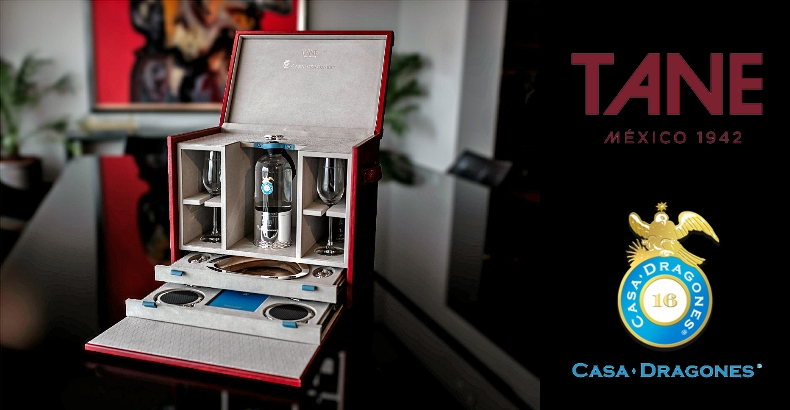 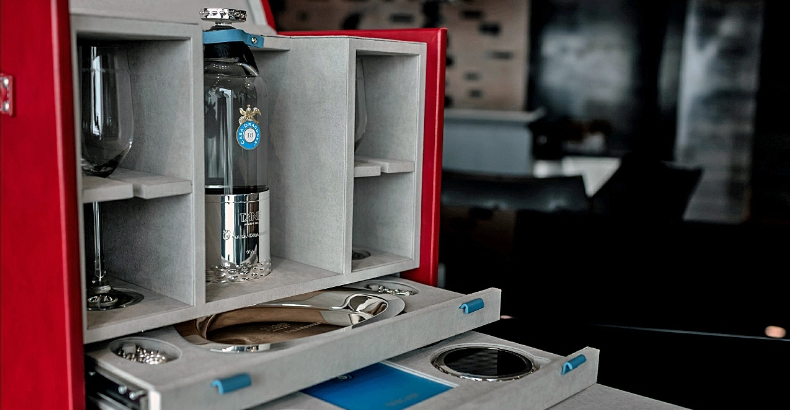 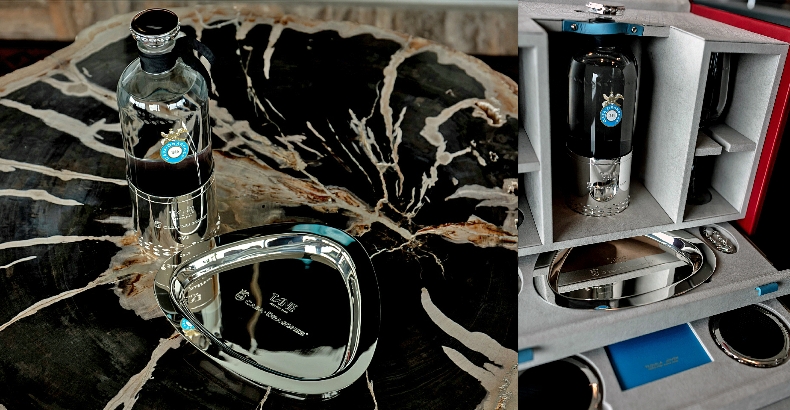 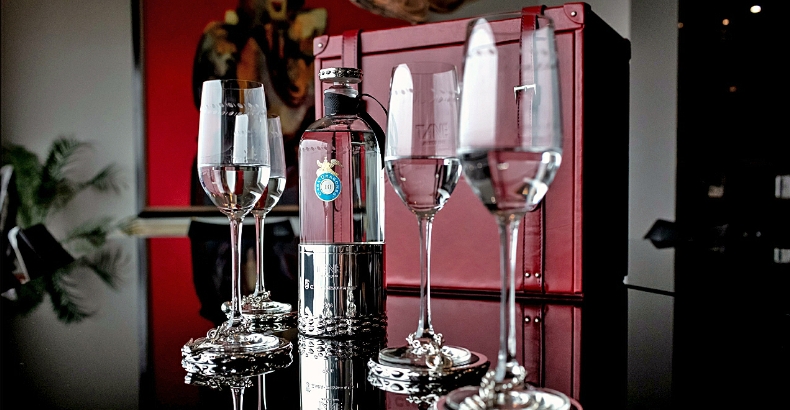 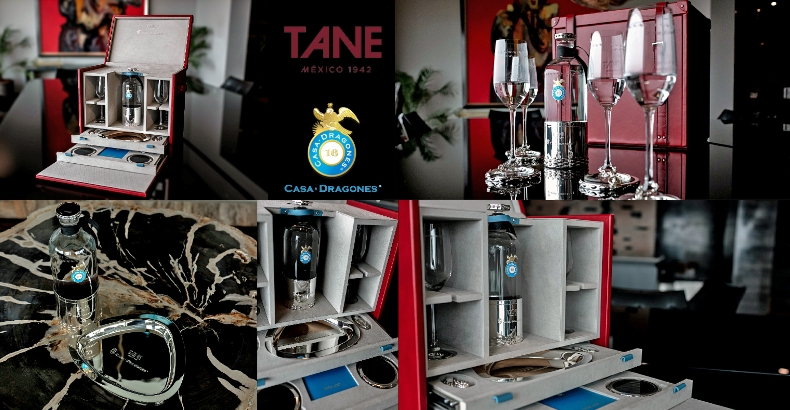 Toward the end of the nineteenth century, French botanist Frédéric Albert Constantin Weber taxonomically classified Mexico’s blue agave; with the plant being officially renamed in 1902 as the Agave Tequilana Weber var. Azul (technically a member of the lily family).  The Norma Oficial Mexicana stipulates that if you want to call it “Tequila,” you’re restricted to using only Agave Tequilana Weber var. Azul plants that have been grown and harvested in the State of Jalisco (and limited parts of the States of Michoacán, Nayarit, Guanajuato, and Tamaulipas).

Forty years later, in 1942, French art collectors, Natalia and Sergio Leites (having fled Paris during WWII) opened TANE, a leather-goods boutique in Mexico City that would, a few years later and inspired by pre-Columbia art, shift its focus to jewelry and silver, designing in a completely Mexican manner.  Their son, Pedro Leitas, would expand production and open TANE workshops; so, by the time the Sixties rolled-around, TANE was prepared for the international cult-status it achieved, catering to the sensibilities of such highfalutin clients as Princess Sophia of Greece and Denmark and her husband, Prince Juan Carlos of Spain (who would respectively become Spain’s Queen Consort and King), the recently widowed (but still pre-Onassis) Jacqueline Kennedy, Henry Ford, Oscar de la Renta, Paloma Picasso, John Wayne, Zsa Zsa Gabor, Brigitte Bardot, Paul Newman, Catherine Deneuve, and the famed star of Latin American stage and screen, María Félix (one of the world’s most celebrated collectors of fine jewelry), for whom TANE created a trio of stackable gold bangles that were set with the phrases María Bonita, Puma Pumita, and Doña Doñita spelled-out in diamonds.

And, jumping ahead to this century, it was 2009 when Bertha Gónzalez Nieves (the first Maestra Tequilera ever certified by the Academia Mexicana de Catadores de Tequila) teamed-up with Bob Pittman (the co-Founder of MTV who, over the past few decades has led such organizations as MTV Networks, Time Warner Enterprises, Century 21 Real Estate, America Online/AOL Time Warner, and Pilot Group, as well as iHeartMedia, Inc., for which he currently serves as Chairman and CEO) and founded Tequila Casa Dragones.

The brand takes its name from the Dragones – a cavalry based in San Miguel el Grande (named for the 16th-century friar, Juan de San Miguel) that was led by Ignacio Allende, the martyred leader of the Mexican independence movement.  After the war, in 1826, San Miguel el Grande (the first Mexican town recognized as independent from Spain) modified its name to San Miguel de Allende, in Ignacio’s memory.  These days, the Dragones’ original stables, now called La Casa Dragones, house Tequila Casa Dragones HQ.  Thus, while grown, harvested, and produced in the Jalisco’s Valley of Tequila; Casa Dragones Tequila claims San Miguel de Allende as its spiritual home.

Tequila Casa Dragones launched with a sole varietal – Joven – a small batch sipping tequila, made from a master blend of 100% Blue Agave silver (Blanco) and extra-aged (Anejo) tequilas, that spends five years resting in new American oak barrels.  The resulting Casa Dragones Joven has become the gold-standard over this past decade, first establishing then dominating the ultra-premium tequila market, and selling for $275 per bottle.  Then, in 2014, Tequila Casa Dragones rolled-out another varietal – Blanco – a small batch tequila made from 100% pure Blue Agave silver tequila crafted to focus on purity and the true essence of agave.  To put it simply, the Joven is meant to be sipped and savored on its own; while the Blanco makes some of the most wonderful Palomas, Bloody Marias, and yes, Margaritas, that might ever pass your lips.

So, what do these things have in common (other than being deliciously Mexi-centric), and why the history lesson?  As you might’ve surmised, it all comes back to Mexico.  In commemoration of Mexican Independence Day, TANE has collaborated with Tequila Casa Dragones on an exquisitely handcrafted limited-edition cocktail set, designed especially for the Casa Dragones Joven.  Only 16 sets have been created, each comprised of 16 pieces, including four pepita-engraved Reidel tequila glasses, four coasters of obsidian set in silver, a quartet of silver glass-identifiers (shaped as hats and agaves), a silver bottle-holder and stopper, and an engraved silver tray (inspired by the heart of the agave), as well as the beautifully-appointed trunk with its supple cochineal leather lined in cinereous suede.  The price: $9,750 (plus tax).

What’s more, each piece can be customized; while each bottle of Casa Dragones Joven can be personalized in calligraphy with a name or a personal message.  Simply contact the Casa Dragones Concierge via phone at (646) 330-4678, or via e-mail at Concierge@CasaDragones.com

Oh, and in case you weren’t picking up on the significance of the number sixteen (16 numbered, limited-edition sets of 16 pieces each), Mexican Independence Day falls on the 16th of September.  Of course, the Holidays for which I’m suggesting it as a gift are slightly over a month from now; so do with that what you will.