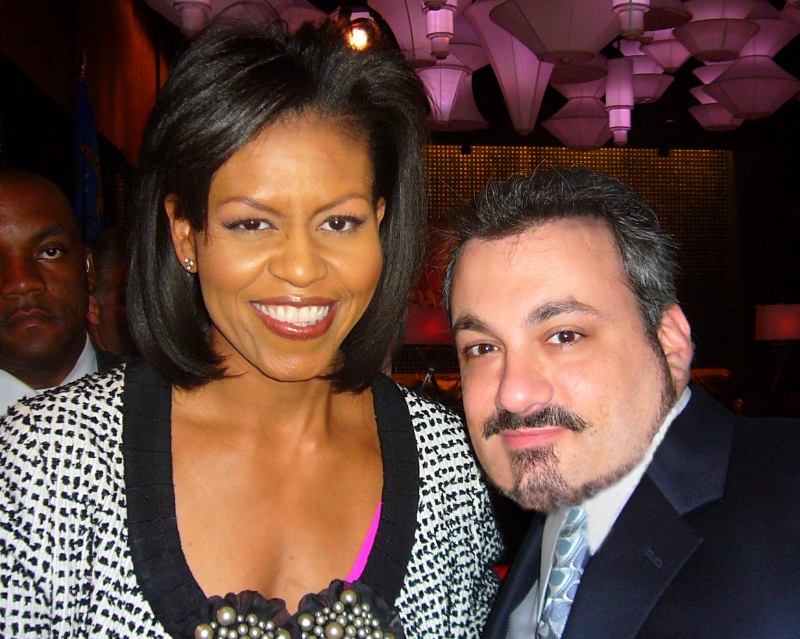 Shulman (b. Michael David Shulman – April 28, 1973 – Seattle, WA) proudly professes that like virtually everything else in his life, he fell ass-backwards into his loves of writing, photography and music. Prior to launching ShulmanSays.com in September 2009, he worked in various capacities (writer, photographer, consultant, editor, DJ, what-have-you) for many of the world’s best known publications, including Vanity Fair, Ocean Drive, PAPER, Condé Nast Traveler, W, BlackBook, US Weekly, BPM, CardPlayer, Los Angeles Confidential, and VEGAS – the last being home to his wildly popular “Diva Las Vegas” column (a name bestowed upon him by nightlife doyenne Amy Sacco, herself). His vast knowledge in the fields of popular culture, luxury, nightlife, travel, consumerism and Las Vegas, as well as his immensely quotable humor have resulted in Shulman’s being cited in publications ranging from The New York Times (“Style” and “Travel” sections) and Departures to gear and The Village Voice. Additionally, Shulman (a veritable walking sound-bite) has become sought-after as a “talking head” on Vh1 (I Love the New Millennium) and Travel Channel (21 Sexiest Vegas Hotspots, America the Wright Way, and Vegas Revolution).

His latest show, Beauty from Above, is being presented by Naomi Arin Contemporary Art, at The Living Penthouse. The show is opening on Thursday, April 21st at 6pm, and features a dozen of Shulman's signature painted photos on canvas. All of the images in Beauty from Above are perspectives of Las Vegas chandeliers.

As for DJing, Shulman has been at it since the age of 14, when he spun at his prep-school’s bi-weekly dances in the middle of theConnecticut woods. Since then, he has played at a wide array of Vegas venues, ranging from lounges such as ghostbar and Blush Boutique Nightclub to larger clubs including Rain, Light and JET; as well as such diverse national hot-spots as New York’s Bungalow 8 and Man Ray and Honolulu’s Diamond Head Grill. He is perhaps best known as being the DJ of choice at intimate events for high-profile clients including Vanity Fair, BlackBook, Dom Pérignon, de GRISOGONO, Tod's Tommy Hilfiger, Wynn Las Vegas, Ted Baker, DKNY, Theory, Judith Ripka, Shanghai Tang, Marciano, and Elie Tahari; as well as special events including the Pre-Emmy’s Party thrown by Los Angeles Confidential for Kyra Sedgwick and the Grand Opening of LAX in Las Vegas where he was sought-out by Pure Management Group to be the first DJ to spin at the venue’s ultra-exclusive VIP lounge, Noir Bar, and by Wynn|Encore to spin at their 2010 Fashion's Night Out event. More recently, he has spun at events for Vogue, UGG, Neiman Marcus, as well as the VIP Opening of La Cave Wine & Food Hideaway at Wynn Las Vegas.

As a tribute to his effervescent joie de vivre, two of the most prestigious nightlife venues in New York, one in London, and one in Las Vegas have cocktails named after Shulman on their menus. Amy Sacco’s ultra-chic BUNGALOW 8 in London is home to “The Shulman Giggle” (made from a chilled double shot of Grey Goose™ Vodka L’Orange with two sugared limes), and its sister property BUNGALOW 8 in New York features “The New and Improved Shulman Giggle” (made from a very chilled shot of Tequila Avión served straight-up with a salted lime), while the venerable LOTUS claimed “The Shulman Fizz” (made from Campari™, fresh orange juice and a splash of soda) as its own. Back in Las Vegas, “TheShulmanita” (a Cajun-style frozen watermelon Margarita made with Patrón™ Silver Tequila and Cointreau™) is all the rage with sun-worshippers at the PALMS POOL.

By way of his enthusiasm for such endeavors and his family’s Shulman Family Foundation, he has become an active philanthropist on a local and national scale, as a vigorous and hands-on supporter of and advisor to such worthy causes as Free Arts for Kids, Human Rights Campaign, Nathan Adelson Hospice, and Keep Memory Alive/Cleveland Clinic Lou Ruvo Institute for Brain Health. Shulman resides in Las Vegas’ tony Spanish Trail Country Club with his husband, Jacob Mitchell (proprietor of Your Gay Best Friend - a by-appointment-only designer vintage business and closet consultation service) and their faithful miniature schnauzer, Sammy. A true ADHD savant, Shulman is working on his first books, a (mostly) fictitious biography, entitled Fabulous by Association and a (mostly) true memoir, entitled Diva Las Vegas: My Life as a Professional Name-Dropper.