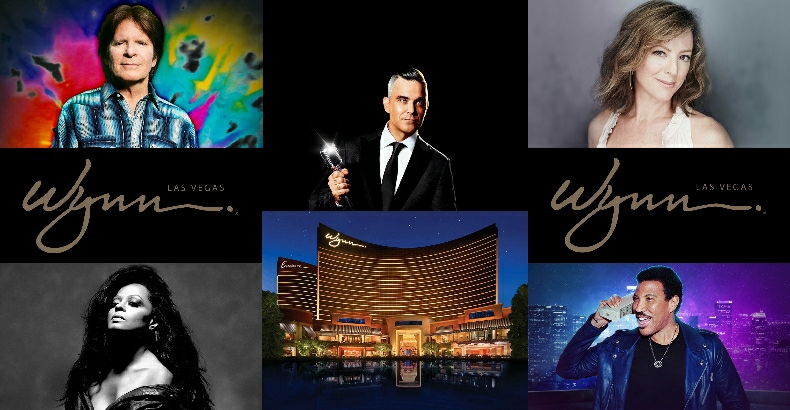 The musical stylings of John Fogerty, Sarah McLachlan, Diana Ross, Robbie Williams, and Lionel Richie have been gathered by AEG Presents Las Vegas to bring their respective residencies and tours to the lovely Encore Theater at Wynn Las Vegas, this season.  Now, seeing as between them, these five artists have sold more than 350 million records, worldwide; I’m gonna assume that unless you live in a cave, you’re familiar with the lot of ‘em.  So, instead of boring you with the same things you’ve read time and again, I figured that for each artist I’d list some of my favorite songs, the genres for which they’re known, any associated acts, the number of records they’ve sold around the world, some notable honors and awards, and a kernel of trivia.  Check it out!