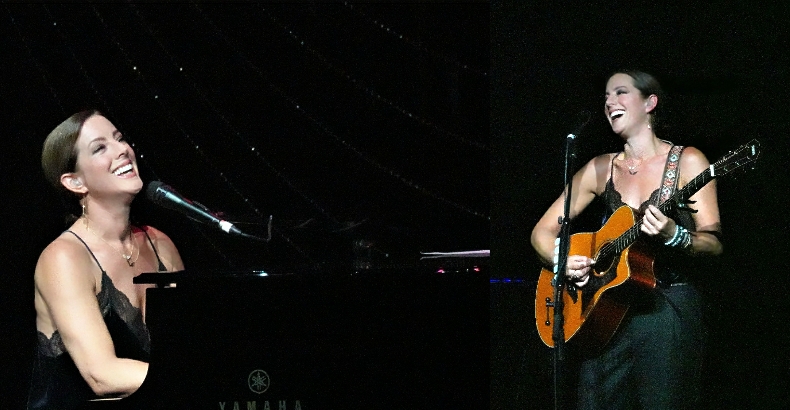 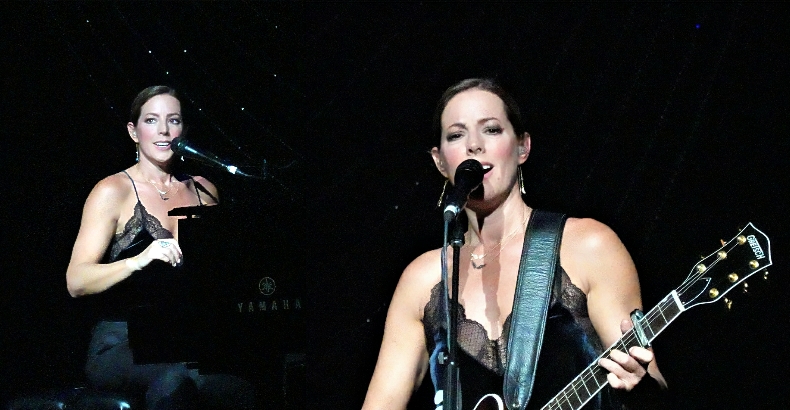 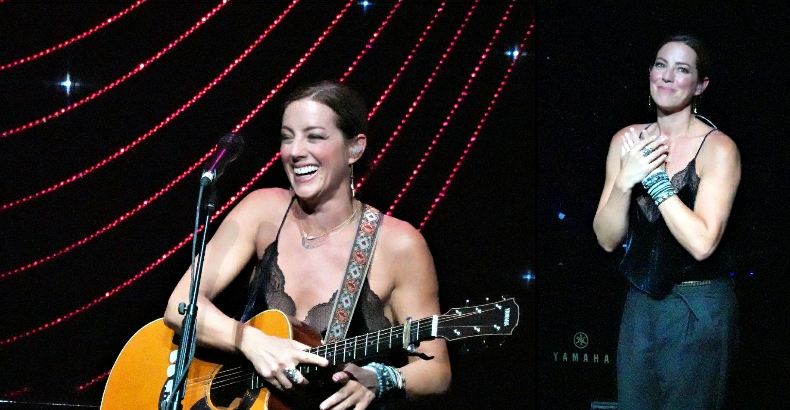 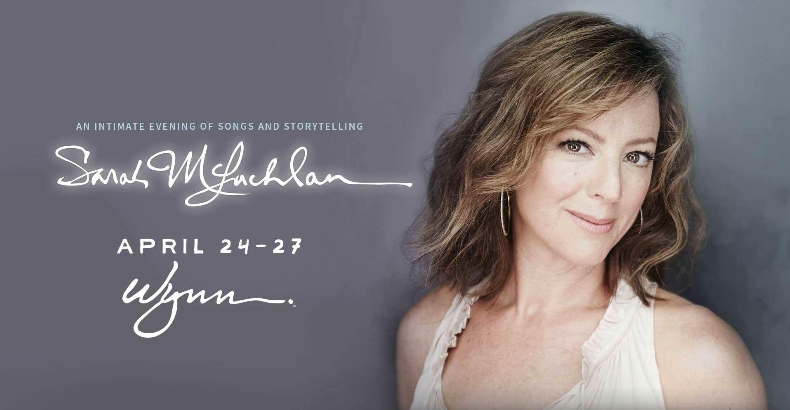 Sarah McLachlan entered the stage of Wynn Las Vegas's Encore Theater, sat down at her Yamaha piano, and began the evening by telling a funny story (something she’d do throughout the evening), before playing  “In Your Shoes” (a song she wrote in 2014, on the passing of her father) and dedicating it to Nobel Peace Prize laureate, Malala Yousafzai.1

Some artists are good at the banter, and others not-so-much.  Fortunately for those of us at Wynn, that night, McLachlan is decidedly in the former camp, and shared both personal stories about family, and a few downright hilarious observations, in a program that was very Vh1 Storytellers-y in format, and consisted of McLachlan (on vocals, piano, acoustic guitar, electric guitar, and ukulele) with the perfect dose of accompaniment, by the talented Vanessa Freebairn-Smith (acoustic guitar, cello, hand-shaker, finger-snapping, and backing vocals), on all but three songs.2  And while I never would’ve expected to be laughing throughout a Sarah McLachlan concert, it was a lovely comedic relief for a singer/songwriter who isn’t really known for composing upbeat or cheery songs.

The next interlude found McLachlan telling about a sweet couple who’d come to her meet-and-greet, earlier that day — an opportunity the future groom used to propose to his sweetie.  Apparently, a number of fans over the years have told McLachlan that they used her song “Possession” (1993) in their weddings (some even using it for the bride’s walk down the aisle).  McLachlan told us that while flattered, she’s always a bit taken aback, as she’d written the song about a stalker and is sung from his point of view; 3 so, she usually just smiles and says, “I hope that worked out for you!”  Then she played for us the solo piano version, which is decidedly more somber and melancholic than the single; after which the entire audience seemed to exhale simultaneously as if everyone had forgotten to breathe during the song.

Next, the artist introduced an “old song” then laughingly exclaimed “Shit, 30 years,” before beginning to play “I Will Remember You,” a song that originally appeared on the soundtrack for Ed Burns’ directorial debut, The Brothers McMullen (1995).  Afterward, she looked up and proclaimed, “What a beautiful little theater!”

“Adia” (for which McLachlan was nominated for a GRAMMY in 1999, for “Best Female Pop Performance”4), followed, but first came the very personal story behind it.  In a nutshell, she ended up marrying her best friend's boyfriend; but then they reconciled years later after both women had gotten divorced.  And somehow, she again managed to find the humor in something not seemingly funny.

“You know I really only have one song, right?  I just change the lyrics and adjust the melody, but it’s all just the same song!” McLachlan joked, before launching into “Good Enough” (1993), and perhaps my favorite late-cannon Sarah McLachlan song, “Building a Mystery,” on which she played the electric guitar, with gusto.

And while I don’t have the space to go through McLachlan’s set-list in its entirety, she performed every song a fan could’ve hoped to hear — including “Sweet Surrender” (1998) and one of my faves, 1993’s “Ice Cream,” saying of the latter that while she doesn’t exactly write the kinds of songs that get audiences out of their seats, it’s the closest thing to a sing-along she’s got — and then some.   And by the time she concluded her three-song encore — “Wilderness,” (a new song), “Angel” (aka the really sad 1998 song that plays in those ASPCA commercials with the one-eyed cat, the trembling three-legged dog, and the starving horse with mange…), and 2014’s “The Sound that Love Makes,” on which she played a wicked ukulele — she’d played and interacted with the audience for nearly two hours.

[Editor’s Notes: 1 Yousafzai received the Nobel Peace Prize in 2014 (with India’s Kailash Satyarthi), at the age of 17; making her the youngest Nobel laureate, to date // 2 McLachlan played without accompaniment on “In Your Shoes,” “Possession,” and “Wilderness” // 3 “Possession” was inspired by McLachlan’s own stalkers, one of whom actually sued her, claiming that she’d written the lyrics using the love poems he’d mailed her, as their basis; though he committed suicide before the case could go to trial // 4 The 1994 GRAMMY for “Best Female Pop Performance” went to Celine Dion for “My Heart Will Go On”]