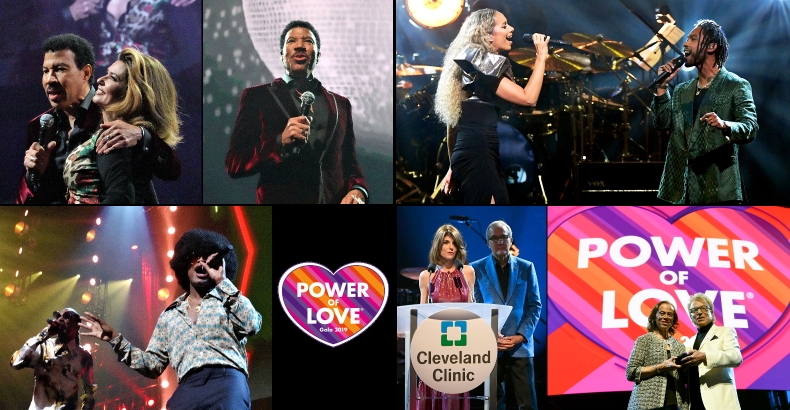 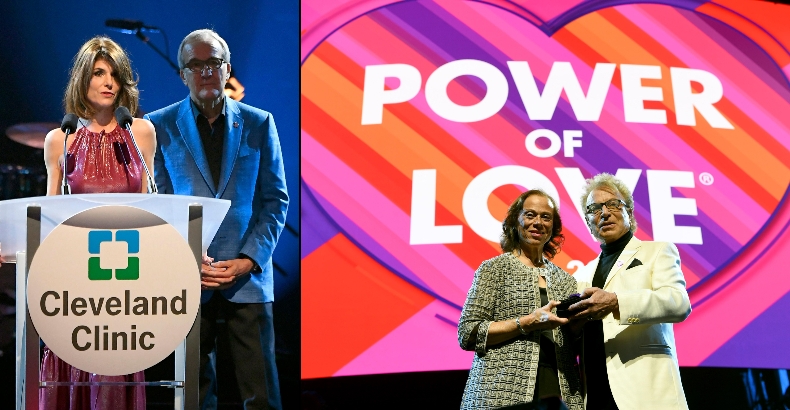 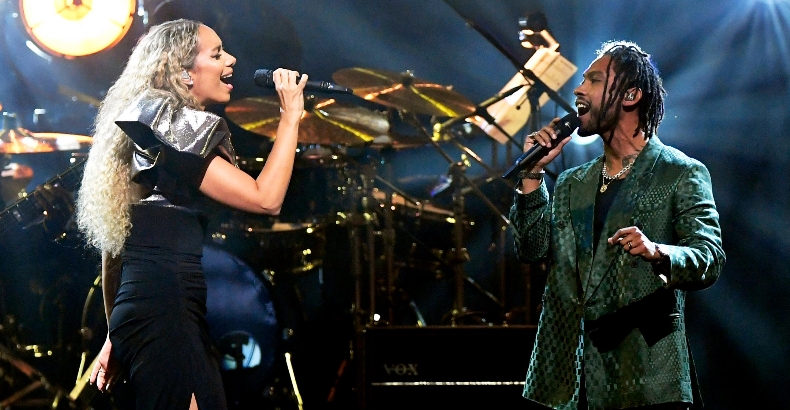 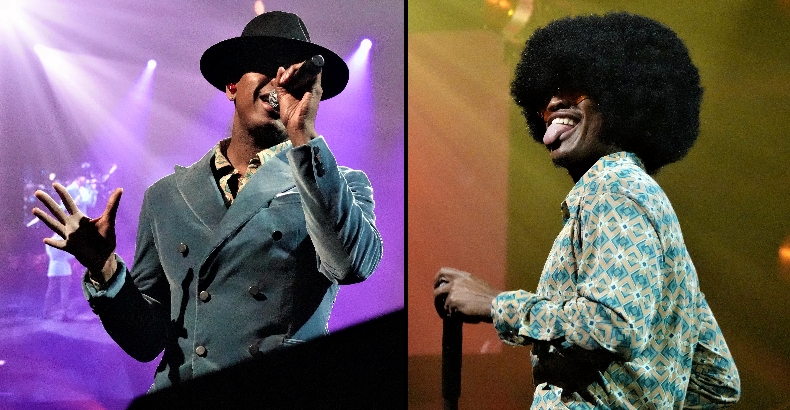 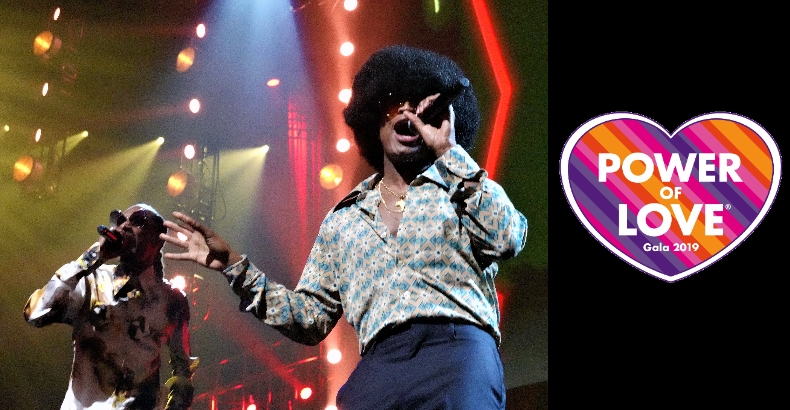 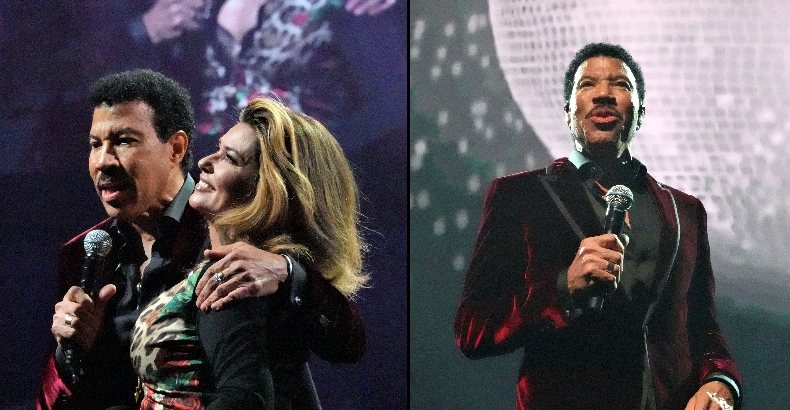 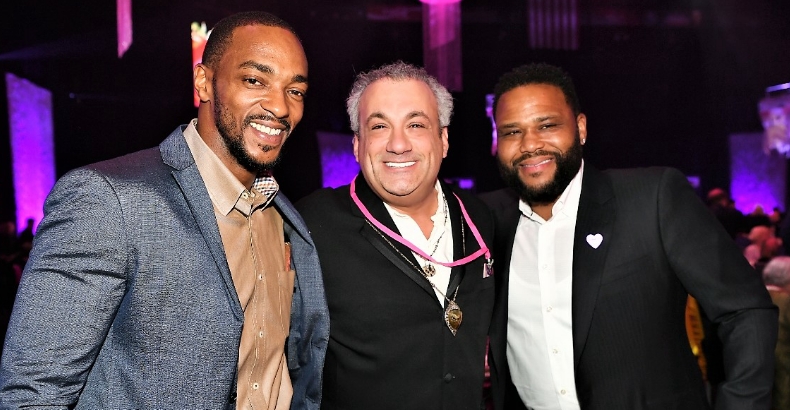 The duo performed a trio of songs that included Cy Coleman and Carolyn Leigh’s 1959 standard “The Best is Yet to Come” (best known for being the last song Frank Sinatra performed, in public); Mamie Watts and Sid Wyche’s 1955 composition, “Alright, Okay, You Win” (originally composed for the Count Basie Orchestra, and taken to the top by Miss Peggy Lee); and Duke Ellington and Irving Mills’ swing-tastic “It Don’t Mean a Thing (If It Ain’t Got That Swing)” that concluded with [Jordin] Sparks scooting and [Dan] Orlando scatting, with a flair not seen since the passing of the late, great Mel Tormé.

The above passage recounts one of my favorite duet-pairings from Keep Memory Alive’s annual Power of Love™ gala; specifically, when Jordin Sparks and Dan Orlando teamed-up in 2016 at the blockbuster charity gala’s 20th Anniversary, celebrating the 90th birthday of the great Tony Bennett.  Even on a bill that included stunning performances by Andra Day, James Cordon, and Steven Tyler (not to mention the event’s nonagenarian honoree), and a gorgeous duet by Herbie Hancock and Chris Botti; we knew we were witnessing something special, and people were talking about it for weeks, afterward.

This year, the gala was honoring Lionel Richie and presenting an award to Lonnie Ali.  And, comme d’habitude, the duets were the hot topic discussed at the afterparty, and later.  And while those in the know were all aflutter for Leona Lewis and Miguel’s dramatic take on Richie’s “Endless Love” (originally recorded by Richie and Diana Ross, in 1981, it is considered the most successful duet of the rock era); I can’t recall ever seeing a room of such finely attired swells lose their respective minds, as I did when NE-YO (already onstage after performing a smolderingly smooth rendition of The Commodores’ Richie-penned 1977 soul ballad “Easy,” accompanied by five-time MLB All-Star turned acclaimed jazz musician, Bernie Williams) donned an afro wig, and was joined in performing The Commodores’ 1977 funk classic, “Brick House,” by rapper-producer (and Martha Stewart-chum), Snoop Dogg.

Another highlight of the evening was the presentation of the Keep Memory Alive Caregiver Hero award to Lonnie Ali by Siegfried Fischbacher, a previous recipient.  Ali – wife of the late GOAT, Muhammad Ali – received the honorific for the grace and selflessness with which she went above and beyond to care for one unable to care for himself.  In accepting her award, Ali expressed joy to be honored, not simply as the wife of Muhammad Ali, but rather, as his care-partner and caregiver.  Looking magnificent, Ali radiated a kind of gentle regality both in person and from the stage.

Later, Shania Twain took to the stage to present her friend Lionel Richie with an award honoring both the impact his musical contributions have made to the world, as well as his longtime support of Keep Memory Alive.  Said Twain during her introduction of Richie, "He's my buddy, my pal, he's a lifesaver and a really wonderful friend. I'm happy to be here for him. I have a personal interest in the cause. My grandmother had Alzheimer's. It's a very devastating disease and we just need more awareness."

Twain, meanwhile, had already set tongues wagging when, on the purple carpet, she hinted to her return headlining a Las Vegas residency show, teasing "I will be singing somewhere.  I wonder where that is going to be."

Bringing the night home, Richie told the audience, "What you all are doing tonight is helping mankind and actually making a difference in the world. I'm so proud to be here tonight to share this award," before singing his 1984 soft rock ballad, “Hello,” and his 1986 pop sensation, “Dancing on the Ceiling.”