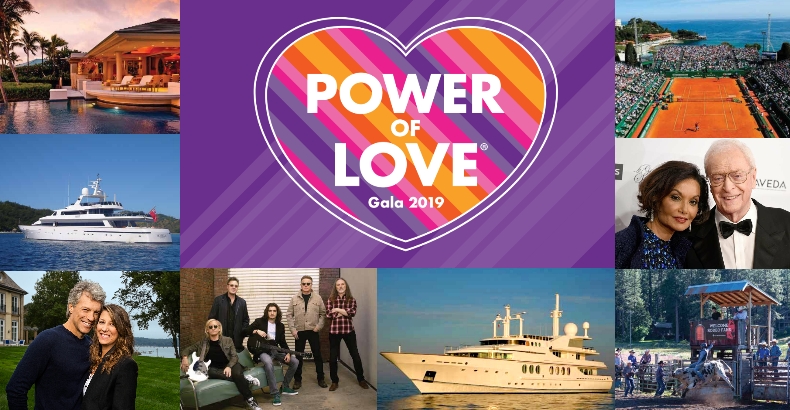 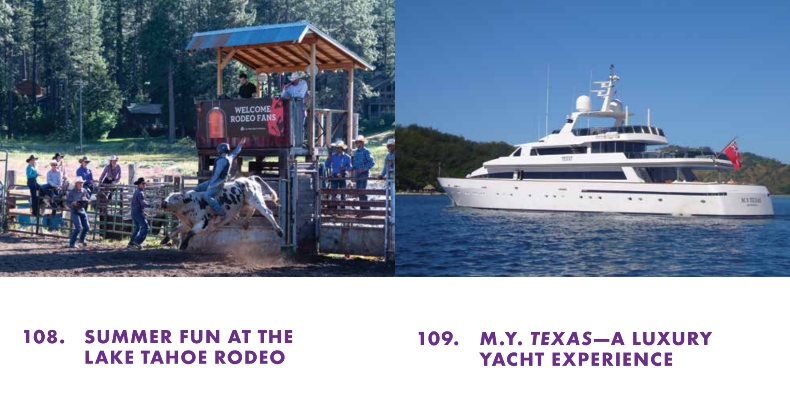 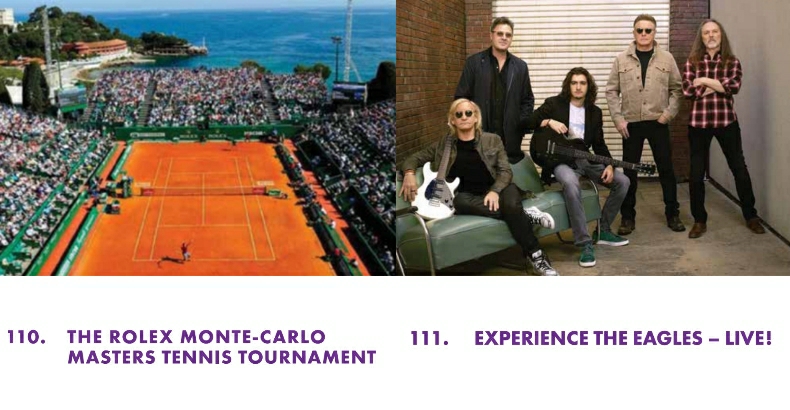 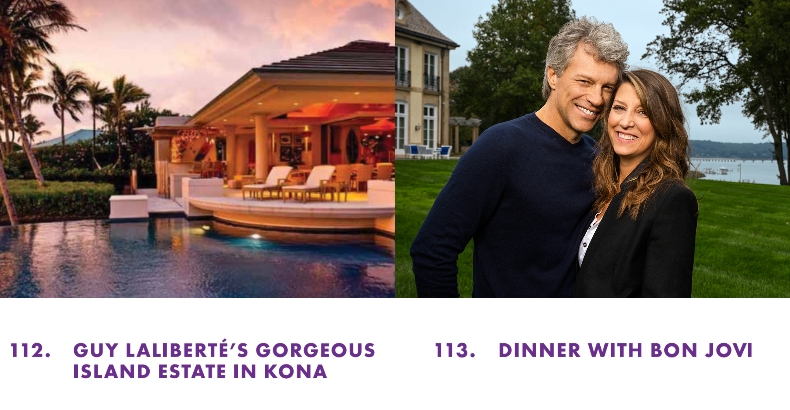 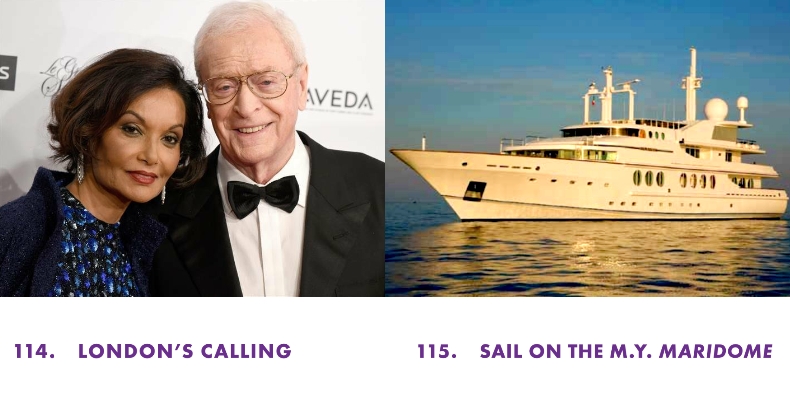 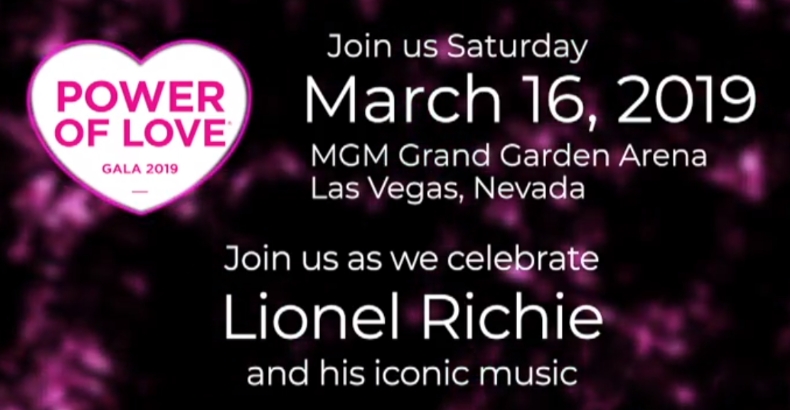 Your winning bid will provide a fabulous vacation and unforgettable memories beginning with accommodations for a family of four or two couples at the Ruvo family’s beloved Shakespeare Ranch, in beautiful Glenbrook, Nevada.  On Friday, you and your guests will experience the thrill of a true American pastime: the legendary Shakespeare Ranch Summer Social and Rodeo. Festivities include bull riding, barrel racing, carnival games, dancing, and a barbecue.  On Saturday afternoon, you will be welcomed for a VIP luncheon hosted by Lori and Michael Milken on the majestic shores of Lake Tahoe.  On Saturday evening, you will be treated to an intimate culinary experience prepared by superstar chef Emeril Lagasse, who is sure to (“Bam!”) take it up a notch. What’s more, dinner will be followed by an exciting performance by a headline entertainer!

Spend seven days and six nights sailing off the coast of Australia aboard the luxurious M.Y. Texas, a 45-meter superyacht. The yacht sleeps up to ten guests and features three large outdoor dining areas on each deck. A professional crew will ensure that you have a smooth sailing experience while you soak up the sun and enjoy the spectacular scenery of the Australian Coastline.

This package — a four-night trip to Le Rolex Monte-Carlo Masters tennis tournament, April 16–20, 2020 — is a tennis lover’s dream come true. The tournament is a player- and fan-favorite because of its magnificent location, the Monte-Carlo Country Club which overlooks the Mediterranean, and its long tradition of champions. The tournament is held during an extraordinary time of year in Monte Carlo and draws most of the world’s top tennis stars, making tickets nearly impossible to find!  You’ll stay at the iconic Hôtel de Paris Monte-Carlo. The hotel, recognized as one of the most luxurious in the world, recently underwent renovations that honor its soul and signature features but bring the historic property into the 21st century!  The lucky winner of this package will receive the following: Four tickets to the semifinals and finals of Le Rolex Monte-Carlo Masters tennis tournament / Two junior suites at the Hôtel de Paris Monte-Carlo / Lunch or dinner for four at the private Yacht Club de Monaco / Dinner for four at Le Grill, a gourmet restaurant at the Hôtel de Paris Monte-Carlo, overlooking the harbor / Lunch or dinner for four at the members-only Automobile Club de Monaco

You and seven friends, or two groups of four, will enjoy a performance from The Eagles – Don Henley, Joe Walsh, and Timothy B. Schmit, with Vince Gill and Deacon Frey – at their only 2019 North American concert at Las Vegas’ MGM Grand Garden Arena, from seats in the first five rows.  Massive hits such as “Hotel California,” “Take it Easy,” and “Life in the Fast Lane” from the six-time Grammy Award winners are sure to make your night ultra-special.  As a special addition to this package, donated exclusively to the Power of Love™, you and your friends will also get to meet the extraordinary musicians! The Eagles members rarely host meet-and-greets at their shows, so this is truly the opportunity of a lifetime!

Up to twenty guests in ten guest rooms will indulge for seven days at the ultimate in island-style luxury at Hawaii’s most exclusive retreat—Guy Laliberté’s Kauhale Pilialoha. The nearly 21,000 square feet of stunning architecture seamlessly blends with the beautiful, natural environment of Hawaii.  Enjoy seven days and six nights in the tropical breezes of the Cirque du Soleil founder’s Big Island estate on the Kohala Coast.  This elegantly appointed mansion features ten guest rooms in total within the master bedroom villa and three guest villas. During your stay, Kauhale Pilialoha’s staff, including two housekeepers and a house manager, will be there to make you feel right at home.

Bon Jovi is one of the most iconic rock bands of all time, with hits such as “Livin’ on a Prayer,” “Bad Medicine,” and “It’s My Life.” This once-in-a-lifetime experience includes dinner in East Hampton or New York City with the band’s namesake founder and front-man, and his wife, Dorothea.  You and seven guests will dine on incredible cuisine prepared by a celebrity chef and talk with the musician and his wife about his unbelievable career. What a spectacular way to spend the evening! You’ll also take home a case of Jon Bon Jovi’s Diving into Hampton Water Rosé, and a signed guitar.

What better way to experience London than dinner with the fabulous Sir Michael Caine and his lovely wife, Lady Shakira. You and a guest will indulge in delectable cuisine at CUT in London, where you’ll have the entire evening to enjoy the company of this screen legend.  In addition to sightseeing and taking in the hustle and bustle of this beautiful city, you will take a guided tour of Cleveland Clinic’s London location, with Dr. Brian Donley, CEO of Cleveland Clinic London. The 205-bed facility is set to welcome patients in 2021 and is located near Buckingham Palace. It is the clinic’s third international location. Your trip to London also includes two nights at a five-star hotel.

Spend seven days and six nights sailing the Mediterranean or the Caribbean aboard the luxurious M.Y. Maridome, a 54-meter superyacht. The yacht sleeps up to ten guests and features three indoor and two outdoor dining areas, a swimming pool, a fully equipped gym, and a cinema.  A professional crew will ensure that you have a smooth sailing experience while you soak in the sun and enjoy the spectacular scenery.