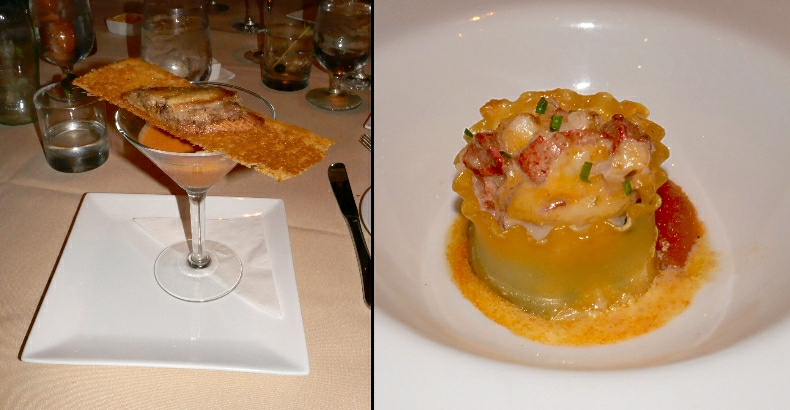 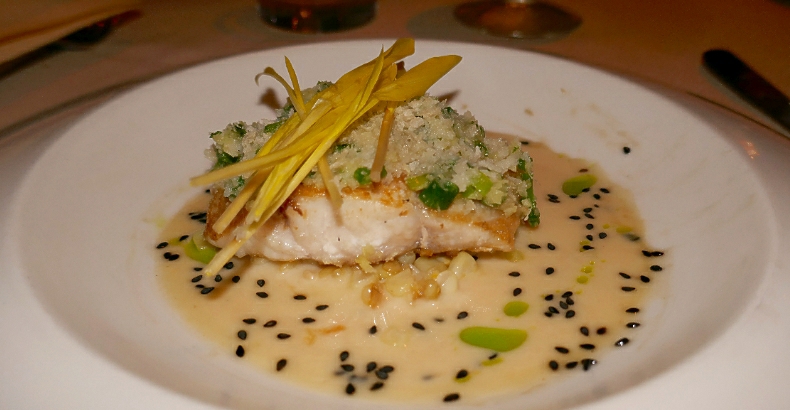 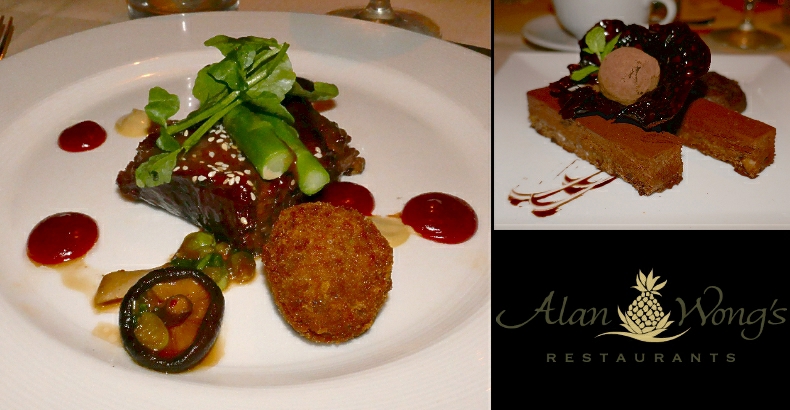 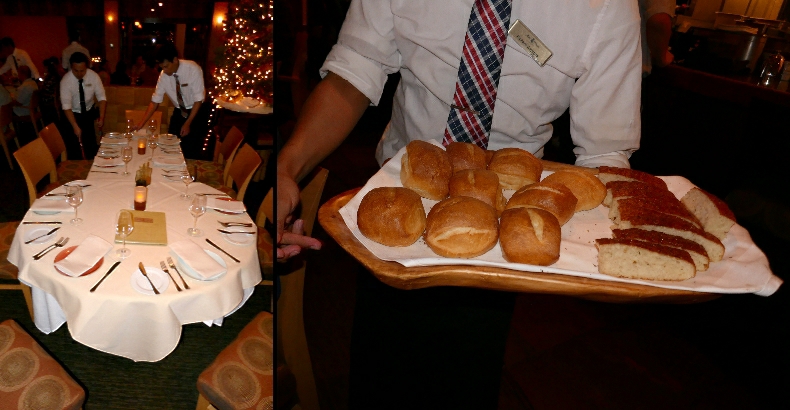 As one of the 12 co-founders of Hawaii Regional Cuisine (alongside such chefs as Peter Merriman, Roy Yamaguchi, Bev Gannon, and Sam Choy), Alan Wong is a gastronomic god in the fiftieth state; and his profile has only grown over the past decade.  He was a guest judge on the two-part Season 2 finale of Bravo’s Top Chef (January 2007), where the contestants were greeted in Hawaii, with a Wong-hosted luncheon, at which he challenged them to cater his upcoming birthday luau.  Then, a few years later, President Barack Obama invited Chef Wong to oversee the 2009 White House Congressional Picnic, where he prepared a luau for the members of Congress and their families.  If these two events teach us anything about Wong, it’s that you can take the chef out of Hawaii...  (You know the rest.)

This year, on my family’s annual Hawaiian holiday vaycay, we made our semi-annual pilgrimage to Alan Wong’s – the chef’s eponymous King Street restaurant, located on the third floor of an office building in downtown Honolulu.  There, due to a last minute addition to our party, the restaurant had improvised, and pushed a round table against a rectangular table, which despite looking awfully phallic, worked fabulously for our purposes (though, as is my lot in life, I was seated in the taint).

With a group of a dozen or more, sometimes it’s just easier to order a tasting menu.  A five-course, prix-fixe meal, with wine pairings, the Menu Tasting is available at Alan Wong’s, but only to the entire table (or not at all).  So, with the exception of our one vegetarian member (who took my wine*) that’s what we did.

We started with the Soup and Sandwich (chilled tomato soup, with a grilled foie gras, Kalua pig, and mozzarella cheese sandwich).  The soup, served in a martini glass, was delightful.  Not one for foie gras, I fobbed mine off on my sister, but thought the presentation was clever and the flavors mixed beautifully.

Next came the Keahole Lobster and Shrimp Lasagna (with garlic tomato sauce).  A deconstructed lasagna, with the pasta wrapped around the circumference, and filled with huge morsels of lobster and shrimp.  It was good, garlicky, and the perfect size for a multi-course meal.

The real revelation of the evening, for me, was the fish.  When I think of eating fish in Hawaii, my mind immediately goes to ahi (tuna – either yellowtail or bigeye), mahi mahi (Pacific dolphinfish, aka dorado), ono (wahoo), and opakapaka (short-tail pink snapper).  But Wong flipped my script, re-introducing me to the wonderful world of onaga (long-tailed red snapper) with one of his signature dishes, Ginger-crusted Onaga (miso sesame vinaigrette, mushrooms, and corn).  Wow.  This was the dish that stuck in all of our minds.  Each flavor stood out, without overwhelming any of the others, so you could take a bite, and savor the ginger or the sesame, without it taking over the dish.  Way to go, Wong!

Perhaps it was the copious amounts of bread I ate, slathered in Alan Wong’s mind-blowingly amazing chili effusion aioli (basically a ramekin of deliciousness); but I was getting full, and was running out of steam (not to mention room in my stomach) when we were served the Twice-cooked Short Rib, Soy Braised and Grilled “Kalbi” Style (with a gingered short rib croquette, and kochu jang sauce).  The croquette was especially tasty, and the grilled short rib was tender and succulent.  But after a few bites, my stomach signaled to me that it was closed for business.

Thus, I was unable to dig into the Waialua Chocolate “Crunch Bars” (milk chocolate macadamia nut crunch, bittersweet chocolate mousse); which worked-out for the best, seeing as I’m allergic to macadamia nuts.

I left Alan Wong’s as big of a fan as when I arrived; and I’ll return as such, next time.  Mahalo!

[Editor’s Note: This whole wine hand-off became mired in hilarity.  Feel free to ask me about it, in person!]