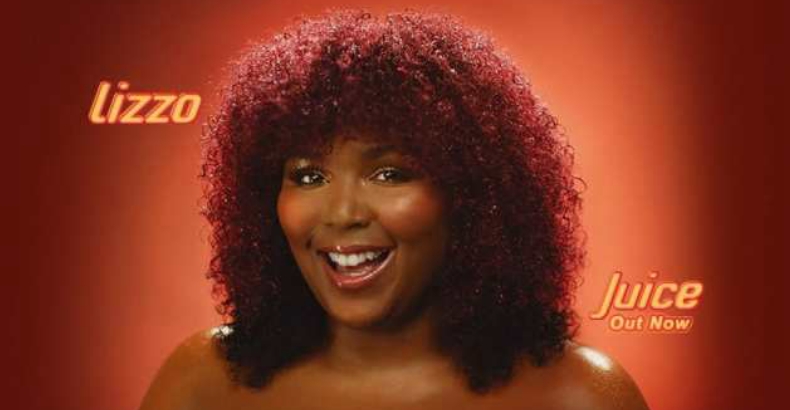 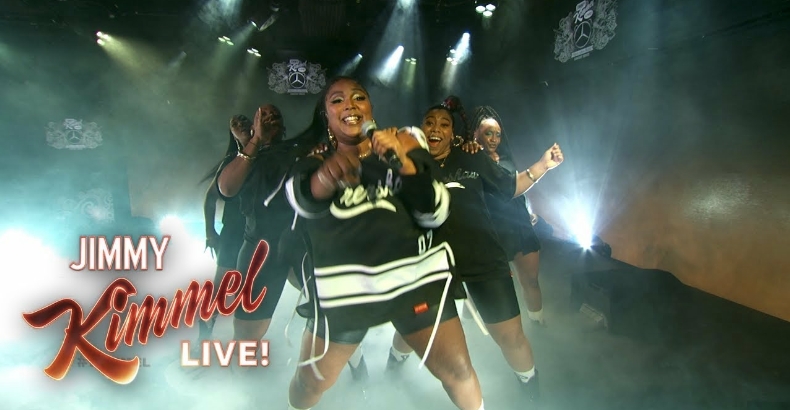 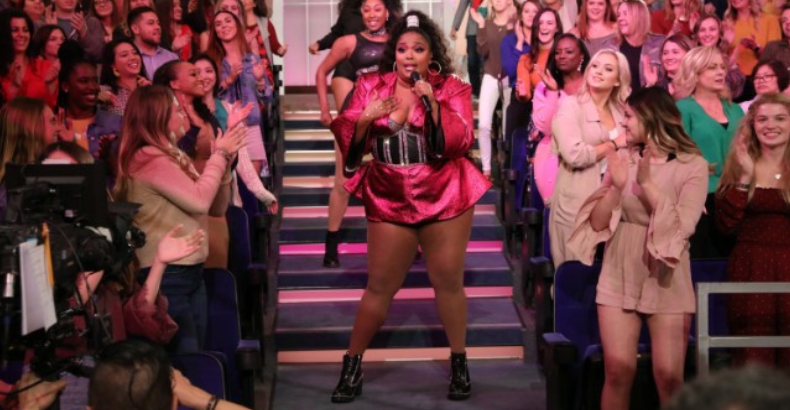 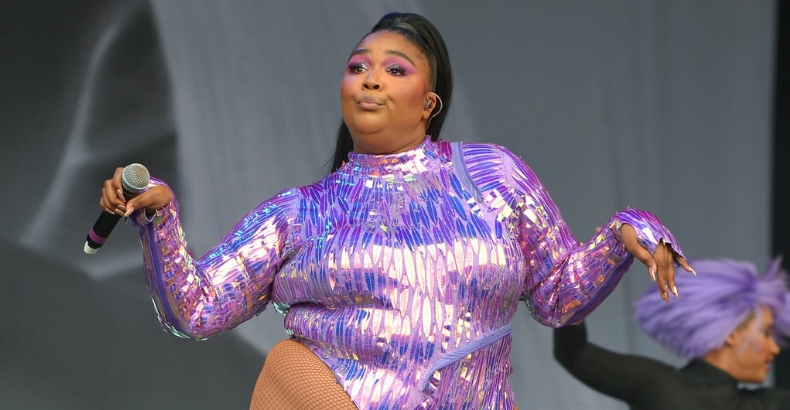 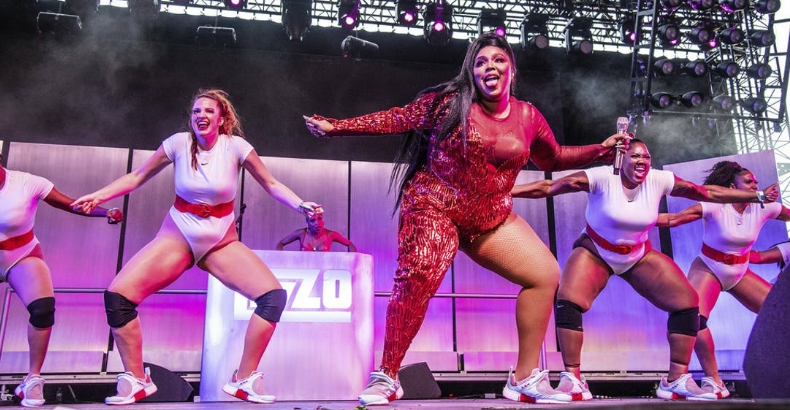 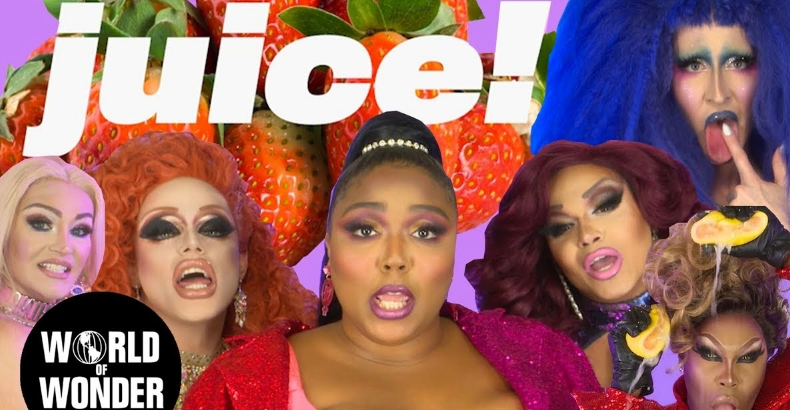 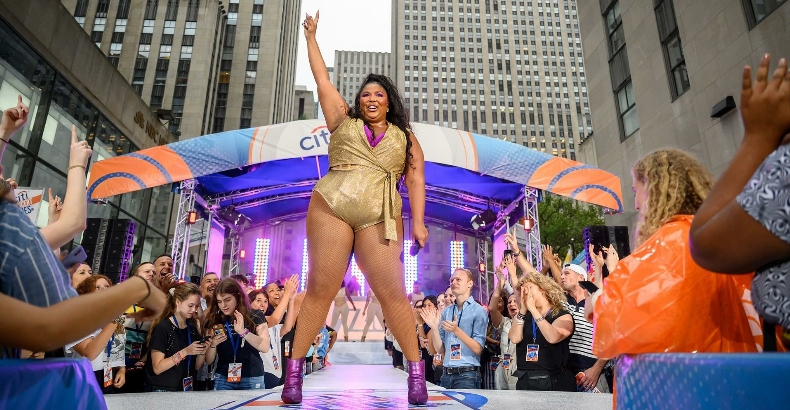 I first arrived at the Lizzo party, when her song “Good As Hell” was played in the teasers for TNT’s then-upcoming series, Claws, in early 2017; and by the time I saw her supporting HAIM on their 2018 Sister, Sister, Sister Tour, I knew she was a musical force with which to be reckoned.  Between her messages of empowerment, self-love, and body positivity, and the fantastically upbeat throwback funk jams she was serving, the virtuosic flautist/singer/rapper was giving me life!

Getting this year started on a particularly high note, Lizzo dropped “Juice” (the first single from her first major-label LP, Cuz I Love You) on January 04, 2019 – and, as she so eloquently sings in the song, she deftly proves that she’s “not a snack, at all,” but rather “the whole damn meal.”  That same day, the Quinn Wilson-directed video for “Juice”—that references such ‘80s-era mainstays as workout videos, late-night talk shows, infomercials, and (my favorite) the Soul Glo commercials from 1988’s Coming to America—was released on YouTube, and has since been viewed more than 49 million times.

Then, to promote the April 19, 2019 release of the Cuz I Love You album, Lizzo teamed-up with World of Wonder to shoot a bonus version of the “Juice” video (17 Apr 2019), featuring RuPaul’s Drag Race alumna [A’keria Davenport, Asia O’Hara, Detox, Mariah Balenciaga, Mayhem Miller, Morgan McMichaels, Silky Nutmeg Ganache, Soju, and Sonique] squeezing and goofing with various fruits, including a banana (prompting the fun-loving fluter to Tweet “I tried to deep-throat a banana, and all I got was this lousy music video!”).

She would also perform the song as part of her sets at major music festivals including Coachella Valley Music and Arts Festival  (14 Apr 2019 and 21 Apr 2019) where, despite serious technical difficulties that plagued the venue’s sound, Lizzo and her squad (including a DJ and her back-up dancers, the Big Grrrls) put on fabulous shows, performing “Juice” as her finale on both weekends; as well as the UK’s much-revered Glastonbury Festival (29 Jun 2019).

But the thing that really cemented (for me, anyhow) that “Juice” was the most pop-culturally relevant song of 2019 was the diverse array of artists—including the Seattle Rock Orchestra, Kelly Clarkson, the Ska Tune Network, Puddle’s Pity Party, and Harry Styles (whose 18 Dec 2019 performance for the BBC’s Radio 1 Live Loung has already been viewed more than 3.75 million times on YouTube)—who would perform versions of the infectious track, regardless of their respective genders, races, or ages.  Check-out my favorites, in Part 2 of this article.

In the meantime, if you’re really hankering to see Lizzo, make plans to spend New Year’s Eve in Las Vegas, where she’ll be ringing-in 2020, with her return to The Chelsea at The Cosmopolitan of Las Vegas.

Get into it!
#Lizzo