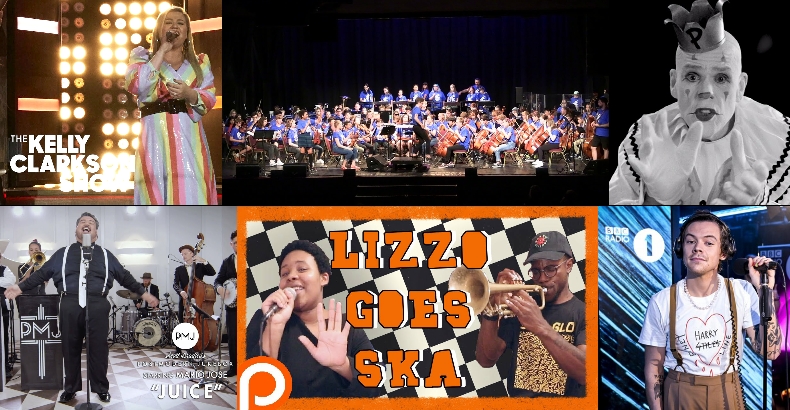 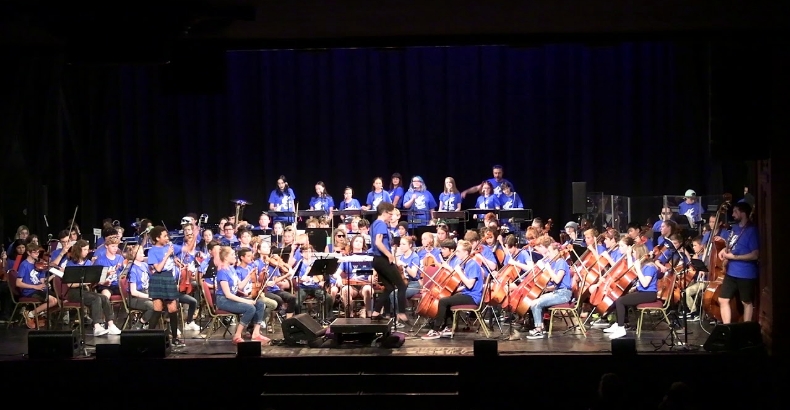 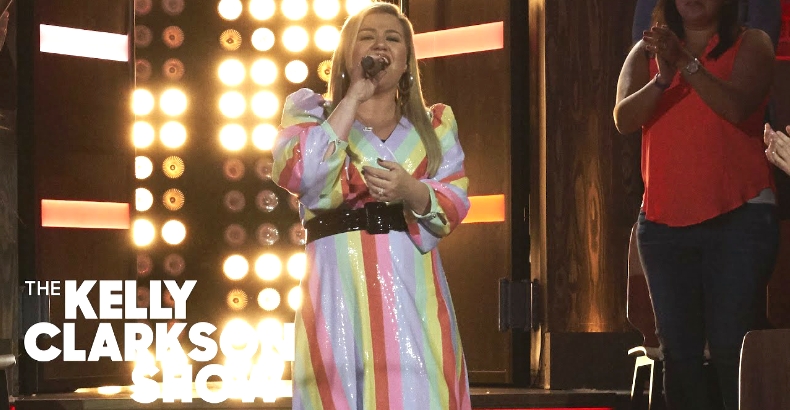 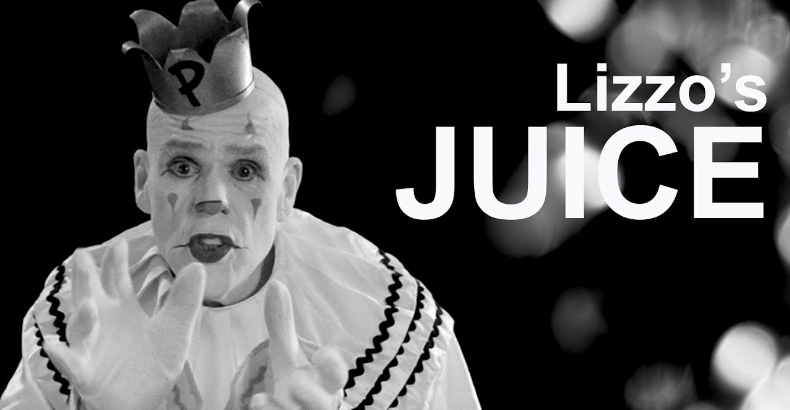 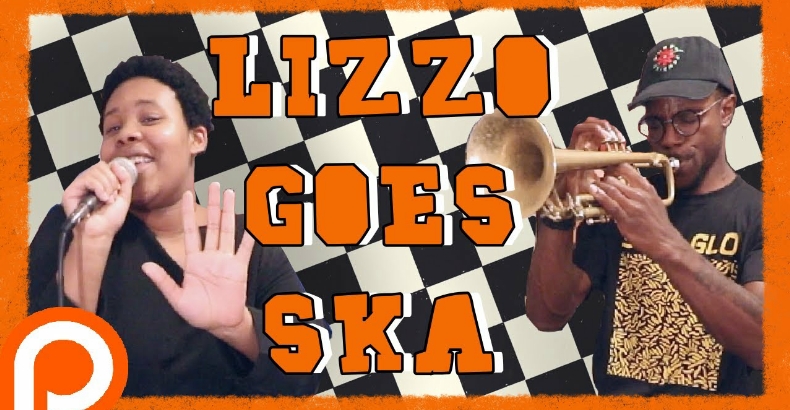 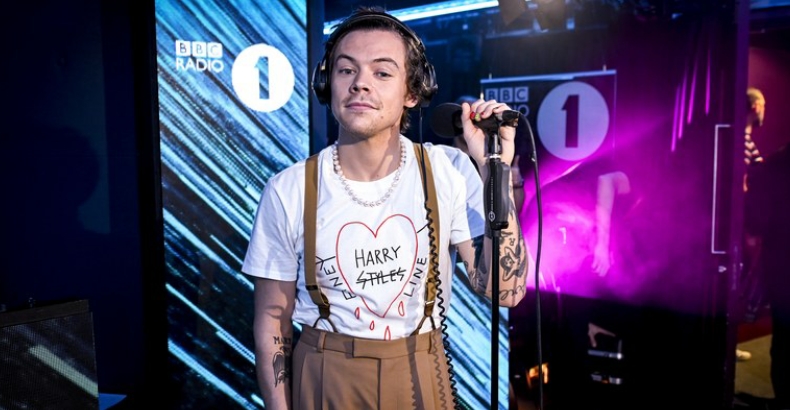 As mentioned in Part 1 of this series, one of the things that signaled Lizzo’s single “Juice” as the most pop-culturally relevant song of 2019 was the diverse array of artists who performed covers of the catchy track, regardless of their respective genders, races, or ages; each unique, but all decidedly reveling in the song’s message of self-love and empowerment.  Following are my faves, in the order that they were posted to the Interwebs.

Founded in 2008 by Scott Tuske to showcase music and the arts’ power to heal, nourish, inspire and invigorate; in 2012 the Seattle Rock Orchestra introduced the SRO Summer Intensive – a weeklong summer day-camp for middle and high school musicians; the 2019 session of which provided the following take on Lizzo’s banger.  And while I do wonder about how appropriate or not it is to have tweens and teens (even ones as talented as these) sing about loosening-up by drinking Grey Goose Vodka, this invigorating symphonic take is gonna set your feet a-tapping.

Kelly Clarkson is perhaps one of contemporary music’s greatest fans, which is part of what endears her to her vast legion of fans; so it’s particularly telling that The Kelly Clarkson Show begins each episode with her incredibly popular ‘Kellyoke’ segments [which begs the question of which covers she’ll be performing alongside her own songs, in her upcoming Live Nation Las Vegas-presented residency show, Kelly Clarkson: Invincible, beginning on April 20 (aka Four Twenty), in the Zappos Theater at Planet Hollywood]. At the end of September, “Juice” received the ‘Kellyoke’ treatment, and daytime television is all the better for it.

Ever since the mid-aughts, the 6’ 8” Michael Geier has intrigued, amused, perplexed, and entertained audiences around the globe (and as of this past January, as a Las Vegas headliner thanks to a residency on Cleopatra’s Barge at Caesars Palace) as his alter-ego, the Pagliacci-like clown with the beautiful baritone, Puddles Pity Party.  Puddles neither speaks, onstage, nor does he ever break character (even in his rare interviews); choosing only to communicate via his somber cover-versions of songs from Tom Waits, David Bowie, and Johnny Cash, to Adele, Lorde, and now, Lizzo, as seen in his cover of “Juice” performed in the Quiet Storm style.  Said Puddles, “I don't understand some of the references in it, but I love me some Lizzo…And yes, that's really my voice. I didn't know I could do that before.”

Started by Scott Bradlee in 2011, Postmodern Jukebox is another familiar face (or group thereof) familiar to Las Vegas audiences; though perhaps not familiar enough, as the Postmodern Jukebox Hideaway bid farewell to The Mirage’s 1OAK, in late-July.  Among the more than seventy different performers who have joined PMJ's tours of every continent except Antarctica, is LA-based pop-singer Mario Jose, who—fresh off of PMJ’s Welcome to the ‘Twenties 2.0 Tour—lends his smooth vocals to this Roaring ‘20s-style cover of “Juice” (currently available for download on Postmodern Jukebox’s latest album, Throwback Clapback).

Skatune Network is 24-year old multi-instrumentalist Jeremy Hunter—a music composition major at Florida’s Santa Fe College and the trombone player for Detroit-based ska/punk outfit We Are the Union—whose stated mission of “making every song ever into a ska song,” began two years ago when he posted a “bad ska cover” of Jose Feliciano’s “Feliz Navidad” to Facebook, only to watch it go viral.  Boosted by the overwhelmingly positive comments, he then posted a ska-version of “Auld Lang Syne” that quickly racked-up more than a quarter of a million views.  I dare you not to smile during Skatune Network’s take on “Juice” while watching Hunter deftly play the guitar, bass, trombone, trumpet, and saxophone, alongside the soulfully saucy vocals of Candace Rhodes, in one of the funkiest dorm-room productions you’ll see this year.

To celebrate and promote the release of his new album, Fine Line, multimedia darling Harry Styles made a stop at BBC Radio 1’s Live Lounge, where—in addition to singing his new singles “Lights Up” and “Adore You,” and a cover of Paul McCartney’s post-Wings Holiday classic, “Wonderful Christmastime”—the former One Direction singer performed a wickedly fun take on Lizzo’s “Juice” (wearing the limited-edition Fine Line t-shirt he designed in collaboration with Gucci’s Alessandro Michele, as well as those high-waisted, wide-legged Gucci slacks, that look great on the former boyband-er-turned-model, but absurd on anybody over 40 and shorter than 5’10”).   About Lizzo, Styles said, “I just think she’s amazing: She’s one of the most exciting artists working right now, for sure.  She’s exactly what you want an artist to be, which is themselves.”  Frankly, I don’t care whose fault it is that he’s out there getting loose, because, as we close out 2019, it's an absolute pleasure to know that Styles identifies as the pudding in the proof.

And if you want to close-out 2019 with the most fabulously funky flautist in all the land, then make sure to head to Las Vegas for New Year’s Eve, when Lizzo returns to The Chelsea at The Cosmopolitan of Las Vegas, to ring-in 2020.

Get into it!
#Lizzo