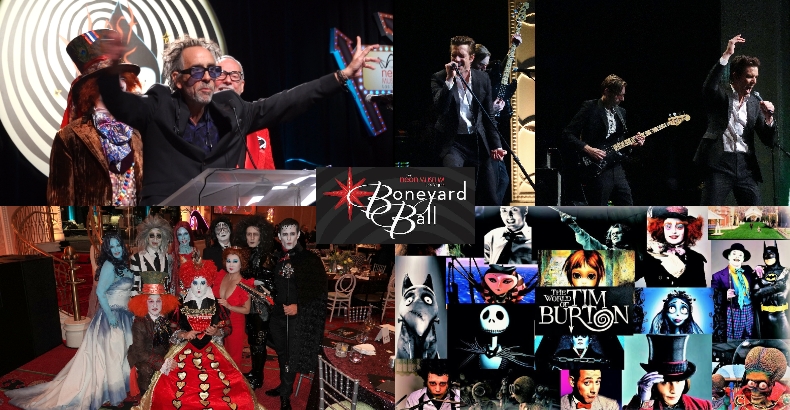 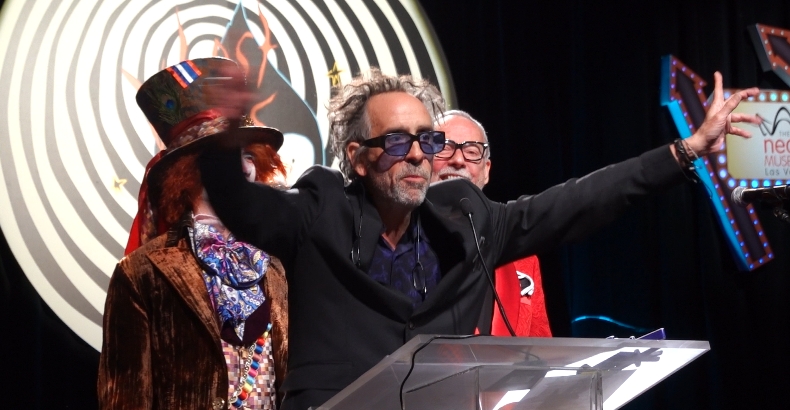 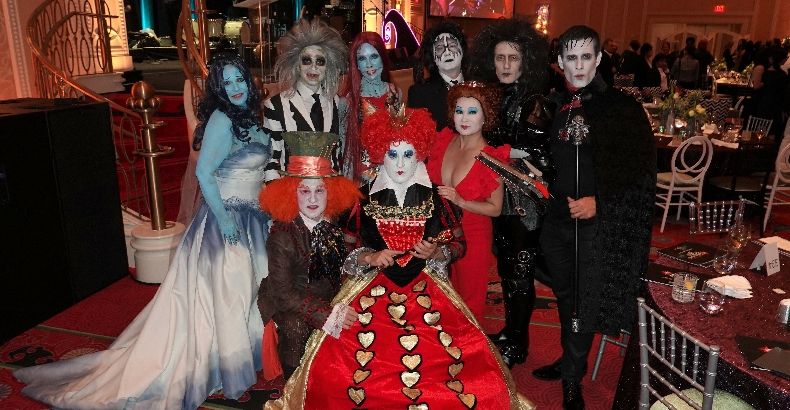 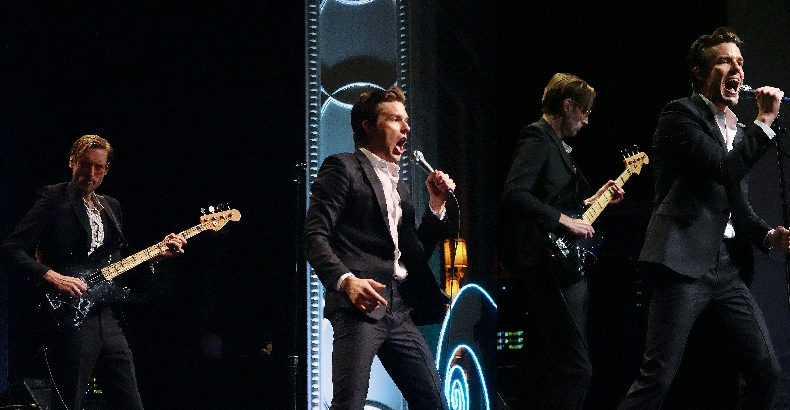 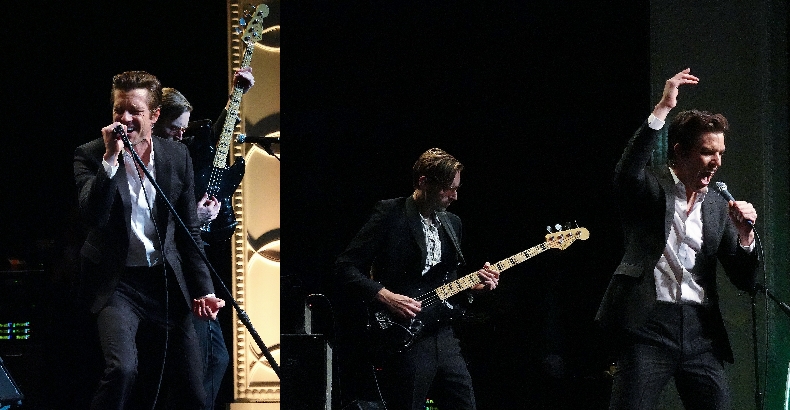 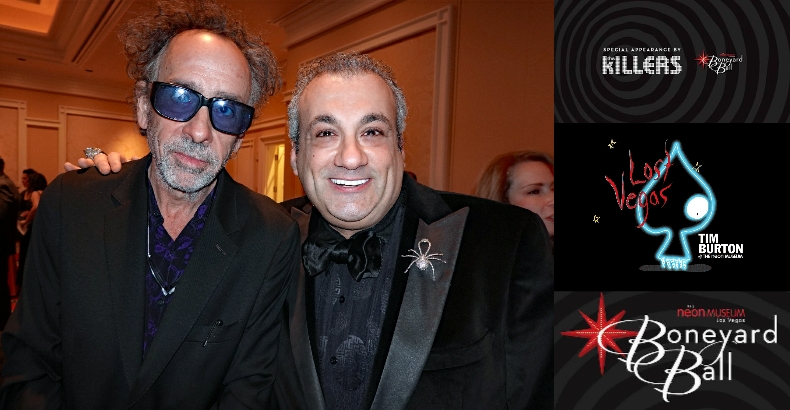 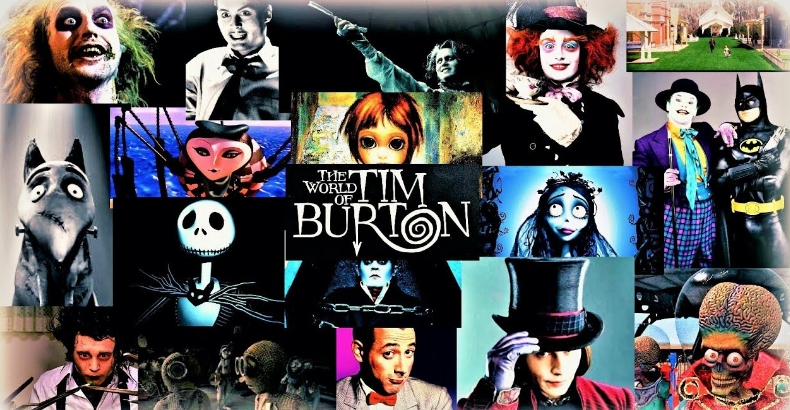 It was the fall of 1985 when I first saw Pee Wee’s Big Adventure, the directorial feature film debut of Tim Burton; and it set my eleven-year-old mind reeling.  (I’m looking at you, Large Marge!)  Fast-forward a few years, and my brain would go on to process the lush, fantastical imagery and wittily macabre visuals bestowed upon cinemagoers by Burton through such iconic films as Beetlejuice (1988), Batman (1989), and Edward Scissorhands (1990) – all released while I was in high school, mind you.

In the years since, Burton’s films have touched us, finding the alienated weirdo inside each of us, and setting the director/writer/producer apart as a truly inspired and original auteur.  So, I was thrilled (and frankly, pretty damned impressed) that Burton would be collaborating with The Neon Museum on an exhibition that would incorporate Burton’s original artwork, sculptures, and a few props, into the museum’s amazing outdoor galleries of historic neon signs.  Presented by The Engelstad Foundation, LOST VEGAS: Tim Burton @ The Neon Museum opens on Tuesday, October 15; but the Burton-y goodness began last weekend, with the museum’s annual Boneyard Ball.

Held at Encore at Wynn Las Vegas, the evening was honoring Burton as the 2019 recipient of the museum’s Glow Award; and the invitation had specified that, in lieu of black tie, guests were encouraged to don their finest Tim Burton-inspired costumes.  This is not a town where folks need to be asked twice to get up in drags, and the looks and styling and costuming were brill!  Sure, there were a few that appeared a bit rough [I’m sure she was going for Beetlejuice; but she was giving me Lady Foot Locker]; but for the most part, the evening was a series of sightings.  There were a few dashing Jack Skellingtons, Corpse Brides aplenty, and more than a dozen Kings and Queens of Hearts. There was a Joker (if a bit more in the vein of Caesar Romero than Jack Nicholson), and a gaggle of Willies Wonka, while Jeff Damon’s Edward Scissorhands looked as though he’d stepped off the screen.  But my favorite had to be Todd Kasten as original lead guitarist and co-founding member of KISS, Ace Frehley: It was completely incongruous, made me do a triple-take, and somehow, totally worked.

Meanwhile, I hadn’t planned to attend; but when a friend urged to me to join her and some friends, I managed to throw together a somewhat sinister black-on-black-on-black evening look, highlighted by a favorite jewel, a spider brooch from the 1940s made of light brown diamonds set in platinum.  [Later in the evening I thought I’d lost the jewel, and went so far as to file a report, only to found it later, under my car!  Long story, but feel free to ask me about it, sometime…]

There was a VIP Reception immediately preceding the cocktail hour, where Bruce Spotleson (The Neon Museum’s VP of Fund and Partner Development) took a great photo of Tim Burton and me (thanks, Bruce!); then we were off to the silent auction, after which dinner was served.

Burton was brought on stage and presented his award by the museum’s President/CEO, Rob McCoy, who did so by telling how the exhibit came to pass; and Burton gave some charming words about his love for both Las Vegas and The Neon Museum, before introducing everyone’s favorite hometown megaband, The Killers (for whom Burton had directed the videos for “Bones” and “Here With Me,” in 2006 and 2012, respectively) by declaring “They’re beautiful: They’re my favorite band!”

Brandon Flowers, Mark Stoermer, and Ronnie Vannucci, Jr. took to the stage with members of their touring band (co-founding member Dave Keuning is currently on hiatus), and proceeded to deliver a tight five-song set that included hits “When You Were Young,” “Bones,” and “Read My Mind” (from their 2006 album, Sam’s Town), as well as “All These Things I’ve Done” and “Mr. Brightside” (from the band’s 2004 debut album, Hot Fuss).

At the end of the night, once I was done kvelling about The Killers, all I could think about was just what this exhibit looked like.  Fortunately, I wouldn’t have long to wait, as I was headed to The Neon Museum, the following evening, for a small preview reception.  But you can read all about that, in Part Two of this series.  TTFN!