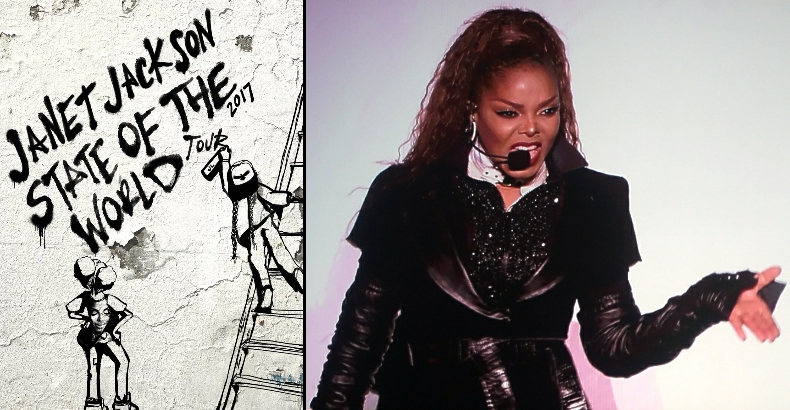 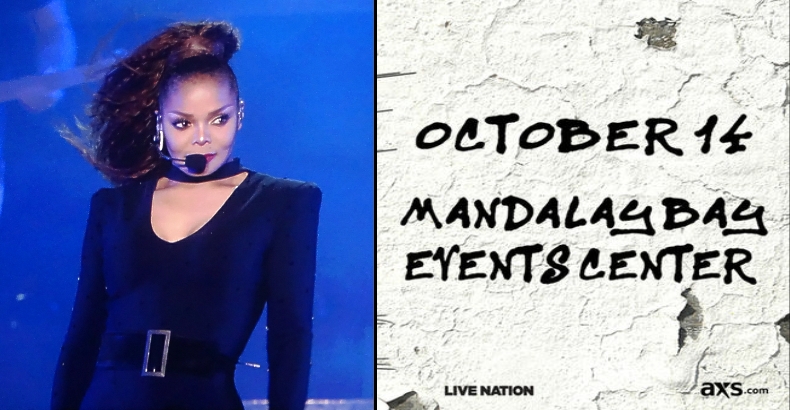 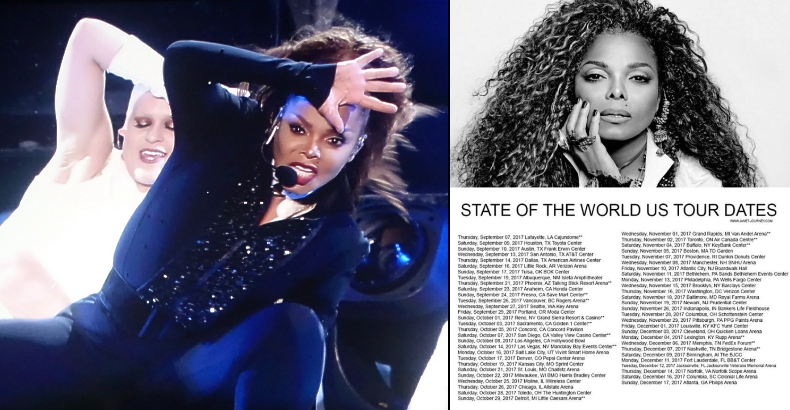 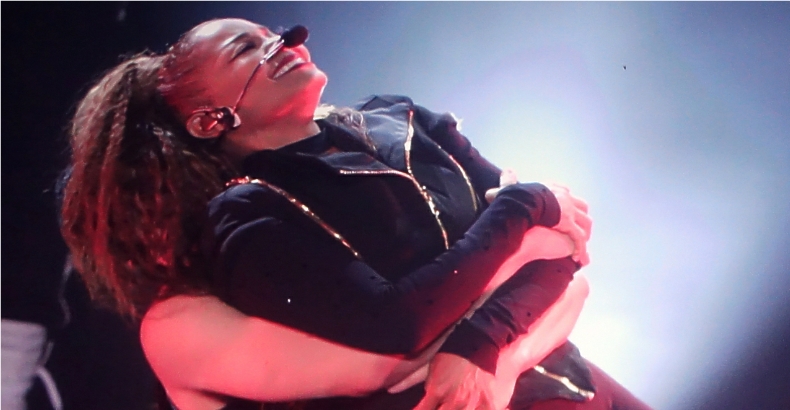 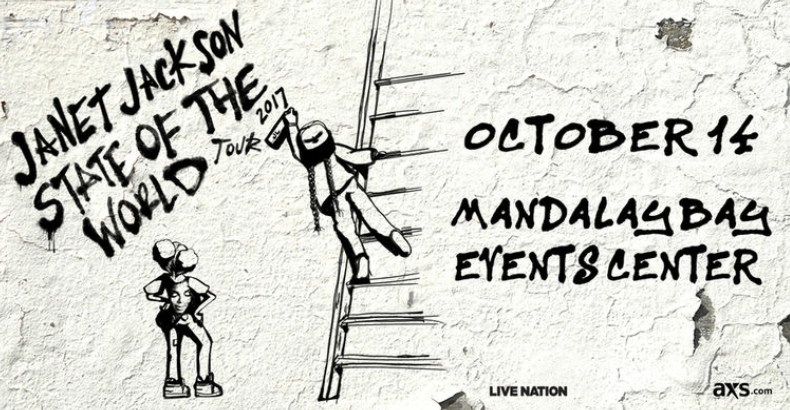 It was a Saturday night, when Janet Jackson’s State of the World Tour touched-down, at Las Vegas’ Mandalay Bay Events Center; and the recently separated, 51-year old, first-time mother (son Elissa was born in January) stomped, strutted, and sashayed across the stage, like the pro she is.  And it was marvelous.

The concert got off to a late start, as there was a bit of a logjam at Security (but in light of recent events, I’m not sure that’s such a bad thing, if only for easing guests’ minds); but when the lights went down, and the messages denouncing police brutality, right-wing extremism, white supremacy, and domestic terrorism flashed on the giant screens – the audience came together and cheered.

And while the lyrics and corresponding imagery addressed topics including racism, fascism, homophobia, xenophobia, fascism, and domestic abuse; the music and dancing transmitted celebratory signals to the audience.  There was the Missy Elliott duet, “BURNITUP!” wherein Jackson sang against Elliott’s image (on giant screens); and a trio of power medleys – the first combining “Nasty,” “Feedback,” “Miss You Much,” “Alright,” and “You Want This;” the second with “Control,” “What Have You Done for Me Lately,” and “The Pleasure Principal;” and the third with “Escapade,” “When I Think of You, and “All for You” – that encompassed many of Janet’s most iconic hits from the mid-‘80s to the early-‘90s (mostly from the albums Control and Janet Jackson’s Rhythm Nation 1814).

Janet asked for, and received, a minute of silence, in memory of those harmed in the tragedy that had occurred at the beginning of the week.  But following that very intense moment, there were cheers for “Got ‘til It’s Gone” and “That’s the Way Love Goes” – both (one assumes) for the songs themselves, and the fond memories ascribed to them.

But it was “What About” that got everyone to stop gabbing with their pals, and give their rapt attention to the stage.  The song (from 1997’s The Velvet Rope) about domestic violence, featured a pair of pas de deux (one of which showcased my favorite dancer of the year, the sassy and sexy Allison Buczkowski, aka Allison Claire), that were especially gripping and poignant; as verbal abuse has been cited (by Jackson’s brother, Randy) as the catalyst for Jackson’s separation from billionaire husband, Wissam al Mana.

Then, following “If” (a great song, itself), came the dancetastic moment we were all waiting for...  The unleashing of the Rhythm Nation, complete with the razor-sharp dance-moves and group-choreography we’ve known and loved (in my case, since high school).

As for whether or not Jackson will be the next headliner of a Las Vegas residency show, I have absolutely no idea.  But if you’re really keen on making it happen, perhaps a letter-writing campaign or online petition directed at the powers that be, at AEG Live and Live Nation, might be the ticket (pun intended).