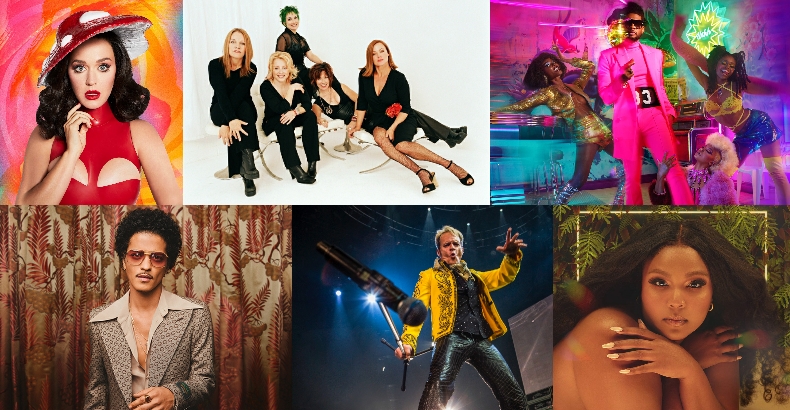 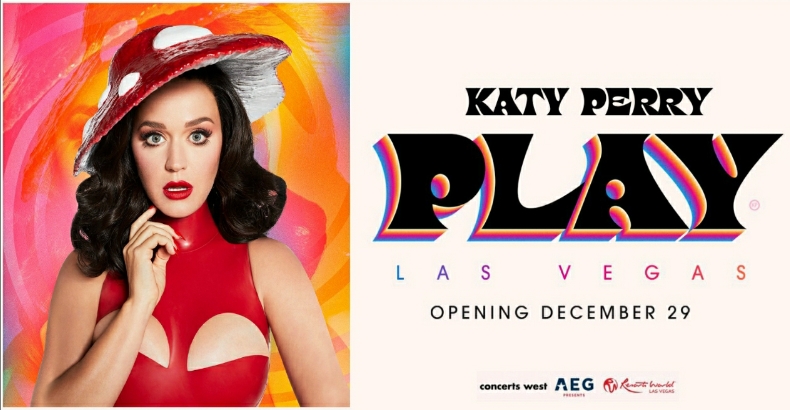 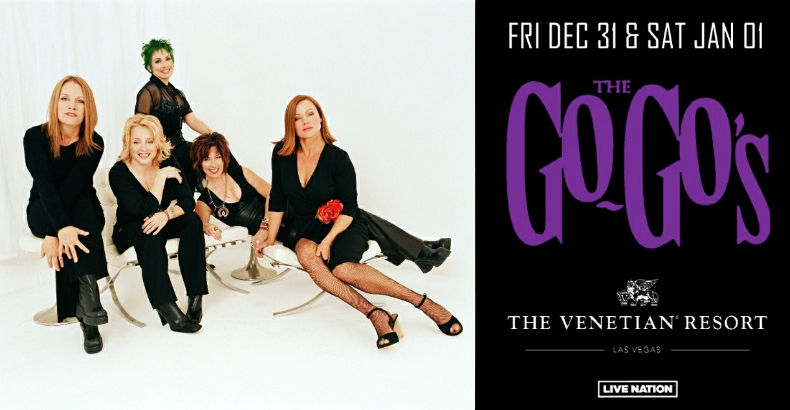 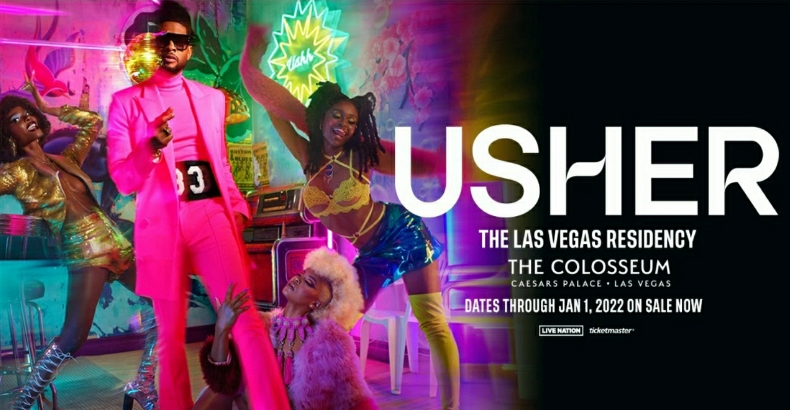 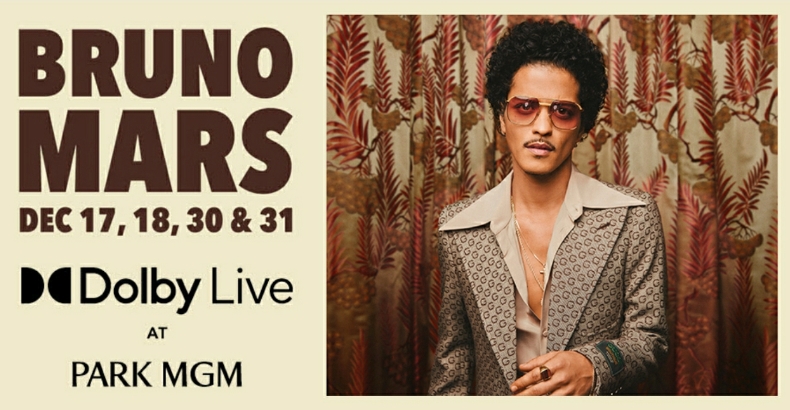 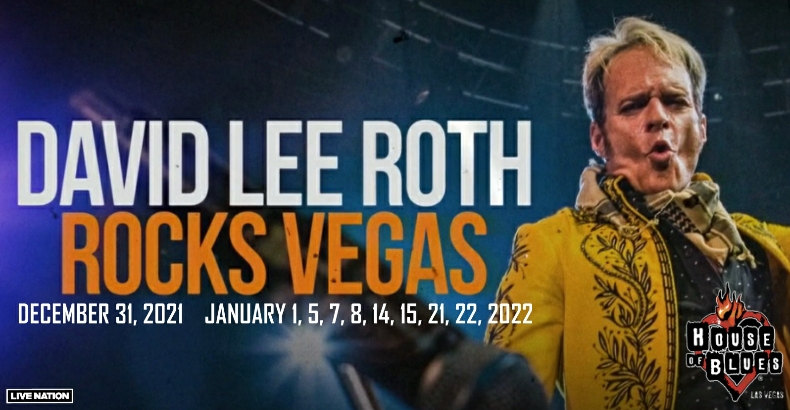 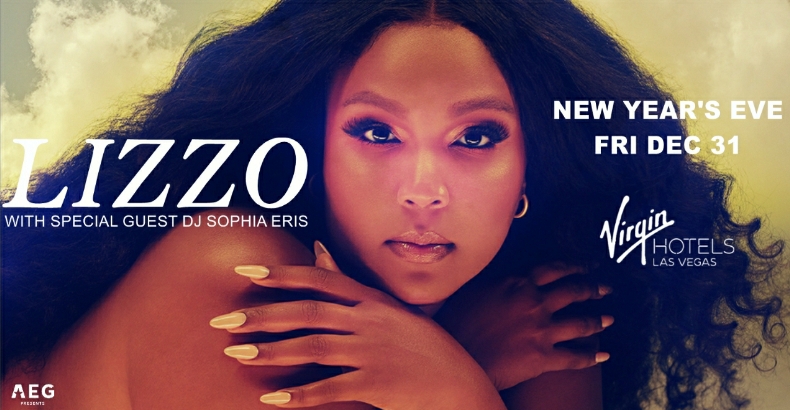 For those of you looking for ways to ring in the New Year, Las Vegas’ entertainment cup runneth over with concerts from A-list artists, performing up and down the Strip, and off-Strip, as well!

Let’s take these six sensational shows, starting on the north end of the Strip and working our way south.

Whether headlining the Halftime Show at Superbowl XLIX (which was seen by four million more viewers than the Superbowl itself and won two Emmy Awards!) or the inauguration of President Joe Biden, Katy Perry knows how to keep her audiences rivetted (even when they can’t stop discussing “Left Shark”).

Says Perry about PLAY, her upcoming AEG Presents Las Vegas-presented residency, debuting at Resorts World Las Vegas on Wednesday, December 29, “I like to bring a visual feast, and this is a set-in-the-’60s, Honey, I Shrunk the Kids movie on mushrooms.  It is a dance party through and through, but I also aim to make it a show that anyone can come to, from ages six to 80, and I really pride myself on that.”

In the history of recorded music, there is only one all-female band that has ever topped the Billboard charts with songs they wrote and arranged, themselves, and on which they played their own instruments: That band is The Go-Go’s; and they will be headlining things at The Venetian Resort Las Vegas on New Year’s Eve, and again on New Year’s Day.

Rock out as Charlotte Caffey (lead guitar and keyboards), Belinda Carlisle (lead vocals), Gina Schock (drums), Kathy Valentine (bass guitar), and Jane Wiedlin (rhythm guitar)—recently inducted into the Rock & Roll Hall of Fame, as part of the Class of 2021, alongside such musical luminaries as Kraftwerk, Carole King, and Tina Turner—play their much beloved songs that have truly stood the test of time, and perhaps one of Carlisle’s solo releases, as well.  (Mad About You, maybe?). *

Meanwhile, if you haven’t yet seen it, make it a point to watch Alison Ellwood’s compelling and acclaimed 2020 documentary, The Go-Go’s, as—like this amazing quintet of women—it rocks!

Usher: THE LAS VEGAS RESIDENCY
The Colosseum at Caesars Palace

The folks at Fuse have posited that—with 316 wins from 596 nominations—Usher is the tenth most award-winning musical artist of all time (putting him ahead of such artists as Kanye West, Madonna, and Rihanna), so it’s not exactly revelatory that his Live Nation Vegas-presented residency at Caesars Palace has been backing in fans since the get.  And it’s not just due to the dulcet tones he emits vocally, but also for those incredible dance moves he executes with razor-sharp precision.

Having sold more than 130 million records worldwide—that’s more than Jay-Z, The Bee-Gees, Fleetwood Mac, or Metallica, btw—Bruno Mars has become one of the best-selling artists of all time; with eight of his singles topping the Billboard Hot 100 in just 11 short years.  Further, he became the first-ever artist to have five songs certified “Diamond” by the RIAA, which is why his 11 GRAMMY Awards, three of BRIT Awards, 11 American Music Awards, and 13 Soul Train Music Awards should come as no surprise to anyone.

Headlining NYE in the Dolby Theater at Park MGM, concertgoers can expect Mars to bring the singular brand of foot-stomping, dance-in-your-seat energy that has kept that venue packed to the rafters since his residency began.  Hit it!

Whether you know him from his years as the lead singer of the hard-rocking band, Van Halen (1974-1985, 1996, and 2006-2020), or as a rollicking solo artist, there’s no disputing that David Lee Roth is one of the greatest lead singers of the rock era.  Now, Diamond Dave is hanging up the fringed spandex, and—after this final residency (that has now been extended twice)—plans to go gently into that good night.

One of the first breakout stars of MTV, Roth (during his years with VH) became a mainstay of the fledgling music network, declaring to all and sundry that he wanted his MTV.  And it was on MTV that many saw his debut as a solo artist.  And while I’ve been a huge fan of Roth’s since grade school, let’s face it: It’s the Van Halen hits that we’re coming to hear; because, frankly, when it comes to the medley of “I Ain’t Got Nobody” and “Just a Gigalo,” it’s never gonna sound better (especially for Las Vegans) than as performed by Louis Prima with Sam Butera & The Witnesses featuring Keely Smith. **

Lizzo gives me life.  She’s got verve, she’s got attitude, she can pen a banger, and she’s one heckuva flautist.  Her music gives a voice not just to her truth, but to those of her millions of fans, who have found their lives reflected, therein.  And if “Juice” wasn’t 2019’s best sonic snack—being covered by everyone from Harry Styles and Kelly Clarkson to Puddle’s Pity Party and Scott Bradlee’s Postmodern Jukebox—I don’t know what was.

According to the mono-monikered three-time GRAMMY Award winner, “There’s no better place to ring in the New Year than [at Virgin Hotels] Las Vegas.  This is sure to be an unforgettable night, and there’s no better way to start off 2022 than with my fans.”

One thing’s for sure: After a Lizzo concert, if you’re not feeling “Good as Hell,” you might consider having your doctor check your meds and adjust your dosage.

Get into it!
#NYE

[Editor’s Notes: * The full list of inductees into the Rock & Roll Hall of Fame’s ‘Class of 2021’ were broken down into the following four categories: PERFORMER: Tina Turner, Carole King, The Go-Go’s, Jay-Z, Foo Fighters, and Todd Rundgren; EARLY INFLUENCE AWARD: Kraftwerk, Charley Patton, and Gil Scott-Heron; MUSICAL EXCELLENCE AWARD: LL Cool J, Billy Preston, and Randy Rhoads; and the AHMET ERTEGUN AWARD: Clarence Avant // ** While often thought of as one song, it was Louis Prima who first recorded the 1915 song “I Ain’t Got Nobody” (lyrics by Roger Graham, music by Spencer Williams) with the song “Just a Gigolo” (adapted in 1929 into English by Irving Caesar from an Austrian tango).  Prima’s medley of the two songs (first recorded in 1945) was adapted for his 1950s Las Vegas lounge act by Sam Butera in the jive-and-jumping style, and—with backing vocals by Keely Smith (aka Mrs. Louis Prima)—would become Prima’s signature song]