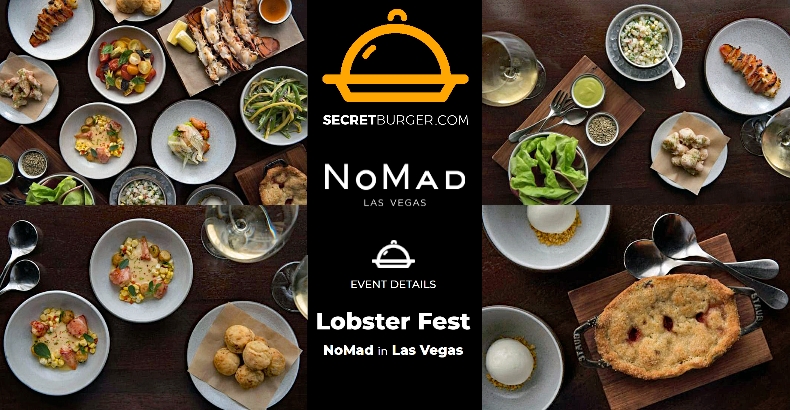 Are you a Las Vegan who loves to get down with some fresh lobster, but you’re over the Hamptons, can’t make it to Nantucket, and never got the vibe of the Vineyard?  Well, thanks to Chef Mike Rellergert (Chef de Cuisine, NoMad Las Vegas), you’re in luck!  Following July 17’s sold-out kick-off presented in conjunction with SecretBurger.com; Lobster Fest will return to the NoMad Bar to inundate guests with a cornucopia of culinary crustacean creations, from July 24 through August 31 (except on Sundays).

Chef Mike makes it nice by using the communal seafood feast as his inspiration, then going forth with gastronomic gusto and giving the whole experience a sprinkling of that NoMad-ness that makes everything there so, well, NoMad-y.

Best of all, Lobster Fest is presented as a prix fixe; and, for a limited time, that prix is fixed at $75/person.  But make your reservations, now; because when the summer ends, so does this promotion.  And to find out more about SecretBurger.com, watch the short video by Founder, Jolene Manina, above.