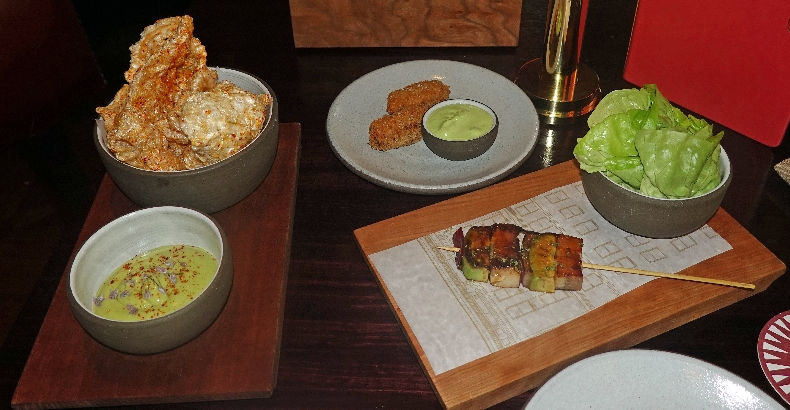 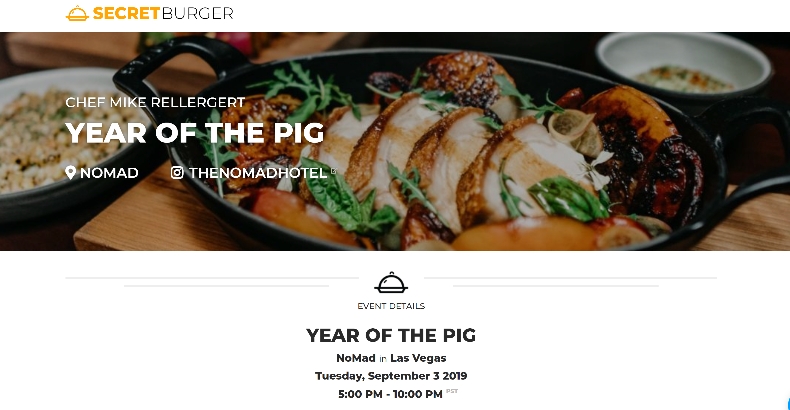 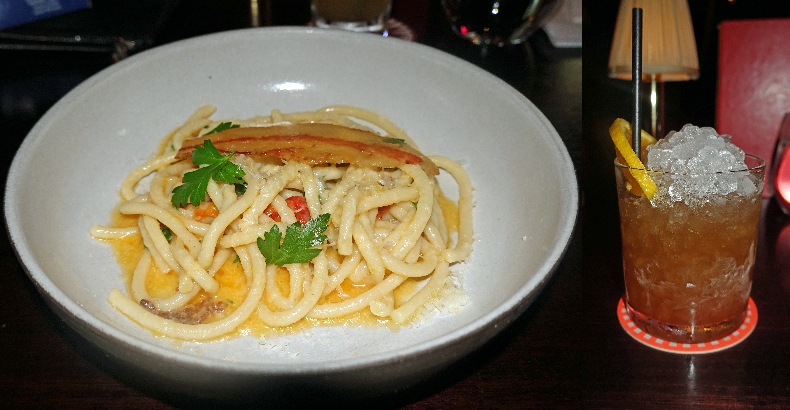 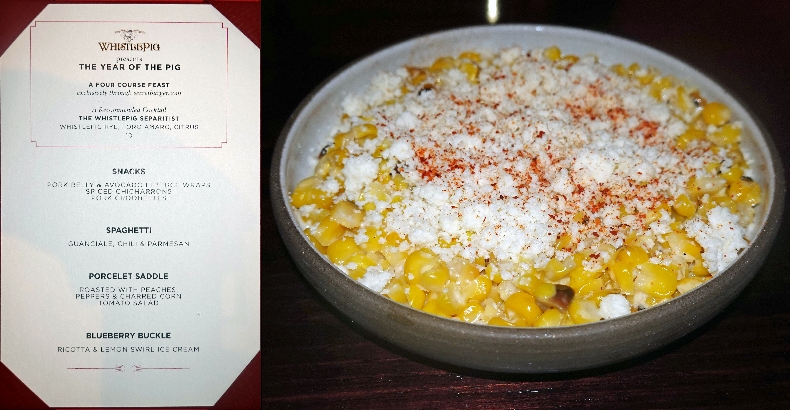 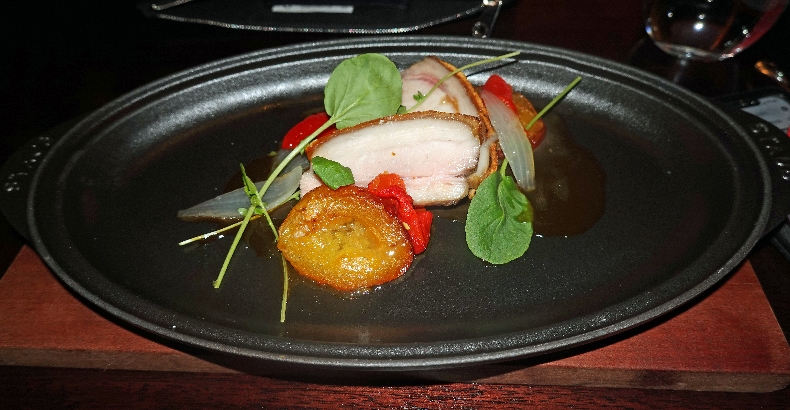 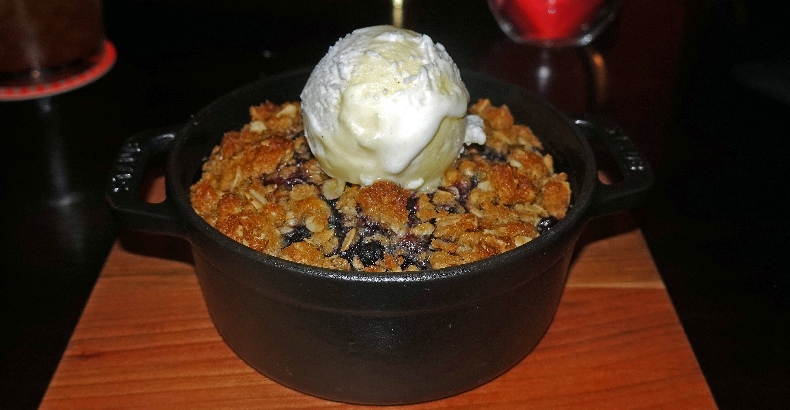 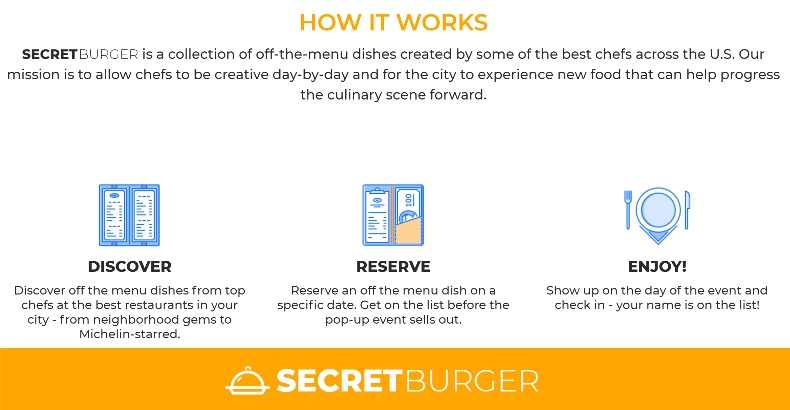 When Jolene Mannina first executed her concept for SecretBurger.com this past January, her motives were twofold: First, she wanted to ensure that chefs could have fun while creating off-the-menu dishes (and sometimes entire meals) with no risk to their bottom line; and second, so that foodies (of which Jolene has taken-on the role of local hive queen, ‘round these parts) could have access to the previously mentioned dishes (and meals), before they sell out.

Of course, referring to Mannina as a “foodie” is a gross understatement.  The co-Founder and President of SecretBurger.com built her reputation by creating such exciting entries in the gastro-entertainment niche as the series Late Night Chef Fight (FYI Network), and the exciting underground head-to-head food-truck battle, BOH Brawl (now in its seventh year); as well as by curating the distinct culinary offerings and experiences for Downtown Las Vegas’ inaugural Life is Beautiful Festival, and later, the Further Future Festival.

Recently, SecretBurger.com teamed-up with Chef Mike Rellergert (Executive Chef, NoMad Las Vegas) for Year of the Pig; a four-course menu, that was offered on Tuesday, September 03, inside the glam NoMad Bar with its dark woods and banquettes of vermilion velvet.  Taking its name from the twelfth and current year of the 12-year cycle of the Chinese Zodiac (that began on February 05, 2019 and continues through January 24, 2020), the success of Year of the Pig might have been preordained, as those born under this sign (according to astrologer Elisabeth Grace) are known for combining a near-compulsive “desire to accommodate” with a “taste for gourmet indulgence.”

Sponsored by Vermont-based WhistlePig Rye Whiskey, the meal began with a specialty cocktail, The WhistlePig Separatist (WhistlePig Rye, Foro Amaro, and Citrus) that while brisk finished in a very tasty way, beautifully accompanying the trio of “Snacks” – Pork Belly and Avocado Lettuce Wraps, Spiced Chicharróns, and Pork Croquettes – with which the food service commenced.

Following these starters, came the Spaghetti course, wherein the noodles had been precisely prepared, al dente, seasoned zestily with Chilis and Parmesan, and topped with a translucent slice of Guanciale (cured Italian pork cheek).

Our entrée was a Porcelet Saddle, and it was luxuriously succulent.  But, before I dive in any further, allow me to explain to the uninitiated that porcelet (a variation on suckling pig) is rightly held-up as the porcine version of veal, its very tender and juicy meat coming from milk-fed piglets, while the Saddle is literally the part of the back where one would find a saddle (if one of proper proportions were to be placed on the animal in question).  Roasted with Peaches and Peppers, my favorite parts were the light, crunchy skin that Rellergert et al rightly left attached, for us to savor, and Rellergert’s take on Mexican Street Corn.

This left our dessert, a Blueberry Buckle – so-called because when baked, the berries and crumb-topping weigh down the rising batter, causing the top of the cake to buckle – topped with Ricotta & Lemon Swirl Ice Cream.  I’ve always been a fan of combining blueberries and lemon, and this was a marvelous way to present the two, in a creative and indubitably delicious finale.

According to Mannina, the excitement behind SecretBurger comes from teaming up with chefs like Mike Rellergert, who ensure that every SecretBurger experience is both well-conceived and executed to perfection.  To wit, the third collaboration between SecretBurger.com and NoMad Las Vegas – preceded by Chicken for Two (June 12) and Lobster Fest (July 17) – Year of the Pig was a savory treat for the taste buds, that’s left me salivating for whatever Chef Rellergert has up the sleeve of his chef’s jacket, for NoMad’s next off-the-menu foodie fiesta à la SecretBurger.com!