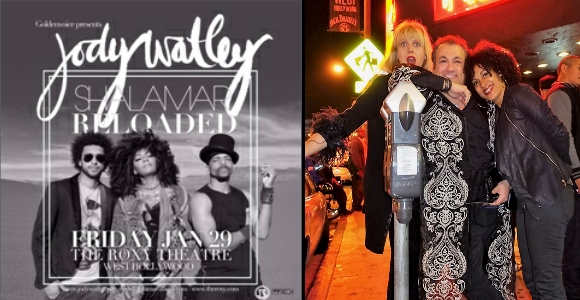 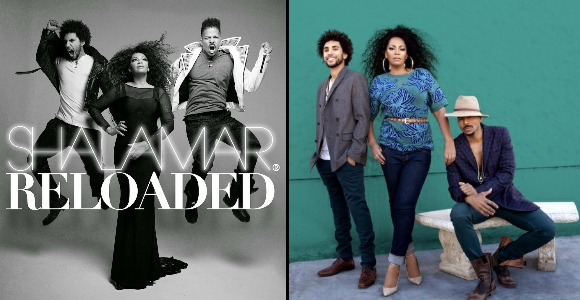 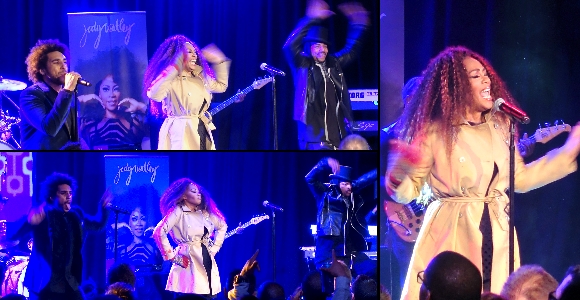 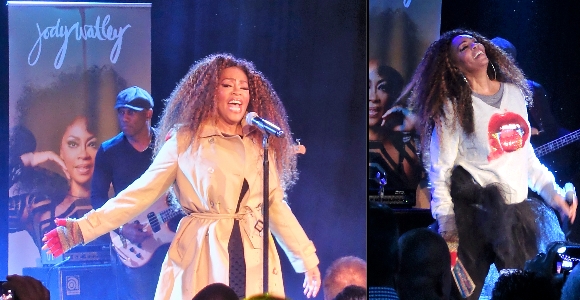 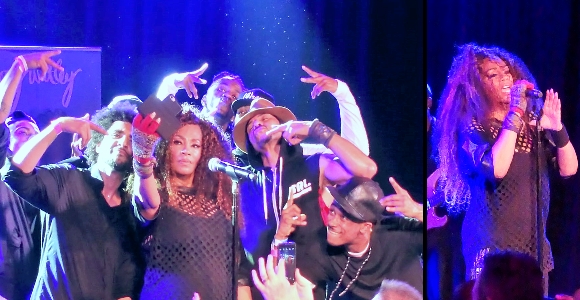 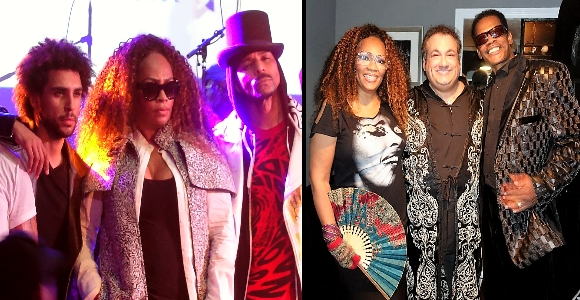 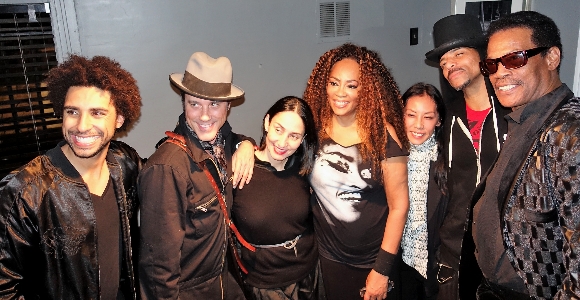 I’ve interviewed a lot of interesting people; Sir Anthony Hopkins, Cyndi Lauper, and Angelica Huston, to name but a few.  But perhaps my favorite interview subject has been the founding member of Shalamar who transitioned into a Grammy-winning solo-artist.  I’m speaking, of course, about the pioneering Miss Jody Watley.

Now, many readers of mine will recall that I tore my meniscus while getting-down with the former Soul Train-dancer, as DJ Adam XII spun Sylvester’s “You Make Me Feel (Mighty Real)” on the dance-floor at Giorgio’s, in Hollywood.  But did you know that she received the Lifetime Achievement Award at 2008’s Billboard Music Awards?  Furthermore, a couple of years ago, she definitively became the legal registered owner of the Shalamar name, and relaunched the group, as ShalamarReLoaded – featuring the charismatic vocalist Nate Allen Smith and talented choreographer Rosero McCoy.

So, when my pal Bryan Rabin asked me over Golden Globes weekend, if I’d like to come back to Hollywood, at the end of January, for Watley’s birthday concert at the legendary Roxy Theatre, my response was a resounding “Yes!”

The six of us – Rabin, myself, make-up artiste Kathy Jeung, designer Michael Schmidt, production designer Tessa Posnansky, stylist Yana Kamps, and author/curator Rose Apodaca – first supped at the fantastic Pizzeria Il Fico on Robertson (more on that, in a future article), then Uber-ed to the Roxy; where, as Bryan sorted-out the ticket and wristband situation, Kamps, Posnansky and I vamped for Apodaca’s camera.

We entered the Roxy, and it was packed!  We headed to the side of the venue, where the VIP section, with its booths and tables, is located; and joined former Shalamar vocalist, Gerald Brown (who sang on Watley’s 2014 hit, “Nightlife”), in Watley’s booth, as Grammy-winning DJ Vikter Duplaix spun classic House, funk, and soul, that had the audience grooving.  Then the lights went down, the stage lit up, and the visuals commenced.

First came ShalamarReLoaded, and lemme tell you – the trio was tight!  The sounds, the moves, the looks – they were all on point.  There were classics (like “Take that to the Bank” and “Second Time Around”) – as well as new material (2015’s deliciously melodic “Slow Dance”).  Then, after a video montage, the night was all about Watley; and honey – she was ruling!

Again, she started with some new songs, including the recently released “Dancer” (where she invited members of the audience to jump onstage and participate in a dance battle), “Nightlife,” and “Sanctuary” – before taking us down memory lane, with such global sensations as “Real Love,” “Looking for a New Love,” “Don’t You Want Me,” and my favorite, the groundbreaking “Friends,” as well as a sumptuous cover of “I Want Your Love” by Chic.

Watley, Smith, and McCoy, with their fantastic band and sensational dancers, kept the audience captivated for three hours, and probably would’ve kept going had they not run out of time!

When attending any performance of Watley’s – whether with ShalamarReLoaded or by herself – the dancer is always front-and-center, part-and-parcel of the entertainer and songstress.  As she intones on “Dancer” – “from the class to the stage to the dancefloor” one is able to “hit them beats” in all of her music.

Next up for Watley, she’ll be headlining the 105.7 Old School Love Affair Concert, on February 13th, at the Orleans Arena, here in Las Vegas, over Valentine’s weekend.  Other featured performers and acts include The Jets, The Emotions, Heatwave, GQ, Debra and Ronnie Laws, Malo, Midnight Star, and the wonderful Evelyn “Champagne” King, and it promises to be a soulful and funktastic evening of music.

Get into it!
#JodyWatley #SRL