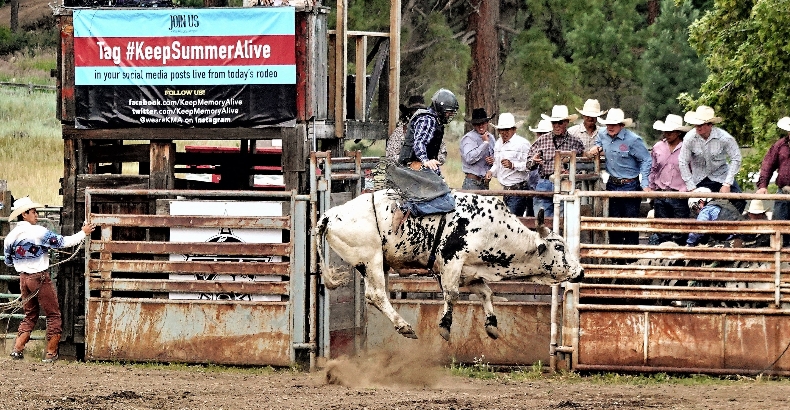 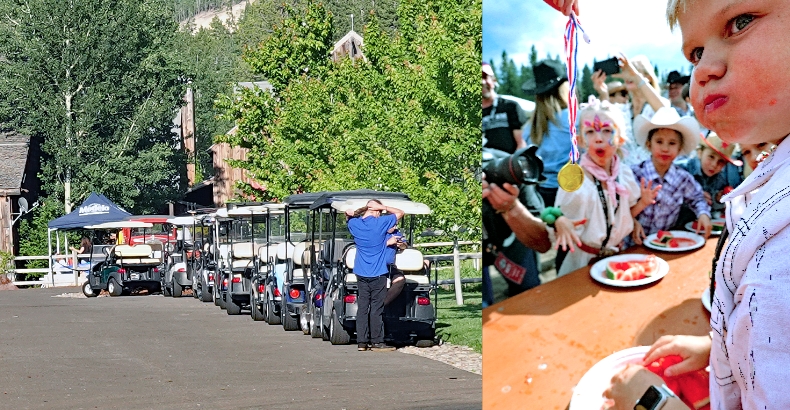 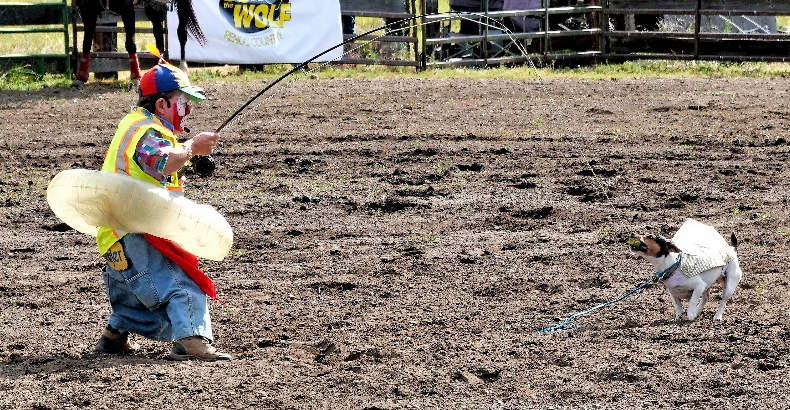 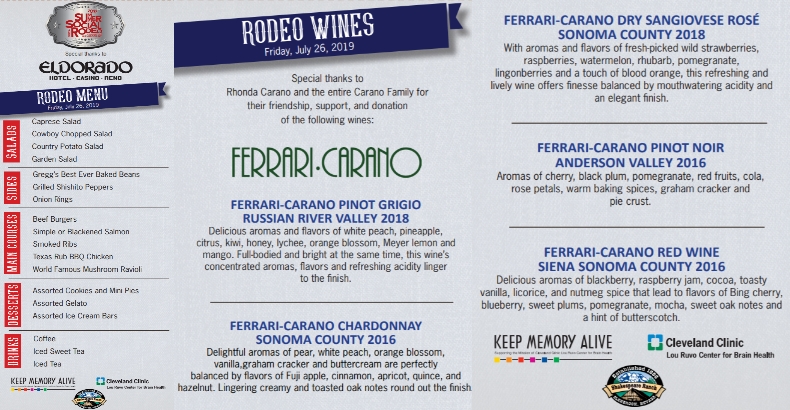 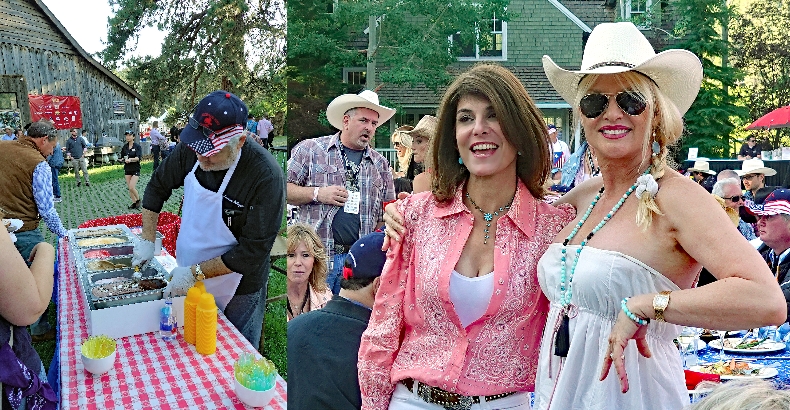 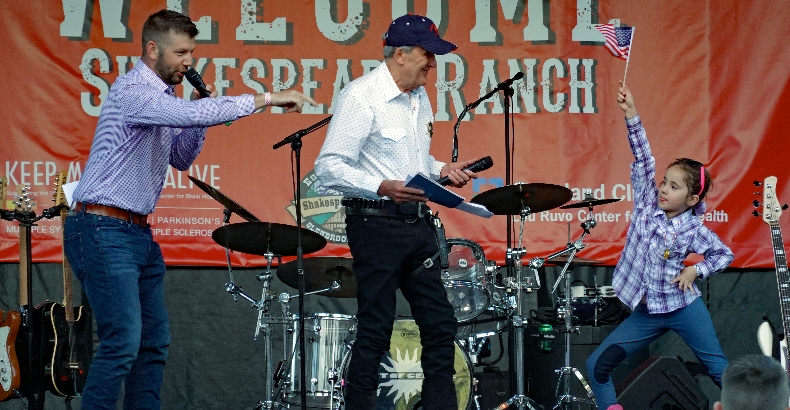 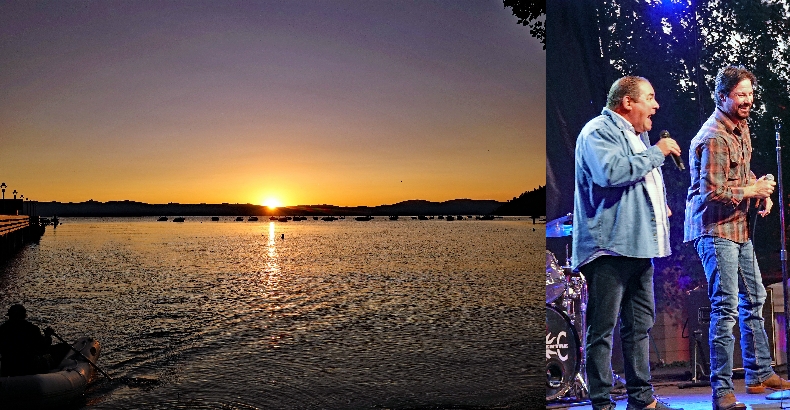 Last weekend, I headed up to Lake Tahoe for Keep Memory Alive’s annual Summer Social & Rodeo, at Shakespeare Ranch – the idyllic lakeside retreat of KMA co-Founders Camille and Larry Ruvo.  There, guests enjoyed a weekend in two parts, kicking-off with a classic American rodeo on Friday, and concluding on Saturday with An Evening with Emeril Lagasse.  Both were a blast, and all monies raised go to support the Cleveland Clinic Lou Ruvo Center for Brain Health’s mission to research, fight, and eventually eradicate such neurodegenerative diseases as Alzheimer’s, Huntington’s, Parkinson’s, multiple sclerosis, ALS, Lewy body dementia, and MSA.

Let’s start (as the weekend did) with Friday’s rodeo.  The kids partook of carnival games, face-painting and a photo booth, and competed in a watermelon contest judged by Chef Emeril Lagasse that took place between the rodeo events.  And what great events!  Both bulls and broncos were ridden (I nearly spit-up my Diet Coke when I heard the emcee announce the “Bareback Riding” event), barrel racing, something called “ribbon roping,” and even rodeo clowns.  And, as we’ve all come to expect from any Keep Memory Alive affair (and certainly anything going down à Chez Ruvo), the cuisine and cocktails were en fleeq.

There, in front of the barn, on the great lawn, was a sensation spread courtesy of Eldorado Resort Casino, with a selection of salads, burgers, salmon (simple or blackened), smoked ribs, Texas Rub BBQ chicken, mushroom ravioli, and some delicious desserts, including mini-pies, cookies, ice cream bars, and, just when I started to feel like Mr. Creosote*, there was Chef Luciano Pellegrini scooping artisanal vegan gelato in a half-dozen flavors (I’ll admit to only having tried the espresso gelato, but probably enjoyed seven or eight servings over the course of the weekend).

Meanwhile, there were specialty cocktails and mocktails à la Southern Glazer’s Wine & Spirits, and – thanks to Rhonda Carano and the Carano family – there flowed a quintet of Ferrari-Carano varietals from which to imbibe, including the esteemed vintner’s 2018 Russian River Valley Pinot Grigio, 2018 Sonoma County Dry Sangiovese Rosé and 2016 Anderson Valley Pinot Noir.

After our bellies were full, auctioneer Joseph Mast took to the stage, accompanied by Larry Ruvo (and, in a preternaturally confident display of verve, moxie, and interpretive flag-waving; Ruvo’s six-year-old scene-stealing granddaughter, Angelia), and proceeded to call-out the evening’s live auction lots.  Now, if you’ve ever been to a KMA event, you know that they stock their auctions full of experiences that create memories worth keeping; and this was no exception.  To wit, the auction lots comprised an Italian adventure aboard a private yacht; a trip to New Orleans, as guests of Alden & Emeril Lagasse at their annual Boudin, Bourbon & Beer brouhaha; an experience with Lionel Richie in Las Vegas; a chance to appear with Jon Taffer, on a future episode of his long-running Paramount Network series, Bar Rescue; a guitar autographed by previous Summer Social headliner, Sammy Hagar; a trip to Montage Los Cabos, and more.

Later, as the sun set, the rodeo winners were presented with customized championship belt buckles; after which country tribute band, Left of Centre played the hits (joined, at one point, by Chef Emeril on the drums), while guests tush-pushed and two-stepped into the night.  Yee-haw!

Come back, next time, when I dig into the gourmet goings-on that transpired at An Evening with Emeril Lagasse, the following night.

[Editor’s Notes: Mr. Creosote is a character from Monty Python’s The Meaning of Life (1983), who consumes so much food at dinner that he explodes, literally, upon eating an after-dinner mint.]