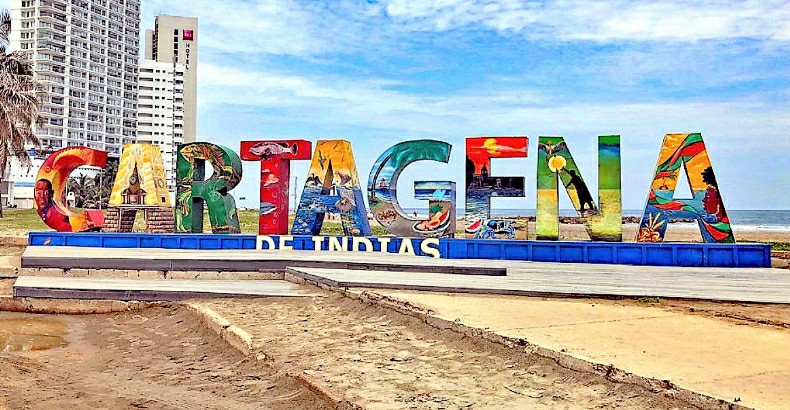 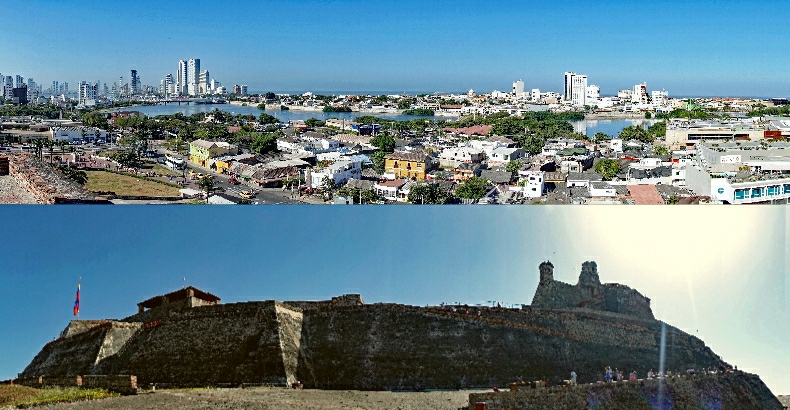 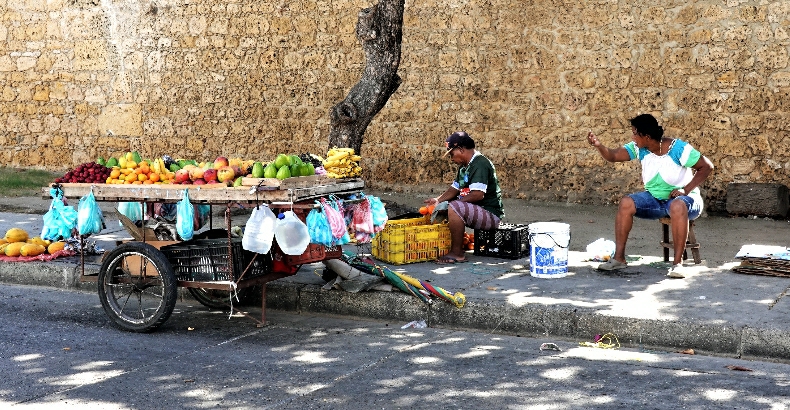 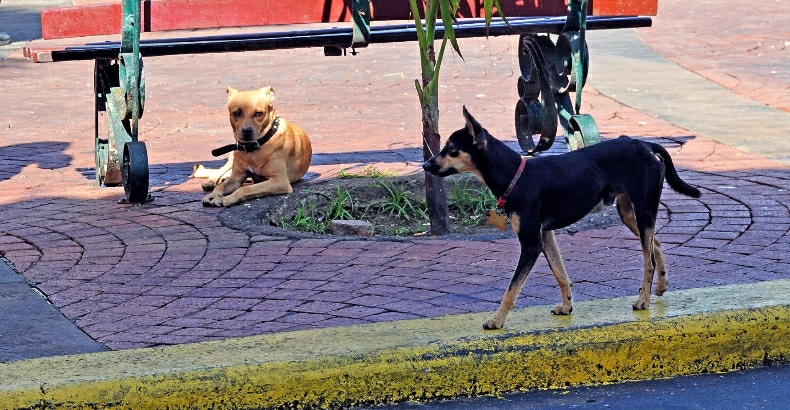 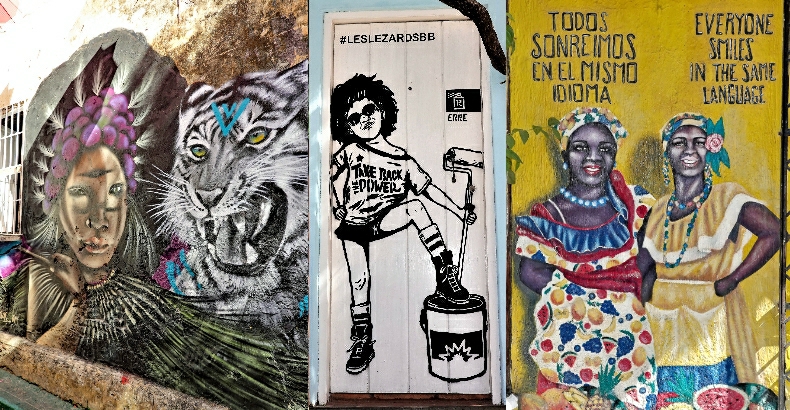 CARTAGENA: A Fortress, a Walled City and Some Sensational Street-Art 01/17/2020
Share

Before my recent trip to Colombia, the extent of my knowledge about the coastal South American country was limited to three of its most famous exports – namely emeralds, coffee, and cocaine. *  Then, I spent the day touring Cartagena; a city I knew of only from repeated viewings of Robert Zemeckis’ 1984 film, Romancing the Stone.  And this brings me to the first thing I learned about Cartagena: Simply put, there’s no tilde over the “n,” so when Michael Douglas pronounced it as Car-ta-hay-nya, he botched it.  As a result, locals are a bit prickly about it—as one might expect after hearing millions of people mispronouncing the name of your hometown, for decades, because of some gringo in a foreign film—and are quick to teach the correct pronunciation (which is Car-ta-hay-na).

Our first stop was the imposing Castillo San Felipe de Barajas.  A massive fortress built by the Spanish in 1536 (when it was known as Castillo de San Lázaro), it was expanded in 1657, becoming the largest fortress built in any of Spain’s colonies.  The coolest thing about the castle is the incredible panoramic views of the entire region, from the skyscrapers of Bocagrande to the 500-year-old fortified Centro Histórico; which, no doubt, was why the Spanish selected its location.  And something I found particularly interesting was that the tunnels inside were specifically built so that the footsteps of anyone approaching were heard by those inside. **

After taking several photos of Cartagena from the fortress’ various vantages, we headed to the hip and happening neighborhood of Getsemaní (located in Cartagena’s Old Town, but just outside the Walled City).  Named after the biblical Gethsamane (the location at the foot of the Mount of Olives where, according to the New Testament, Jesus was betrayed), which took its name from Aramaic words for “oil press,” Getsemaní was originally an insect-infested swamp, before being settled by a group of ne’er do wells, social pariahs, and a few freed slaves.  This barrio bohemio used to be known as a pretty dicey part of town; a gritty, low-income area known mostly for its criminal element and drug-trade (though one supposes that the two overlapped rather often).

Then, sometime in the early aughts, gentrification came to Getsemaní, sparking a wave of vibrant street art that continues to this day, rather like Miami’s Wynwood district.  It all came to a head in December 2013, when the neighborhood’s mostly white buildings were painted over, with incredible colors and captivating murals as part of Ciudad Mural, the first International Festival of Urban Art, that found forty international graffiti artists producing 35 murals and installations.

And where the art (and artists) come, so too come the hipsters, as well as the hostels in which they stay, the boutique hotels in which they aspire to stay, the cafés in which they congregate, and the clubs and bars wherein they dance the nights away.  But for me, I was captivated by the visuals.  It was like stepping into Oz, except that everybody had a tan, and there were small dogs everywhere (kind of lazily hanging out, some on leashes, some just meandering, as though they’d been dosed with Doggie Xanax).  I loved it!

And as it turns out, a lot of other folks do, too.  A couple of years ago, in Forbes, Ann Abel included Getsemaní in her article, “The 12 Coolest Neighborhoods Around the World;” while, more recently, the Ang Lee-directed Gemini Man (2019), starring Will Smith, shot many of its scenes in the Technicolor town.  Smith would go on to receive the key to the city for promoting the bejeezus out of Cartagena—and Getsemaní, in particular—on social media; after which it was announced that he and the production team behind Gemini Man would be donating the construction of and equipment for a park to be built for the children of Getsemaní. ***

As for the locals, they adore their colorful corner of Cartagena de Indias, and it’s not uncommon to see folks wearing t-shirts emblazoned with the slogan “Orgullosamente Getsemanísense!” (which roughly translates to “Proud Getsemanían!”).

[Editor’s Notes: * Okay.  Maybe one is more infamous than famous. // ** Keep in mind, this was some four hundred and fifty years before motion detectors!! // *** Forgive me for being a bit of a Debbie Downer, but despite the fact that construction was said to commence in May 2018, I’ve been unable to find a single reference to the park (whether an article, a photograph, or even a mention on Facebook), since the original articles reporting the announcement of the donation, nearly a year-and-a-half ago.]