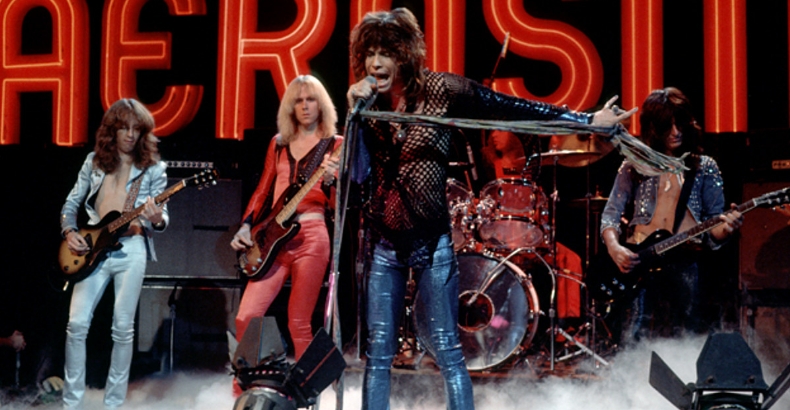 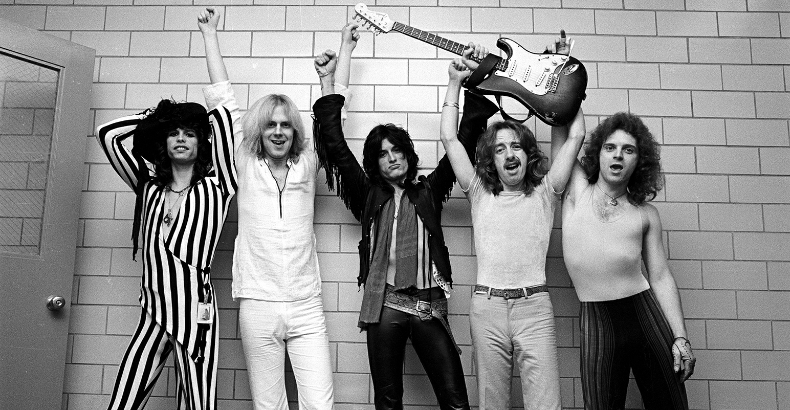 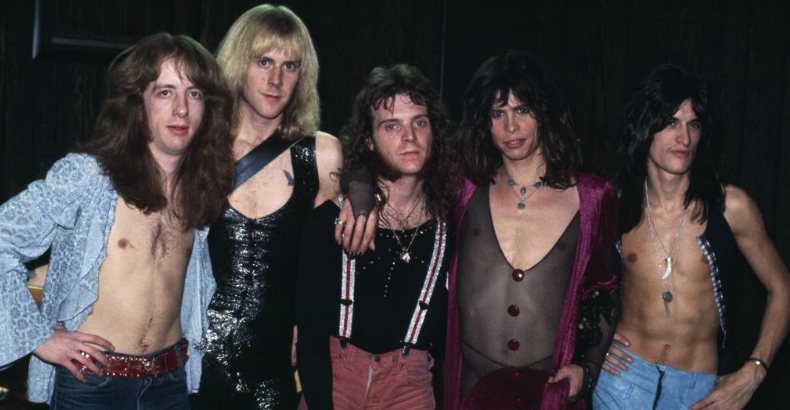 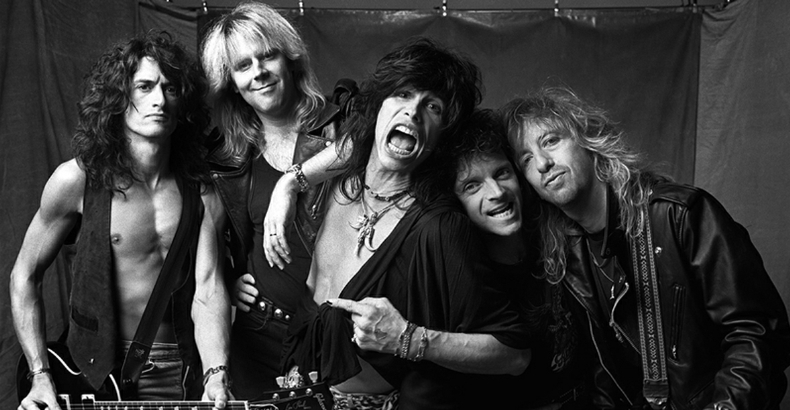 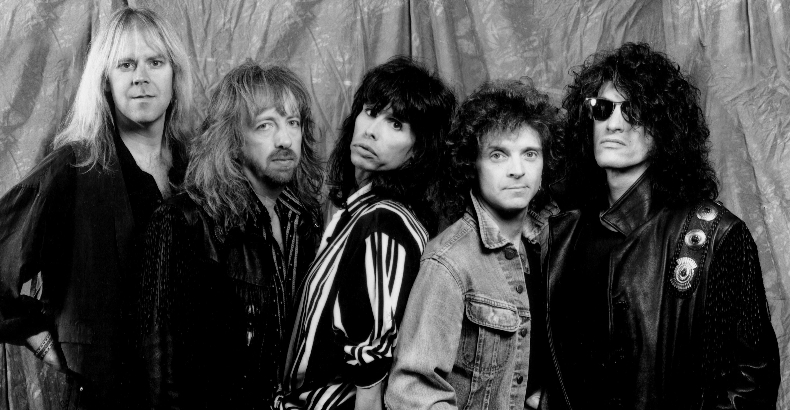 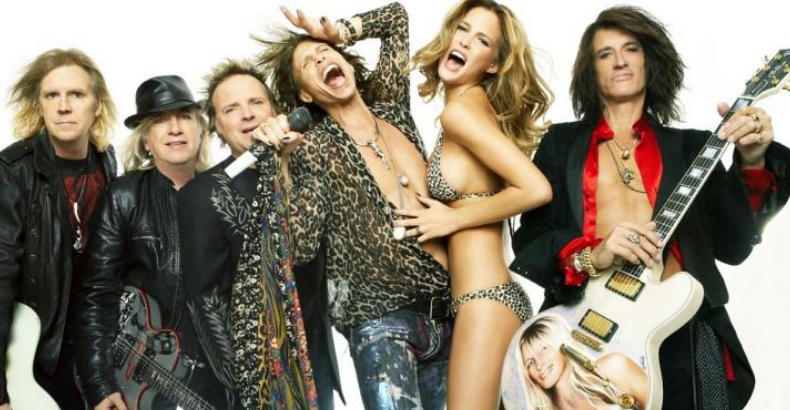 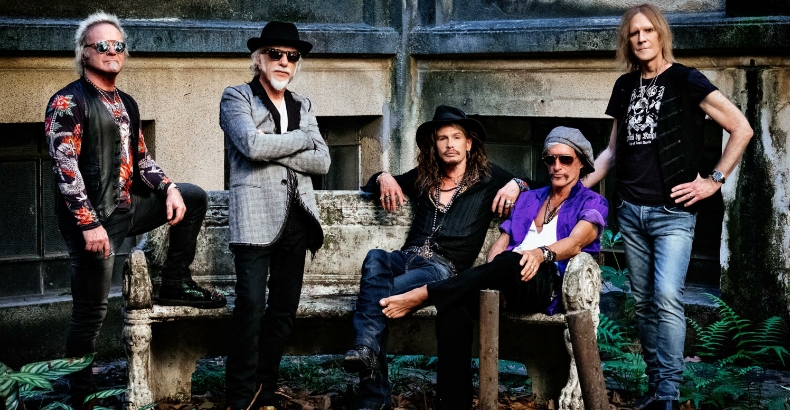 In the August 15, 1998 issue of Billboard, the chart-chronicling periodical celebrated Aerosmith’s Silver Jubilee with a 32-page insert entitled Billboard Salutes Aerosmith’s 25th Anniversary; a highlight of which was Don Waller’s brilliantly-worded essay “A Brief History of Roads Taken;” wherein he spoke to the band’s having earned the moniker of “America’s Greatest Rock & Roll Band” by explaining that “Aerosmith has delivered on its promise: to make music that strikes the listener in the heart, feet, soul, and groin.”  Pretty epic, right?  What neither Billboard nor Waller could have known, back in 1998, however; was that the world had only experienced what today we look back on as the first half of the Aerosmith story.

And what great story!  So great, in fact, that back in 2002, when VH1’s Behind the Music finally got around to profiling Messrs. Tyler, Perry, Kramer, Hamilton, and Whitford (S6, Ep1 “Aerosmith”), producers quickly decided that the only way to do right by the ‘Bad Boys from Boston’ was to expand their tried-and-true one-hour format, resulting in the series’ first two-hour episode.

So, when Aerosmith returned to Las Vegas, this week – for the second leg of their Aerosmith: Deuces Are Wild residency show, in the Park Theater at Park MGM – I was there, watching and listening and feeling that incredible showmanship, those voices and instruments, and that blues-tinged rock and roll; and it was friggin’ awesome!

Later, as I went through the photos I’d taken, replaying drum riffs and guitar licks in my head, and ruminating on the ways in which those five guys continue to do (do) that voodoo that they do so well; it occurs to me that there’s a lot to say; so, like those Behind the Music producers did in 2002, I’m making this a two-parter – with Part 1 featuring some thoughts about Aerosmith, while Part 2 will serve as a review of the Aerosmith: Deuces Are Wild residency show.

Influenced by the likes of such British rock outfits as the Beatles, the Rolling Stones, the Yardbirds, and Led Zeppelin – all of which had been heavily influenced by American blues artists like Muddy Waters and Howlin’ Wolf; as well as such ur-rockers as Elvis Presley, Carl Perkins, Chuck Berry, et al. – an argument could be made that early Aerosmith was not dissimilar to early ZZ Top (just swap-out Texas for New England, and add a whole lotta drugs).

I don’t remember when I first heard an Aerosmith song; though it must have been as a kid, listening to my parents’ records.  Then, Run DMC released their cover version of “Walk This Way” (featuring Tyler and Perry) when I was in sixth grade, and I remember it being played at virtually every school dance and bar mitzvah party I attended for a good year or so (not to mention MTV, which seemed to air it, constantly).  But it wasn’t until I went off to prep school, that I really started listening to Aerosmith; thanks in good part to my pal, Lee Levitz, who lived down the hall from me, and on whose stereo system the recently-released Permanent Vacation played in heavy rotation, along with their classic ‘70s albums.

This also happens to sync-up with when I began DJing, so I’d begun seeking out the musical antecedents of whatever I heard and liked.  And while most of the New Wave I was listening to harkened back to David Bowie, and most of the Funk made allusions to James Brown, when the format was American Hard Rock – which, especially from the late ‘80s to mid ‘90s, can be broken down by what came before Guns n’ Roses (i.e., heavy metal, and glam metal/hair-bands) and what came after (i.e., grunge) – it pretty much all traced back to Aerosmith, ZZ Top, and Van Halen*.  But where the latter two were MTV staples in the channel’s paradigm-shifting first half-dozen years; Aerosmith was too gritty for MTV, and except for a pair of covers** hadn’t had a charting hit in a decade.

Of course, sobriety, followed shortly thereafter by the recording and release of Permanent Vacation, would change all of that, thereby ushering-in what music journalist Daniel Bukszpan would describe in his book The Encyclopedia of Heavy Metal (2003) as “the single most successful comeback in the history of heavy metal, if not all of popular music.”

Meanwhile, the role played by Run DMC in the Aerosmith renaissance cannot be overstated; and it’s worth noting that of all the major accolades and honorifics received by the band – and there are many, including four GRAMMYs, ten MTV Video Music Awards, six American Music Awards, and four Billboard Music Awards, and two People’s Choice Awards – their first was a 1987 Soul Train Music Award for “Walk This Way,” in the category of Best Rap Single, that they shared with Run DMC.

Now, as Aerosmith is on the cusp of celebrating its Golden Jubilee, their Live Nation Las Vegas-presented residency show, Aerosmith: Deuces Are Wild has proven so popular that it’s already been extended with shows running through 2020.  But you can read all about that, in Part 2.

Get into it!
#Aerosmith

[Editor’s Notes: * Though, seeing as Eddie Van Halen once told Joe Perry that Van Halen "started out on the suburban L.A. club circuit, playing Aerosmith songs," maybe it's just Aerosmith and ZZ Top // ** A 1978 cover of the Beatles’ “Come Together” (as performed in the film Sgt. Pepper’s Lonely Hearts Club Band and the resulting soundtrack album), and a 1980 cover of The Shangri-Las’ “Remember (Walking in the Sand)” would be Aerosmith’s only hits for the decade between 1977’s “Back in the Saddle” and the 1987 release of Permanent Vacation.]