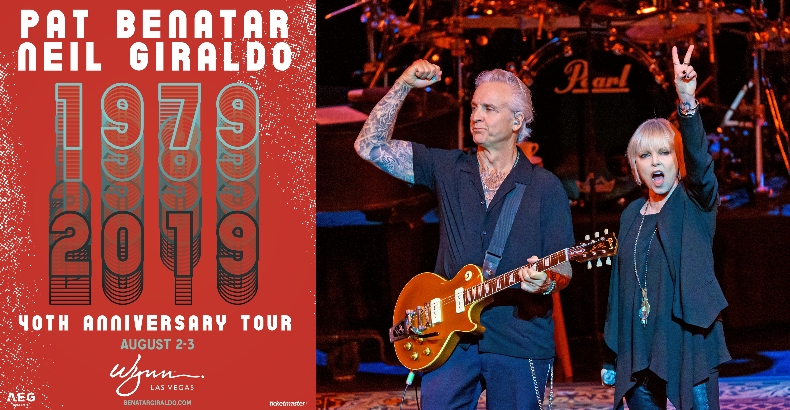 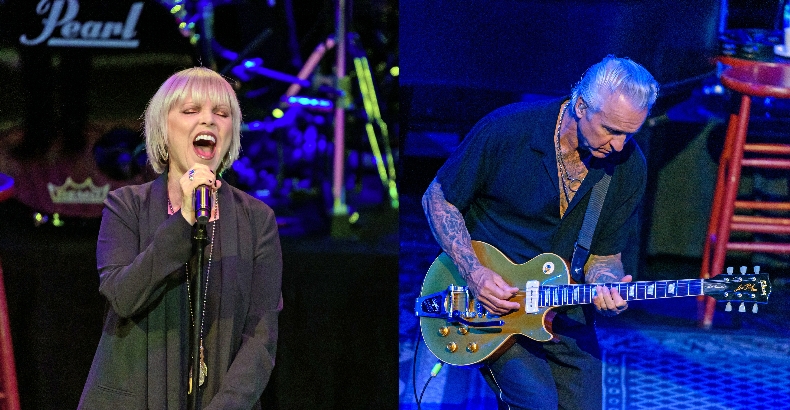 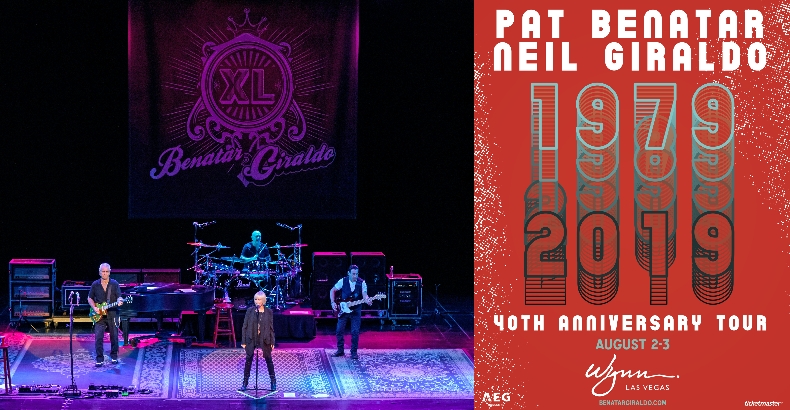 All Images by Patrick Gray/KabikPhotoGroup.com

I’ve loved the music of Pat Benatar since first hearing “Fire and Ice” in 1981 (a song that went on to earn Benatar her second consecutive Grammy* for Best Female Rock Performance, in 1982).  I can remember the circumstances perfectly – we were at our summer house on Bainbridge Island (in Puget Sound), my brother and I were taking turns on the waterslide, and one of the grown-ups had put on the cassette of Precious Time (Benatar’s just-released third studio album that would go on to be her third consecutive RIAA-certified Platinum album).  There, being pumped through the outdoor speakers of my folks’ rather bitchin’ stereo system, Benatar’s arena-sized multi-octave vocals, accompanied by Myron Grombacher’s steady almost-Metronome-like drum beat, and Spyder Giraldo’s searing guitar riffs, underscored the ferocity of the lyrics**, serving as a clarion call that this Eighties lady wasn’t going to take anything lying down.

A decade later, when I was in college, Benatar’s 1989 Platinum-certified greatest hits compilation album Best Shots had become one of those albums (along with Fleetwood Mac’s Rumors, ABBA’s ABBA Gold: Greatest Hits, and Bob Marley and the Wailers’ Legend) that was so ubiquitous it could seemingly have been found in the collection of at least one person on any hall in any dorm (or off-campus apartment complex) at a college near you.

Fast-forward a quarter-century or so, and Pat Benatar and Neil Giraldo had brought their 40th Anniversary Tour to Wynn Las Vegas, for a couple of nights in the Encore Theater.  After a fairly intense meet-and-greet with the now white-haired Benatar, my pal Dawn and I went to dinner at Allegro, before returning to the Encore Theater for the concert; and despite having met the Benatar-Giraldos previously (backstage at the Pearl Concert Theater at Palms Casino Resort, in 2013), I was once again gobsmacked by just how petite she is.  I’m guessing that in her stockinged feet, she might just hit five feet.  I made some comment along the lines that with her being so cute and teeny, I was tempted to fold her up and put her in my pocket (her security people were not amused).

We took our seats in the Encore Theater and after a short while, an announcement came on saying something about how they were prohibiting the use of smartphones and wanted everyone to enjoy the show.  Apparently, there was also a bit about no cameras; but I wasn’t paying attention because, ironically enough, I was adjusting the settings on my camera at the time (sorry, Pat!).

Now, as one expects from any artist with a career spanning four decades, the setlist was comprised mostly of hits (with a couple of deep cuts and B-sides performed in a more intimate VH1 Storytellers-esque setting).

From Benatar’s 1979 Platinum-certified debut album, In the Heat of the Night were the singles “Heartbreaker” and the Giraldo-penned “We Live for Love;” and from the Grammy-winning Crimes of Passion (her 1980 4x Platinum-certified sophomore release) were “Hit Me with Your Best Shot” and “Treat Me Right” as well as their cover of The Young Rascals’ “You Better Run” (the second video to air on MTV, making Benatar and Giraldo the first woman and the first guitarist to be shown on the new network, respectively), and the poignant and gritty “Hell is for Children” (about child abuse).

“Promises in the Dark” was the only song from 1981’s Precious Time to be performed, leaving the Grammy-winning “Fire and Ice” a conspicuous absence (at least to my mind, but I got over it), as was the Grammy-winning single “Shadows of the Night” from 1982’s Get Nervous.

The million-selling single “Love is a Battlefield” was the entry from 1983’s Live from Earth; while 1984’s Tropico was represented by “We Belong.”  During one of their storytelling sessions, Giraldo told the audience about coming up with the chords for what he was certain would be a surefire hit (“We Belong”) and excitedly playing them for Pat, whose response was an emphatic “You’re out of your fucking mind!”  Sure enough, it was a major international hit and signaled a departure from hard rock.

Not to be overlooked, “Invincible” was the sole song performed from 1985’s Seven the Hard Way.  The song was used as the theme to the teen film The Legend of Billie Jean, and despite Benatar’s repeated comments over the years that the song is from “one of the worst movies ever made,” it’s one of my favorite Benatar songs (and a favorite film from when I was 12).  If the rumors are to be believed, and Benatar only received $12.50 for a song played more than 720 times throughout the film; I get it.  Of course, the royalties went to the songwriters, not the performer; so, what’re you gonna do?  As the movie's catchphrase put it so eloquently, "Fair is fair!"

The Grammy-nominated “All Fired Up” (Benatar’s last Top 40 hit, to date), and “Lift ‘em on Up” were from 1988’s Wide Awake in Dreamland; while “Disconnected” and “Everybody Lay Down” appeared on Benatar’s final album for Chrysalis Records, 1993’s Gravity’s Rainbow.

The remaining song, “After the Fall,” that kicked-off the three-song encore, is a song from an upcoming musical currently being written by Benatar and Giraldo.

All told, Benatar sounds terrific and can still hit a shocking number of those high notes, while Giraldo can still shred like it’s 1985.  Besides, they remain one of – if not the – greatest enduring rock and roll love stories of our time; and that is something to which I’ll always tip my proverbial cap.

Get into it!
#BenatarGiraldo

[Editor’s Notes: * Of the ten Grammy Awards ceremonies held in the 1980s, Pat Benatar was nominated nine times in the category of Best Female Rock Vocal Performance, winning in four consecutive years, with Crimes of Passion (1981), “Fire and Ice” (1982), “Shadows of the Night” (1983), and “Love is a Battlefield” (1984) // ** Co-authored by Benatar, rhythm guitarist Scott Sheets, and an up-and-coming songwriter named Tom Kelly, “Fire and Ice” was the lead single off of Precious Time, and would earn Kelly his first songwriting credit, in a career that would see him and his future songwriting partner, Billy Steinberg (coincidentally the writer of the album’s title track) pen such Number One hits of the 1980s as Madonna’s “Like a Virgin” (1984), Cyndi Lauper’s “True Colors” (1986), the Bangles’ “Eternal Flame” (1989), Whitney Houston’s “So Emotional” (1987), and Heart’s “Alone” (1987)]