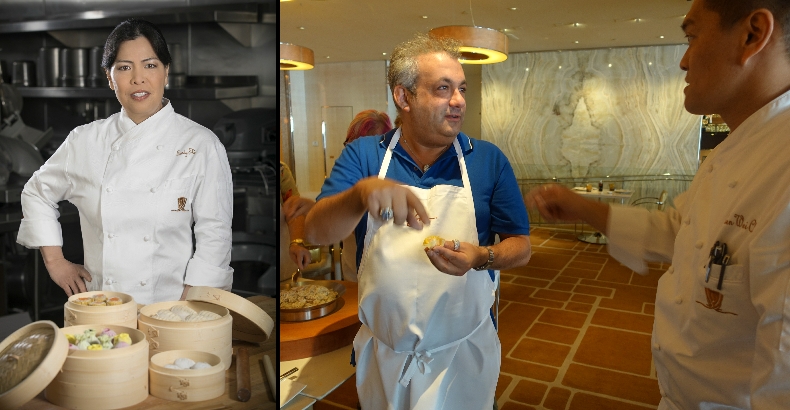 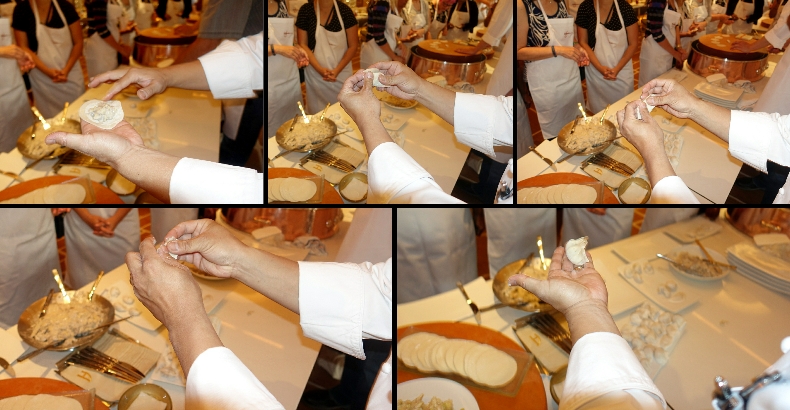 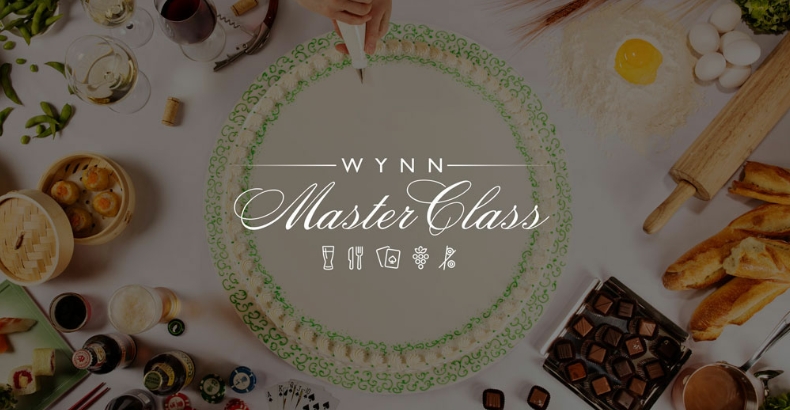 Dim sum.  It sure is fun to eat, but who knew how deceptively difficult it is to make?  Not me, that’s for sure.  Not, that is, until I enrolled in one of the Wynn Master Classes – Wonton Love: A Dumpling Master Class.  Taught a la tag-team by Wynn’s master dim sum chef Sandy Shi and Red 8’s executive chef Chen Wei Chan, it turned into a few hours of “Everything You’ve Ever Wondered about Making Dim Sum (But Were Afraid to Ask).”

About thirty people (an eclectic mix of Wynn guests, local Las Vegans, and a few folks staying elsewhere) showed-up to Andrea’s*, to learn the finer points of preparing a trio of dim sum standards – Sui Mai, Har Gow, and Potstickers.  In theory, all are fairly simple…  In today’s parlance, there’s a protein (or a mix of proteins) inside a starch.  Easy peasy, right?  Wrong!

The best analogy I can give will resonate with Gen Xers, and that’s the slogan for the board-game Othello – you remember, “A moment to learn: A lifetime to master.”  Well, that glib slogan totally applies to the preparation of dim sum.  Who knew?

As mentioned earlier, all are fairly simple, in theory.  We’d scoop a pre-made mixture (prawns for the Har Gow; pork and mushroom for the Sui Mai; and meat and veggies for the Potstickers) into what would become the shell (in one case made from rice, but otherwise dough), and then mold it into the appropriate shape.

The first two steps were a snap.  It was in the shaping where the talent of pros like Chef Shi comes to bear.  Did you know that pleating – that type of fold used in clothing and upholstery – was first used in food preparation (namely dim sum)?  Me, either!  Well, it turns out that, when making Har Gow, one needs to apply more than seven pleats per Har.  Technically, it’s deemed inferior if there are less than ten, but seven is the absolute minimum.  Now, Chef Shi can whip these out, blindfolded, at a blistering speed; and they are plentiful of pleat, and of uniform size and shape.  Mine?  Not so much.

Mine (and most of those made by the rest of my classmates) were lumpy, lopsided, and (let’s face it) utterly lacking in what realtors refer to as "curb appeal."  Frankly, if I were at a restaurant, and the server pulled up to my table with a tray filled with my attempts at dim sum, I’d leave (or at the very least, send them back).  I’m not just saying they were bad: I’m admitting they were an affront to the culinary gods!

Also, here’s a tip I learned from Chef Shi: Do not eat the premade mixture of prawns and pork before it is cooked.  (Ooops!)

Despite underscoring the fact that the limit to my culinary acumen is the making of reservations; my classmates and I had a great time.  And our afternoon was capped by a delicious dim sum luncheon – prepared by Chef Shi – that included exquisite examples of the trio of dishes about which we’d received instruction, as well as some fantastic egg rolls.  Bonus: as a parting gift, we were each given our Wynn aprons and personalized chopsticks, as evidence of our travails.

UPDATE:  Last Friday was the first day of Wynn's spectacular annual Dim Sum Brunch at Wing Lei, in honor of Chinese New Year**; and as sure as I was there, so too was Chef Shi, who came out of the kitchen, walked over to my table with a huge smile on her face, and welcomed me back with a warm hug.  Gong Xi Fa Cai, y'all!

[Editor's Note: * Andrea's has since closed, and the venue is scheduled to reopen this March as Elio, in partnership with Chef Enrique Olvera, Daniela Soto-Innes and Santiago Perez of ATM Group, the international hospitality company behind acclaimed restaurants Pujol (Mexico City), and Cosme and Atla (New York City). // ** Everyday through Sunday, February 02 // A different version of this article was published in Celebrated Living, January/February 2018 (ink Global).]