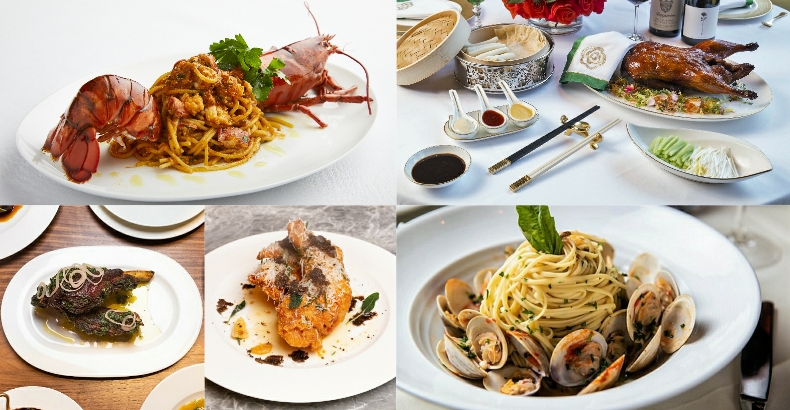 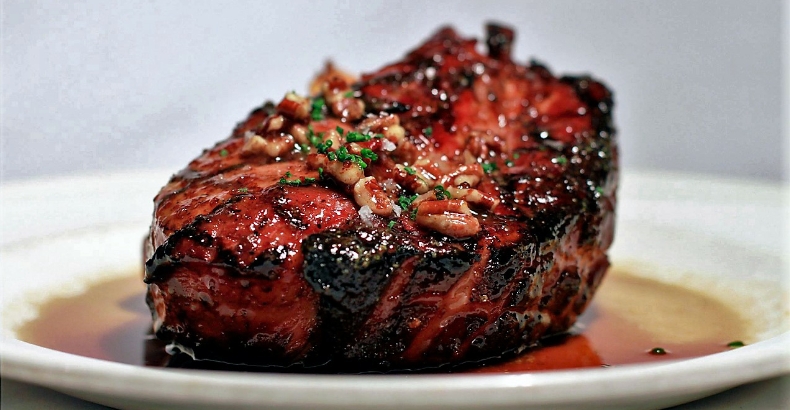 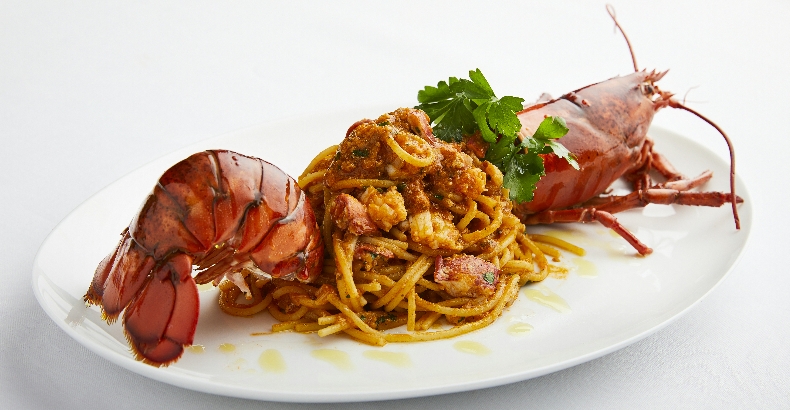 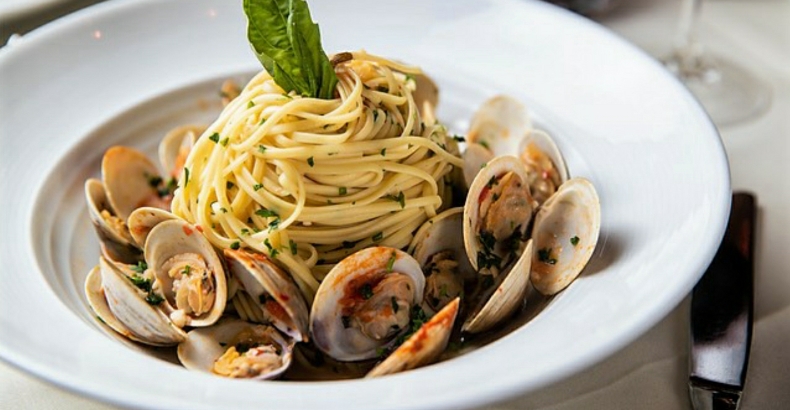 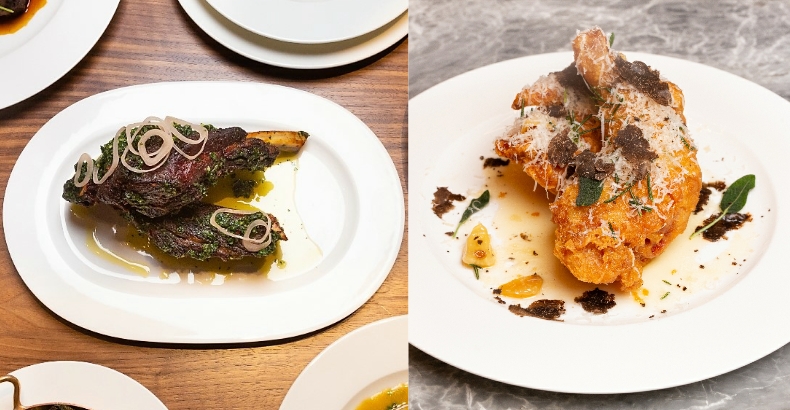 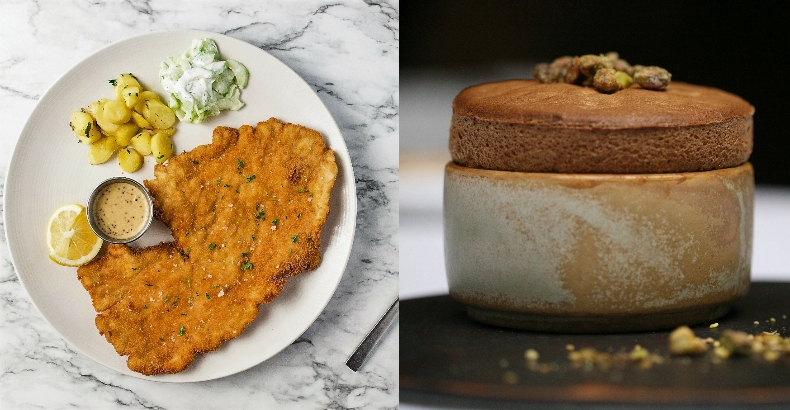 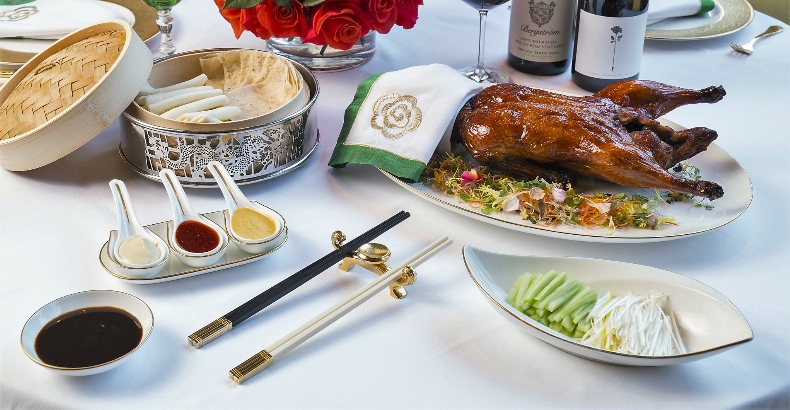 Under normal circumstances, I eat out quite often.  And while Door Dash, Uber Eats, and Postmates are great at delivering meals from many restaurants during these stay-at-home times; there are a number of restaurants where the service, décor, ambiance, and all-around experience simply cannot be replicated at home: Especially if they aren’t currently open for business.

So, here then, are a half-dozen restaurants (listed alphabetically) that I hope to experience once again—though not before such a time as it is deemed safe to do so—with some of the particular dishes that make my mouth water.

Whenever I sup at Delmonico Steakhouse, I find myself wondering why I don’t do so more often; if for no other reason than, to my mind, it is the perfect marriage of Emeril Lagasse’s fabulously flavorful Creole flair and old-school steakhouse fare, presented in an absolutely lovely setting.  I always start a meal at Delmonico with a bowl of the Traditional New Orleans Gumbo which manages to be incredibly zesty without being absurdly spicy. (“Bam!” indeed.)  And while you’re not likely to find a better-prepared presentation of the “other white meat” than Chef Ronnie Rainwater’s Double-Cut Kurobuta Pork Chop, when paired with a side of the Duck Fat Fingerling Potatoes, it borders on the sublime.  Assuming your arteries can take it, consider the Caramel Butter Cake your culinary happy ending.

Estiatorio Milos at The Cosmopolitan of Las Vegas

Milos is one of the easiest places in town to ring up an extremely high bill for dinner, which is warranted as all of the seafood is as fresh as you can get short of fishing in the Mediterranean.  It’s for this reason that the restaurant’s incredibly priced prix-fixe lunch is an absolute must not just for foodies, but really anyone finding themselves Center-Strip at lunchtime.  Priced in accordance with the year, the lunch is currently priced at a mere $20.20—with $10 supplements for the Octopus, Crab Cake, and Lamb Chop, and a $15 supplement for the Astakomakaronada—the restaurant’s signature take on traditional Greek Lobster Pasta, featuring deep-sea lobster from the Bay of Fundy* that’s served Athenian-style (over linguini, with a Metaxa brandy-based tomato sauce).  And you know what?  Even with the supplements for the Octopus and the Lobster, at $45.20 it’s still a deal!!  P.S. Don’t miss the Walnut Cake (Karydopita) for dessert!

If you’re hankering for that old-school Las Vegas vibe—think: servers in white jackets and black bowties, leather banquettes, a clientele that’s a mix of locals, tourists, celebrities, politicos, and fellas with the middle-name “the”—then Piero’s is where you want to be.  Do not pass GO: Do not collect $200.  Do try the Chicken Vesuvio, for which Frank Sinatra would send his jet from Palm Springs.  (Take that, Uber Eats!)  If you’re in the mood for something a bit lighter, the “Garbage” Caesar Salad might be more to your liking.  As for me, I’m a fan of Chef Chris Conlon’s Bone-in Veal Chop Parmesan, that I always order with the intention of “taking some home, for later” but invariably finish, there.  Make sure to order yourself a round of “Spark Plug” shots (created behind the Piero’s bar by former Crazy Horse Too proprietor Rick Rizzolo) with dessert.

From the very first moment that I was led into the perfectly lit retro supper club that is Sara’s, I knew it was one of my new favorite haunts.  Chef Michael Symon and Doug Petkovic’s paean to mid-century dining (with its sensational soundtrack of funky grooves and soul classics) is kinda perfect.  The 1924 Caesar features a brilliantly balanced dressing that’s at once creamy, garlicky, and citrus-y; and the Crispy Beef Bones are finger-licking good (because yes, you’re encouraged to pick them up and eat them, sans cutlery).  Personally, I’m of the opinion that the world would be a much happier place if more items were fried in duck fat, so you’re always gonna find an order of Duck Fat Fries on my table.  As for the entrees, it’s always a coin-flip as to whether I’ll order the Truffle Fried Chicken or the Smoked Prime Rib; a conundrum I solve by splitting one of each with my dinner companion.

While Spago remains one of my favorite go-to lunch spots; the view overlooking the Fountains of Bellagio, from the patio of Wolfgang Puck’s signature eatery, is especially dramatic at night.  The service is always impeccable, and I’m such a fan of the dessert soufflés that one once drove me to write and publish a poem!** The Chinois Chicken Salad is a perennial lunchtime fave, as is the Grilled Chicken Sandwich; while for dinner my tastes invariably run toward Chef Dylan Hallas’ fabulous Veal Wiener Schnitzel.  Meanwhile, the Spicy Sausage Pizza and House-made Spaghettini are always on deck, whether as an afternoon double-header or zesty starters in the evening.  And for those who deign to dine on the Strip, the restaurant’s location on the Via Bellagio allows for quick-and-easy entry and egress, thanks to Bellagio’s handy North Valet.

I’ve penned volumes about my love for Wing Lei, the first Michelin-starred Chinese restaurant in the Americas.  And while it’s the restaurant’s incredible twice-annual Dim Sum Brunch about which I usually opine; it’s dinnertime, where Chef Ming Yu’s cuisine (awarded five-stars by Forbes Travel Guide) shines brightest.  I cannot recall a single dinner at Wing Lei—and there have been many—that didn’t start with the Field Greens with Peking Duck (nor, for that matter, can I envision one that doesn’t).  With its slabs of tender Peking duck, juicy Mandarin orange wedges, and thin slivers of almonds, over greens tossed in a Peanut-Truffle Vinaigrette, it’s always a delight, regardless of season.  As for the mains, the Imperial Peking Duck is guaranteed to be among the most succulent dishes you’re likely ever to taste; the Jidori Chicken with Chili-Garlic Sauce is Chef Yu’s decidedly upmarket take on Kung Pao Chicken; while the Fried Prawns with Candied Walnuts might be the only seafood entrée I’ve eaten that can double as a dessert!!

Get into it!
#DiningOut

[Editor’s Notes: * The Bay of Fundy is the body of water between the Canadian provinces of Nova Scotia and New Brunswick that extends down to Maine’s northernmost coastline // ** “Ode to a Soufflé” (2014)]