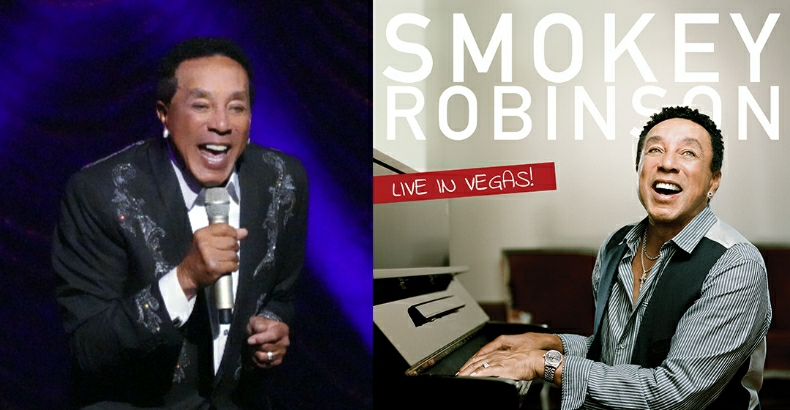 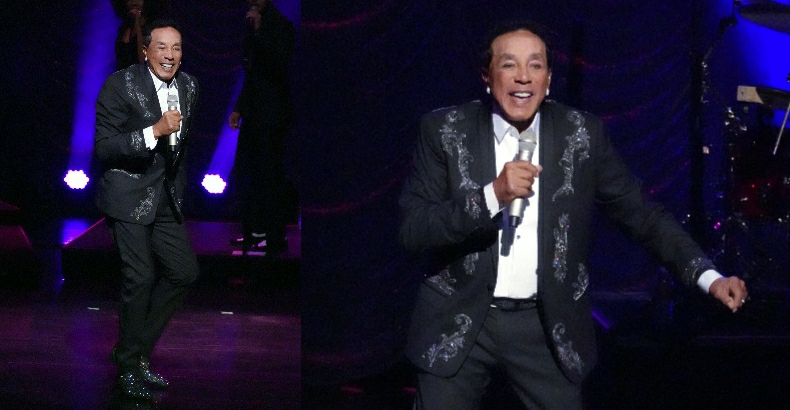 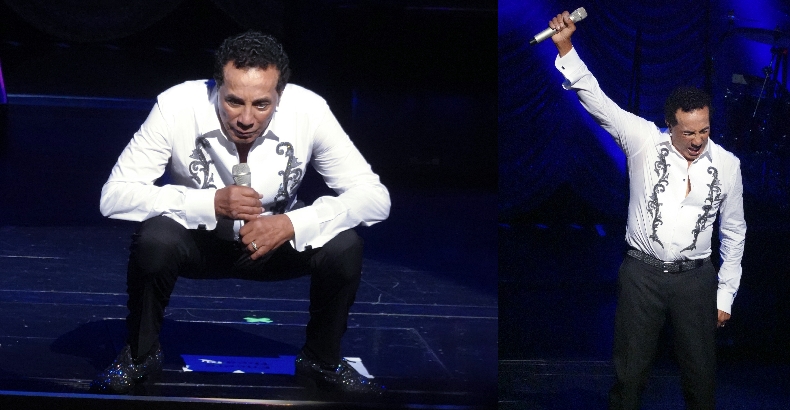 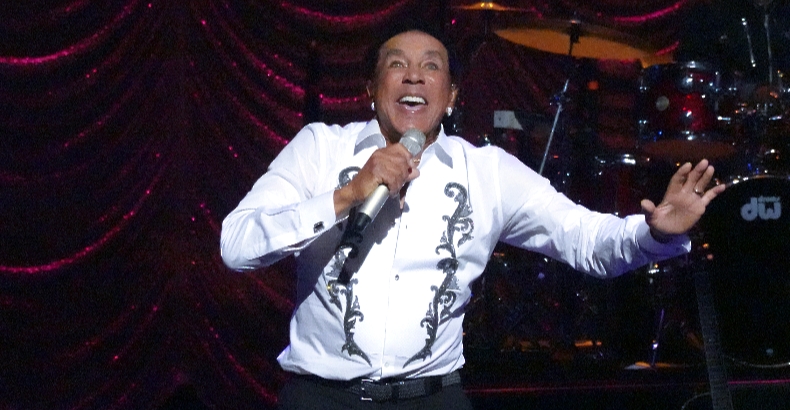 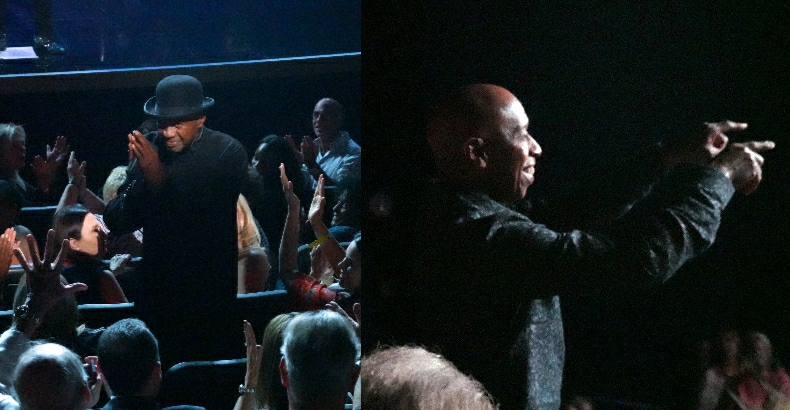 Debonair lullabies, in melodies revealed. In deep despair on lonely nights, he knows just how you feel.  The slyest rhymes, the sharpest suits, in miracles made real.
ABC, “When Smokey Sings” (1987)

Our country’s “greatest living poet” is how Bob Dylan has described the American treasure known as Smokey Robinson.  As co-founder, frontman, chief songwriter, and producer for The Miracles (later, Smokey Robinson and the Miracles), Robinson was already working with songwriter Berry Gordy when the latter formed Tamla Records in 1959 (which became Motown Records the following year) and signed the Miracles as the label’s first act.  The Miracles broke-out with the Robinson and Gordy-penned hit, “Shop Around” (1960), that went on to be the first million-selling hit for both the band and the label, thereby cementing the success of both.

Six decades later, Robinson can look back at a career that not only saw him writing a number of memorable and lasting hits for the Miracles, including “Ooo Baby Baby,” and “The Tracks of My Tears” that made the top twenty; top ten hits like “You’ve Really Got a Hold on Me,” and “I Second That Emotion;” and “The Tears of a Clown” that went all the way to number one.

Furthermore, Robinson (whose skills as a songwriter are epic) would write a number of the hits recorded by other Motown artists, including “My Guy” for Mary Wells, “Ain’t That Peculiar” for Marvin Gaye, “Don’t Mess with Bill” for The Marvelettes, and (perhaps most significantly) “The Way You Do the Things You Do,” “My Girl,” and “Get Ready” for The Temptations.

Later, Robinson’s 1975 album, A Quiet Storm would prove to be so influential, that its name was appropriated by an entire R&B subgenre and radio format; with Rolling Stone’s Ben Fong-Torres describing quiet storm (a format that would grow to be best known for artists including Sade, Luther Vandross, and Anita Baker) as a "blend of pop, jazz fusion, and R&B ballads—all elegant and easy-flowing, like a flute of Veuve Clicquot champagne.”

Now, following AEG Presents LV’s successful, sold-out run of Smokey Robinson: Live in Vegas!, at Wynn Las Vegas, in February; the baby-faced legend with the green eyes and golden falsetto has returned to go another round, with three more performances (September 18, 20, and 21) in the intimate Encore Theater.  And if the performance Robinson gave on the 18th is any indication, audiences on the 20th and 21st are in for a real treat.

In addition to a bounty of the numbers he recorded with the Miracles, and a medley of songs he penned for the Temptations, Robinson performed a few of his solo hits, including “Being With You,” “Just to See Her,” and “Cruisin;’” as well as “La Mirada,” a new Spanish song he’s just recorded; and a Smoke-tacular cover of the Kaye Ballard ballad, “Fly Me to the Moon.”

Over the course of the evening, he actually stopped what he was doing – not once, but twice – and took requests that were being screamed at him from the audience - specifically, “More Love” (a 1967 song by Smokey Robinson and the Miracles that became a top 10 hit for Kim Carnes in 1980) and “Bad Girl” (the 1959 doo-wop track that was the Miracles’ first single, and was also the first single released on the Motown label). That his band and back-up singers were able to adroitly pick-up and go, with songs not on the setlist, was pretty fantastic to observe.

Best of all, like many of the artists who perform in the Encore Theater, Robinson took advantage of the venue’s intimacy and charmingly interacted with his audience.  He told stories (perhaps the funniest being an anecdote about a memorable interaction with Stevie Wonder at a Motown Christmas party*), had some amusing interactions with members of his band (which included six musicians and three vocalists), serenaded various ladies in the front, and even brought two such women on stage to help him lead the audience in a sing-along to “Cruisin’” for the finale. **

When people ask me what I do when I hear my music on the radio, I tell them, 'I turn it up!'
Smokey Robinson

In addition to a packed audience that included Tamla Claudette Robinson (Robinson’s daughter with his first wife, Claudette Rogers Robinson, aka the “First Lady of Motown” who, as a member of the Miracles, was the first woman signed to Motown), and her daughter, Lyric (Smokey’s granddaughter); two audience members, in particular, received a special honorific from the stage, when Robinson welcomed his friends, the incomparable Tony-winning star of stage (Hair, Jesus Christ Superstar, Pippin) and screen (Sweet Charity, Funny Girl, All That Jazz), Ben Vereen, and Grammy-nominated R&B/Soul singer-songwriter (“On the Wings of Love”), Jeffrey Osborne – both of whom received much-deserved ovations.

So, if you love the songs that shaped the last half-century of popular music, or haven’t yet made plans for this weekend, I highly suggest you click on the link below and get yourself some tickets to see Smokey Robinson: Live in Vegas!, now, at Wynn Las Vegas.

[Editor’s Notes: *Wonder gave him the music to a song he’d composed with Norm Crosby, to which Robinson added the lyrics, resulting in Smokey Robinson and the Miracles’ only number one hit, “The Tears of a Clown” // **My friend, Dawn, asked if I thought the two women were ‘shills,’ to which I replied (in reference to the second woman) “I doubt it: Look at the way she’s holding onto him, and [despite Robinson’s best efforts] isn’t letting go.  Besides, she’s wearing nude wedge-slides with a navy satin cocktail dress.”]