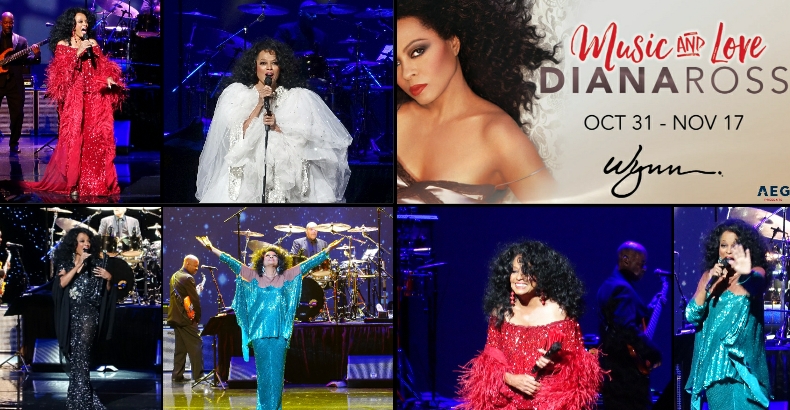 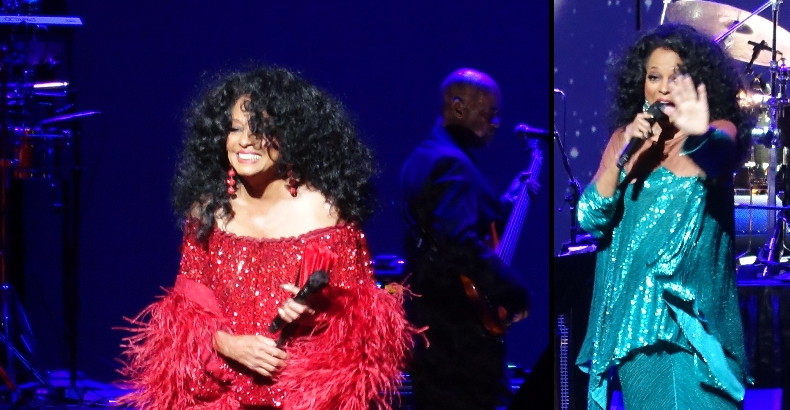 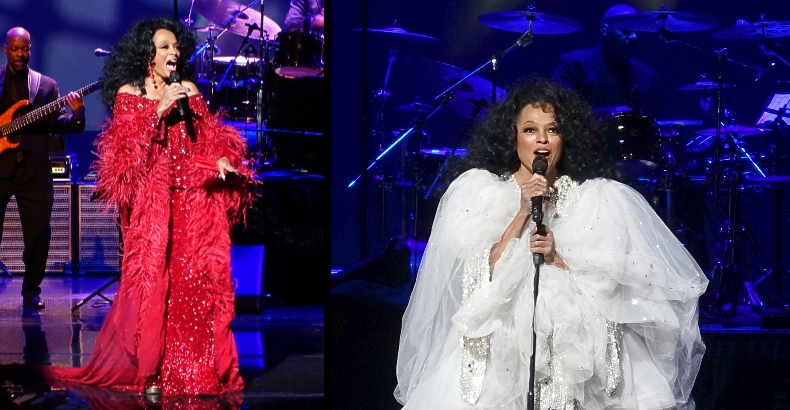 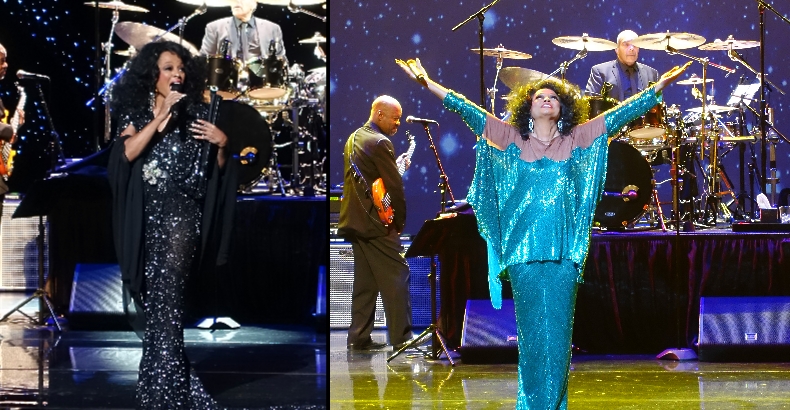 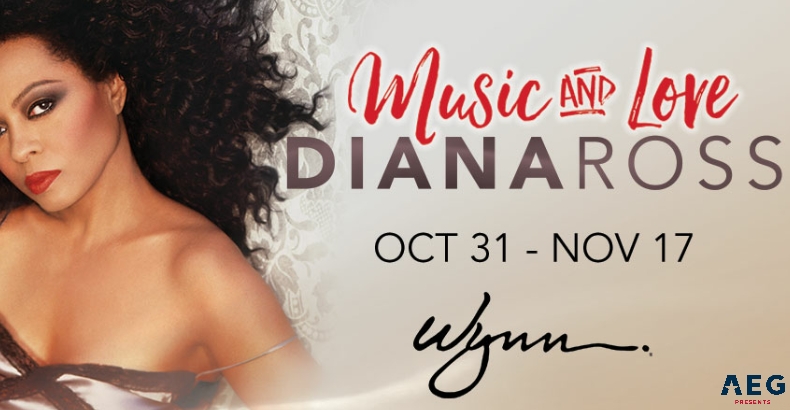 Over the past dozen or so years, I’ve seen Diana Ross delight audiences (at least a dozen times) at The Colosseum at Caesars Palace, at the Venetian Theatre at The Venetian, at the Hollywood Bowl, and at the Encore Theater at Wynn Las Vegas.  Now, she’s returning to Wynn Las Vegas with her new residency show, Diana Ross: Music and Love; and it’s an absolute treat to see her perform, once again, in such an intimate venue – one that she shares with other prestige acts, such as Smokey Robinson, John Fogerty, and Chris Tucker, to name but a few.

It’s kind of a given, that when a performer’s career has spanned as many decades – and produced as many hits – as has Ross’, in order to squeeze-in as many songs as possible, medleys become a necessity.  Mind you, The Supremes are still considered America’s most successful vocal group, thanks to a dozen singles that went all the way to the top of the Billboard Hot 100 chart.  That said, Ross performs these medleys so seamlessly, that her audiences never feel short-changed.  Here's what you can expect, based on her October residency.

Ms Ross, as is her tradition, starts every show with the Chic-produced “I’m Coming Out” followed by a cover of Spiral Staircase’s “More Today than Yesterday” before diving into those Motown hits from her time with The Supremes (“My World Is Empty Without You,” “Baby Love,” “Stop! In the Name of Love,” “Come See About Me,” and “You Can’t Hurry Love,” as well as “Love Child” which was technically recorded after the act was renamed Diana Ross and the Supremes).   And while the songs in this part of the show were recorded in the ‘60s, and are certainly tinged with nostalgia; the arrangements are very contemporary (so younger fans won’t be scratching their heads).

Next come the lady’s hits of the ‘70s and ‘80s.  Dancefloor classics, like “The Boss,” “Upside Down,” and “Love Hangover,” are interspersed with such chart-toppers as “Touch Me in the Morning,” her cover of “Why Do Fools Fall in Love” (originally by Frankie Lymon & The Teenagers), “It’s My House,” and “Ease on Down the Road” from The Wiz.

Tying-up the evening, in with a pretty little bow, Ross goes back to her third and first chart-topping singles, as a solo-artist, “Do You Know Where You’re Going To” (originally an unreleased single by Thelma Houston, before becoming the “Theme to Mahogany”), and “Ain’t No Mountain High Enough” (originally by Marvin Gaye and Tammi Terrell); before giving the Diana Ross-treatment to the song that’s become her finale, “I Will Survive” (originally by Gloria Gaynor).

One of the benefits of seeing a legend of Ross’ stature in the Encore Theater – with its smaller size and steep incline – is that she is able to interact with her audience on a more personal level, and likewise, they with her.  To this end, I've watched Ross ask the engineers to raise the house-lights - and keep them up - for much of her show (something I’ve never witnessed), because she wanted “to see all of those smiling faces” looking back at her.

Many performers feed off of the attentions of their audience, and Ross is no exception.  And it would seem to have the desired effect, since I can’t recall ever seeing the legendary Ms Ross in such high spirits.  And you know what?  It was pretty fantastic.

Get into it!
#TheBoss