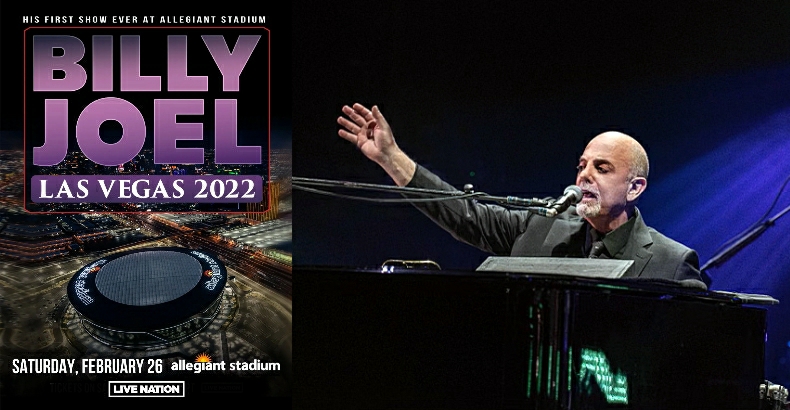 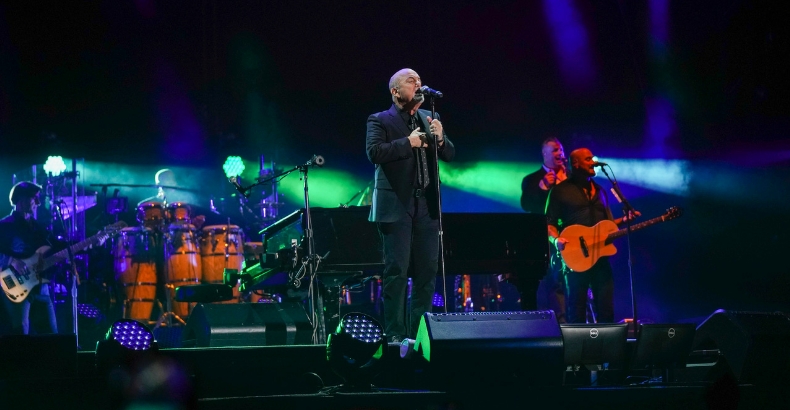 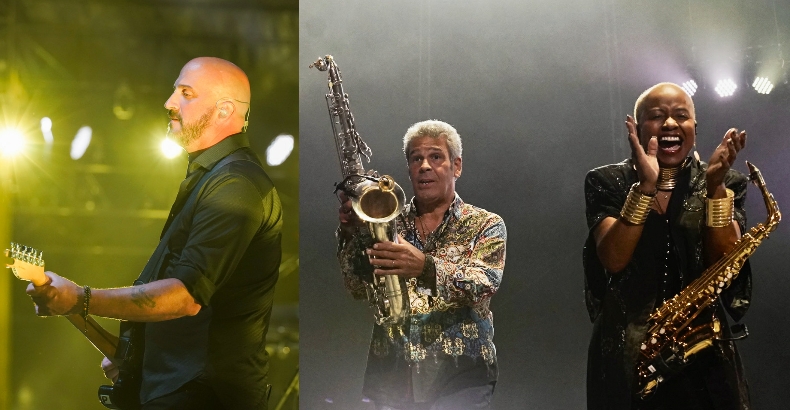 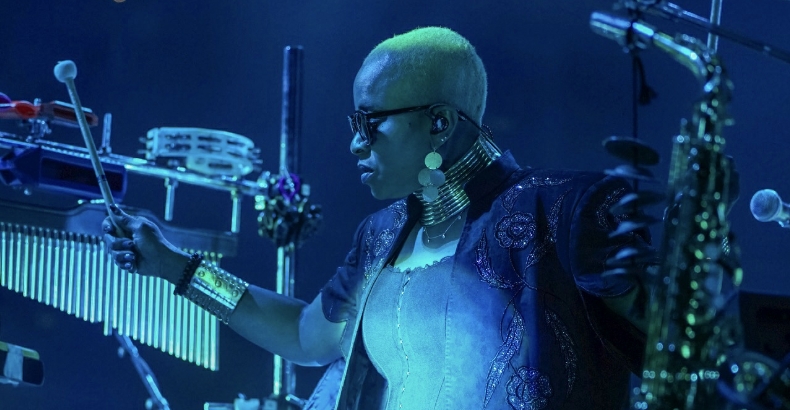 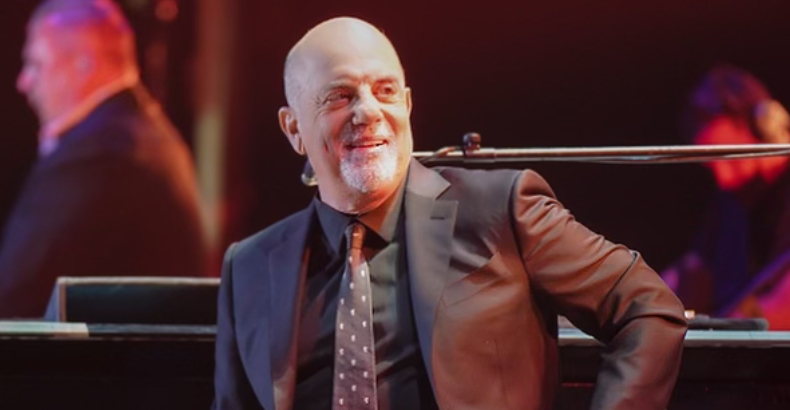 When I think back on my childhood, I’m hard-pressed to think of a time when Billy Joel’s music wasn’t around.  Living in New York played a part, to be sure; but even at summer camp on the Oregon Coast, the music of Billy Joel was omnipresent (and props to Lisa Caplan for making it so).  Even today, when I hear one of Joel’s songs played on any of the multiple local radio stations that play his music, I stop flipping through my presets and enjoy the moment and the inevitable trip down memory lane that accompanies it.

So, when my pal, Myrna Suárez—who (in addition to being a much sought-after portrait photographer for everyone from Anna Wintour and Lauren Bacall to Beyoncé and Big Bird) has been Billy Joel’s tour photographer for years—invited me to Joel’s upcoming concert at Allegiant Stadium, I replied immediately in the affirmative, without even asking for the details.  Better still, I’d be going with Myrna’s twin sister, Annette, who’s an absolute pip!

Now, I hadn’t seen Billy Joel perform live, since I attended one of his and Elton John’s “Face to Face” tandem concerts, at the MGM Grand Garden Arena, more than two decades ago; so, I am pleased to report that he sounded fantastic!  If nothing else, these past two years of not touring or performing live—Joel doesn’t really tour, anymore; so much as he plays one-off concerts in addition to his regular Madison Square Garden residency—have allowed Joel, like so many artists who perform regularly, to recharge his batteries (and his vocal cords).  Rested, and downright ecstatic to be performing for a live audience, Joel and his band sounded and looked sensational (hat tip to Joel's creative director, Steven Cohen, because the lighting, that night, was stunning!).

A half-dozen songs into the concert, I took Annette to the Wynn Field Club, which was pretty awesome, and offers a stunning wide-angle vista from the far end of the stadium, in what during football games is behind the endzone (read all about it in a future essay).  I knew a surprising number of the people, there—including, if memory serves, Jen and Cliff Atkinson, Anna and David Robins, Dena duBoef-Roth and Dr. Jeffrey Roth, Dawn Hume, Alan Waxler, Cari Marshall, as well as the man who oversees the WFC, Wynn Nightlife maestro, Pauly Freedman and his lovely wife, Colleen—and we hung out and kibbutzed, there, for a while.  Then, as we were about to head back to our seats, I was a bit stunned to hear ZZ Top’s “Tush” (RIP Dusty Hill!), being sung by someone other than Billy Joel.  Then, and this really knocked me on my ass, the same vocalist then displayed some real tenor virtuosity, in singing “Nessun Dorma” from Puccini’s Turandot (my favorite opera).  As I would learn, later (when hanging out with the band, after the concert), his name is Mike DelGuidice, and he’s the rhythm guitarist and vocalist for Billy Joel’s band.  Turns out DelGuidice had put together a Billy Joel tribute act called Big Shot, that—with DelGuidice on vocals and piano—had made a name for itself.  DelGuidice was so good, in fact, that in 2013 when Joel decided to take the band on tour in the UK, he asked “Mike from Big Shot” if he’d like to join them; and the rest is music history.

Now, I’d heard some grumblings from people about getting to and from Allegiant Stadium, but I’ve gotta say, it was kind of a snap.  I valeted at the Delano Las Vegas, reconnoitered with Annette and a friend, and together we walked the half-mile over the Hacienda Bridge.  Easy peasy!  And while it will likely prove to have been my cardio for the month, let’s face it: If I can do it with nary a complaint, how hard can it be?  Meanwhile, a quick shout-out to my friend, Abbie Friedman, because, even with a fantastic seat (in the tenth row of section A3), Abbie still had managed to obtain four seats a few rows in front of mine!  But that’s very Abbie, and part of what I love about her!

If I had to pick which of Joel's songs pleased me the most to hear, live, those would be "Pressure," "Big Shot" (gotta love a shout-out to Elaine's!), "My Life," and "Just the Way You Are" (which still gets me, "right there").  Meanwhile, being amongst the 38,000 fans in the audience singing the final chorus of "Piano Man" was something I'm not likely to ever forget.

Anyhow, as mentioned, earlier, I met up with the band and crew, after the concert, at a bar where they'd gathered to decompress, before retiring for the night.  The thing that really struck me was how many members of the crew and band made a point of saying how “chatty” Joel had been, onstage, joking that he’d been like a latter-day Shecky Green, up there.  To wit, my favorite quip was when he told the audience about a reporter who’d asked him about the secret of his longevity as an artist; to which Joel told us that he replied, “Uh, I haven’t died, yet?”

The setlist from Billy Joel’s concert at Allegiant Stadium (March 05, 2022), was as follows: