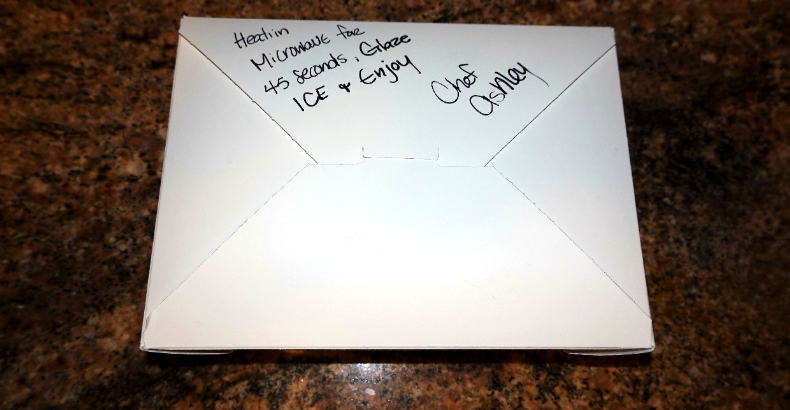 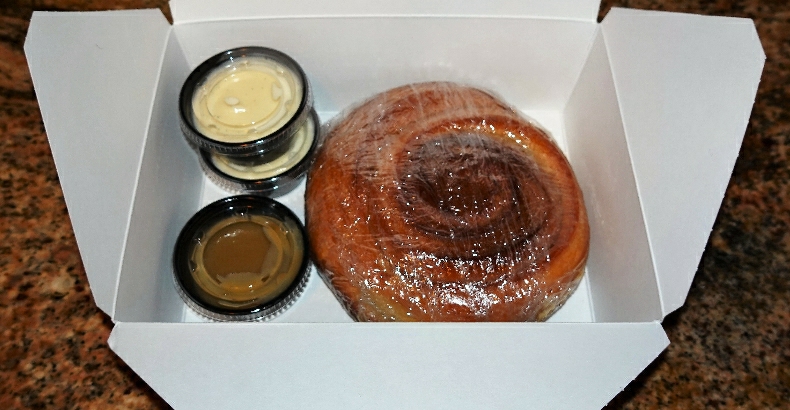 A couple weekends ago, I took my folks to the Summerlin Brunch at Osteria Fiorella, Chef Marc Vetri’s Italian restaurant at Red Rock Resort, Casino & Spa.  They have one of the great patios in town, and the food is always delicious, so we knew we were in for a treat.  And while everything—from the Focaccia French Toast and the restaurant’s namesake Fiorella Sausage presented both à la carte and in the Biscuit Egg Sandwich—was terrific, it was the Giant Cinnamon Bun that really knocked my socks off.  Not only was the pastry marvelously sticky, gooey, and rich; but it was the size of my head!  What’s more, having taken much of it to go, when I finished it off, that evening, it was still moist!

I knew I had to take a deep dive into the story behind this large-and-in-charge interpretation of one of America’s most beloved comfort-food staples; so, I beat a path to the door of Chef Ashley Costa, Osteria Fiorella’s masterful Pastry Chef, and let her tell me all about it.

Chef Costa's tale began with Chef Vetri telling her that he was thinking of doing a Sunday Brunch.

“I was like, ‘Okay.  We should do a cinnamon roll!’  I just remember thinking that none of the cinnamon rolls I’d tried around Vegas had been up to par.  Also, I personally love taking comfort food, like that, and just destroying it and making it over the top and really, really good.  What it should be.

We’d done a collaboration with SecretBurger.com at Vetri Cucina and made a Sticky Bun. * We did a brioche with tons of butter and tons of eggs in it, that gets frozen.  It’s a whole two-day process to make them so that the flavor and the dough can really develop!  Then we put cinnamon and sugar on that, rolled it up, and served it with a toffee sauce.  Everyone just went crazy for it.

I knew that for our Summerlin Brunch I wanted to go in that direction.  So, that’s what we did.  We start with this really ridiculous, super-rich brioche, with regular white sugar and cinnamon, and roll it up.  And we make ‘em real big—that’s the tricky part, making them so big—and then we top it with the toffee sauce.  And, I think that’s the secret: We moisten it up.  It’s that toffee sauce; because it has this buttery richness to it, and a saltiness factor that’s just gonna make it over the top and comforting.  Just what you want.

The icing is a standard cream cheese icing.  I didn’t want to go just straight-up powdered sugar and milk or something that gets hard or crusty.  We wanted to do cream cheese because that is what most people look for when they order a cinnamon roll.  They want that perfect cream cheese frosting, and something that has a little tang and some savory notes to it.

Another key factor, too, is that we heat it up.  We always bring it back to life before it goes out to the guest.  And if someone gets one to go, we always wrap it up and make sure it’s something they can assemble at home; and I write the directions on the box so that when you have it at home it tastes like it would if you were having it, here."

As I can personally attest (and as shown in the slideshow, above), Chef Ashley’s instructions are particularly simple and easy-to-follow.

Will the Giant Cinnamon Bun be the best cinnamon roll you’ll ever taste?  Head over to Osteria Fiorella's Summerlin Brunch, this Sunday, and find out for yourself!