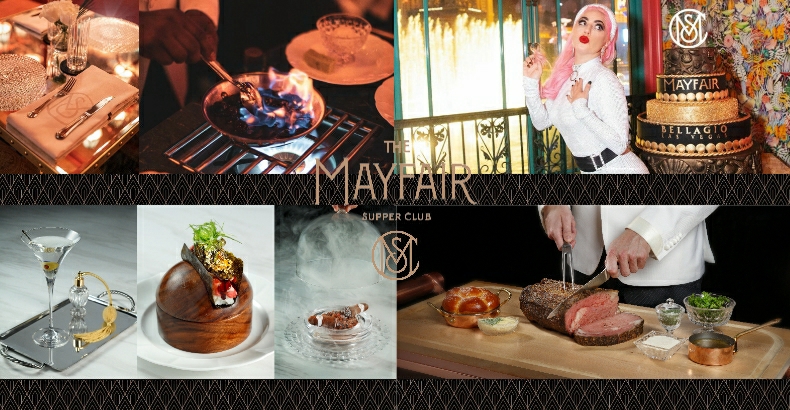 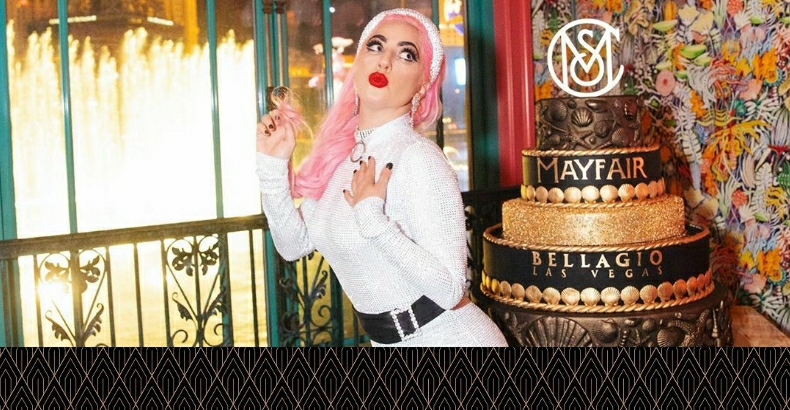 Whether referred to as the Jazz Age or the Roaring Twenties (United States), the Goldene Zwanziger (Germany), or Les Années Folles (France); most historians will tell you that the 1920s were a time when, thanks to advances in modern technology, everything seemed possible (or at the very least, plausible).  Growing out of the aftermath of World War I, the era was marked by vigorous artistic, cultural, and social progress: Women won the right to vote; everyone was enamored with Art Deco; the American music dubbed Le Jazz Hot* by the French was all the rage; and the Flapper—in her knee-length skirts, bobbed hair, and heavy makeup—drank bathtub gin, smoked cigarettes in public, drove her own automobiles, danced the Charleston, and twirled her pearls on both sides of the Atlantic.  Thanks to the opulent excesses of the day, it seemed like everyone in the Western world was having themselves a gay old time! **

So, why not bring some of that exuberance and joie de vivre to Las Vegas, which I daresay revels in its well-earned reputation as the white-hot epicenter of lavish profligacy of our time?  A little slice of the Roaring ‘20s realized in the 2020s if you will (and you should).

Well, now there’s a new spot at Bellagio Las Vegas that’s bound to be greater than Gatsby and takes full advantage of its spectacular view of the Fountains of Bellagio: Ladies and Germs, give it up for The Mayfair Supper Club!!  And lest you think that The MSC is anything less than the cat’s pajamas, Park Theater headliner and universal megastar, Lady Gaga, has already bestowed her blessing upon the venue (in photographic form)!

A collaboration between No Ceiling Entertainment and Bellagio Las Vegas, The Mayfair is going to redefine the Las Vegas dining/nightlife experience, and the resulting spin on dinner-and-a-show promises to be the bee’s knees.  Classic American fare, such as Prime Rib and Dover Sole, will be presented tableside á la guéridon service, while captivating (and decidedly Instagram-able) desserts will be presented with a theatricality worthy of Las Vegas.

Meanwhile, the shows in this immersive dining and entertainment experience promise to amaze, amuse, and thoroughly delight patrons, with a variety of acts produced using the very latest technologies.  Says Dennis Jauch (co-Founder, No Ceilings Entertainment), “We are combining everything from entertainment – singers, dancers, performers – into a beautiful restaurant space. The venue will transform throughout the night from a tranquil piano segment into a swanky jazz era club, and then we are going into full-blown nightlife entertainment.”

So roll your seamed silk stockings over your gams, wriggle into that fringed drop-waist dress, paint your mug and your kisser, lace-up your two-toned spectator shoes, and grab your cloche, gloves, and feather fan on your way out the door; because at The Mayfair Supper Club all the swells (Sheiks and Shebas, both lousy with cabbage) will be lookin’ spiffy, and throwing-down the giggle-water ‘til dawn.

[Editor’s Note: * Roughly a half-century before it became a song by Henry Mancini with lyrics by Leslie Bricusse, for Julie Andrews to sing in the Blake Edwards film (and later, Broadway musical) Victor/Victoria; Le Jazz Hot was a book by French critic Hughes Panassie, who also started the quarterly magazine Jazz Hot // ** And they did have a gay old time… Right up until the crash of the London Stock Exchange (September 1929), and the Wall Street Crash of 1929 (October 1929), which together heralded the Great Depression.]