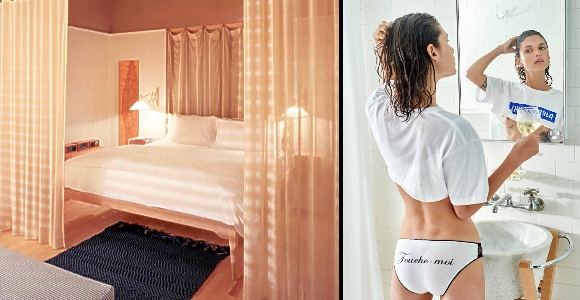 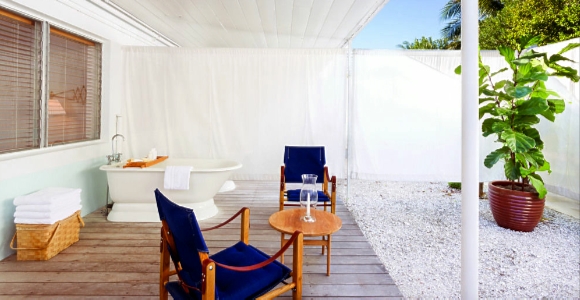 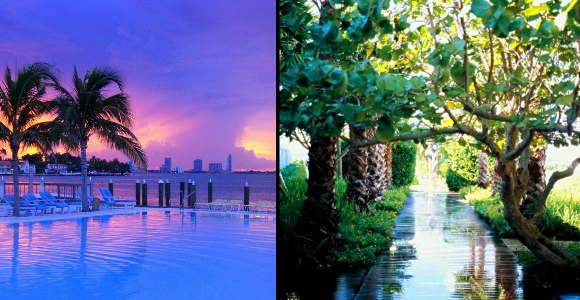 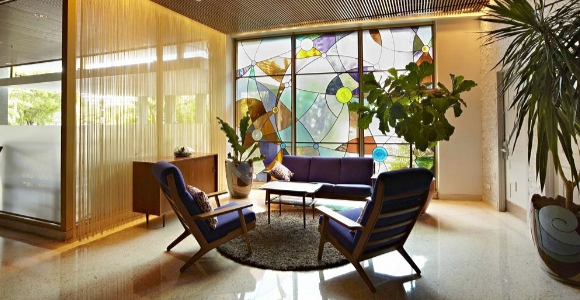 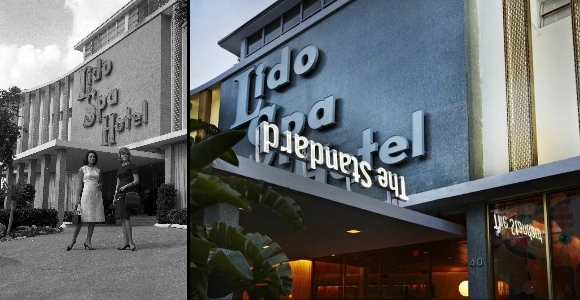 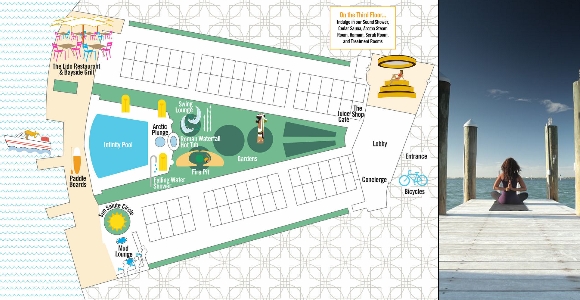 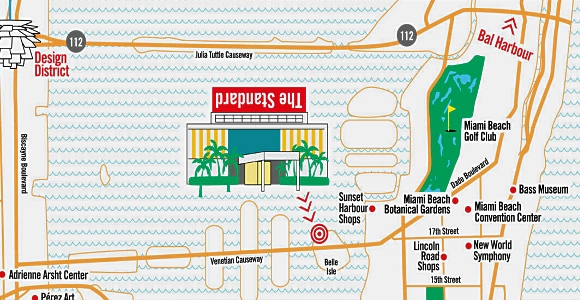 Sometimes you want to be in the center of action, and that’s great.  Sometimes, however, it’s nice to be a stone’s throw from the action, in an oasis of calm – and that’s what I found, when I stayed at the Standard Spa in Miami Beach.  In its secluded setting, on Belle Isle – a mere stroll from South Beach – the Standard Spa offers a respite from the goings-on of Miami Beach; in what was had been the Lido Spa Hotel from 1960 until 2006, when hip hotelier Andre Balazs Standard-ized the joint, by infusing it with a particular mélange of Scandinavian design and mid-century modernism.

When I found that I was going to Miami, to celebrate the 50th birthday of my dear friend, Gingi Beltran; I asked her where I should stay.  When she said “The Standard,” I hopped online, and booked one of their Bath Terrace Large rooms.  Of course, I’m one of those people who plans trips months ahead of time; so, by the time the rest of my gang got around to booking their rooms, they first tried the Standard Spa, but found that it was sold-out.  Long story short, they ended-up booking a row of Villas overlooking the pool, at the nearby SLS South Beach Hotel, which was decidedly hip and happening, and right on the beach; but with hipsters gallivanting and raising the proverbial roof until well past dawn, it dawned on me that perhaps being in the thick of things was something better suited for one’s twenties and thirties than one’s forties.

When I’m on a short trip (in this case, three days and two nights, in Miami Beach) there are four things I look for when seeking accommodations – after which everything else is just gravy.  An in-room safe (to stash what Frank Sinatra referred to as “Baubles, Bangles, and Beads”), really good air-conditioning (I counterintuitively spend an inordinate amount of time in humid climates), a shower with good water-pressure (because who likes a limp and tepid shower?), and a comfortable bed with good linens (I spend a lot of time in/on bed).  I was delighted to find that the Standard Spa offered all four of these.

It’s pretty hard to editorialize an in-room safe, as it’s either there or it’s not.  But that air conditioning, though!  In addition to the fantastic A/C (the control for which was conveniently located next to the bed), there was a multi-speed fan above the bed (also featuring a bedside control) that while being virtually silent, was so powerful that I actually turned it down to its second setting – something I cannot remember ever having done in any situation.  The rain shower had ready hot water and - despite the de rigueur notes about conservation and being green – terrific water pressure.  And the bed – well, I slept so soundly on those Egyptian cotton sheets and down pillows, that I didn’t wake-up in time to join my friends for an afternoon of day-drinking at the Setai, on Saturday!

There was a cone of virtual silence that fell over the hotel (or maybe it was just the humidity), and once inside the lobby, until I reached my room – whether at 3am or 3pm – people were using their indoor voices, and stayed to themselves; and this was precisely what I needed.  There was also a delightful lack of children, though there were a number of guests with dogs.  These were my people!

The exception to this is the staff, who seemed to fall all over themselves to assure that I had everything I might need to make my stay comfortable and worry-free.  As I’d taken the redeye, landing in Miami shortly after 6am; I’d gone straight to my friends’ room at the SLS (after checking my suitcase with the bell desk), where I played with their dog, took a quick nap, then joined them for breakfast, followed by cocktails on the white sand of Miami Beach.  So, imagine my delight when – not expecting my room to be ready until much later that afternoon – I returned from a refreshing dip in the ocean, to a voicemail message from Taryn at the Standard, informing me that my room was ready, whenever I’d care to check-in.  It was 10:30am.

10:30am?!?!  Was I dreaming?  This was possibly the great white whale of travel.  Here I was, with nary a worry nor a care (literally sitting in the ocean, with the water up to my neck, chatting with a few of my BFsF), and the Standard was looking for me, to tell me my room was ready nearly a half-dozen hours earlier than expected.  Since we were to be at the marina at noon, to embark on an afternoon aboard our hostess’ sleek yacht (both the vessel and the day were awesome, btw…), I left the beach, collected my carry-on from the Villa and my valise from the bell desk, took an Uber over to the Standard Spa, checked-in, and thanked Taryn for being wonderful. I was then shown to my room, where I unpacked, showered, figured-out the TV, packed my carryall for the afternoon, and still made it to the marina before my friends!

With a weekend packed to the gills with merriment and gaiety; the Standard Spa, Miami Beach offered me the respite I needed to fully refresh and recharge between bouts of cardio carousing.  Gracias, Standard Spa!