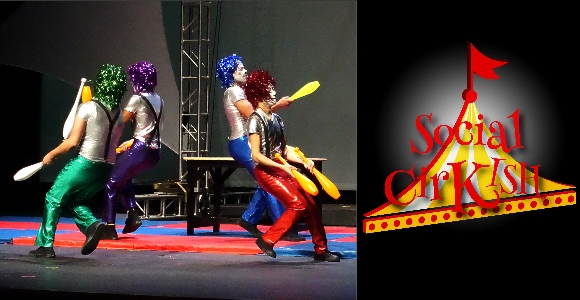 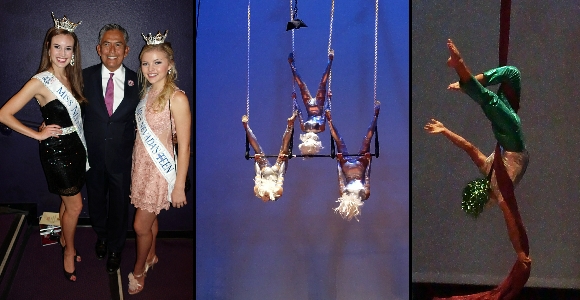 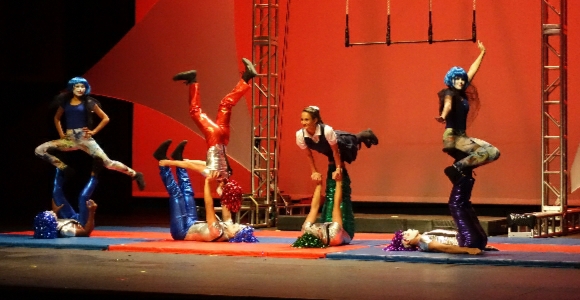 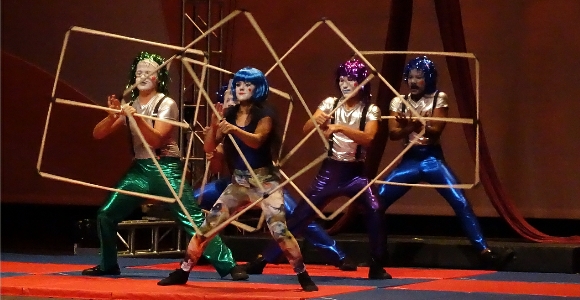 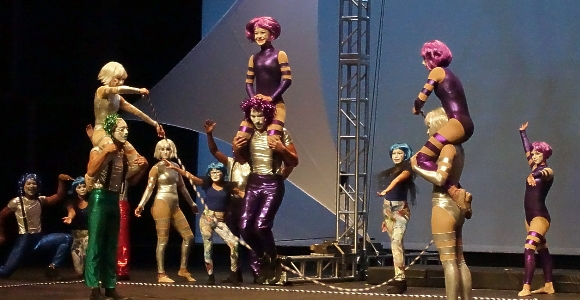 After-school mentoring programs aimed at at-risk youths are nothing new, but putting a fresh – and decidedly Las Vegas-style spin – on the idea, is the Social CirKISH program.

The brainchild of Matthew Frazier, Executive Director of the John C. Kish Foundation, Social CirKISH was founded to promote self-esteem and social interaction.  Created to enhance the emotional, physical, psychological, mental, and social development of students, the program explores and teaching circus exercises and acts that require teamwork and collaboration, by encouraging risk-taking activities, in a safe and nurturing environment.

Social CirKISH’s first Student Showcase was just held at Ham Hall on the UNLV campus, and I’ll admit that after seeing Cirque du Soleil’s The Beatles LOVE, at The Mirage, on Thursday; and Le Rêve at Wynn, on Friday; I was a bit skeptical (okay, fine… bitter, jaded, over it, what-have-you…) about what I’d be seeing, on Saturday.  But I’ve gotta hand it to those kids and their trainers – they not only performed beautifully, in tandem, doing things I’d never consider doing; but put a smile on my face and drew my sincere applause and admiration.

Also, it was delightful to attend an event that was completely underwritten by an organization that wasn’t asking for a donation.  Don’t get me wrong.  Social CirKISH is working to get their 501(c)3 status from the IRS (independent from the Kish Foundation’s) and like most non-profits is delighted to receive a donation; but this Showcase was decidedly not a fundraiser.  There was no guest-list, no seating chart, and no sucking-up.  Just a bunch of brightly costumed kids, enjoying themselves, showing what they’d learned.  And that made getting-up and schlepping across town (after grooving to Kaskade at XS, until the wee hours) totally worth it.