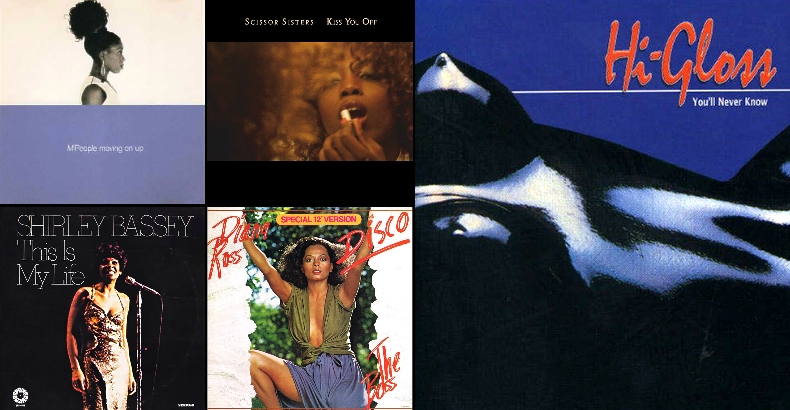 Recently, a friend and I were discussing break-up songs, and it occurred to me that I’d written about this topic, once upon a time.  So, I looked it up, and it was among the first essays I posted when I launched ShulmanSays, in 2009.  What’s more, I still stand by every one of these, more than a decade later.  So, with some updated images and videos, here it is.  (Meanwhile, take that, #10YearChallenge!)

I tend to use music as medicine; and when I’m feeling forlorn, there’s nothing better to put a hitch in my giddy-up than a fierce anthem, with a fabulous female vocal.  Mmmmm!  Probably has something to do with being bipolar, or some such nonsense.

Anyhoo – A lot of people have been asking me to do some posts about my take on pop culture.  I guess it makes sense. It’s my “thing” after all…  So, for those of you who asked – this one’s for you.

So, I was watching Ugly Betty (although I’ll be damned if there’s a connection) when I started putting together a Playlist (for anyone over 35, that’s what we would’ve referred to back in the day as a “mixtape”) of songs that embody that feeling of pushing through, wiping off the grit, and saying “Ha!  Here I am!  Learn it!”

That said, here are a half-dozen of my favorite songs of empowerment, brought to you for no reason other than to feel good about yourself.  Enjoy!

6.  “The Boss” by Diana Ross – Love taught Miss Ross “who was the boss,” and did so with a fantastic bassline and a terrific rhythm section.  Another triumph for the incomparable (and married) songwriting/production team of Nickolas Ashford & Valerie Simpson.

5.  ”Kiss You Off” by Scissor Sisters – The metaphor of men as lipstick and finding “a brand new shade” is a bit of clever, witty erudition from the band’s in-house glamazon, Ana Matronic.  And the beat?  Made for the catwalk, Sweetie.

4.  “I Will Survive” by Gloria Gaynor – Perhaps the most famous disco anthem of them all (I have vinyl versions, recorded in Spanish and Japanese), it stands-up still as advertised, and survives to this day.

3.  “Moving On Up” by M People – This sassy UK import was all the rage in the ’90s due to Heather Small’s saucy vocals and an over-it sense of elegant blasé.

2.  “You’ll Never Know” by Hi-Gloss – A rare House track from the early ’80s, I was turned on to this delicious cup of bitterness by one of my musical senseis, Billy Beyond.  The fact that the cover art is so yummy is just a bonus!

…and the most empowering anthem out there, according to ShulmanSays (which should come as absolutely no surprise to anyone who knows me) is:

1.  “This Is My Life” by Dame Shirley Bassey – DSB throws down the gauntlet, declares that she doesn’t “give a damn for lost emotions” and lets you know why she’s earned the moniker Burley Shassey.  A vocal tour de force!