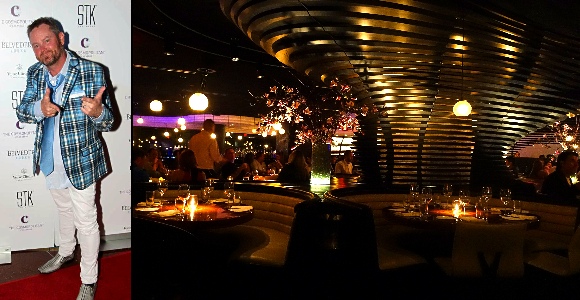 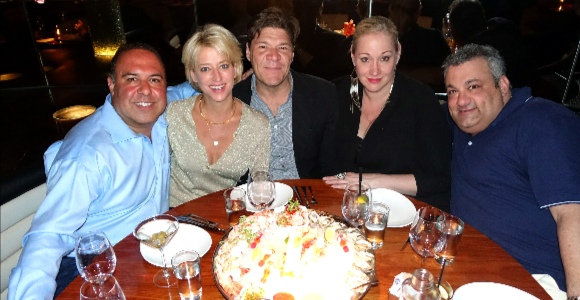 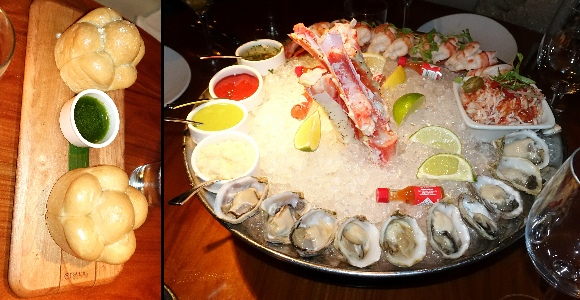 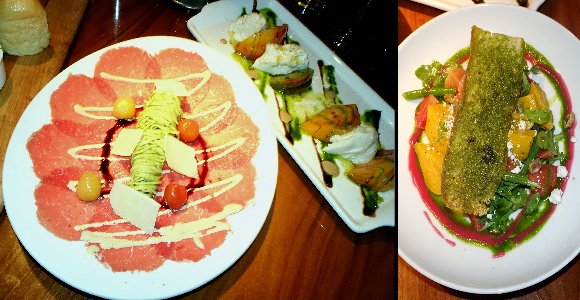 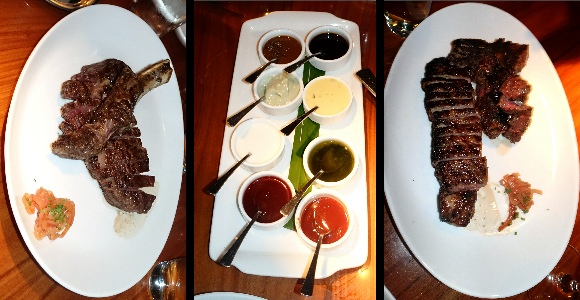 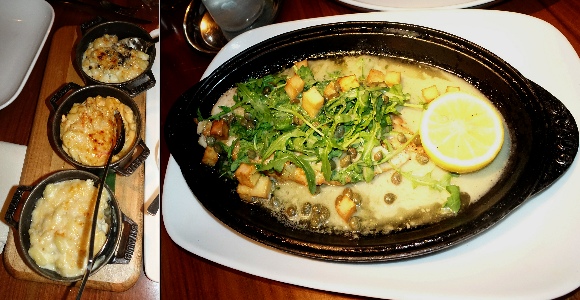 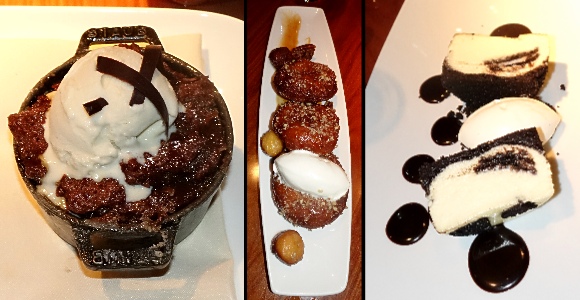 I’ll be the first to admit when I make an erroneous judgment based on arbitrary impressions, and that is exactly what I did with STK at The Cosmopolitan of Las Vegas.  Perhaps I’m getting bitter in my dotage, but I took one squint at the Hervé Léger-clad patrons in the mood lighting, and heard the music blaring at rave-til-dawn levels, and thought “No.”

Well, I’m here to say that my snap-decision from 2013 has prevented me from enjoying what is (as I learned last weekend) a pretty damned good steakhouse.  Sure the music was loud, when we arrived at 9pm; but the moment my friend said something to the manager, it was lowered to a volume more suited to people past their 30s.  The lighting was actually quite flattering, and everyone was dressed comfortably.  To wit, one table near ours was actually seated with guys in swimsuits (Vilebrequin, sure – and paired with nice sweaters and loafers in a Euro-chic manner; but swimsuits all the same), which wasn’t perhaps apropos for dinner, but was indubitably comfortable.

Chef Stephen Hopcraft (whose visage should ring a few bells for any viewer of Bravo’s Top Chef) spent a decade with Michael Mina; so it’s fair to say that the Cleveland, OH native known his way around the kitchen.  And what a kitchen!  The entire length of STK’s kitchen features enormous windows overlooking CityCenter, across Harmon Avenue; and the neon jungle beckons from all angles.

Now, Chef Stephen knows how to please his guests – not by reinventing the proverbial wheel, as much as ensuring that said wheel is as delicious as it can be.  So his take on the classic Caprese Salad features Heirloom Tomatoes and Burrata; while the bread is actually a tear-apart Brioche that’s been soaked in Bleu Cheese Butter.  Yes.  That’s right… Bleu Cheese Butter-soaked Brioche!  I could’ve just eaten the bread, and been delighted, but luckily I foraged on.

The food kept coming, far more quickly than we were able to eat it; but we managed.  The real standouts for me (besides the bread, #BleuCheeseButter) included the Beef Carpaccio with Chilled Basil Noodles, the Mac & Cheese Trio (of which the one made with Truffles was easily my fave), and the 16oz Sirloin.  I’m not really a Rib Eye kinda guy, but those steak aficionados with whom I was dining just raved about the 20oz Bone-in Rib Steak.

But my favorite part of the dinner happened when I found myself alone with our host, and before we knew what was happening, these desserts just began appearing at the table.  First two, then another two, then another, and well, you get the idea.  There was a Banana Bread Pudding that has me salivating just remembering it, a clever Cookies n’ Cream Cheesecake, a trio of ice creams, some sort of berry-covered cake, and (get ready) Sweet Potato Doughnuts with Maple Glaze, Whipped Vanilla Bean Ice Cream, and Candied Pecans.  You won’t find these tasty morsels at Winchell’s (sorry, Ron); but, if you’re ever roaming the halls of the Cosmopolitan, looking for something to soak up the a-a-a-a-alcohol, this is it!  Trust.