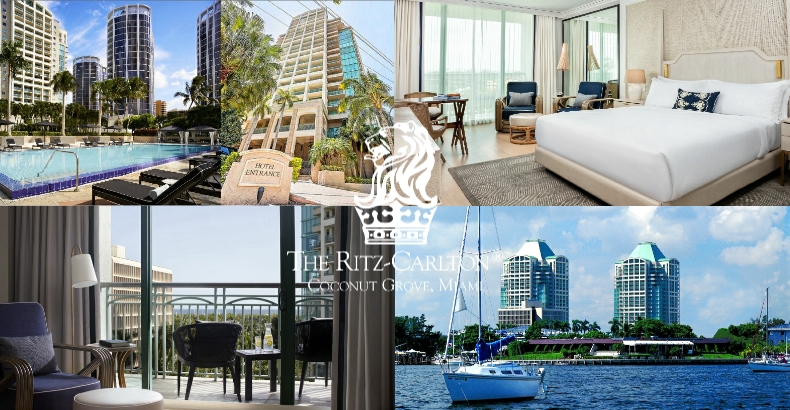 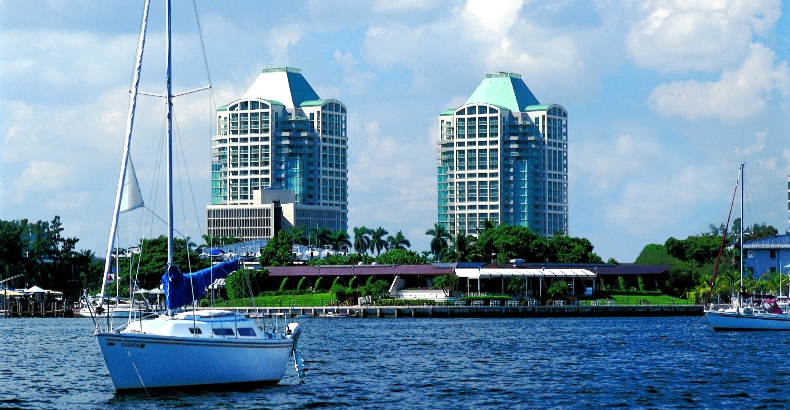 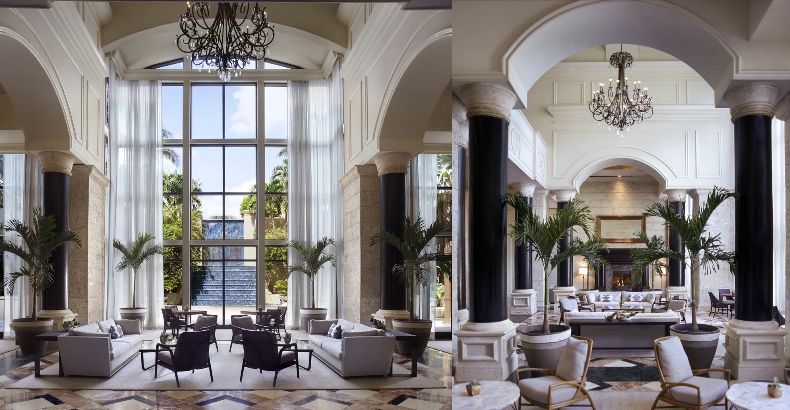 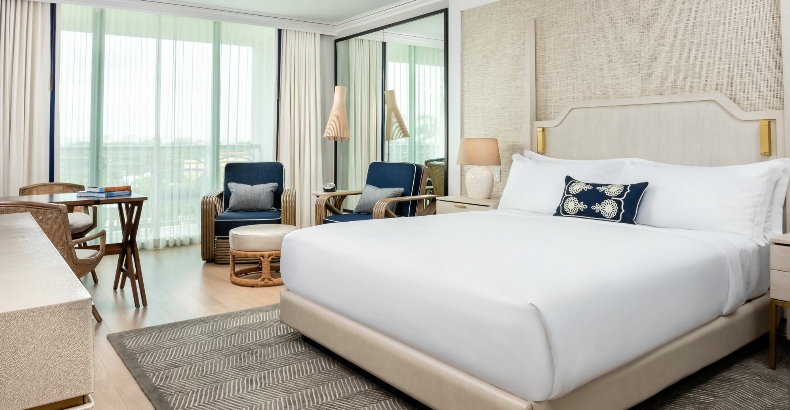 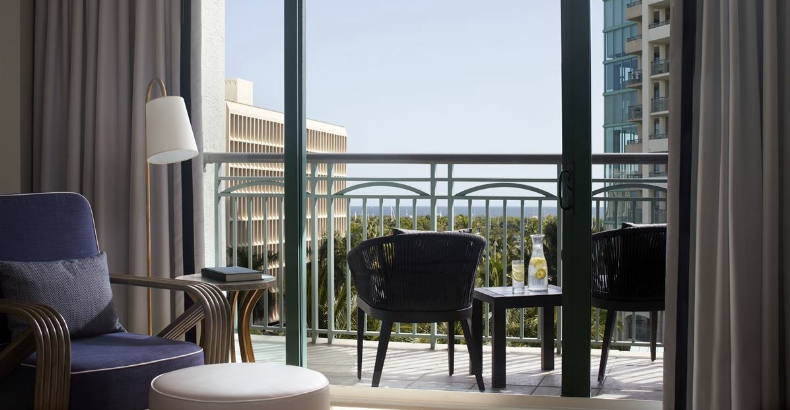 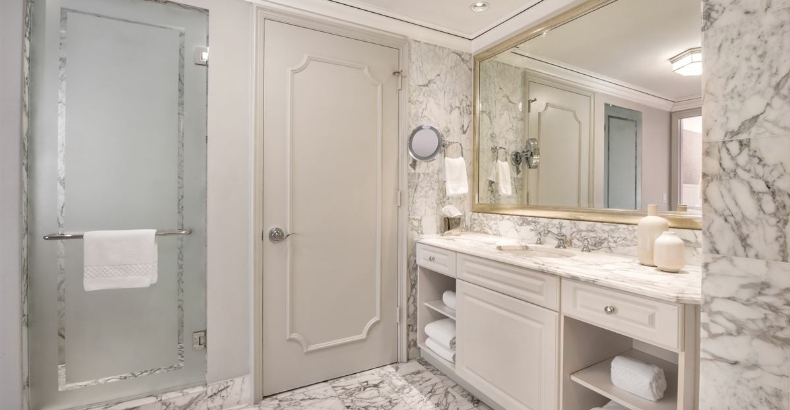 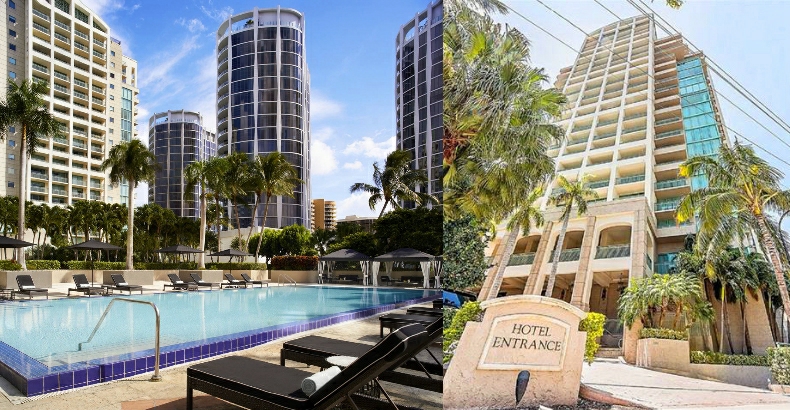 Recently, the question of where to spend a couple of nights in Miami left me with an absurd wealth of options.  Not only are there any number of luxury hotels in the Greater Miami area, but the selection of just those properties belonging to Marriott’s Bonvoy program includes an Edition, a St. Regis, three JW Marriotts, and four Ritz-Carltons (Bal Harbor, Coconut Grove, Key Biscayne, and South Beach, in case you were wondering)!

Anyhow, knowing that while we wanted to avoid the hustle and bustle of South Beach, we still wanted someplace luxe and lovely; the upscale enclave of Coconut Grove, on the shore of Biscayne Bay, sounded both lush and cossetted.  Bonus: In the last scene of the pilot episode of The Golden Girls (“The Engagement”), Rose suggests that she, Dorothy, and Blanche go for a celebratory lunch in Coconut Grove; and really, what more do you need?* So, after a simple points-redemption, we were ready to call the Ritz-Carlton Coconut Grove home (at least for a couple nights).

Miami’s oldest neighborhood (it was established in 1825), Coconut Grove was home to the first hotel built on the South Florida mainland (the Bay View Inn, built in 1882; now Peacock Park); the first public school in Miami-Dade County (First Coconut Grove School, built in 1887); and the oldest house in Miami-Dade County still in its original location (The Barnacle, home to Ralph “The Commodore” Middleton Monroe, built in 1891; now The Barnacle Historic State Park).

Immediately upon pulling up to the porte-cochère, a swarm of valets and bellmen surrounded the car, assisted us out of the car, and led us into the lobby.  There, under a soaring ceiling (three stories, maybe?), with some impressive air-conditioning, we got checked-in, and then followed the bellmen to our respective rooms.  This is when the fragrance used by the hotel first caught my attention. **

I arrived at my room and was instantly taken with just how fresh it looked, smelled, and felt. [And while I’m sure it tasted fresh, I neglected to lick anything, so I’d just be speculating.]  Now, I’m the kind of guy who notices obscure little things that many people don’t, and what’s worse – once I see them, I can’t unsee them; so, they tend to drive me nuts (well, more nuts than usual, in any case); and yet I spied nary a scuff nor a blemish, anywhere.  Meanwhile, having opened in 2001, the property has been around for nearly two decades, but I’m here to tell you that bathed in the natural light coming in from the floor-to-ceiling windows, everything—from the hardwood floors to the swanky modern furnishings, as well as from the bedding to the marble bathrooms—in my room was immaculate, and might well have been brand new (or very nearly so).

And, between the copious amount of white marble, the large soaking tub, the rain-shower (with great water pressure), the fluffy Turkish cotton bath sheets and towels, and the amenities from Asprey’s Purple Water collection (that I kept erroneously referring to as “Purple Rain”); entering the bathroom was akin to visiting an intimate spa for one.

Is it any wonder, then, when you add to this the exceptional service upon which Ritz-Carlton has built its reputation; is it any wonder that the Ritz-Carlton Coconut Gove has become especially popular among upscale locals seeking a posh but private place to heal and mend, following plastic surgery?  Heck, I might have something pulled, just so I’ve got an excuse to go back!

Get into it!
#RitzCarlton