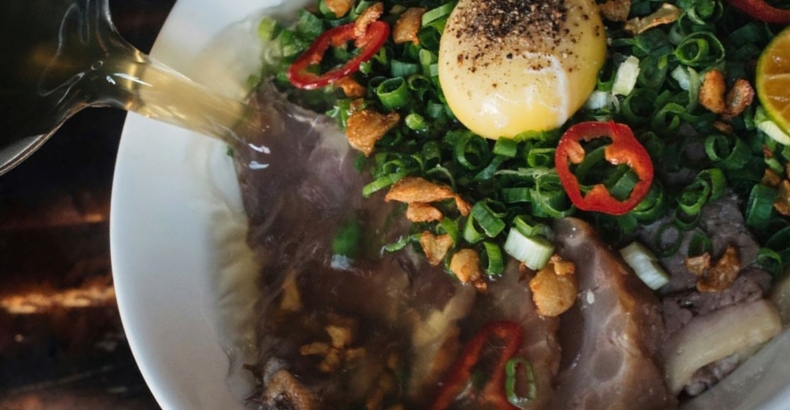 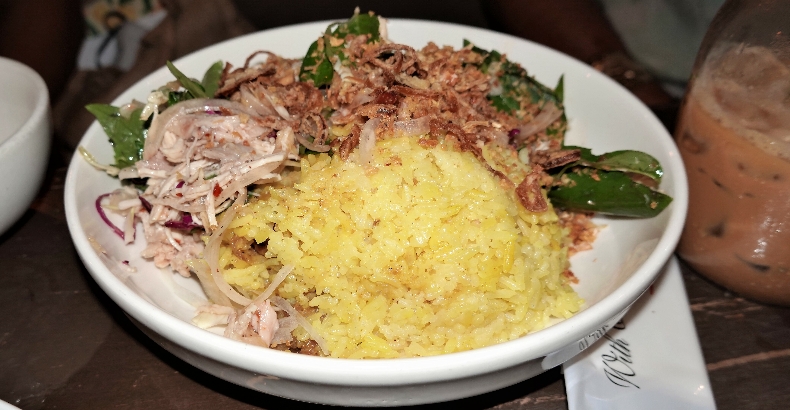 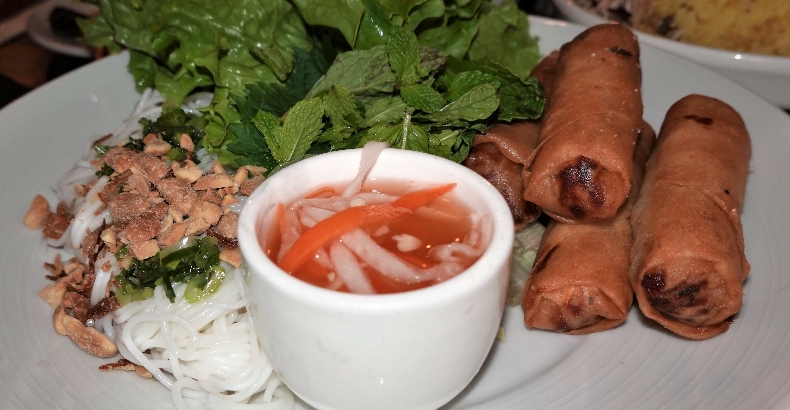 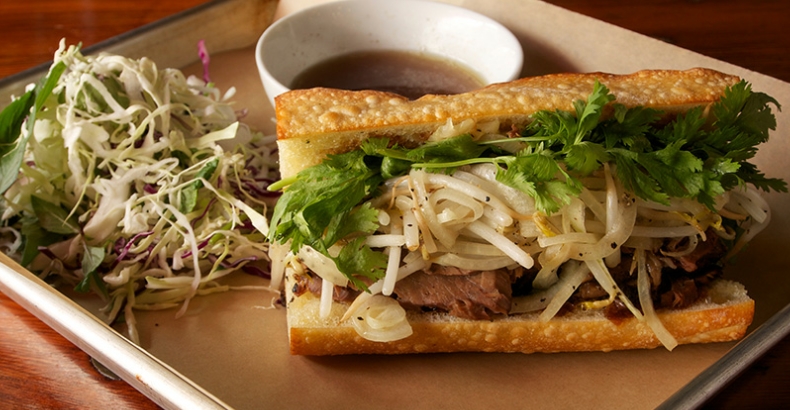 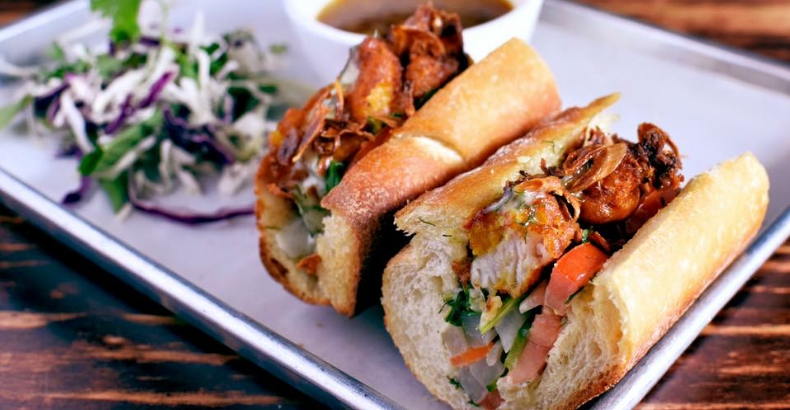 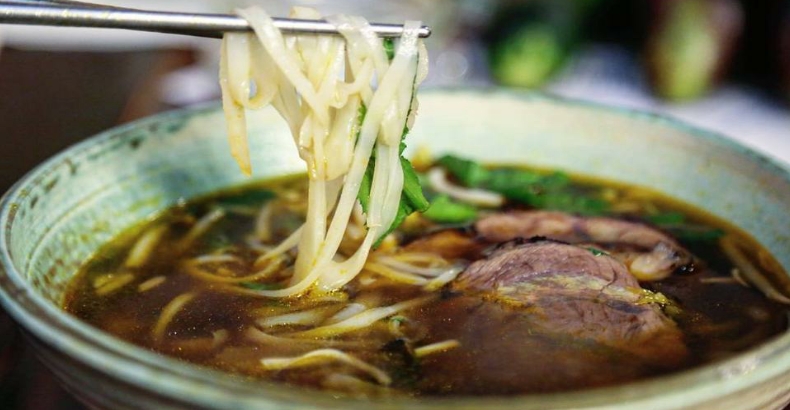 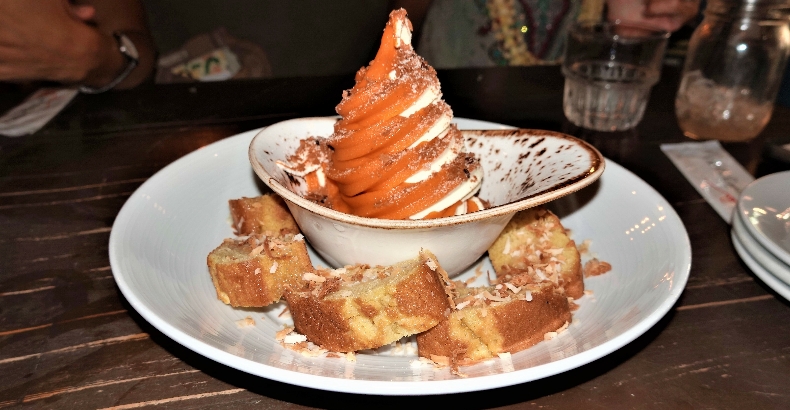 When the fabulous Malie Moran invited me to join her for some lunch and a bit of gallery hopping in Downtown Honolulu’s Chinatown Historic District, I immediately replied in the affirmative, without bothering to ask for details.  And while I’m a bit of a finicky eater, I knew that, wherever we went, Moran—the co-author of Honolulu Street Style, founder of Hawaii RED Style, and producer of the Dîner en Blanc events in Hawaii—would never steer me wrong.

Upon being dropped off by my Uber, on the corner of Smith Street and N. King Street, I caught sight of The Pig and the Lady’s porcine-inspired ampersand logo in pink neon, and smiled to myself, fairly certain that I was about to enjoy a fantastic lunch.  I was right, though I had yet to realize just how right.

Finding Maile and our friend, Yana, already seated; I made my way over to the table, said my hellos, and picked up a menu.  So many yummy options!  As is the Island way, we took our time and figured we’d get ourselves a couple of starters to nibble upon while selecting our entrees in a leisurely manner.  The ladies decided to get the Hội An Chicken Salad & Rice (with shredded chicken marinated with nuoc mam, Vietnamese coriander, cabbage, fried shallots, and black pepper), whilst I—fully intending to share, mind you—ordered Mama’s Spring Rolls (stuffed with pork, fresh Kupu Farms lettuce, P&L house pickles, nuoc mam, and vermicelli noodles).  I meant to try the salad, almost as much as I intended to share the spring rolls.  Regrettably, I did neither (though I only kind of regret not sharing the spring rolls, because, wrapped in a big leaf of that fresh lettuce with some of those noodles, and dipped in that nuoc mam, those spring rolls were insanely addictive).

Maile’s sandwich, which I sampled (and by sampled I mean I ate half) was heartier than I’d expected anything with the word “grilled” to be, moist, and bursting with fresh and vibrant flavors.  My Pho 75, meanwhile, was sublime; and after doing some online sleuthing, I learned that the 75 is a reference to 1975, the year that the Le family immigrated to the United States.

When it came time for dessert, I asked our server to help me decide between the P&L Soft Serve—a “swirl” of Frozen Vanilla Bean Custard and Thai Tea Sorbet—topped with “magic crack” (aka paillete feuilletine), and the Brown Butter Pound Cake with toasted coconut.  When he informed me that the two comprised his favorite combo, we told him to bring us the combo.  I don’t want to put too fine a point on it, but we hoovered those desserts in no time, flat.

Later that day, I did a deep-dive into The Pig and the Lady and learned that it is every bit the family affair, with Chef Andrew Le (the pig) applying the CIA-trained culinary skills that made him a twice-nominated James Beard semifinalist to the traditional Vietnamese recipes of his mother, Loan “Mama” Le (the lady); while his brother, Alex oversees the operational side of things.

It all works, and wonderfully so.  And while you might wonder how any restaurant can live up to the hype that The Pig and the Lady has so deservingly received; after one meal you’ll be adding your voice to the chorus of praise.

So, keep your hot soup: I’ll take the haute pho at P&L, any day!

The Pig and the Lady
Chinatown | Honolulu, Hawaii
Click HERE for info 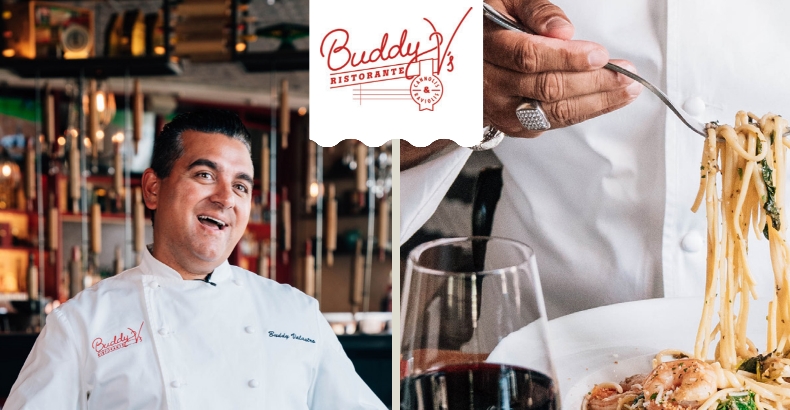