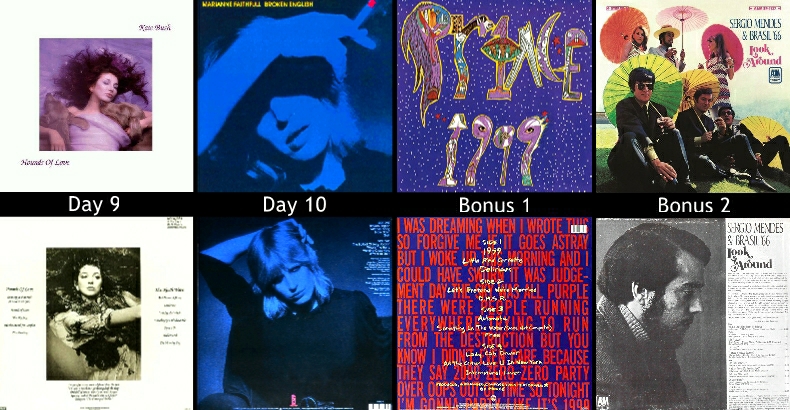 I think I first became aware of Kate Bush, when I first heard her duet of “Don’t Give Up,” with Peter Gabriel, on his 1986 album, So; and was unable to get that rich and emotive dramatic soprano voice out of my head.  I then found the Hounds of Love album, and became enamored of the way she interwove storytelling, mythologies, Brit Lit, and vivid poetic imagery, into her lyrics; while suffusing her music’s progressive rock and synthpop sensibilities with multi-layered orchestrations, and classical theatricality.  And that was that.  Later, in college, I was listening to big-beat/electronica outfit Utah Saints, and realized that the sample in their breakout hit, “Something Good” (1992) was created around a sample of Bush singing the chorus of “Cloudbursting.”  Then, some thirteen years later, I learned that Coldplay had based the drum beat in “Speed of Sound” (2005), on that of “Running Up That Hill.”  Talk about ongoing influence and reach!

Favorite Songs: “Running Up That Hill (A Deal with God)” / “Cloudbursting” / “Hounds of Love”

When I was living in New York, in the late Nineties, I became friends with the artist Scott Covert (a member of the late 20th Century Abstract Expressionist school).  Covert’s three great cultural ‘gifts’ to me consisted of the essays of Cookie Mueller*; insight into the NY nightlife scene** of the ‘70s, ‘80s, and ‘90s; and the music of Marianne Faithfull – especially her comeback masterpiece, Broken English.  The album is decidedly New Wave in style, with rock, punk, and reggae influences.  The tracks “Broken English” and “Guilt” are stunning, and the album’s pair of covers—of John Lennon’s “Working Class Hero” (1970), and of Dr. Hook & the Medicine Show’s Shel Silverstein-penned “The Ballad of Lucy Jordan” (1974)—have become anthems.  But it’s the raw rasping rage of “Why’d Ya Do It”*** expressed through spoken proto-rap lyrics, that made me come together (albeit with my jaw dropped).  And while her song “Times Square” (from 1983’s A Child’s Adventure) is my favorite; and the tracks from A Secret Life (her 1995 collaboration with late Twin Peaks composer, Angelo Badalamenti) I find to be her most beautiful; it all goes back to Broken English, for me.

When Prince and the Revolution released Purple Rain, in 1984; it was, to my eleven-year-old ears, transformative.  Then, the next year, when I went to get its successor (1985’s Around the World in a Day), I also grabbed a copy of its 1982 precursor, 1999; and before you could purify yourself in the waters of Lake Minnetonka,” I was up to my ears in that funky, synthesizer-heavy, neo-psychedelic grooviness known as the Minneapolis Sound.  Perhaps best known for the trio of tracks from the double album’s Side 1 – “1999,” “Little Red Corvette,” and “Delirious” – and rightly so; it was the hypersexualized lyrics and throbbing drum-machines of “Let’s Pretend We’re Married” and “Lady Cab Driver” as well as Prince’s virtuosic musicality throughout the double-album’s dozen tracks, that make 1999 an all-time favorite of mine (and many, many others).

I really can’t remember a time when I wasn’t cognizant of the jazzy Latin rhythms of Sergio Mendes.  Turns out, my mom always dug Herb Alpert, so it’s only logical that she’d have played Herb Alpert Presents Sergio Mendes & Brasil ’66 (which contained Mendes’ hugely popular 1966 cover of Jorge Ben Jor’s 1963 hit, “Mas, Que Nada!”).  But it wasn’t until stealing the show at the 1968 Academy Awards telecast—with their performance of the nominated Burt Bacharach/Hal David song, “The Look of Love”**** from Look Around—that Sergio Mendes shot to worldwide acclaim.  A heady mix of breezy songs penned by three-time Oscar-winning songwriting duo Marilyn and Alan Bergman (including “Like a Lover,” “So Many Stars,” and the album’s title track), and a couple of bossa nova covers (“Look of Love” and Lennon and McCartney’s beloved Beatles classic “With a Little Help from My Friends”); Look Around has found me coming back for Mendes’ syrupy rhythms, time and again.

[Editor’s Notes: * After starring in a number of John Waters’ films, Cookie Mueller moved to New York, where she penned the column “Ask Dr. Mueller” for the East Village Eye and later served as the art critic for Details.  Mueller died from AIDS-related complications—in 1989, at the age of 40—before the posthumous releases of her memoir, Walking Through Clear Water in a Pool Painted Black (1990), and the compilation Ask Dr. Mueller: The Writings of Cookie Mueller (1996). // ** A noted expert on NY nightlife, Covert was an habitué of Area, Club 57, Club A, Mudd Club, Hurrah, Crisco Disco, and Studio 54; and was a subject of Anthony Haden-Guest’s The Last Party: Studio 54, Disco, and the Culture of the Night (1997), and appeared on VH1’s Studio 54: Behind the Music (1998) // *** Written by poet Heathcote Williams, “Why’d You Do It” was originally intended for Tina Turner until Faithfull convinced Williams that Turner would never record it.  Meanwhile, Jimi Hendrix’s 1968 cover of Bob Dylan’s “All Along the Watchtower” (1967) served as the inspiration behind the song’s melody. // **** Mendes’ cover out-charted the original version by Dusty Springfield; and featured a lead vocal, not by Lani Hall (the de rigueur lead-singer of Brasil ’66, and Herb Alpert’s wife), but by co-vocalist Janis Hansen.] 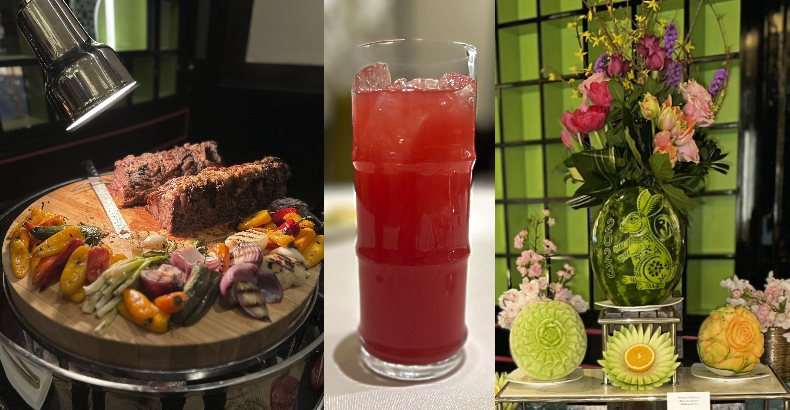