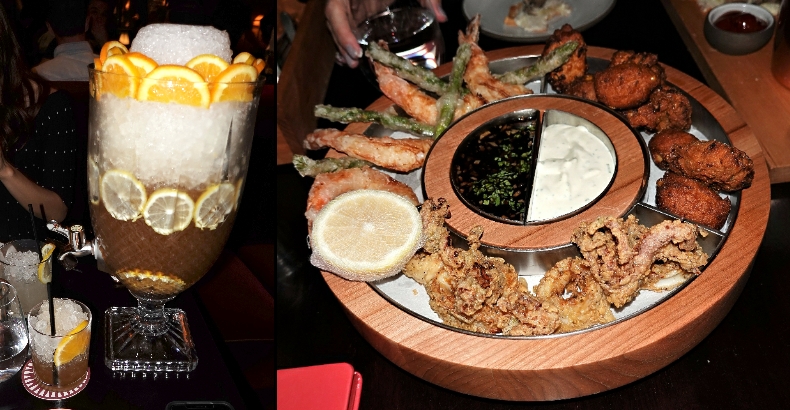 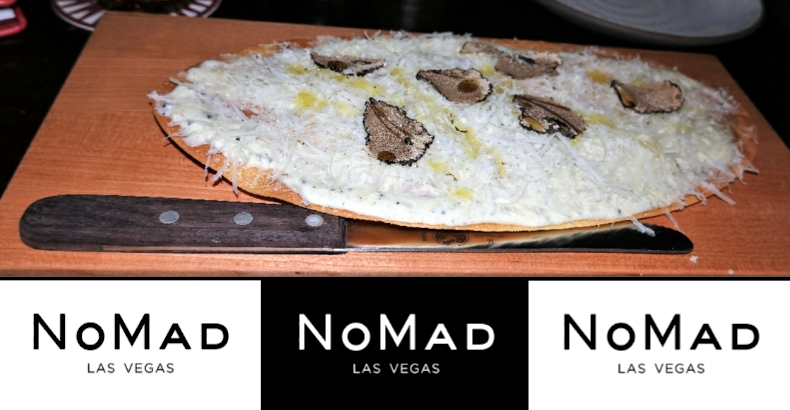 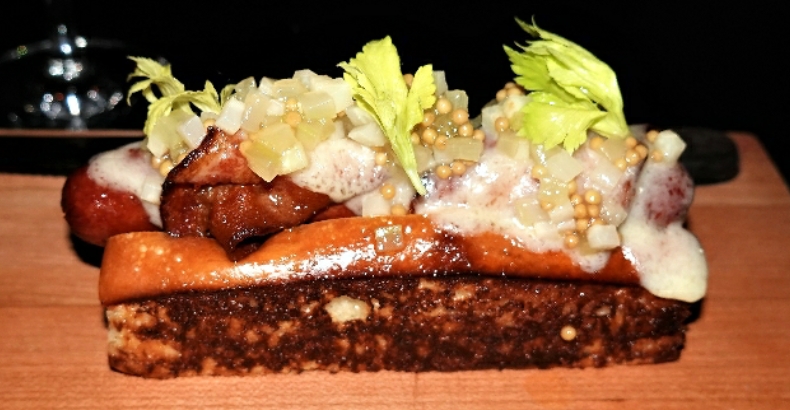 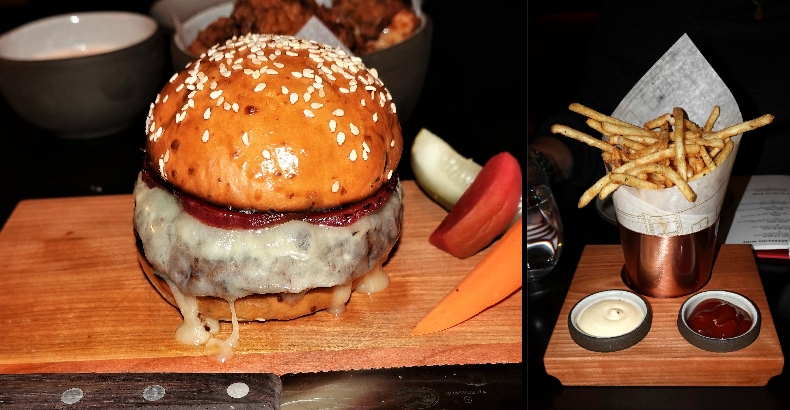 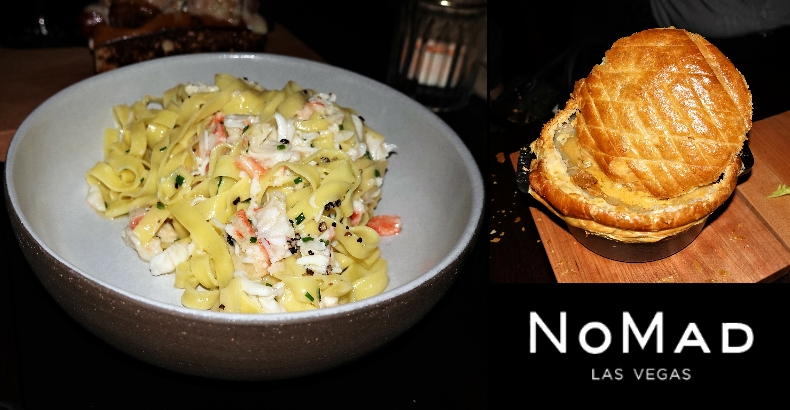 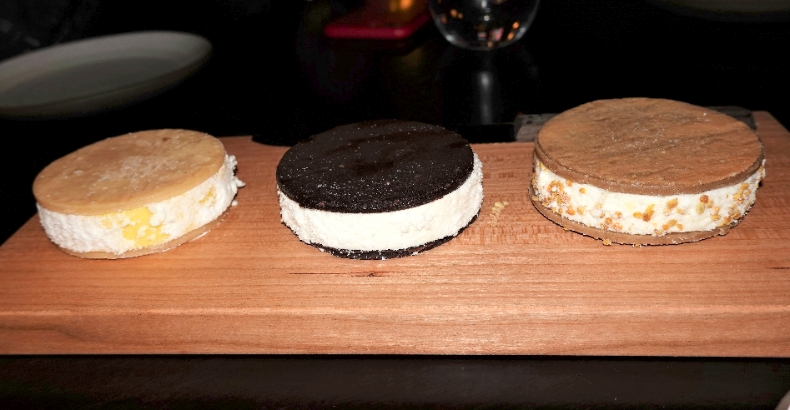 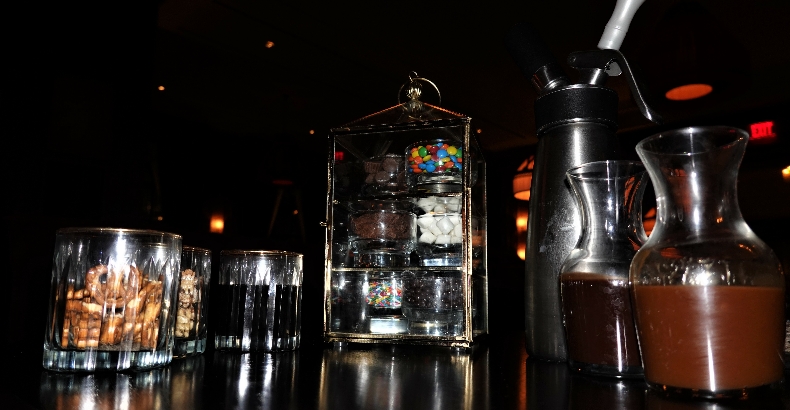 There’s a lot to be said for authenticity, and in the case of the pair behind the new NoMad Las Vegas – restaurateur Will Guidara and Chef Daniel Humm – they’ve got it in spades.  The duo who rose to acclaim with the much-lauded Eleven Madison Park (last year, EMP topped the UK’s prestigious annual ranking of “The World’s 50 Best Restaurants;” and has been awarded Three-stars from the Michelin Guide, Five-stars from the Forbes Travel Guide, Wine Spectator’s Grand Award, and more James Beard Foundation Awards than you can count on one hand) are also - in partnership with Sydell Group - the force behind the celebrated NoMad Hotels, in New York, Los Angeles, and now, Las Vegas.

A self-contained resort-within-a-resort, the NoMad Las Vegas is on the grounds of the reimagined Park MGM; yet it features a dedicated valet, with its lobby just inside the door to the left of the foyer, and the elevator just beyond the foyer.  No schlep: No problem.  Meanwhile, if instead of turning left from the foyer and going to the lobby, you turned to the right, you’d find yourself in the wonderful NoMad Bar.  Open from 7:30am until midnight (until 2am on weekends), the NoMad Bar serves breakfast, brunch, lunch, dinner, and dessert; not to mention some of the most swanky and cleverly constructed cocktails in town (this or any other, I’d reckon) thanks to James Beard Award-winning Bar Director, Leo Robitschek, author of The NoMad Cocktail Book.  There’s even a beautifully-appointed outdoor terrace, for those wanting to enjoy a cigar.

There are stories to be shared of the NoMad Restaurant (or as I like to call it, “Bruce Wayne’s dining room”), filled as it is with many thousands of volumes from the Estate of David Rockefeller; as well as the High-Limit Gaming Salon with its Louis Comfort Tiffany ceiling.  And tales to be told of the rooms, as well; but for other essays, at a later time.

You don’t tend to see many gourmet rooms along the Strip where dark woods, leather, and velvet are brought together to form what is essentially a clever cross between a bordello and an English gentleman’s club, tied together with some Art Deco flourishes (merci, Jacques Garcia!); making for fabulously intimate areas within a decidedly grand room.

I’ve only yet enjoyed dinner and dessert at the NoMad Bar (albeit on a few occasions), and I’m at a loss to recall anything that wasn’t up-to-snuff.  I mean, what could be better than bar food prepared by a guy who received his first Michelin star in his early 20s?

So what have I tried?  The Mixed Fry is at once unique and deserving of a V-8 head-slap for its glaring simplicity.  Of course, there’s simplicity and then there’s what Chef Daniel Humm makes appear simple.  Regardless, this trio of fried foods in the style of Italian fritto misto, Japanese tempura, and the deep-fried fare of the American South, in the form of fried calamari, tempura shrimp and green beans, and Southern-fried chicken; all put on a tri-sectioned tray centered by a dual-hemisphere dipping station (featuring Ponzu sauce on one side, and chili-lime yogurt, on the other) that might well have been inspired by that New York-iest of deli treats, the black-and-white cookie.

The Black Winter Truffle Tart with crème fraîche and marscapone was a crispy, cheesy treat; while the Humm Dog (wrapped in bacon, with celery and black truffle mayo, on a griddled brioche approaches the very heights of gourmet bar fare.  Add a side of French Fries (prepared with herbs and lemon), and you’ve got all the makings for a sublime nosh, whether noon or night.   Ditto the Dry-Aged Beef Burger with cheddar, pickled red onion, and special sauce.  BTW – if you can’t decide between the hot dog and the burger; do what I do, and order both.

If it’s a bit much to declare a pasta “sublime,” then buckle-up, because the Tagliatelle with Alaskan king crab, Meyer lemon, and black pepper was about as sublime as a pasta can be, by which I mean that thinking of Chef Humm’s Tagliatelle makes me smile (and isn’t that the means by which all food memories should be measured?).

And that Lobster Pot Pie, though!  A rich, buttery, puff-pastry filled with savory roasted root vegetables, and a lovely brandied lobster cream; this dish will leave you feeling sated and warm and everything you want to be at this time of year.  Also, this feeds two people (just saying).

Now dessert is in and of itself reason to stop by the NoMad Bar, as I did, last week, after celebrating the 20th anniversary of Cher’s “Believe” at Classic Cher, at Park Theater.  Feeling a bit peckish after the concert, my friends and I split a trio of Ice Cream Sandwiches.  There was Milk & Honey (with milk ice cream, bee pollen, and sea salt), Creamsicle (with orange sherbet and vanilla crunch), and Cookies & Cream (with chocolate crunch).  Everyone’s a winner with this trio, but Milk & Honey is pretty damned special.

Finally is The Sundae, which I’ll admit to “screwing up” for everyone.  Here’s what happened.  It was the first night at the NoMad Restaurant, and I ordered The Sundae (for two or more) which comes with a scoop each of vanilla, chocolate, and strawberry ice cream, for each person.  Then come the accouterments, and I quote from the menu “Peanut butter cups, rainbow sprinkles, Luxardo cherries, candy-coated chocolate, chocolate cookie pearls, candied walnuts, brownies, whipped cream, marshmallows, Gummi bears, pretzels, caramel sauce, chocolate sauce, I mean...”

As you might've noticed in the slideshow, the whipped cream was served, that night, in a dispenser.  Not knowing that one is supposed to turn this device upside-down first, I grabbed it, turned it on an angle, and squeezed.  Now, when I say whipped cream went “everywhere” it is not merely a turn of phrase.  It was all over me, my friend, my friend’s hair, the banquette, the floor, the glasses (wine, water, cocktail - you name it, and it had whipped cream on it) – everywhere.  I laughed so hard I nearly peed in my pants.  My friend was not nearly as amused, but can smile about it, now.  (Kind of…)  Anyhow, the next night when I arrived for dinner, I was informed by my giggling server from the previous evening, that while The Sundae still came with whipped cream, after my little mishap, it would now come in a bowl, with a spoon.  I can safely attest, however; that the distribution n methodology has in no way diminished the deliciousness of the dessert.  Meanwhile, I'll forever be "Whipped Cream Guy" to the lovely staff of the NoMad Bar.