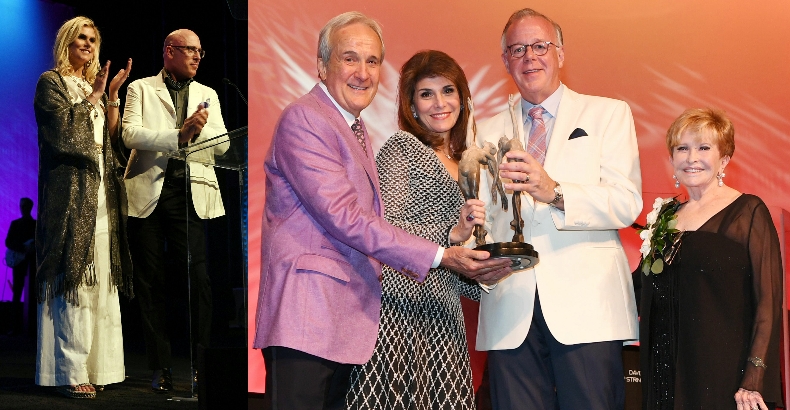 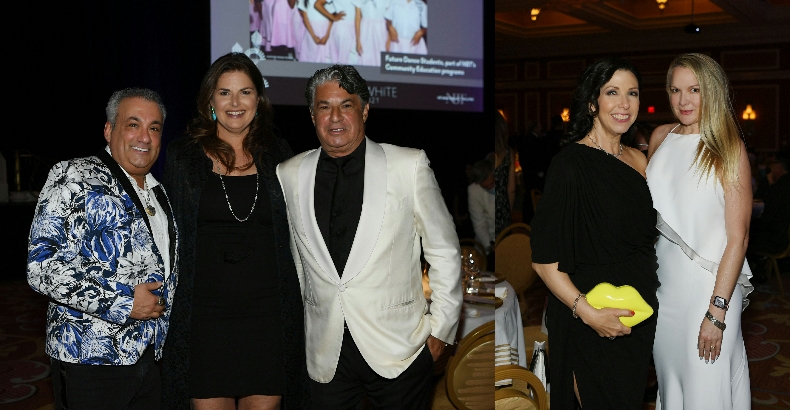 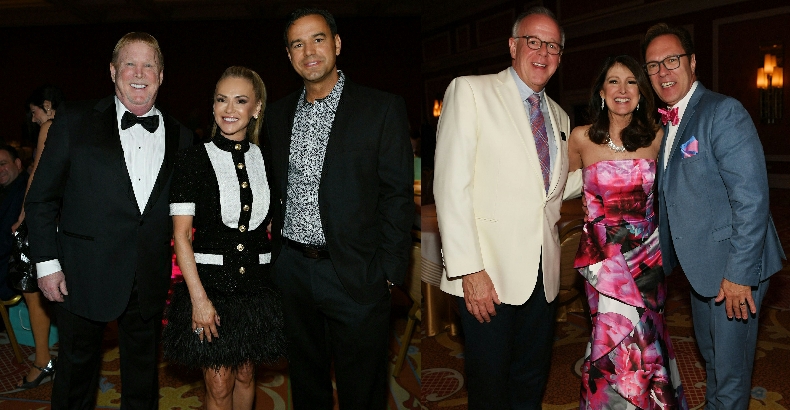 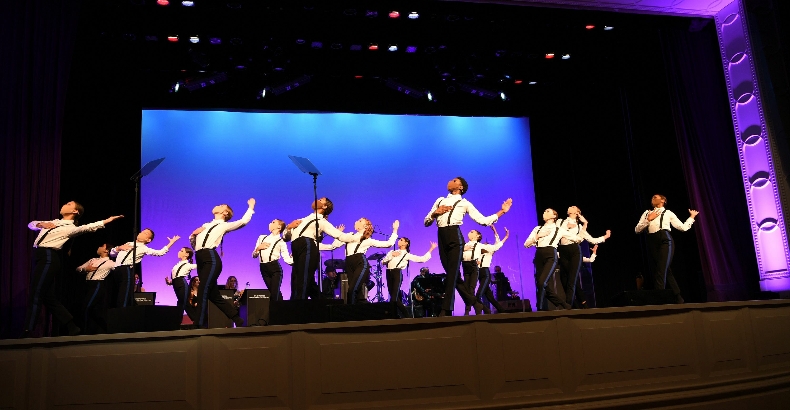 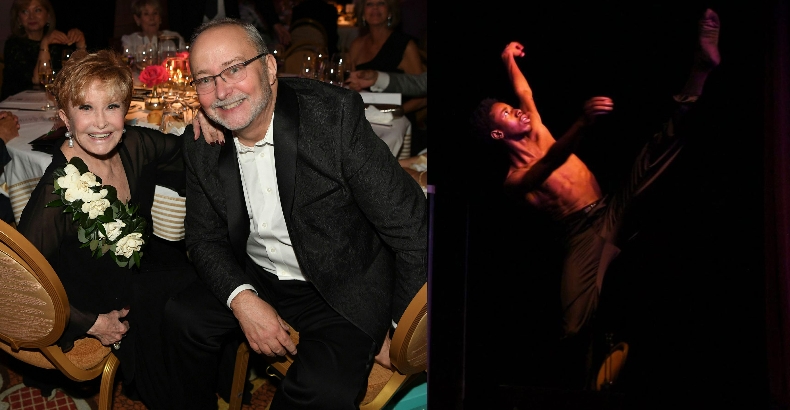 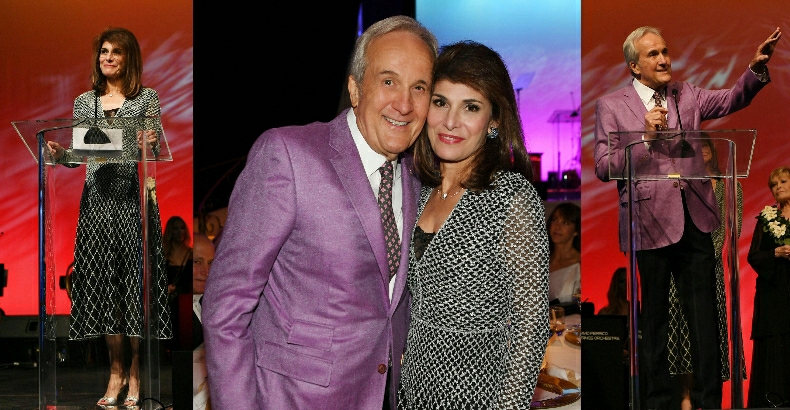 On May 01, Nevada Ballet Theatre’s annual gala, the Black & White Ball, returned to Wynn Las Vegas.  Always having been held in January, but pushed to May due to COVID-restrictions, the event’s de rigueur black-tie dress code—historically, this is the most formal of Las Vegas’ charity fundraisers—was updated to: Black and White Evening Garden Party Attire, Spring Colors Welcome.

To give you a bit of history, NBT’s annual honorific traces its origins back to 1985, when Elaine Wynn became the first of a string of local female trailblazers—including the likes of Claudine Williams, Marjorie Barrick, Thalia Dondero, Kitty Rodman, Jan Jones Blackhurst (then Jan Laverty Jones) and Phyllis McGuire—recognized for their good works in the community.  Then, in 2001, NBT shifted the focus of its recognition to female entertainers in the world of dance, by honoring the incomparable Debbie Reynolds.  Over the two decades that have followed, such influential artists as Chita Rivera, Carol Channing, Miss Ann-Margret, Bette Midler, Debbie Allen, Twyla Tharp, Celine Dion, Mitzi Gaynor, Paula Abdul, Pricilla Presley, Florence Henderson, Marie Osmond, Eva Longoria, Vanessa Williams, Rita Moreno, and Shania Twain have come to Las Vegas and been recognized as “Woman of the Year” by NBT.

Then came COVID, and I don’t need to tell y’all what that entailed, because we’ve all been living it since last February.  So, this year, knowing that it would be virtually impossible to import an honoree, the decision was made to honor a local couple (a first!).  And not just any couple.  Through their incredible work with Keep Memory Alive and the Cleveland Clinic Lou Ruvo Center for Brain Health, Camille and Larry Ruvo have not only elevated Las Vegas philanthropy to the world stage but have been supporting NBT since its inception.  And, not for nothing, but it was Larry, himself, who’d planted the bee in NBT co-Founder Nancy Houssels’ bonnet that, if NBT wanted to really sell some tickets to their annual fête, they should begin honoring celebrities (something about which the Ruvos know more than most).  Sometimes, things really do come full circle.

In keeping with its mission to make its property as safe as possible for all of its guests, Wynn Las Vegas required that all attendees either provide proof of vaccination or receive a Negative result from Wynn’s on-site testing facility, in the 48 hours prior to the event.  As one might expect from all of this attention to safety, once inside the Latour Ballroom, guests were able to enjoy their evening with confidence, and feel relatively “safe” from the virus that has changed all of our lives.

The evening’s Chair, Todd-Avery Lenahan—joined by his sister-in-law, Candace Gorsuch (stylishly stepping-in for Todd's husband, John Gorsuch)—welcomed guests and started the evening off with smiles all around.  In what would be a much-appreciated recurring motif throughout the evening, their words were kept short and impactful.

There were two compelling performances, that evening.  The first, Tomorrow, was performed by the students of The Academy of Nevada Ballet Theatre Competition Team to Amy Winehouse’s cover of “Will You Still Love Me Tomorrow” by Gerry Goffin and Carole King.  Choreographed by Alex Yonkovich and adapted by Terané Comito, the dancing was sharp, precise, and brought to mind a cross between a Janelle Monáe performance and a military drill team demonstration.  It was pretty great.

The second piece, a solo by Nevada Ballet Theatre Future Dance Scholar Jermoni Powe, entitled The Embodiment, was performed to the Boston Symphony Orchestra’s moving rendition of Alexander Glazunov’s Chant de Menestrel, Op.71 (conducted by Seiji Ozawa and featuring a cello solo by Mstislav Rostropovich).  Choreographed by Powe, himself, the performance was emotive, expressive, and exciting, and shined a light on one of NBT’s most promising Future Dance Scholars.

But, of all of the wonderful moments from that evening (and there were many), what was perhaps my favorite came when Camille Ruvo—standing at the podium, and speaking genuinely and from the heart—teared up with joy while saying how happy she was to see so many of the friends that she hadn’t seen in more than a year.  And, at that moment, Camille Ruvo expressed what all of us assembled, there, that evening, were feeling: The joy of being among one’s friends and the strength of community.

Get into it!
#NBT