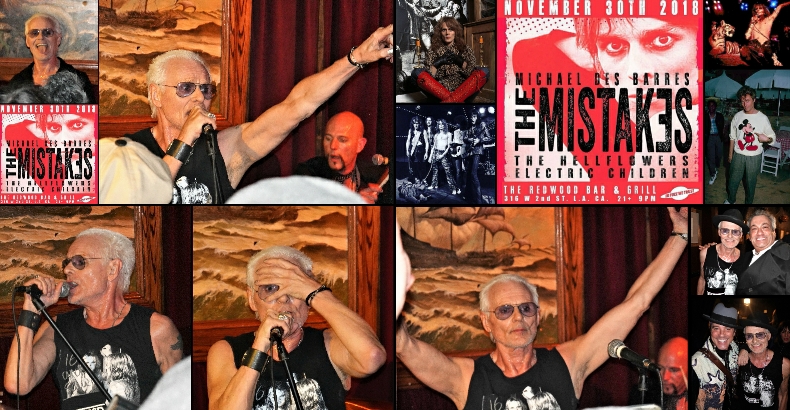 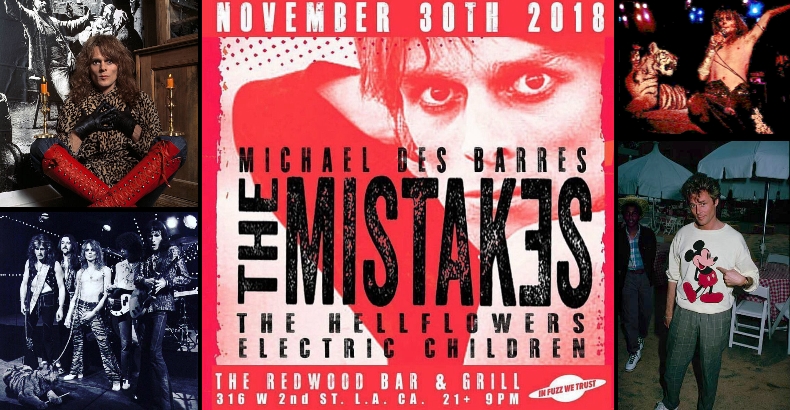 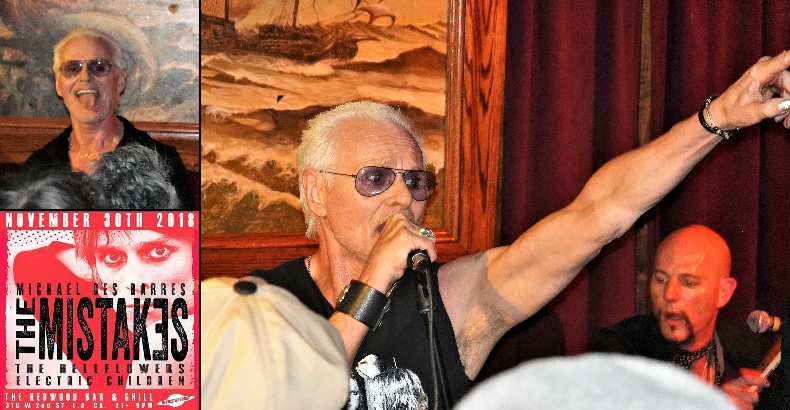 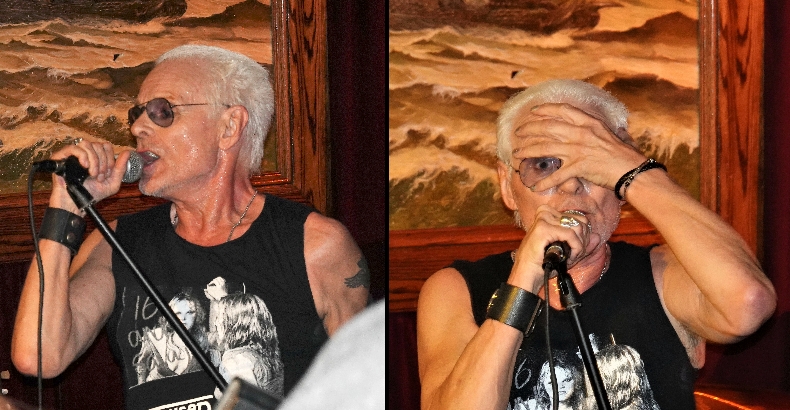 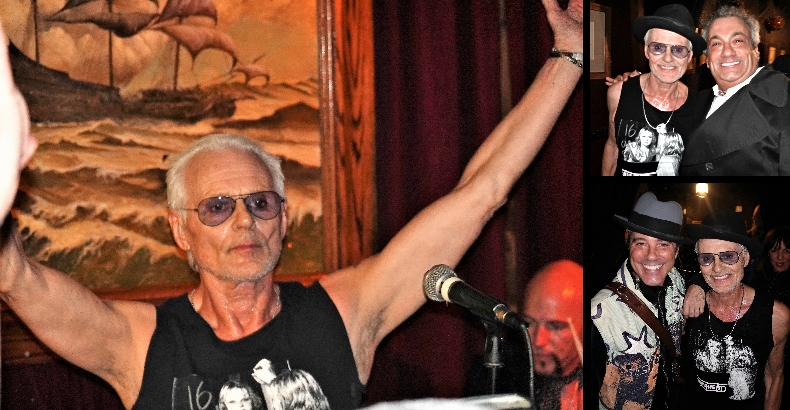 How many rock n’ rollers who fronted a band at Live Aid, do you know who got their big-screen debut in To Sir, with Love (1967), opposite Sidney Poitier and Lulu; and went on to appear on such successful television series as Seinfeld, Frasier, Roseanne, CSI: Crime Scene Investigation, Suits, NCIS, Bones, and Miami Vice, as well as Charmed, Melrose Place, JAG, Northern Exposure, and Gilmore Girls?  Now, of those, how many appeared not only on the original versions of WKRP in Cincinnati (1978) and MacGyver (1987); but also, on the reboots of those series, decades later (1991 and 2018, respectively)?

I’m not sure how many folks you’ve got on your list, but there’s exactly one on mine, and that is the incredible Michael Des Barres.  Descended from a long line of French nobility that goes back to the Middle Ages,* Des Barres was raised in England and formed his first band – The Orange Illusion – in 1967.  Around this time, he also began appearing on British TV shows, and later, films.

He fronted the glam rock band, Silverhead, from 1972-1974; before moving to LA where he formed his second band, Detective (a funk/rock outfit signed to Led Zeppelin’s Swan Song label), and met his second wife, Pamela.**  Following the break-up of Detective (after two albums and touring in support of KISS), and releasing his first solo album (1980’s I’m Only Human); Des Barres led the supergroup Chequered Past, a rock cover-band that included Nigel Harrison, Frank Infante, and Clem Burke of Blondie, Steve Jones of the Sex Pistols, and Tony Fox Sales of Tin Machine, whose first performance – at NY’s The Peppermint Club – began with a cover of “Vacation” by The Go-Go’s.  Described by Des Barres as the “New York Dolls in a home for senior citizens,” Chequered Past would tour in support of Ratt, Little Steven, and Duran; before breaking-up in 1985, when Des Barres was asked to replace Robert Palmer*** as lead vocalist of the supergroup Power Station, with remaining members Tony Thompson (Chic) and John Taylor and Andy Taylor (Duran Duran).  It was during this time that Power Station would perform at Live Aid in Philadelphia.

Oh!  And remember the 1985 Animotion hit, “Obsession” (that was the theme to Canada’s Fashion Television)?  It was actually a cover of a song penned by Des Barres and Holly Knight for the film A Night in Heaven (1983), that was also used in the trailer for 9½ Weeks (1986).

It was a rollicking performance, attended mostly by folks who’ve been in the scene since the days of Frank Zappa; but don’t think for a minute that Des Barres feels even remotely long in the tooth.  The charming 70-year-old rocker delighted fans with faves from Silverhead (“Hello New York,” and “16 and Savaged”), Detective (“Detective Man”), T.Rex (“Get it On/Bang a Gong” was a hit for Power Station), The Stooges (“Raw Power”), Marvin Gaye (“What’s Going On”), and even The Supremes (“Stop! In the Name of Love”), the last of which was accompanied by a shout-out to my pal, Angela Janklow Stein (who followed her rave about Des Barres’ documentary, Who Do You Want Me To Be? (2014), by saying “And you know I don’t like anything.”) As for newer works, Des Barres et al. jammed hard on his singles “Crackle + Hiss,” “Little Latin Lover,“ and show opener “You’ve Gotta Serve Somebody,” as well as his latest release, “Living in the USA” (that is currently in contention as Coolest Song in the World on SiriusXM’s The Underground Garage).

After the concert, my friends Jeff Stein, the aforementioned Angela, and Bryan Rabin took me backstage and introduced me to Des Barres (who is such a lovely guy that the charm practically oozes from his pores).  As I left, the thought occurred to me that while rock n’ roll might adapt, morph, and yes, get older; thanks to the likes of Michael Des Barres, it will never die.

[Editor’s Note: * The 26th Marquis Des Barres, Michael Des Barres can trace his family’s hereditary title back to 12th Century France; whence his ancestor, Guillaume Des Barres, was rewarded with the title of Marquis, for bravely rescuing King Philip II Augustus from an enemy attack // ** Pamela Des Barres, legendary ‘Queen of the Groupies’ and member of Frank Zappa’s famed all-girl group, The GTOs; is the best-selling author of four memoirs, including I’m with the Band: Confessions of a Groupie (1987), and has written for such publications as The New York Times, Rolling Stone, and Cosmopolitan // *** Robert Palmer withdrew from Power Station to record his double-platinum certified eighth studio album, Riptide (1985)]