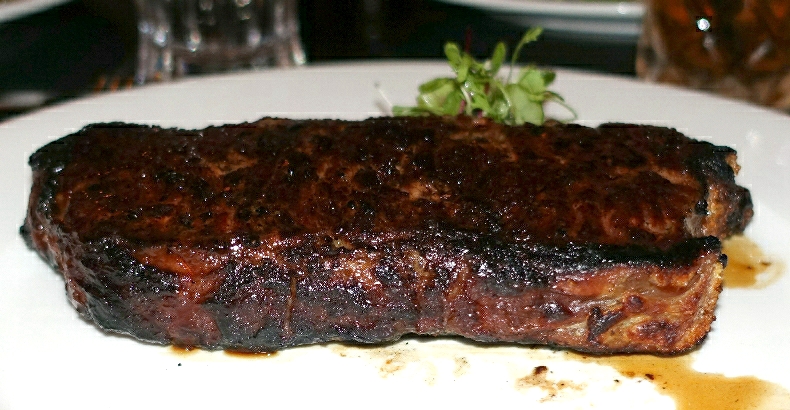 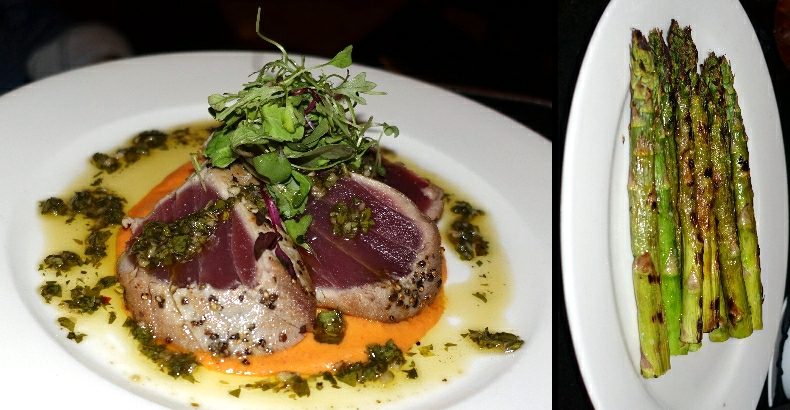 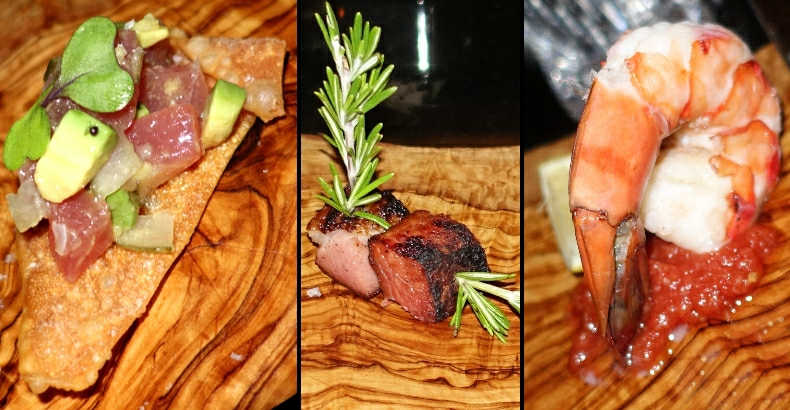 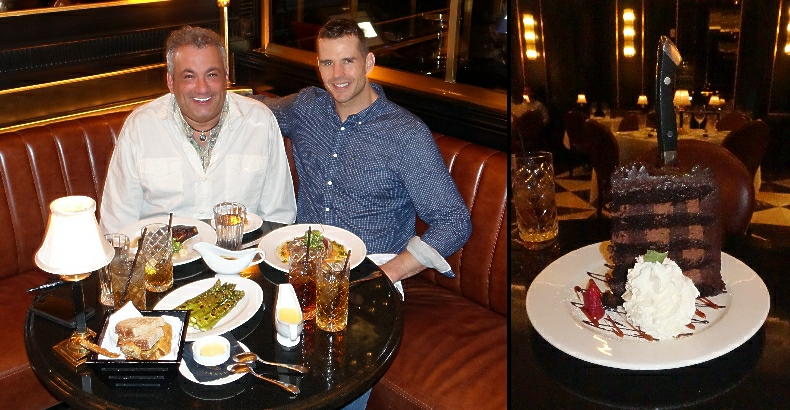 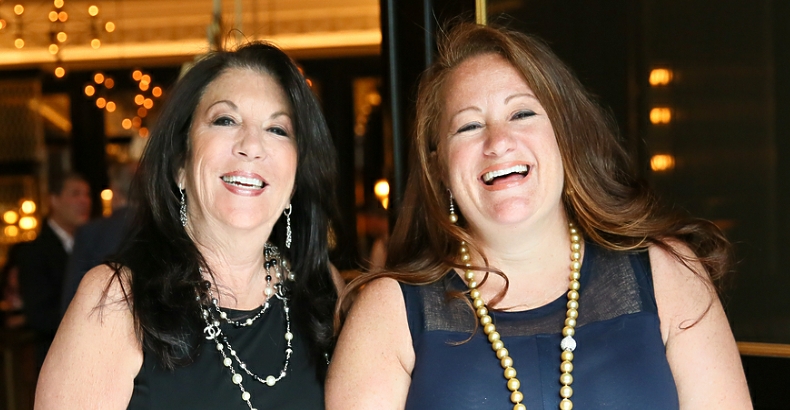 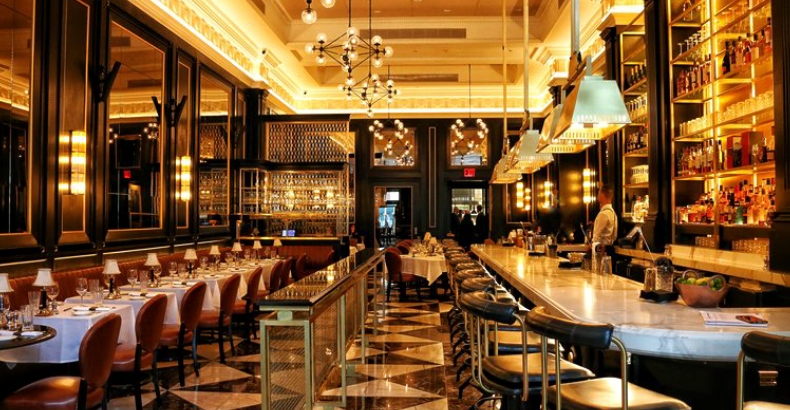 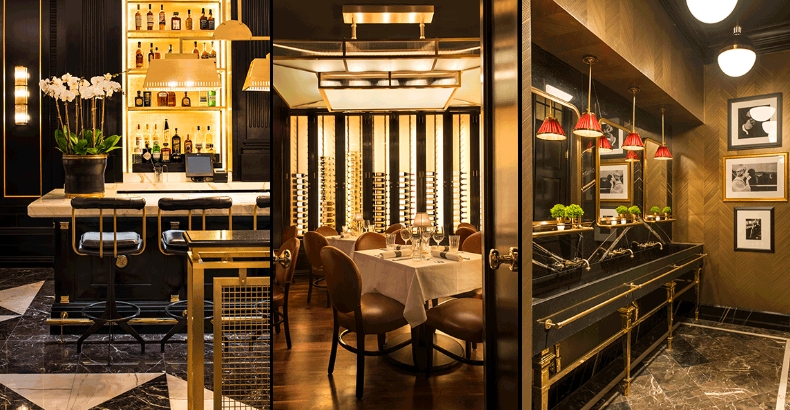 A long time ago, in a galaxy far, far away (1993, and Boca Raton, Florida; respectively), a woman named Babette Haddad and her daughter, Melissa Haddad Malaga, opened Maxwell’s Chophouse; and over the next fourteen years, watched as it become firmly ensconced in the minds of those in the know, as the premier steak house in all the land (for our purposes, the “land” is everything from Palm Beach to the north, and Fort Lauderdale to the south).  And the people were happy.

Then, after devoting a decade to raising her family, and with a fantastic space in the up-and-coming NoMad district; they decided to come out of retirement – and thus version two-point-oh of Maxwell’s Chophouse came to open, at 1184 Broadway, in a spectacular Beaux Arts building dating back to 1909.  But the beauty doesn’t fade upon crossing the threshold; for Haddad and Malaga’s vision (as designed by BHDM Design, and built by C&A Seneca Construction) – while a throwback to another era – has been realized with a thoroughly modern clientele in mind.

The floors of black granite and white marble, bring to mind an oversized checkerboard; while the brass trim that runs through the room transports one to a Victorian era bank (albeit a particularly glamorous one).  The space-aged chandeliers spill a golden light over the room, and hang from a dramatic 22-foot ceiling, with Neo-Classical crown-moldings that enhance the visuals.  There’s a fabulous clock over the entrance, and the lush caramel-colored leather banquettes are so comfortable that you’ll want to linger well past dessert and coffee and cocktails and more coffee and, well, you get the idea.  Opposite the bar, black, enamel-covered walls of hand-hewn wood paneling are offset by enormous beveled mirrors, themselves trimmed in gold leaf (applied by hand, to great effect).

But where Maxwell’s really shines is the food, and it’s sublime.  No trendy, of-the-moment spices, or over-seasoning, here – just honest-to-goodness, upmarket steakhouse fare.  Our meal began with an Appetizer Trio, consisting of a zesty Tuna Tartare on lavash, a Jumbo Shrimp (that really lived up to its name), and some mind-blowingly savory Thick-cut Neuske’s Bacon (the memory of which is making my mouth water, as I type this).

When it came time to order our entrees, Chris opted for the Big Eye Tuna with a side of Grilled Asparagus, while I chose the New York Strip (when in Rome…).  The sushi-grade Ahi was sliced, crusted with peppercorns, then seared, and finished with a red pepper romescu and a homemade chimichurri; all of which made for one wonderfully tasting fish (what little of it I was able to snatch off of Chris’ plate, anyhow).  Meanwhile, the Grilled Asparagus was as firm and flavorful as you could want.

And the steak?  No mere slab of beef, my New York Strip was a 16-ounce cut of corn-fed USDA Prime that had been dry-aged in-house for 40 days.  I asked that it be prepared somewhere between medium rare and medium, and that’s exactly what I received.  In other words, it tasted marvelous!

Then, something happened, that I’ve never seen – and I loved it!  Our server (who was courteous, knowledgeable, and attentive; without being supercilious or too familiar, which is just the way I like it) took our leftovers to be boxed-up; then upon returning to our table, to take our dessert order, he presented us with a claim-check for our doggy bag, that we would redeem at the coat check, upon our departure.  How fantastic is that?  No bags cluttering-up our table.  No accidentally hitting some patron upside the head with my leftovers, as I traverse the restaurant.  Frankly, I think every high end restaurant should put this into practice.  It was a delight.

As I was kvelling about the doggy-bag claim-check, the most enormous piece of cake appeared at our table, and it was breathtaking.  The Flatiron Chocolate Cake for Two is made using both milk and dark chocolates; features five layers of moist spongy chocolate cake, alternated with five layers of fudgy frosting; and is sprinkled with edible gold.  As a bonus, our server plunged a giant knife into our cake, all the way to the hilt; adding a final bit of pizzazz to an already sensational meal.

So, if you’re going to be in New York, and are hankering for a particularly well-made steak, in a gorgeous restaurant with a very favorable lighting-story; then I highly suggest that you reserve your table, at Maxwell’s Chophouse.  And when you do, tell Melissa that I send my best (because it’s a given, that she and her mom will give you theirs).

[Editor’s Note: In case, like me, you were wondering who the restaurant is named for; Maxwell is Melissa’s brother.  Don’t you just love a happy family story?]