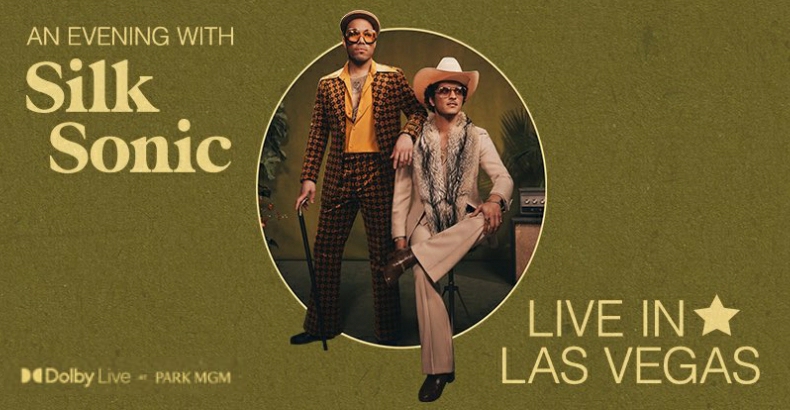 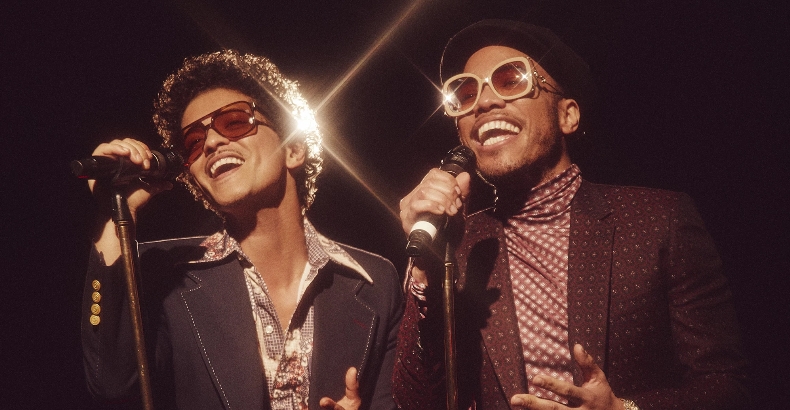 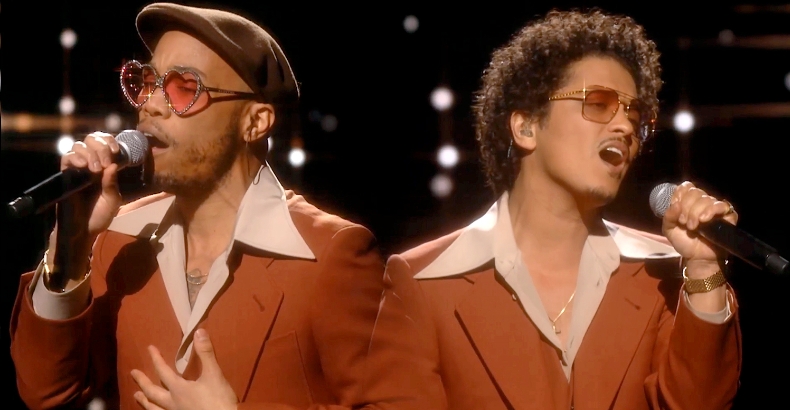 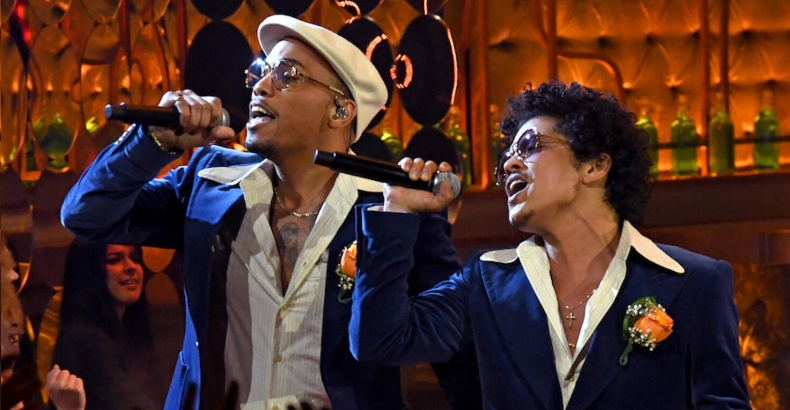 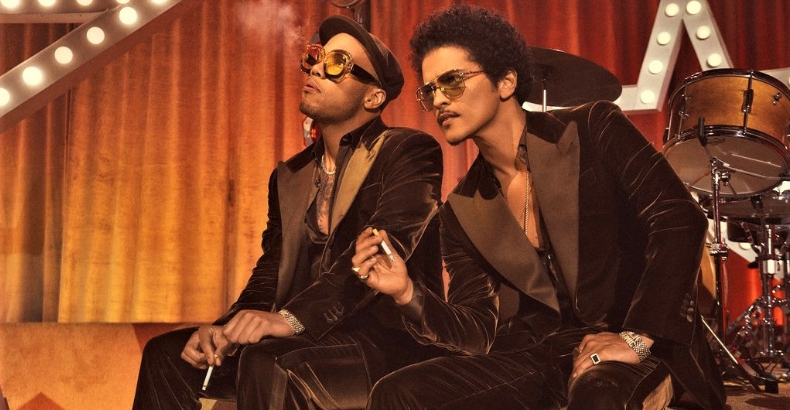 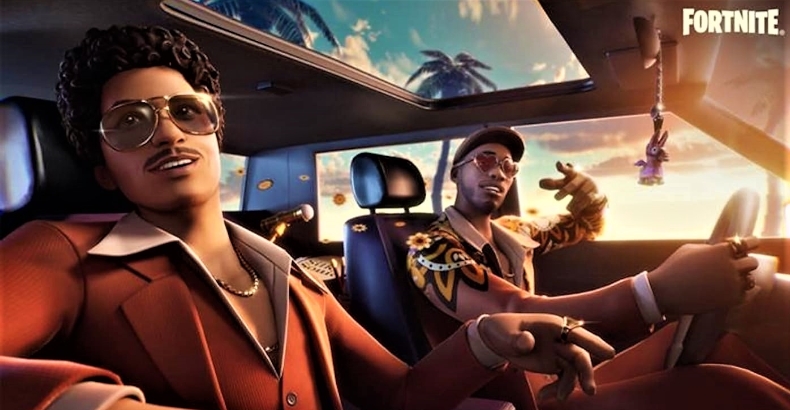 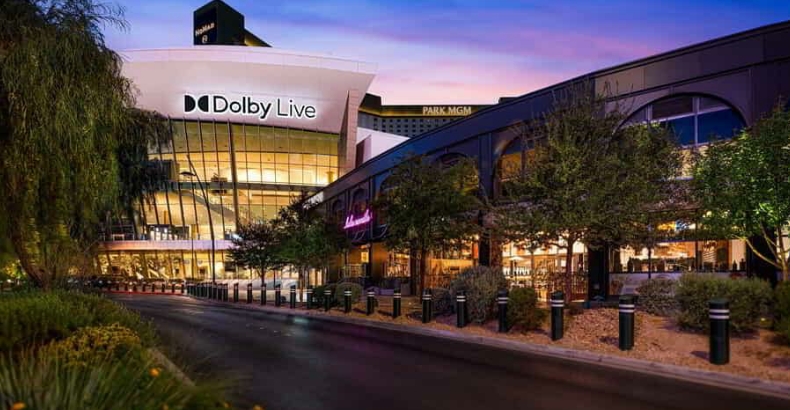 Bruno Mars and Anderson .Paak’s An Evening with Silk Sonic is a lovingly executed homage to a bygone era.  A gentler time, when kids watched Soul Train to pick up the latest dance moves; their moms’ soft drink of choice was Tab; and Gucci, Pucci, and Fiorucci were all the rage.  I’m speaking, of course, about the early- to mid-1970s.

Visually, Mars, Paak, and their supporting vocalists slide and glide with moves gleaned from such iconic Motown groups as the Four Tops, the Temptations, and the Spinners, attired in the shiny silk shirts, elongated collars, flared pants, and Chelsea boots with which Gucci’s creative director, Alessandro Michele, is so enamored.  Of course, it being Las Vegas in 2022, and their being Bruno Mars and Anderson .Paak, there’s far more crotch-thrusting and sexualized gesturing than you’d have seen on stage, in the 1970s; but it works.

And as beautiful as the visuals are (and they’re quite gorge), it’s the sounds that really drive the audience wild, despite (or perhaps, in spite of) the fact that most people attending An Evening with Silk Sonic likely have no idea who or what is being referenced by those smooth guys on stage in their fine threads.

As mentioned, Motown plays a significant role.  So, too, do the sounds of Philly Soul.  There’s even a hint of the ‘90s style known as New Jack Swing, as well as a strong jazz influence.  Imagine James Brown performing at the Blue Note, or George Clinton and Parliament Funkadelic landing the Mothership at the Village Vanguard, or even Barry White leading the Love Unlimited Orchestra at Preservation Hall.  Now throw in some Teddy Pendergrass, a little Morris Day, a dash of Curtis Mayfield, a sprinkle of the Chi-Lites, and (just for shits and giggles) a whisper of Justin Timberlake and Andy Samberg in The Lonely Island’s New Jack Swing-pastiche, “Dick in a Box,” and you’ve got the vibe after which Mars and Paak are going.  Frankly, the only thing missing is the ghost of the late, great Don Cornelius wishing everyone “Peace, Love, and Soul!”

It's all produced and presented with a high-gloss patina that seemingly washes away any of the grit brought on by that era’s wars, drugs, and social upheaval (i.e., the context), leaving audiences with just the joyful, beautiful music.  That all of this is done through the prism of contemporary music, with a healthy dose of rap, not only enhances the experience but keeps it relevant, while avoiding the potential pitfalls of nostalgia.  After all, it’s a high-energy, funktacular Las Vegas residency: Ain’t nobody got time for context!

What they do have time for is dancing (which is highly encouraged by those on the stage), grooving (either seated or standing), and having a damn good time.  And since Silk Sonic and their producers have teamed up with the folks from Yondr—those magnetically-locking pouches that prevent you from accessing your mobile phone—you have no choice but to be in the moment and present, while enjoying An Evening with Silk Sonic.  And there’s certainly no shame in that game.

So, if you’re looking for a rollicking good residency show, filled with good choreography, cool costumes, great musicians (a horn section reminiscent of Earth Wind & Fire’s, in addition to a fantastic rhythm section), an intentionally foggy stage, and a terrific group helmed by such skilled entertainers as Bruno Mars and Anderson .Paak, then look no further.  Head over to Dolby Live at Park MGM and get yourself some tickets to An Evening with Silk Sonic.  You’re gonna have a blast!

Opening Night Set List
(all songs by Silk Sonic, except where noted):