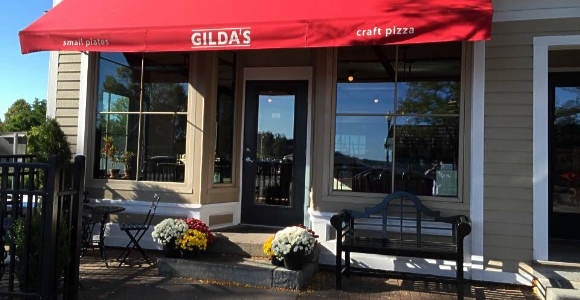 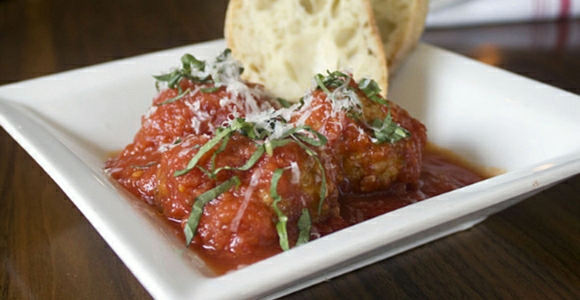 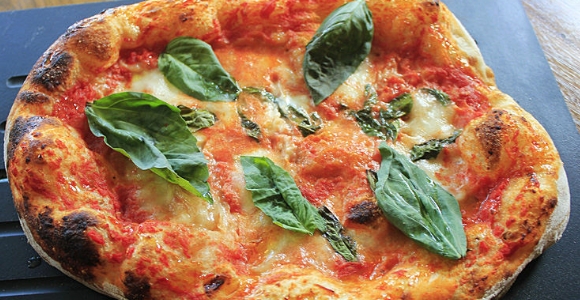 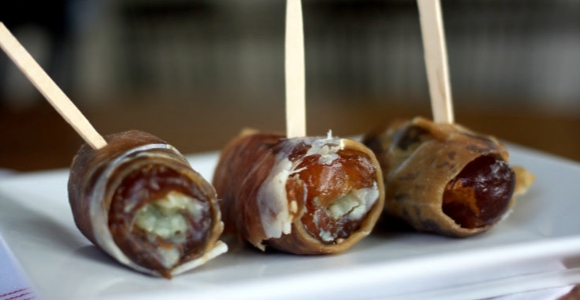 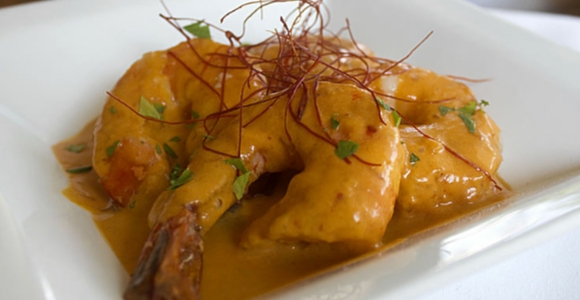 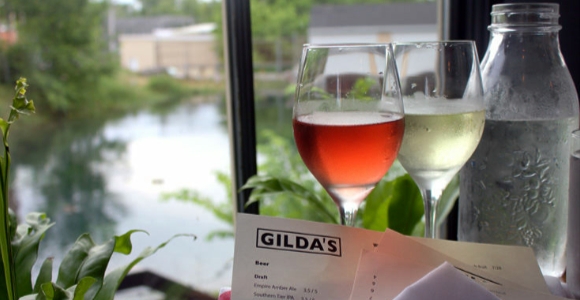 A couple of years ago, on my annual sojourn to Skaneateles, en route to meet a friend for dinner, I was meandering down Genesee Street – Central New York’s version of La Croisette – when I noticed a tiny sliver of a restaurant called Gilda’s.  Having somehow escaped my notice, during previous visits, Gilda’s grabbed my attention, for a couple of reasons.  For one thing, Gilda is the name of one of my favorite movies; and for another, the smells wafting out of the door were heavenly.

The next day, one of my hosts and I were walking to lunch, and strolled past Gilda’s – but were told they weren’t starting their lunch service until July (which was the following day), so we said we’d return and continued on our merry way (though, considering who we are, it might well have been our Mary way…).

Finally, on that Friday, I got to experience Gilda’s – and it was everything I’d hoped.  Fortunately for me, Billy’s a regular, and knows his way around the menu.  Ordering when it’s the two of us is an amusing exercise, as Billy is gluten-free, while I like to joke that I’m roughly 93% gluten; but since Gilda’s specializes in small plates and craft pizzas, it’s conducive to nibbling and sharing.

The restaurant was clean and charming, with dark wood décor, and surrounded on two sides with windows, to take advantage of the natural light and views of the lake.  Furthermore, due to its prime location in the center of the intimate Skaneateles Historic District, it’s safe to say that the proprietor, patrons, and staff all know each other – so it was a bit like eating at Cheers; because everybody knew Billy’s name.

Then, we found out that the two other members of our weekend party (our friend, Jared; and my other host, Jeffrey) were just pulling in to town, and urged them to come straight to Gilda’s, and join us.  Now a party of four, we proceeded to order us a veritable Italian tapas smorgasbord.

There were these fluffy Veal Meatballs that were so weightless, and so delightful.  The Potatoes Bravas (fried Yukon Gold potatoes, with aioli and spicy tomato sauce) were so yummy that we had to order a second helping.  The Five-Spice Fried Calamari (with chilies, cilantro, lime, and harissa) was delicious (though we ordered it sans cilantro, due to my allergies). The Salt Cod Fritters were tender strips of lightly battered fish with a lemon aioli. The Seared Garlic Shrimp (in Cascabel chili butter sauce) were utterly succulent; while the Roasted Chicken Wings (with Guanjillo chile, black pepper, cayenne, smoked paprika, lemon, and pickled red onions) were moist, meaty, and zesty.

To top it all off, I ordered a Sweet Fennel Sausage Pizza; and was thrilled to find the toppings to be packed with yummy goodness, while the crust was particularly light and airy.

Not being a wine person, I was guzzling down my de rigueur iced tea, but the beer and wine list appeared very extensive – including draft and bottled microbrews, and sangria – and my friends partook of it, with gusto.

My only regret is that I didn’t have the opportunity to return to Gilda’s for dinner; but if nothing else, it’s just one more reason for me to return to beautiful Skaneateles (not that I need any urging).