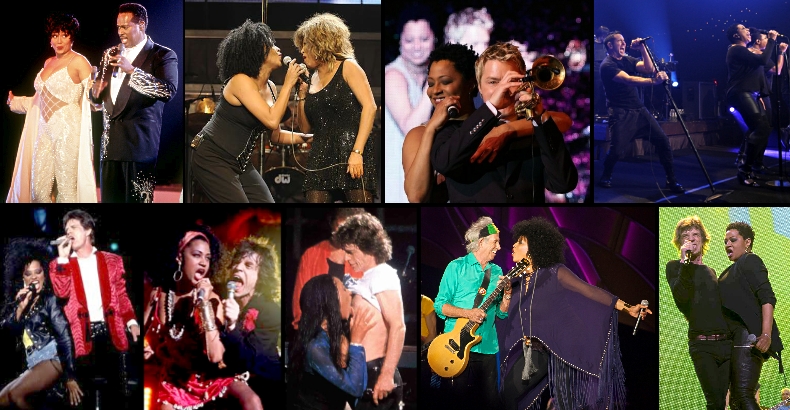 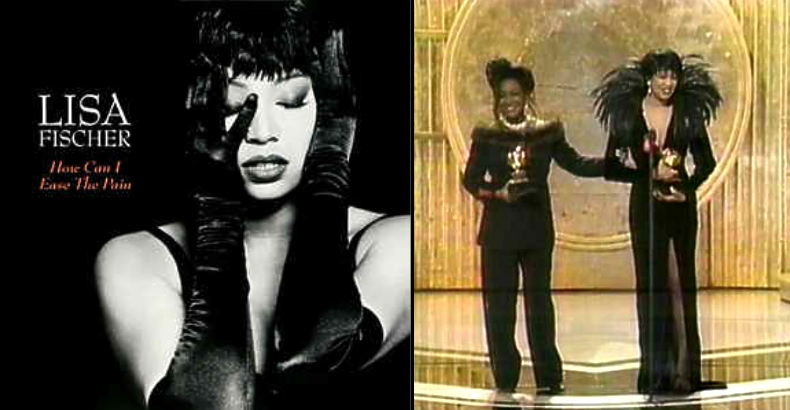 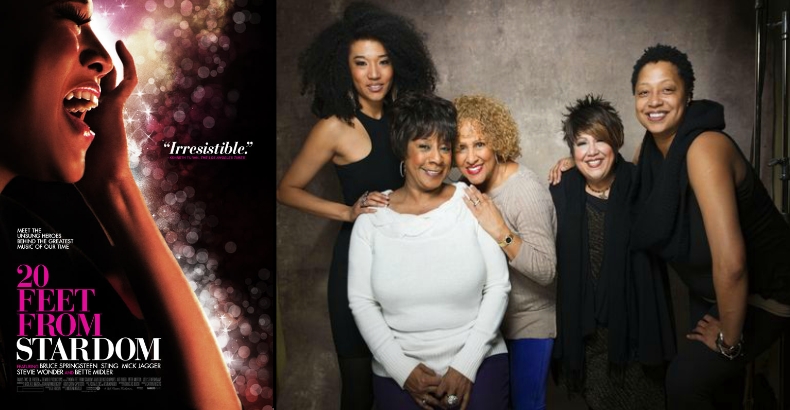 ShulmanSays:  Your live sets gravitate toward rock and soul; but when it's just you in the car or on an airplane, what are you listening to?

Lisa Fischer:  A lot of times, I'm listening to the silence.  And then, I'll listen to-- it's so weird, I really don't listen to a whole lot of music at home

SS:  So, do you use noise-canceling headphones?

SS:  I'm so excited for Las Vegas to experience you and Grand Baton.  The four of you “play” so well together, and it’s obvious that y'all are having the most wonderful time up on stage.

SS:  Well, it comes across. You all have these great big smiles, and you're all hugging each other. And I remember thinking, "Oh, my God, I want to tour with Grand Baton!  I mean, I don't sing, or play an instrument; but look at what a blast they’re having!”

SS:  Switching gears, I want to discuss covering other artists’ songs.  It might just be me, but the best covers of songs by The Who or Led Zeppelin have been by women.  To wit, the only people who I’ve felt really nailed their covers of “Stairway to Heaven” have been Ann and Nancy Wilson of Heart, and Dolly Parton.

LF:  Yeah.  I'm definitely going to have to look that up.  I've never heard her do that song.

LF:  Let me see. I sang background for her, for a couple of TV shows, she did in New York, actually.  It was pretty cool. And she's such a beautiful and lovely person. She's so fun, and funny, and just warm. A real what-you-see-is-what-you-get kind of girl, and a beautiful human being.

SS:  When you're touring, do you know what you're going to sing?  Does your set remain the same, from one day to the next?

LF:  No. We have a bunch of songs that we've sort of worked on, and they have these little lives of their own.  It's like what you were saying about Dolly Parton, and having a song that has its own life.  It's like a diamond ring. You know what I mean? Hopefully it fits; and if not, you put it on a different finger, and you present it in a different way.

So, the songs sort of kind of grow-up with us, and work through us in different ways.  And we try to keep an open mind about them; but still keep a little bit of a framework, so that there aren’t any train-wrecks. Enough to where the songs can simply soar on their own. And we really, really listen to each other. It's like, if I hear JC [Maillard] playing certain chords, they’ll sort of make me react in different ways. I see colors when I hear the chord changes, and they set a tone and make me sing differently each time. So even though we do similar songs in sets, we usually put them in different places, and play them differently, each time.

SS:  So with your upcoming Vegas performances…  You're doing three shows at The Smith Center (one on Friday, and two on Saturday); and the sets might not be the same from one show to the next?

LF:  Noooooo!  And I usually go by how I feel. We usually do the set-list about an hour or so, maybe two hours before we get to the show; and that’s when we decide what we’re gonna do.

SS:  Are you working on any new music right now that (I mean, new to you; or new to your audience) for this tour, that we might look forward to hearing in Las Vegas, this weekend?

LF:  There might be some things that you haven’t heard in the last two shows. I really ought to keep a list of the songs that we do in each city. I'm going to start doing that . We used to do that all the time!  We would have a list of what we wore, what songs we'd do, what the set-list was. And I really want to start, but I really do try to keep my options open. Then, I go to the sound-check, and I feel the room (without the people in it), and see what the room can stand.  And even once we've done the set-list, if I'm not feeling something, we just don't do it. So it really comes down to the audience and the room, and the energy in the room.

Come back for Part 3, where Lisa Fischer talks about sharing her first Grammy-win with the legendary Patti LaBelle, plays some word association about some of her legendary collaborators, and shares her thoughts about the music industry.