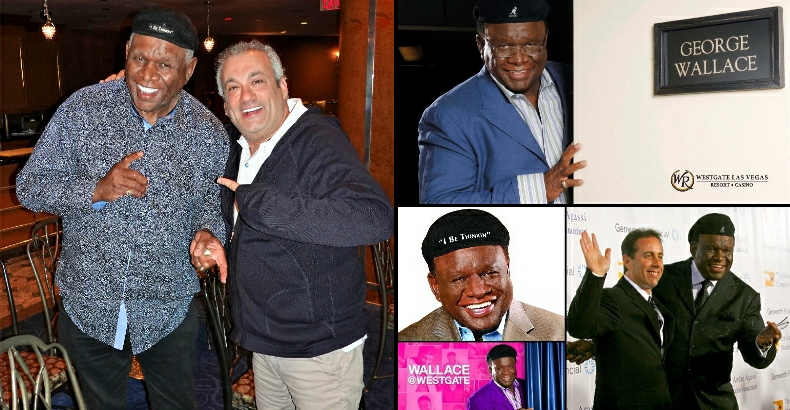 ShulmanSays:  What are the topics about which you've been thinking lately?

George Wallace:  Oh, I've been thinking about things like how people say stupid shit. I'm old and I'm saying things I don't normally say. Like, if one more person say, "If I can do it, you can do it." That's bullshit! You ever heard somebody, "If I can do it, you can do it." Most people on television saying, "If I can sell real estate, you can sell it." Just selling fucking books. They don't give a shit about how you're not going to make it in real estate like they did. They're selling books. Whatever it is, the personal self-enhancement programs, whatever-- they're selling books.

Another thing, simple things in life. People say stupid shit, like about Michael Jackson's kids. I love to do this bit. If one more person says, "They ain't his fucking kids, okay?" You can look at them. They ain't his fucking kids. And I'll put their pictures right up there, and I got what's-her-name, Paris?  She just identified herself as a black lady. I said, "Yeah. Me too." So I'm kind of going, "Look at how pretty she is. Now, look at Michael. But look at her eyes. Blue eyes. And look at-- I love her haircut. See the blond hair. It's got a little-- cute little haircut." I said, "Look at that. Now, Ellen DeGeneres might be her daddy, but I bet Michael Jackson ain't her daddy." So we have fun with that. That—anything.

Of course, Trump with his-- oh, Kanye West. That's bothering me now. Oh, I said some dirty things about him today. He put his hat on. He said, "You just make me feel super." He's just an asshole. This guy is-- listen to me. If he wants to be a house negro-- that ain't what I said this morning. If he wants to be the lawn jockey-- I mean, I was mean this morning. But he's stupid. He's doing stuff-- sucking up to Trump. Now, Trump—

SS:  Oh, my God. I just got a picture of a Kanye West lawn jockey wearing a MAGA hat, in front of the White House. That's so wrong!

SS:  I just got a picture in my head of a Kanye West lawn jockey in front of the White House.

GW:  You will hear it, tonight.  You will hear that again tonight. Wait a second.  Hold on one second. [Wallace begins to fiddle with his phone] I've got to get this-- I can't find my video thing on here because you're going to say this live.

GW:  Tell it again.  What’s my joke that you wrote?

SS:  I have a picture in my head of a Kanye West lawn-jockey, sitting in front of the White House.

GW:  And that’s what George Wallace said.  And I’m gonna put your name on it.  In front of the White House…  It’s so stupid.

SS:  Stupid is not letting Kris Jenner be your manager!

GW:  (To publicist, Jeff Klein of PR Plus) Hey, do me a favor. We have to put that on. Jeff, let's make that and shoot that out. That'll be a-- we'll shoot that out. Kanye as a lawn jockey in front of the White House. That is a joke: You're going to see…

SS:  I look forward to it, George Wallace.

GW:  You mean, you brought me down here and that's it? We're over? I got out of bed to come down here for this bullshit, and then you--

SS:  Sure as shooting.

SS:  I can’t believe I wrote a joke.  I mean it was a reaction to something you said…

GW:  Well, you helped me present it, put it into words.