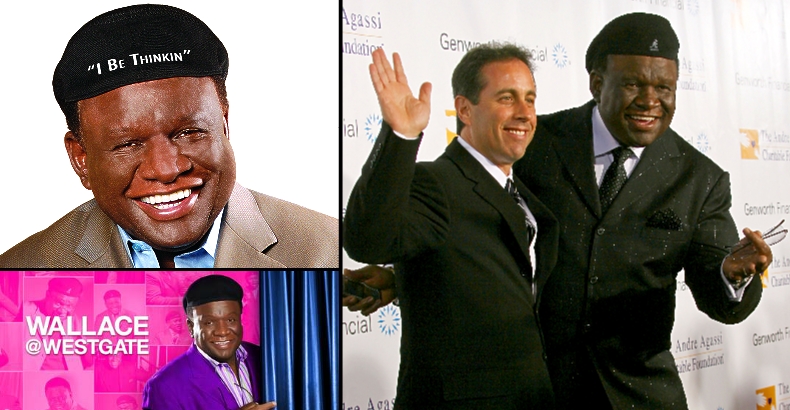 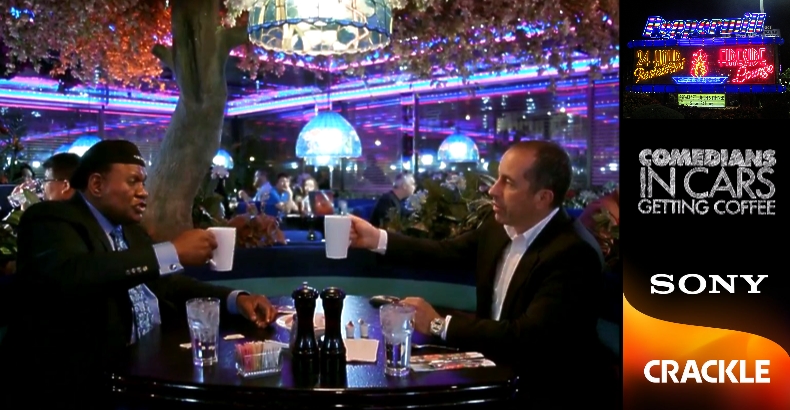 ShulmanSays:  Will Las Vegas audiences ever get the chance to be sermonized by the Right Reverend Dr. George Wallace?

GW:  He was my first character, of course. And there's a possibility that he may come back. It'd be a totally new character for the people of Las Vegas, but they don't know.  That was a timed bit, and he was a Reverend – my Bible was the Yellow Pages.* You remember The Good Book of Bell!  And I don't think (well, some of my audience would – maybe 50%, because they're older) they wouldn't know what the telephone book, the Yellow Pages, are. And I don't think they still have them, but the young people don't know about them because they Google everything.

SS:  The young people just know them as the booster seats they had in the restaurants.

GW:  Right, right, right, right (laughing). Sure, there's a possibility there that the Right Reverend Dr. George Wallace could come back as a character. Why not?  You know, that would be very funny.

SS:  Regarding your sole Seinfeld role, are you actually fond of the song “Witchy Woman” (as was your character), and why only that one appearance?**

GW: Well, as you mention, I did only one episode of Seinfeld, and the reason was because of our friend, Garry Shandling.  Garry had a show, and had hired one of his friends to be on his show.  Later, when his best friend got fired, Garry didn't say anything.  And the friend said to Garry, "I'm your best friend. Why didn't you say something?" They were never friends again.

So, Jerry and I decided to always split business and friendship, and that's why we've been friends for 42 years.  Now, you're talking to the real George – roommate for 13 years, best friend for 42 years, Best Man in his wedding.  I’m the father of his kids!  So, yeah; I'm the real George.

SS:  I loved your bit about playing ping-pong, at his house in the Hamptons.

GW:  I haven't done that since opening night.

SS:  I almost wet my pants.

GW:  Oh, my God! That's when you know you got some money.

SS:  Speaking of Jerry Seinfeld, what has changed the most about being a standup, since the two of you were starting out?

GW:  The most?  Definitely social media, because you got your new kids now, who don't even have to do what we did, or go through what we went through. There's some kids who could possibly put things out online, and in six months, have an audience.  We could never have done that.

SS:  Without beating the pavement and touring and—

GW:  And without being funny! (Make sure you throw that in there!). People get to see them, and there's a lot of them who have a few funny things online; but a few funny things online, is not like on-stage funny, when you've really got to deliver.  But thank God, they're doing it that way; and I give them all the credit in the world. They're making it happen. Every generation is gonna be different.

SS:  And is this true offstage as well? Is this something that--?

SS:  Well, I guess that answers my question...

GW:  Fuck you, asking me a fucking question like that, you son of a bitch!  No.  I curse when I want to curse. Now, I don't curse because I'm old school (obviously).  So, guys like me and Leno and Seinfeld?  Well, we grew up in a day where we only had three networks, and we had to be clean to get on any of the shows on those three networks.  It's harder to be clean; but always, still, funny is funny.  So, the guys that curse, if they're funny, it doesn't matter.  When I'm cursing, I like to find a word.  There’s a rapper named Waka Flocka Flame; and, to me, “Waka Flocka” sounds a lot like “motherfucker.”  So, I’ll say “Waka Flocka,” and people love it, because I’m not cursing.  But, I am.

SS:  And the alliteration is just delicious to hear.

GW:  Hey, all you Waka Flockas, out there.  Come and see my new show, WALLACE @ WESTGATE; every Waka Flockin' one of you!

[Editor’s Notes:  * George Wallace appeared as the Right Reverend Dr. George Wallace prior to the decision reached in United States v. AT&T (the antitrust case that led to the 1984 divestiture of Ma Bell – aka the AT&T Corporation – into the seven Baby Bells, of which NYNEX was one); and as such, the Yellow Pages to which Wallace refers would’ve been that of New York Telephone // ** In the Seinfeld episode “The Checks” (S8 Ep7), Wallace appeared as ‘Doctor’ – a surgeon who becomes mesmerized whenever he hears The Eagles’ song “Witchy Woman.”  Wallace also appeared on Seinfeld’s series Comedians in Cars Getting Coffee, in the episode “Two Polish Airline Pilots” (S4 Ep2).]