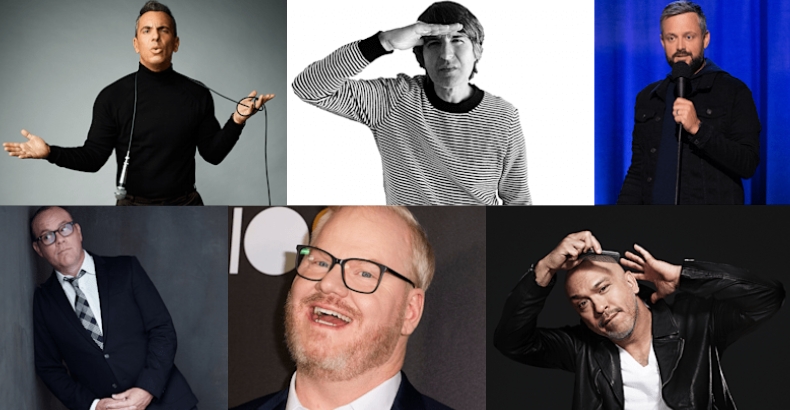 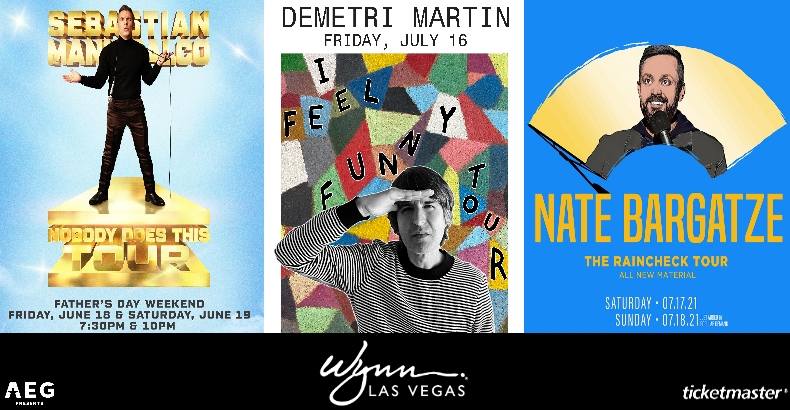 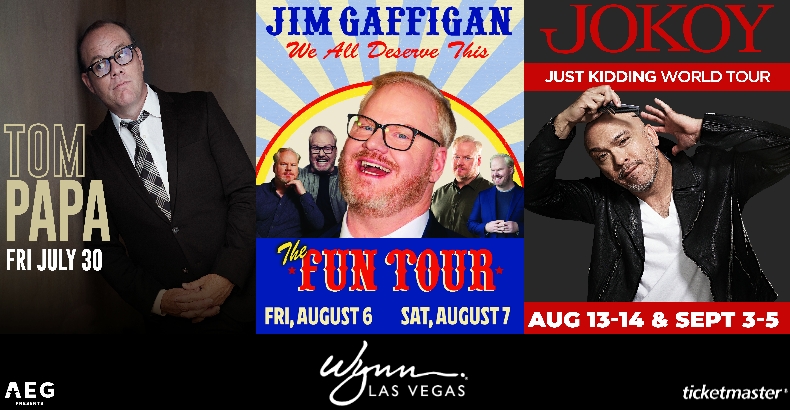 Laughter is cathartic, and—especially after the year we’ve all gone through—can be good for whatever ails you   Laughing triggers a release of endorphins, improves heart function, decreases stress hormones, boosts the immune system, and even burns calories; all of which is wonderful.  All things considered, though, wouldn’t you rather partake of this sort of activity in a comfortable seat, with a great view of the stage, sipping and noshing on top-shelf cocktails and snacks, in a five-star resort bursting with some of the world’s most sought after names in dining, retail, and nightlife? [Of course, you would: That was rhetorical.]

This summer, thanks to the fine folks at Wynn Las Vegas and the team at AEG Presents Las Vegas, you can do just that at the intimate Encore Theater, where there isn’t a bad seat in the house.  Simply find a comedian whose humor aligns with your comedic sensibilities, check your calendar to make sure the date works, and book your tickets, now; and give your pituitary gland an excuse to start pumping those endorphins!

Sebastian Maniscalco has become an unmitigated multi-media sensation, and these past few years have found the comedian hosting the 2019 MTV Video Music Awards and appearing on the big screen with roles in Green Book (2018) and The Irishman (2019).  Meanwhile, his memoir Stay Hungry was a best-seller, and his Netflix special of the same name was a hit. Join Maniscalco as he brings you along on his sarcastic journey detailing what drives him crazy about life while taking you deep inside his experience with his wife and in-laws. Known for his distinctive physicality, Sebastian Maniscalco doesn’t just tell jokes, he demonstrates them.

Known for his work as a stand-up comedian, artist, writer and producer, as well as a director and musician, Demetri Martin combines thoughtfully planned-out deadpan delivery, playing his guitar for jokes, and his satirical cartoons into one of the most original and entertaining blends of stand-up and original sketch comedy on stage today.  A New York Times bestselling author, and contributor to Late Night with Conan O’Brien and The Daily Show, Martin draws on his rich comedic experience to deliver a uniquely fun night full of laughs and entertainment.

One of America’s most buzzed-about comedians, Nate Bargatze has quickly vaulted into the ranks of hot-ticket performances, thanks to his recently debuted one-hour Netflix special, The Greatest Average American (2021).  Touted as one of the best new comedians in the US by such celebrated comedians as Jim Gaffigan and Marc Maron, Bargatze opened for Chris Rock on his Total Blackout Tour (2017), and his clean and relatable comedy has made him a favorite of late-night hosts including Jimmy Fallon and Conan O’Brien.

With more than 20 years as a stand-up comedian, Tom Papa is one of the top comedic voices in the country thanks to nearly a quarter-century career in stand-up, and has found success in film, TV, radio, and podcasts, as well as on the live stage. A regular on The Joe Rogan Experience podcast and late-night TV shows, Papa’s fourth Netflix special, Tom Papa: You’re Doing Great (2021) is a hilarious rebuttal of the dread permeating our culture.  As Tom says, “You’re doing great.  Life isn’t perfect: It never will be, and that’s okay.”

There’s a reason Amazon Studios chose Jim Gaffigan’s Quality Time (2021) as its first stand-up special. If you haven’t caught Gaffigan’s stand-up act, get ready for his incredibly funny observations about everything from fatherhood to friendships and New York City living.

Jo Koy has come a long way from his modest beginnings performing at a Las Vegas coffee house. In addition to his four highly-rated stand-up specials on Comedy Central and Netflix, Koy continues to break sales records, selling out theaters and arenas around the world; pulling inspiration from his life and family, (his son, in particular), resulting in hilarious material with universal appeal.