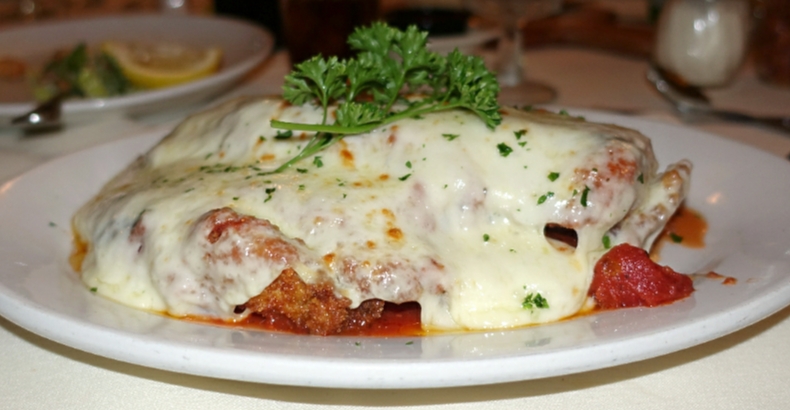 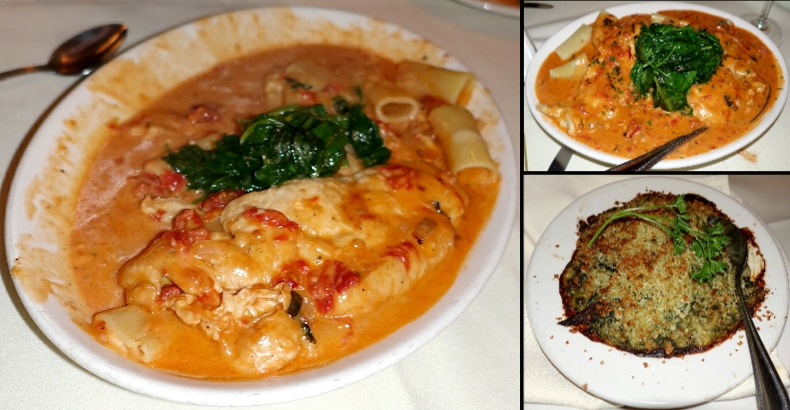 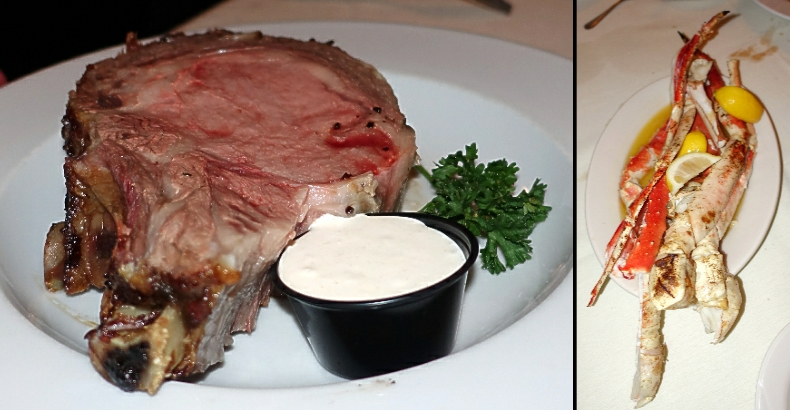 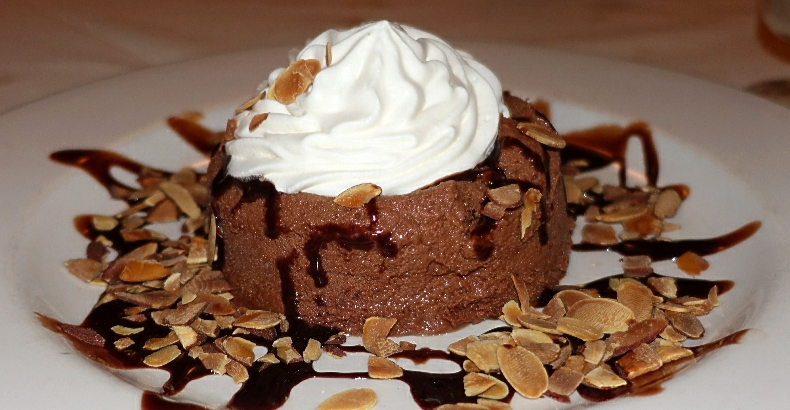 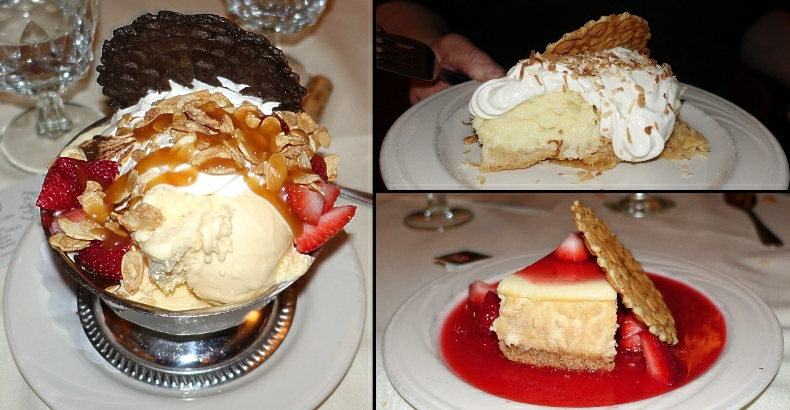 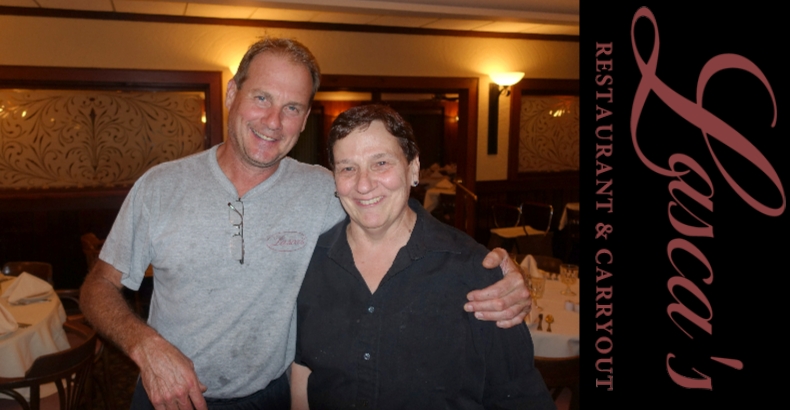 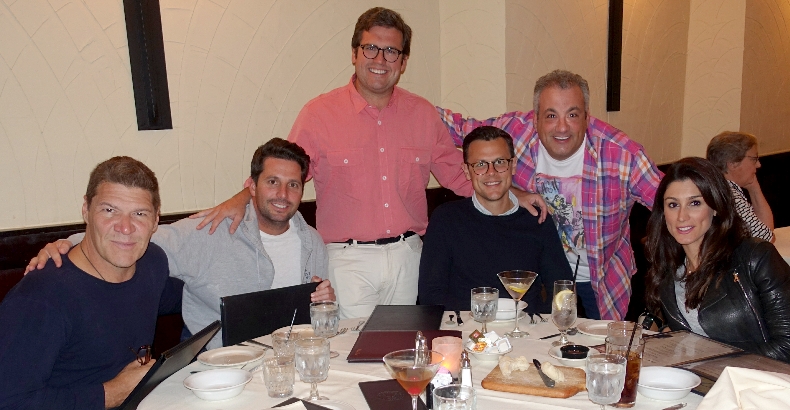 One evening, earlier this fall (while enjoying my annual sojourn in the Finger Lakes region of Central New York) my hosts began hankering for an old-school, stick-to-your-ribs “family” dinner; and (after realizing that none of us had dined there, previously) a consensus was made, to try out Lasca’s – a restaurant in nearby Auburn, that checked-off all the right boxes, and was celebrating its 30th anniversary as a CNY mainstay.

We entered the single story building, and it was everything for which we’d hoped, and more.  Talk about ambiance!  To say that we were the youngest folks there would be a slight exaggeration, but you get the idea.  Please note that this is not a slam; but rather an acknowledgement that these classic restaurants serve as wonderful respites from the foodie rat-race, where newer and faster and sleeker is considered “better” (which, as we know, is not always the case).

Once seated, we were greeted by our server, Peggy; who’d been there since the ‘90s (and who will probably remain there, ‘til the Rapture).  Quick as the proverbial whip (rather like a Yankee version of 'Flo' from Alice...), Peggy was more than amply armed for the inevitable barrage of witticisms (both innocuous and barbed) that tend to fly forth from our little group – especially once we’ve settled-in for the duration (i.e., usually underscored by someone yelling “Just tell her to bring the bottle!” over his shoulder, as he goes to wash his hands…).

After a very fun round of “If I get this, will you get that, and then...?” Peggy took our orders, and the cocktails resumed flowing.  And then they came.  A pair of dishes that joined my list of comfort foods that do the trick – Chicken Riggies and Utica Greens.

A staple in the region since the ‘80s, Chicken Riggies (chicken rigatoni sautéed with spicy peppers in a roasted garlic tomato cream sauce) can be found on the menus of restaurants all over the state; and it’s no mystery as to why.  They’re delicious!  Piquant and tender and so good that we had to order a second batch (mostly because I’d almost single-handedly polished-off the first).

Meanwhile, Utica Greens (escarole and spinach, baked with prosciutto, cherry peppers, and Pecorino Romano) is – as one might guess from the name – another dish from the CNY region; and while I’m not a green-veggies guy, per se, let me just say that the addition of ham and cheese is usually all that’s required to make me a believer.

Other entrée highlights included the Queen-sized Roast Prime Rib with Alaskan King Crab Legs, the utterly enormous Chicken Parmigiana (though, with three pounded breasts of chicken under all of that gooey cheese, it was more of a Chicken Parmigiana Tower), and a Chicken Marsala that was submerged under a mountain of mushrooms.

Then came the desserts…  First was the Frozen Chocolate Almond Soufflé (the recipe for which was goniffed from the kitchens of the White House by a chef who’d cooked there, during the Kennedy Administration), which was tasty, and free of that dreaded gluten.  Next came what my dear Jeffrey Tousey declared to be the best Ice Cream Sundae “of all time” (we agreed that it was the buttery caramel that did the trick).  After this, there was a New York-Style Cheesecake and a Coconut Cream Pie – both of which looked fantastic – but I was far too full to venture even the slightest of bites.  I mean, I was stuffed!

By this point, we’d drunk so much of the Lasca’s Kool-Aid that we introduced ourselves to this adorable geriatric couple, about whom we’d been speculating looked as though they came for dinner every Friday.  (Think: straight outta Central Casting.)  And you know what?  Turns out they really do come to Lasca’s, for dinner, every Friday evening (and if that’s not the cherry on top, I don’t know what is)!