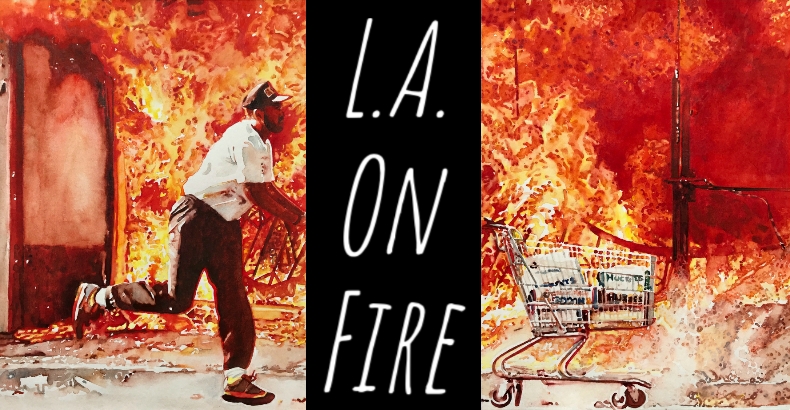 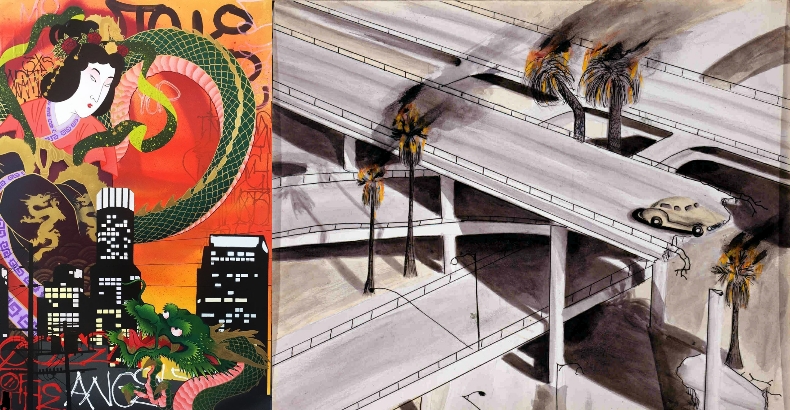 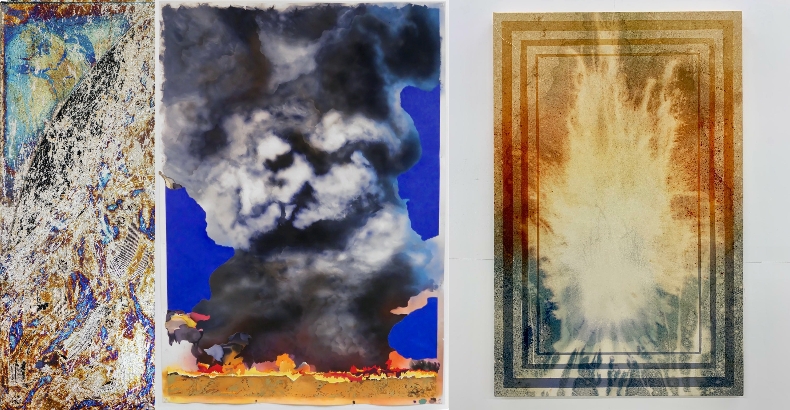 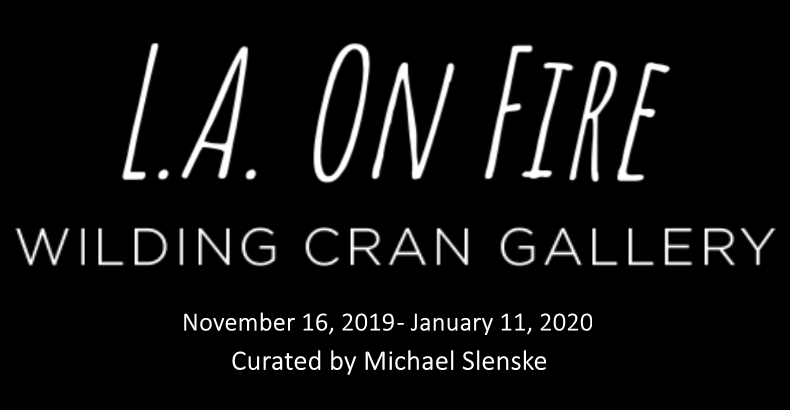 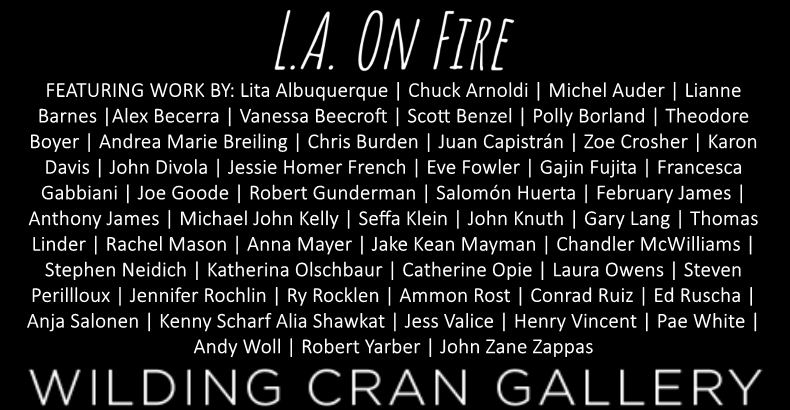 In her 1965 essay, “The Santa Ana” Joan Didion tells us “The city burning is Los Angeles’s deepest image of itself,” and—while she goes on to reference things both fictional (the apocryphal painting “The Burning of Los Angeles” from 1939’s The Day of the Locust) and real (the devastating Watts Riots of 1965)—more than three decades later, this statement perhaps speaks an even greater truth than ever before, what with Angelenos facing not just the increasingly frequent and ever-worsening wildfires that the world watches with a self-centered mix of fear (of harm befalling a loved one) and relief (that it’s not happening where they live), but also those flames (both literal and figural) that are fanned by those issues facing Los Angeles on a daily basis such as racial tension, police brutality, political corruption, economic disparity, gentrification, and homelessness.

It's this take on Didion’s conceit – that fire is (and perhaps always was) the truest expression of the LA landscape – that served as the raison d’étre for curator Michael Slenske* while assembling and accruing the various pieces that comprise L.A. On Fire, a multimedia group show in the newly expanded Wilding Cran Gallery (1700 South Santa Fe Avenue; Suite 460), running from November 16, 2019 through January 11, 2020.

Building itself around French artist Michel Auder’s photo series of the same name, L.A. On Fire features works by more than 50 LA-based artists (and a couple who are LA-inspired)—including Scott Benzel, Chris Burden, Gaijin Fujita, Francesca Gabbiani, Jake Kean Mayman, Catherine Opie, Laura Owens, Ed Ruscha, Kenny Scharf, and Pae White—each piece imbued with that artist’s views on probing what the exhibition’s press release so eloquently describes as “the possibility that LA has gone from Tomorrowland to the gate of the apocalypse.”

Explains Slenske, “As one of the artists in the L.A. On Fire exhibition remarked to me, ‘This is a show in which the artists and audience all have the same reference points, interests, and fears.’ Everyone in LA is touched by fire (or the threat of fire) and when I started thinking about this concept, about 10 months ago, I wanted to create a show about the psychic effects that literal, political, and metaphorical fire has on artists (and the city at large), at a time when LA is going through a Rome is Burning moment...a moment that was once seasonal but now may be our new permanent reality.”

Dorothy Parker humorously observed of LA’s sprawl that it consists of  “72 suburbs in search of a city;” but no matter where in the nearly 34,000 square miles that comprise Greater Los Angeles this curated group of artists hang their respective hats (fire their clay, stretch their canvases, whathaveyou), each is forced to examine the dichotomy of the town they call Home: Namely, that while Los Angeles perpetually burns, it remains indubitably 🔥🔥🔥.

[Editor’s Note: * An Los Angeles-based writer and editor who covers art, culture, and travel, Michael Slenske is a contributing writer for Los Angeles magazine and has served as the editor-at-large of CULTURED and LALA, and as a contributing editor to the Los Angeles Times's DesignLA, Modern Painters, and Art + Auction.  Never one to rest on his laurels, Slenske opened the project space Desert Center | Los Angeles, last June; and followed that up in December with the inaugural edition of the artist-inspired/artist-run pop-up flea The Street & The Shop, the third edition of which debuts in 2020.]