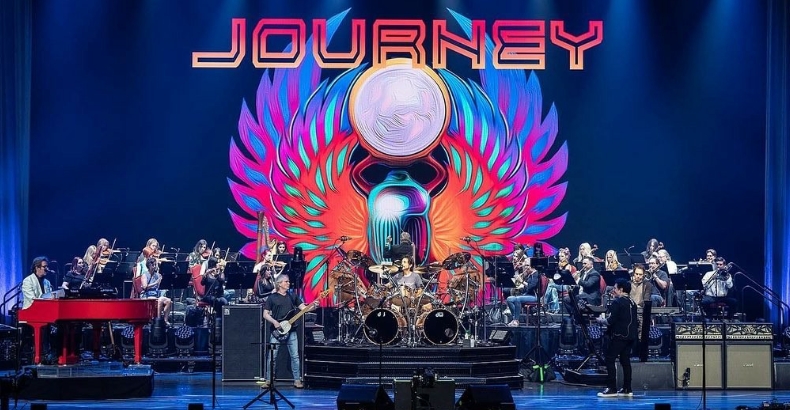 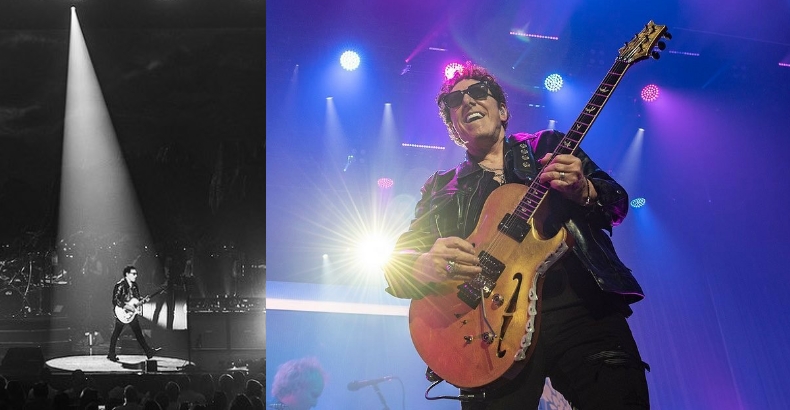 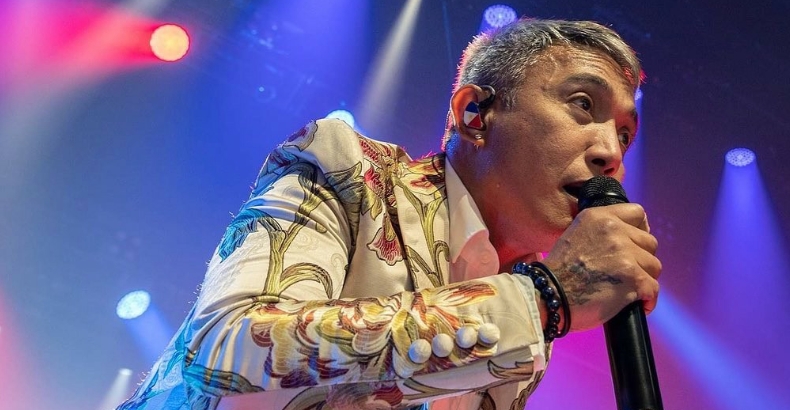 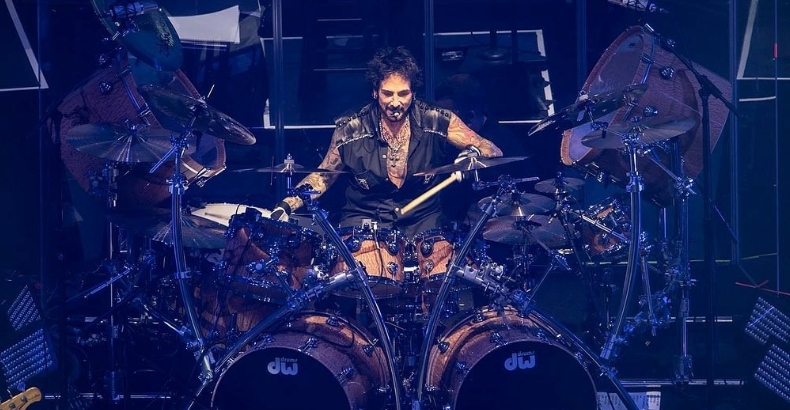 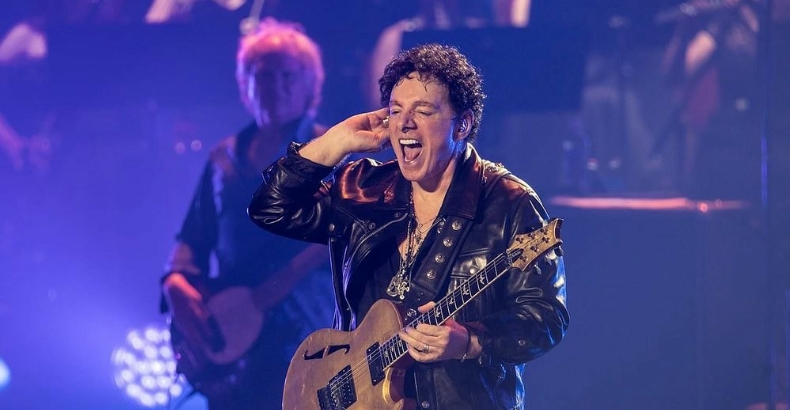 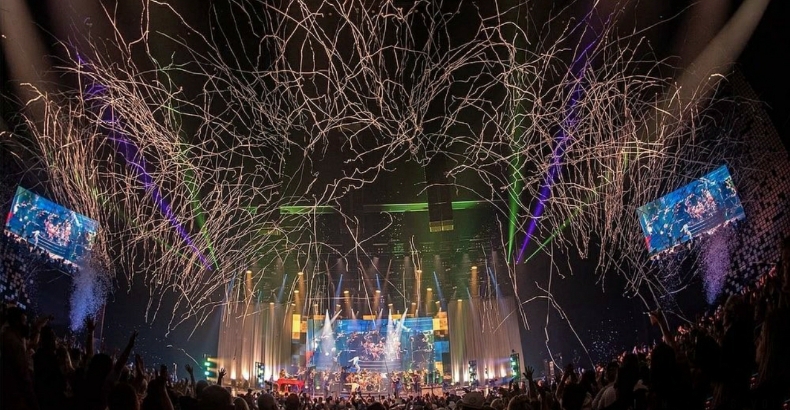 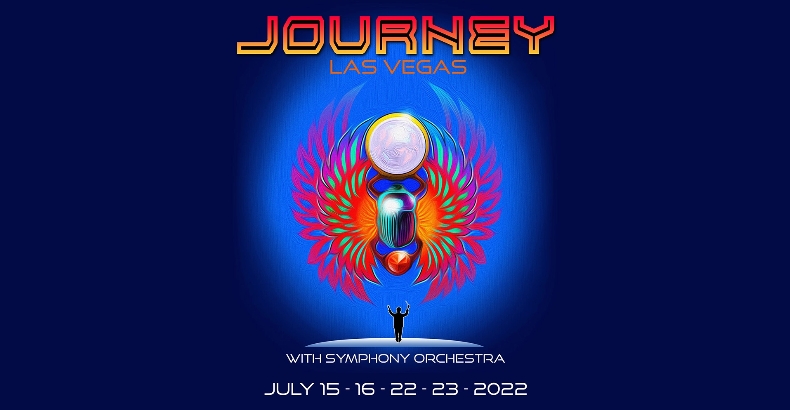 As someone whose birth places him at the tail-end of Generation X, I grew up listening to Journey (during the band’s Steve Perry era).  A lot of Journey.  Between radio and MTV, they were pretty damn ubiquitous.  To wit, Journey is one of the world’s best-selling bands, having sold more than 80 million records, worldwide; and with more than 48 million sold, domestically, they rank as the 25th best-selling band in the United States.  The epitome of ‘80s arena rock, Journey was inducted into the Rock and Roll Hall of Fame in 2017 and holds the record for the second highest number of Top 40 singles in the US without a Billboard Hot 100 number one single, with 19, six of which made it to the Top 10. *

And those hits have been woven into the tapestry of our popular culture lexicon.  “Only the Young” played during the opening credits of Vision Quest (1985). “Faithfully” played during a bar scene in Talladega Nights: The Legend of Ricky Bobby (2006), as well as on episodes of Glee and The Goldbergs.  “Open Arms” appeared in The Last American Virgin (1982) and I Now Pronounce You Chuck and Larry (2007), as well as on episodes of General Hospital and South Park.  “Lights” has become a theme song for the San Francisco Giants, with the song being performed live at different games of the World Series in 2010, 2012, and 2014.  “Lovin’, Touchin’, Squeezin’” was performed on the pilot episode of Glee and appeared on an episode of American Dad.  “After the Fall” played in the film Risky Business (1983); while  “Be Good to Yourself” can be heard in the film White Water Summer (1987).  “Any Way You Want It” can be heard in Caddyshack (1980), and on an episode of Better Call Saul, as well as performed karaoke-style by Jim Parsons and Christine Baranski on an episode of The Big Bang Theory, and performed by Mary J. Blige, Julianne Hough, and Constantine Maroulis in Rock of Ages (2012).

And then there’s “Don’t Stop Believin’,” which, with over seven million copies sold in the US, is the best-selling digital track from the 20th century.  The song received the Grammy Hall of Fame award in 2021, and there’s no doubt that the world has continued to believe.  The San Francisco Giants play “Don’t Stop Believin’” during the 8th inning of every home game, while the Detroit Red Wings tend to play it at all of their home games (during which the volume is lowered during the line “born and raised in south Detroit” so the audience can sing it).  Rolling Stone ranked it 133 on their list of the 500 Greatest Songs of All Time.  The song was the closing number in the musical Rock of Ages, and in the 2012 film version was performed by Alex Baldwin, Mary J. Blige, Diego Boneta, Russell Brand, Tom Cruise, Julianne Hough, and Catherine Zeta-Jones.  But wait: There’s more!  Not only was the song performed on six different episodes of Glee; but on The Sopranos, it played during the final scene of the series finale.

Suffice it to say that if you are over thirty, the songs of Journey likely resonate with you.  And now, Journey is in the midst of a mini-residency in the Resorts World Theatre at Resorts World Las Vegas—a truly well-designed venue, with comfy seats (with cupholders), great sightlines, and room enough between the rows that you needn't stand up when someone is attempting to get past you to their seat—with the first two nights held on Friday, July 15, and Saturday, July 16, and the final two nights being held on Friday, July 22, and Saturday, July 23.

Finally, cheers to AEG Presents Las Vegas for suggesting (and then insisting on) the use of the orchestra when putting together this residency with Journey!  Frankly, the result was so good that I’m hard-pressed to think of any of these incredible Las Vegas residencies that wouldn't benefit from some sort of orchestral accompaniment.  It really elevates an already great show to one that is truly memorable.

The setlist from Journey with Symphony Orchestra, at Resorts World Theatre (July 15, 2022), was as follows:

[Editor’s Note: * Electric Light Orchestra holds the record, with 20 Top 40 hits without a number one single.]