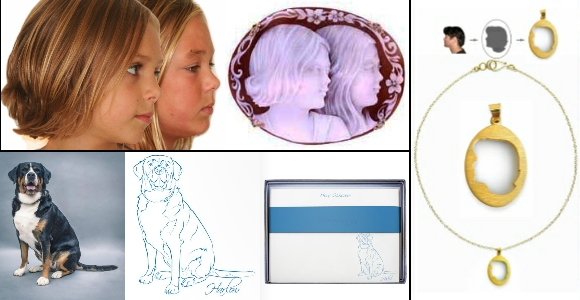 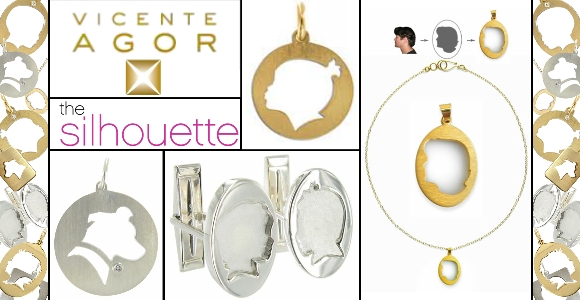 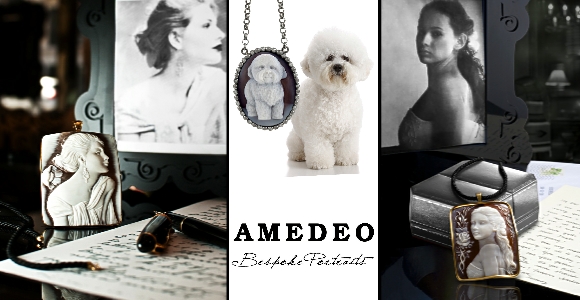 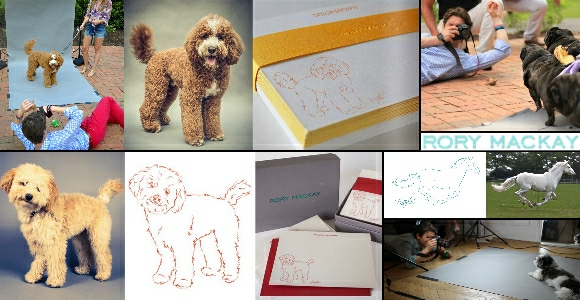 When I saw that the incredible Punch Hutton (whose taste is only surpassed by her curatorial panache) had included the custom ‘dog tags’ from my friend Vicente Agor’s ‘Silhouette’ collection, in her “Hot Gifts” round-up, for Vanity Fair, I thought “How clever!  Dog tags with actual dogs carved into them!  Those guys are really onto something, here.” And I filed it away, in the ever-expanding clutter of my mind, and made a note to bring it up when I saw Vicente and Michael (Pfeffer, Vicente Agor's not-so-silent partner - as regards both the man and the brand) at the annual COUTURE show, at Wynn Las Vegas, the following summer.

Fast forward six months, and I was setting-up for the FMXV party, during COUTURE, celebrating the fifteenth anniversary of Faraone Mennella. There, the brand’s dynamic duo, Roberto Faraone Mennella and Amedeo Sconamiglio (childhood friends, law school chums, and business partners) presented me with a ring from AMEDEO, their ten-year old jewelry line that features hand-carved cameos, with whimsical subjects, in modern settings.  But this cameo had a special meaning; as there, looking up at me, carved into the sardonyx shell, was none other than my 15-year-old miniature schnauzer, Sammy!  I nearly cried, upon seeing my faithful terrier, forever commemorated, as the subject of one of AMEDEO’s Bespoke Portraits.  Choking back tears, I looked at Amedeo, and said “Sammy’s a cameo: He’s Sammeo!”  To which Amedeo, the charming giovanotto he is, declared, “No!  Not Sammeo: Sammydeo!”

Later that month, I retreated to Central New York’s Skaneateles Lake, where I’m so graciously hosted each year, on my summer sojourn, at Hollow Leg Hall (in the appropriately dubbed “Shulman Suite”).  Once I’d undertaken my unpacking, I noticed an invitation on the bureau, engraved on a nice cardstock, inviting people to an event with renowned artist Rory Mackay.  The happening had happened, as it were; having taken place on the same rolling lawn, that extends, like a lush green carpet, below my window.  And on the invitation was an incredible rendering of #GrahmTheDog (my darling dog away from dogs; who rules the roost in this, my home away from home).  This time, I thought to myself, “The only people who want customized renderings of their loved ones, more than grandparents, are animal people!  Very smart!”  And I made a mental note to speak with my delightful hosts about this Mackay fellow.  I asked #GrahmTheDog; but when I showed him the invitation, he took it as an invitation to play tug o’ war.  (We did.  He won.)

So, here’s the skinny, with each of the above.  All of them begin with a photograph.  Once you’ve sent him the image that you want immortalized, Vicente will sit in his San Francisco studio.  There, he will take his trusted jeweler’s saw in-hand, and hand-cut the silhouette into either sterling silver or 18kt gold, for cufflinks, or out of the same materials, for pendants.  And to spruce it up, if you so desire, he will add a precious (or semi-precious) stone; just to add a bit of sparkle, and to customize your piece(s) that much more.

Upon receipt of your photograph, Amedeo will descend upon a dimly lit room, in Torre del Greco, Italy; the undisputed capital of shell cameo-carving.  There, the carver (likely a relation of Amedeo’s, himself a 6th generation cameo-maker) will hand-carve the image, in bas relief, onto sardonyx shell (this most highly-prized of all shells for cameo carving, comes from the Cassis Madagascarensis, or Emperor/Queen Helmet Snails, that are found in the warm waters of the Caribbean and the Gulf of Mexico.  It takes its name from its resemblance to the layered 'sardonyx' agate).  The resulting cameo will then be set in 18kt gold, as a ring, pendant, necklace, bracelet, cufflinks, hatpin, brooch, or whatever form your heart desires.

The process with Mackay often begins with Rory, himself, photographing his subject(s) – a skill he honed at London’s prestigious Central Saint Martins, along with the mixed-media painting and printmaking that dovetailed into his métier.  Following this, he will return to his Palm Beach studio, where he will hand-render an illustrated version of the photo, that he’ll then transfer to a custom plate.  Finally, employing that centuries-old art known as Letterpress Printing, he will use that plate to engrave the cardstock that you’ve previously designated, from the selection of duplexed blends, created especially for Rory Mackay Designs.

Really, there’s nothing too profound that I can say about these; except this: If the thought of immortalizing a version of your pet or child or beloved (whether in the form of jewelry or stationary) doesn’t make your heart beat a little faster or your smile grow even larger; just remember – artistic license is even better than PhotoShop!

Get into it!
#Bespoke