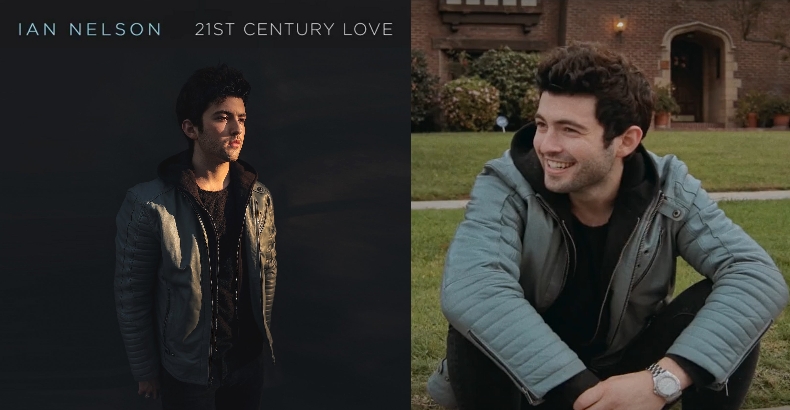 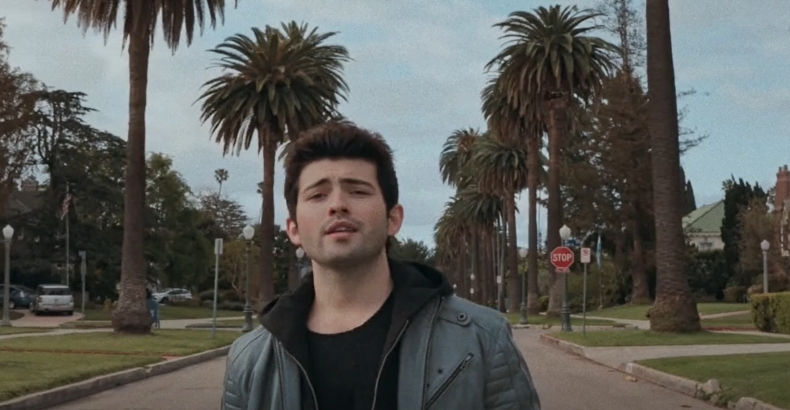 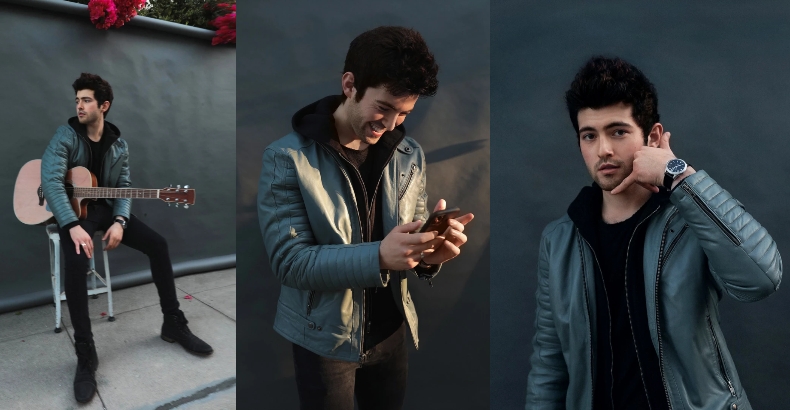 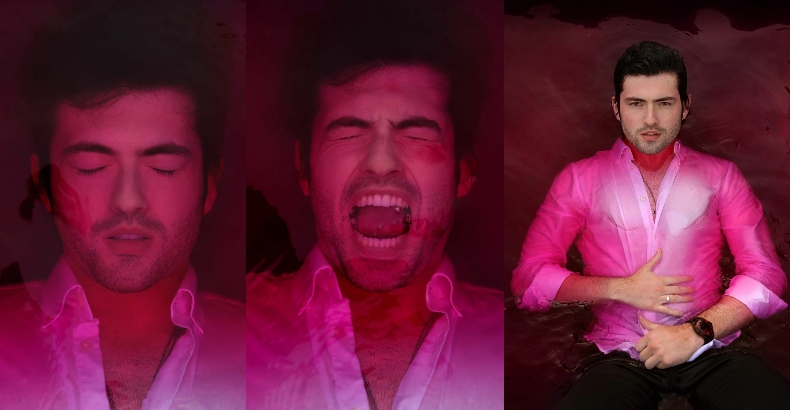 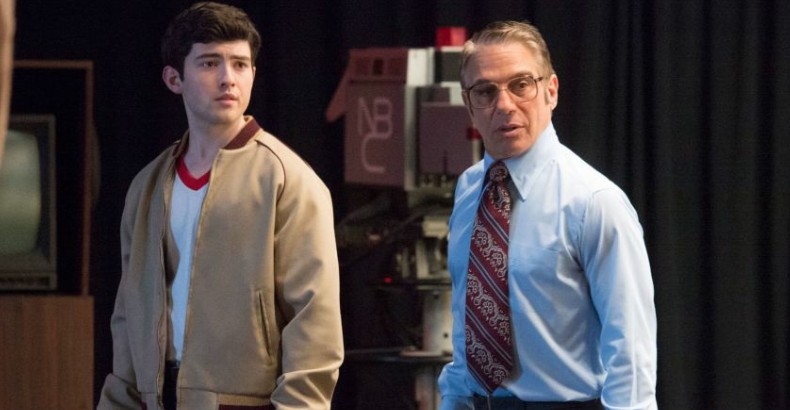 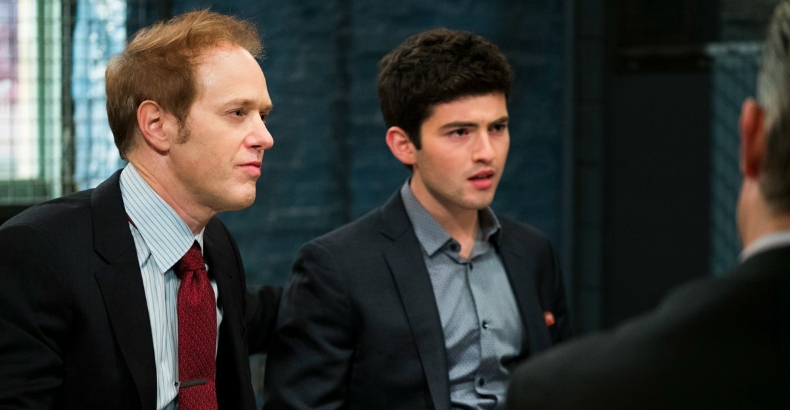 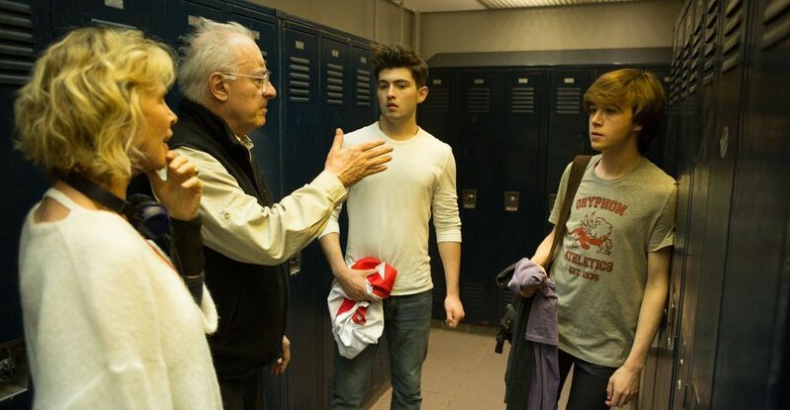 Ian Nelson is one of those people around whom one cannot help but smile.  Talented, polite, both well-read and well-spoken, and possessing a genuine affability; Nelson is, to put it bluntly, pretty damned charming.

Best-known for roles in films including The Judge (opposite Robert Duvall and Robert Downey, Jr), The Boy Next Door (opposite Jennifer Lopez and Ryan Guzman), and Freak Show (opposite Alex Lawther, Laverne Cox, and Bette Midler), as well appearances on such popular television series as Teen Wolf, Criminal Minds, and Law & Order: SVU; Nelson first appeared on-screen in 2012’s The Hunger Games, as the unnamed tribute from District 3.  And while the siren calls of the silver and small screens continue to beckon, Nelson has spent most of 2020, quarantined in Los Angeles, working on his debut single, “21st Century Love.”

Now, you’re probably thinking: “An actor who decides he can be a recording artist?  How original.”  And I’ll admit, I was initially leaning in that direction, myself.  Then I listened to the song, and it was kinda great!  Beautifully engineered with lush almost symphonic orchestration, “21st Century Love” combines the pop sensibilities of Justins Timberlake and Bieber with a voice that harkens back to those of soulful jazz vocalists like Bobby Hebb and Al Jarreau, with a hint of Jamie Cullum thrown in for good measure.

Recently, I spoke with Nelson about his time quarantining, his approach to music, his time in front of and behind the camera, his affinity for boy bands, authenticity, and the process he went through to record his first single and its music video.

First, how are you?

I'm excited, to be honest. But I've got to say, I've been lucky for most of this quarantine just to have a task, which has been finishing this song and getting the music video ready.

How old were you when you first learned to play the guitar?

When I got my first guitar, I was 19, I think. And I bought it as a celebration, a present to myself for booking a film at the time called The Judge with Robert Downey Jr. and Robert Duvall. And this was the first time I was ever going to be on set by myself.  So, I bought myself a guitar and brought the guitar up to Boston for the shoot.

And when did you write your first song?

I wrote my first song last year.  I had a vocal teacher named Dave Stroud who's based in Los Angeles. And in maybe our second voice lesson together, Dave said, "You can't just sing other people's songs." I said, "What do you mean?" He said, "You've got to start writing your own songs at some point." And I've never heard that concept before. And Dave's like, "Yeah, you should write songs."

I ignored him, and I was like, "Oh my God--" I was like, "I don't want to do that." I was very resistant to the idea. It was crazy. And then I started writing a musical, and to write that musical, I had to learn how to write songs. And then after spending six or seven months working on this musical, I found myself on location in Syracuse, New York working on a film called Paper Spiders.  I had my guitar with me, and because I’d put so much work into learning how to write songs for the show, I took a crack at writing a pop song. I started studying structure and different ways to structure pop music. And I was listening to everything like The Beatles and Taylor Swift and John Mayer and Eric Clapton and trying to figure out how all these different people wrote songs.

So that first song I wrote became a demo that I recorded with a friend, here in Los Angeles. I shared the demo with Dave, and Dave introduced me to a music producer named Jacob McCaslin.  And by this point, probably a year-and-a-half ago, I had probably written three songs.  And I went to Jacob, and we were going to do a demo of this one song that I'd written.  Then, when I played it in the room for him, I was like, "You know what?  Actually, man, I got this other one. I got this thing I was just working on," and I played him this very weirdly-structured song.  I’d tried to do a verse, verse, verse, kind of like an atypical structure, and I played him this song that became “21st Century Love.”

Do you play the instruments on the song?

I've been so honored in my career to have been able to work with people who are the best at what they do.  And I understand that when you're making a piece of art, it's not about you: It’s the art that is the priority.  I don’t think it should be personal with art.  It's always a matter of how do we create the best product?  Since I'm nowhere near as good of a guitarist as Jacob, it made no sense for me to play the guitar.  Ego was irrelevant at that point.

Absolutely!  Structured poetry.  Minimalistic poetry.  So, Jacob's been like a guitar mentor to me, teaching me different voicings of chords, and how to get better.  I mean, I practiced throughout quarantine for a minimum of two hours every day.  Some days, it was four-plus hours.  I was just playing all the time because I know that as an artist, my job is to constantly be growing and getting better.

So, I was like, "Okay. I can play the guitar well enough to write songs, but I need to get to the point where I can play my guitar, no problem, performing live." And so, this whole quarantine, for me, has been a real growth period of just having the space to just get better.  It was a very fruitful time for songwriting and for producing, whether it was the songs themselves, or the couple of music videos we’ve done.

One of the things I really enjoyed about the song is that it’s very lush, almost symphonic. Did you intend for it to be that way?

That's something that I love so much about Jacob; he is a very authentic producer. He doesn't use a computer to create these sounds: He actually plays the instruments.  Take the track we’re working on right now: He's getting a real drummer for the track.  That sounds obvious, right?  But that’s not the way that most music is made today.  So much of it is very cookie-cutter and computerized.

And there are great songs that are made in that way, but Jacob has a real soul that he brings to these songs. He loves creating these sounds.  So, when you say that there's a lushness to the track, what I think of is the bridge where it goes, "I fell in love with you right on a screen. This kind of love don't play for keeps." And in the background, it goes, "Love don't play for keeps.”

I guess you could say that those harmonies were inspired by the NSYNCs of the world, who I love. I love those beautiful boy band harmonies, and I love when there's just-- I don't know. Maybe this isn't really good or whatever for people to know about me, but I love those boy bands. They were the inspiration for that “Love don’t play for keeps,” just this beautiful harmony.  Jacob calls it ear candy

Did you sing the backing vocals and harmonies?

So, all the voices in the song are yours?

As far as I know.

Do you and Jacob have a process?

So, for “21st Century Love” the idea was that we were going in to make a demo of a different song, but I just finished writing this. I've finished writing this-- I don't even know. It was an unfinished song, essentially. But I played the song in the room, and we decided to start writing on the spot. So, it was an unconventional setup. We didn't know what we were getting into.  Then Jacob called me a couple of days later and said, "Dude, I want to produce this. Forget the demo. I think we should produce this song,” and that’s how “21st Century Love” came about.

What kind of guitar do you play?

I love my guitar.  I have an Epiphone Masterbilt Frontier.  So, Gibson [Epiphone’s parent company] sponsored a film I did called Summer Night and did product placement in the film. So, I reached out to the contact that I had at Gibson, probably five or six months ago, and told her that I was coming out with my debut single.  She invited me down to the showroom, and I was essentially just playing with the guitars, when they handed me this Epiphone Frontier, from a few years ago (I don't even know if they make it anymore); and the second I touched it, I was just like, "Okay, this is my guitar."

Yeah!  No, I'm not even kidding.  There are "better" guitars in the world; but when I touched that guitar, I was like, "This one feels right."  And that's what I've written most of my songs on.  It's such a gift.  It's really just a loaner: Eventually, I’ll either have to give it back or buy it.  But they haven't asked for it back, yet!