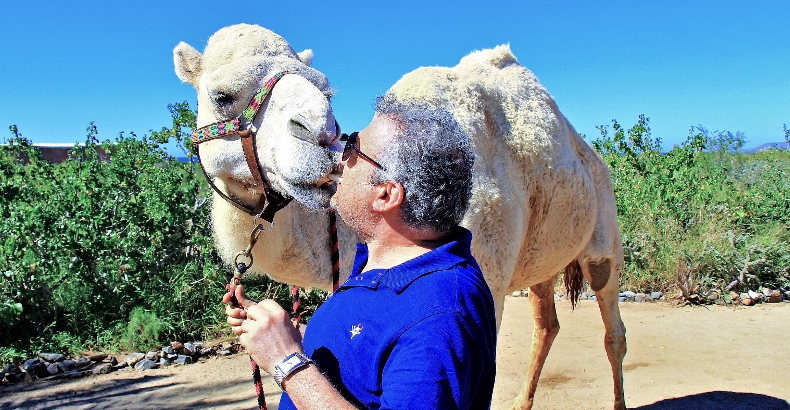 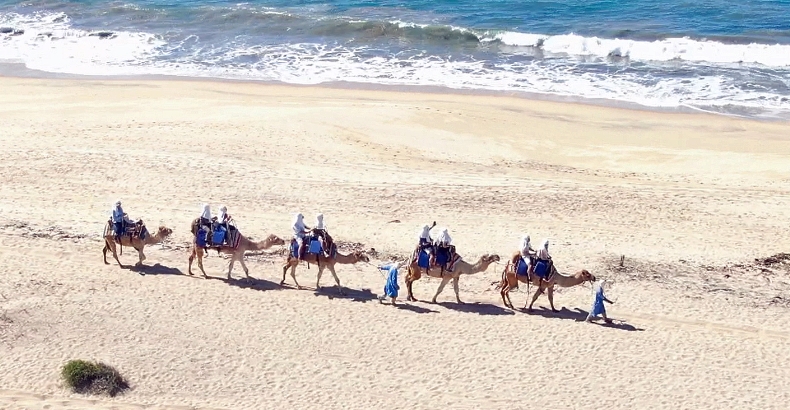 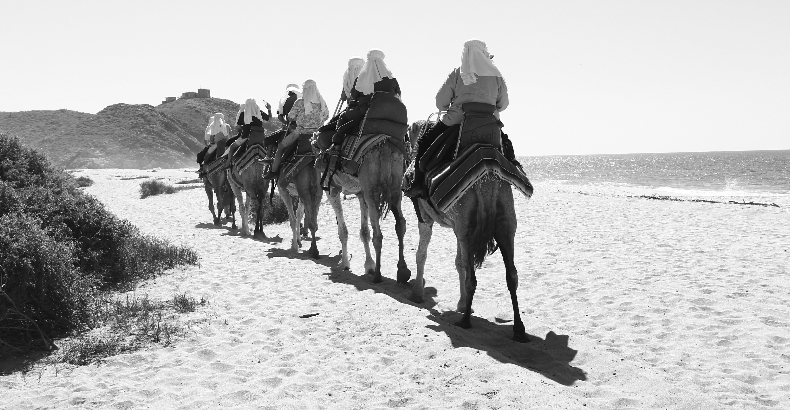 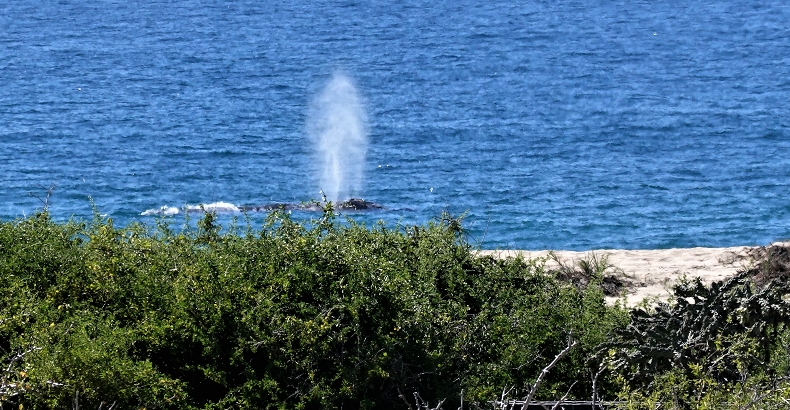 Having signed up for the “Mexican Outback and Camel Adventure” tour, I joined my stepmom, my stepsister, and her boyfriend, as well as a dozen or so of our fellow cruisers, on a five-hour expedition that would be highlighted by a ride on a camel.

We were loaded onto a bus that drove us to Rancho Tierra Sagrada, a secluded beachfront nature reserve, in San Carlos, Baja California Sur, roughly an hour from the port of Cabo San Lucas.  It is here that Cabo Adventures operates their camel-riding tours, as well as ATV rides, swimming with dolphins, zip lines, and whale-watching experiences.  But we were there for the camels, and they were not at all what I’d expected.

The first questions that nearly everyone has asked me since the experience are whether the camels spit, and how they smelled.  For starters, camels don’t technically spit; they huff. * That would be llamas that spit.  The camels we encountered—most of which were ‘rescue’ camels, acquired from circuses across North America—were incredibly docile and sweet. **  Also, they were well-groomed and really didn’t smell like anything.

Our guide, Pato***, told us that Cabo Adventures had brought a Tuareg gentleman from North Africa to work as the camel wrangler; and that because Baja California Sur and the Sahara are both subtropical deserts at the same latitude, Dromedaries (Arabian one-humped camels, as opposed to the Asian two-humped Bactrian camels) are as ideally suited to the former as the latter.  I found Pato’s camel factoids both interesting and informative; despite feeling a bit like being in school (albeit in a shady paddock just off a spectacular beach).

Did you know that when camels walk, they use both legs on one side of their body, then both on the other?  I didn’t.  What’s more, when walking (as in a caravan), camels walk in a single-file line, with each camel following the alpha-camel stepping into the alpha’s hoofprints, as though playing a lifelong game of Follow-the-Leader!  This is to make walking on the sand simpler for the younger, weaker camels, who have the benefit of walking on the sand packed in the previous camels’ hoofprints.  And the hooves are actually toes that spread-out, making it easier to maintain balance in the shifting sands.

In retrospect, I’m pretty impressed by the amount of Trivial Pursuit fodder we gleaned in twenty or so minutes.  For instance, camels have three eyelids, with their upper and lower eyelids (both of which have eyelashes), as well as a third that’s a thin membrane that allows them to see during sandstorms.  Also, camels do not store water in their humps.  Who knew?  It turns out that the hump is where they store fat, allowing them to dissipate heat from everywhere else on their bodies.

Now, having received our primer on camels, it was time to meet our mounts.  Instead of having the camels kneel (which puts stress on their knees), Cabo Adventures has constructed a platform atop a flight of stairs, alongside which the camels queued up—rather like a cross between a train platform and a drive-thru—allowing us (two-at-a-time) to lift our right legs and straddle our respective camels.

With two guides leading the five camels in our caravan, we headed out to the beach.   The camels at Cabo Adventures apparently belong to a fantastic union, because they work for roughly 4 to 5 hours, every other day, in 15 to 20-minute shifts (i.e. the average time of each ride); with half of the herd working one day, and the other half the next.

The camel ride was really cool, and the scenery was gorgeous.  As we were plodding down the beach, someone yelled something about seeing some whales, offshore.  Now, I was on the back of the second camel, and if you look at the slideshow, above, you’ll notice that the drone photo shows me holding up my iPhone in my left hand.  This was me trying unsuccessfully to film the whales.  And while we were instructed to keep both hands on the saddle, at all times, I was able to balance by shifting with the camel’s predictable back-and-forth gate.

After our camel ride, we were able to pose for photos with Powder, a particularly amiable camel, who—if you held a stick of jicama or carrot in your teeth—would eat a stick of jicama or carrot, right out of your mouth (if you held it in your teeth) giving the appearance of a kiss.  With the benefit of watching the other members of my group react to sight of a camel coming right at their respective heads with his mouth open; I decided that I’d put the jicama in my teeth, close my eyes, and hope for the best (since, with my sunglasses on, you couldn’t see my eyes).  As you can see in the slideshow, this totally worked!

As for the rest of the afternoon, Pato led us on a picturesque nature walk, pointing out the relevant flora; after which we were shown to the covered eating area, where we were presented with a fantastic ranch-style Mexican lunch buffet featuring salads, chicken mole, short ribs, and a quesadilla station with made-while-you-wait corn tortillas.  Then there was a tortilla-making tutorial, and finally a tequila and mezcal tasting.  After this, it was back on the bus, and back to the ship.

So, if you find yourself down, Mexico-way, looking for something a bit out of the ordinary (and incredibly Instagram-worthy), I highly recommend that you take the time to ride a camel.  Because, while I may not have felt like Laurence of Arabia, I was thrilled to be Shulman of Baja!

[Editor’s Notes: * Camels bring up their stomach contents and “huff” it out, along with saliva.  This act, akin to projectile vomiting, is used by the camel to distract or surprise anything by which it feels threatened.  If you see a camel impersonating Satchmo, get out of the way, because that camel is about to hurl // ** A result, it was explained to us, of the males having been gelded, and there being only one female // *** His given name is Donald, but since childhood, his nickname has been ‘Pato’ which is Spanish for ‘Duck’.]