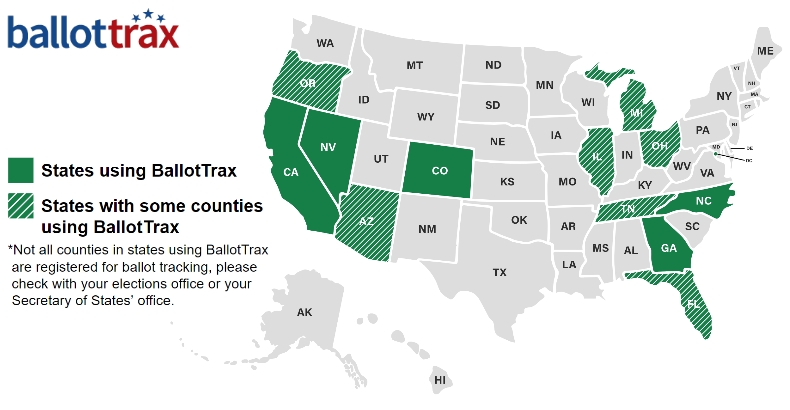 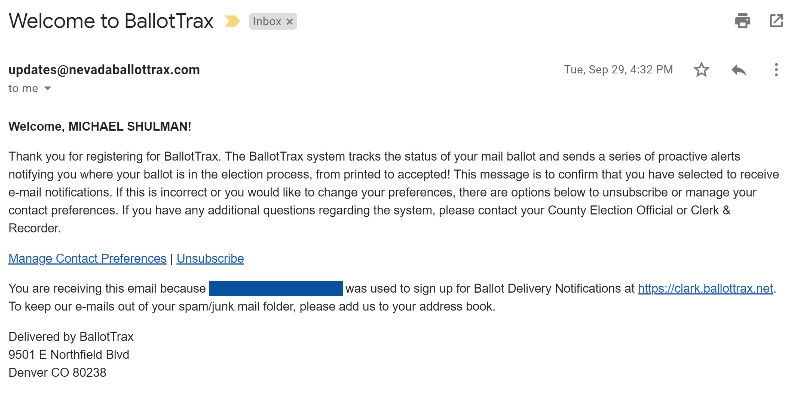 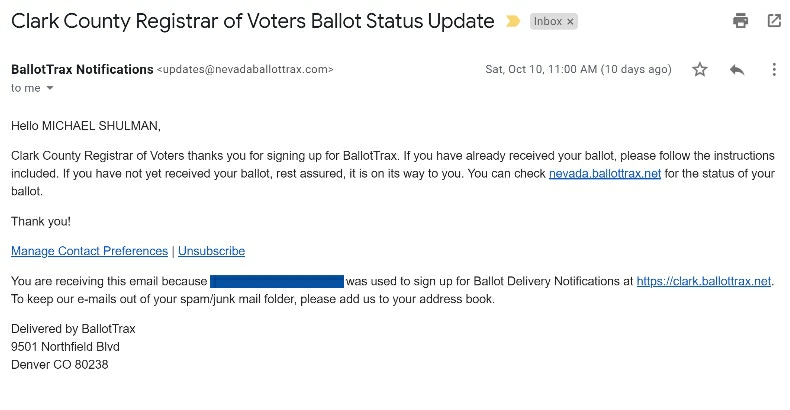 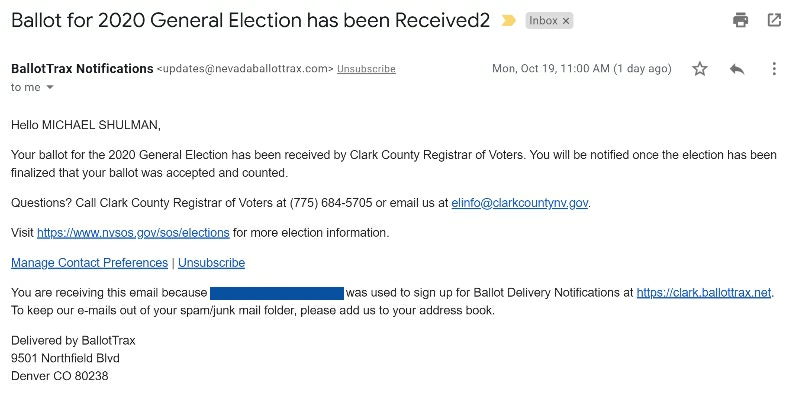 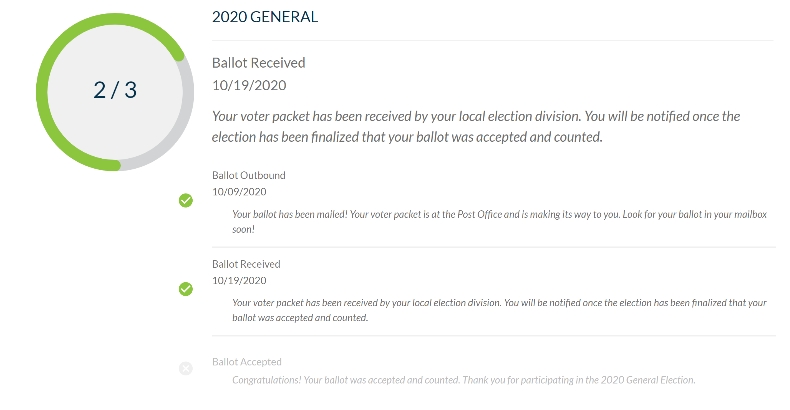 With all of the nonsense flying around regarding the legitimacy of mail-in ballots (or lack thereof), I was pretty psyched when I received an email, last month, from the Clark County Registrar of Voters, asking if I’d like to sign-up for BallotTrax.  What’s BallotTrax, you might be asking?  BallotTrax is a simple-to-use, patent-pending program—designed by Denver-based i3Logix, Inc—to track the status of mail-in ballots in participating counties and to alert participating voters (via their choice of email, text message, or phone) as to the status of their respective ballot in the process.

With regards to Election 2020, BallotTrax is being utilized statewide in California, Colorado, Georgia, Nevada, and North Carolina, as well as in the District of Columbia, and in select counties in Arizona, Florida, Illinois, Michigan, Ohio, Oregon, and Tennessee.  Seeing as I’d been turned on to them by the Clark Country Registrar of Voters, you better believe that I signed-up, tout de suite.  And, it’s been great!

Now, to those doubters, sticks-in-the-mud, conspiracy theorists, and all-around haters who will no doubt muse that my notification was not tailored to me and was sent to everyone; I would point out that there’s absolutely no way that anyone, myself included, could possibly have predicted that I would wait a day after receiving my ballot to sit down and fill it out.  Nor could anyone have foreseen that I’d neglect to mail it in for a few days, after having filled it out; and that I wouldn’t actually drop it in my outgoing mail slot until late at night on Thursday, October 15.

Seeing as my ballot was picked-up by my mail carrier on Friday, October 16, the notification of its having been received by the Clark County Registrar of Voters on Monday, October 19 means that the US Postal Service most definitely processed my ballot as First Class Mail; and rather expeditiously, at that!

Get into it!
#BallotTrax